This is a list of ten mysterious letters tied to different crimes. Solving the identity of the author or cracking the code of the messages would be major breaks in the case. After reading this list have a crack at seeing whether you can solve any.

This is the least deadly entry on the list. The letters were sent from Syracuse in 1997, 1999, 2002, 2010, 2011 and 2012. Each letter contained white powder, which the writer claimed was anthrax. It later proved to be baby powder or laundry detergent. Five letters went to Bishop Ludden High School from 1997 to 2010, three went to Le Moyne College from 1999 to 2002, one went to Rep. Ann Marie Buerkle’s office, one was sent to Gaylord Bros., a library supplies manufacturer in North Syracuse and the other eleven went to military and police associations, non-profit groups, government officials, private businesses and TV celebrities all across the East.

The FBI believes the letters are all written by one deranged man who is over the age of thirty-five. He has probably been in contact with the mental health system. He is probably a loner who has problems functioning in society. He also has a fascination with H.P. Lovecraft because he includes passages from him in his letters. The FBI is currently looking for tips on possible suspects. 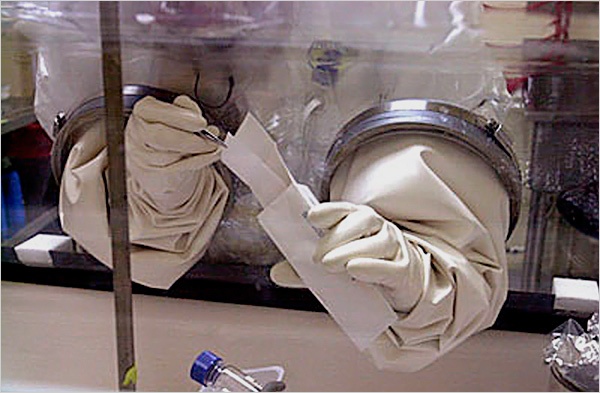 After the 9/11 attacks, seven letters were mailed containing actual anthrax spores. Two sets of letters were sent out, the first to ABC, CBS, NBC, AMI and the New York Post. The other set were sent to two Democratic senators—Tom Daschle of South Dakota and Patrick Leahy of Vermont. Altogether five people were killed and seventeen people were infected.

The notes seemed to indicate that the letters were sent by Muslim extremists because of the message—“death to America and to Israel.” Authorities believe this was misdirection employed by the letter writer.

The FBI believes Bruce Edwards Ivins, a bio-weapons defense expert, was responsible for the attacks. When the FBI asked the National Academy of Sciences to review their work they came to the conclusion that—with the information available—they would not be able to prove that Ivins created the anthrax. There have been many people including senior microbiologists and other Senators and Representatives who either believe Ivins’ is not responsible or he did not act alone. Ivins committed suicide in 2008. 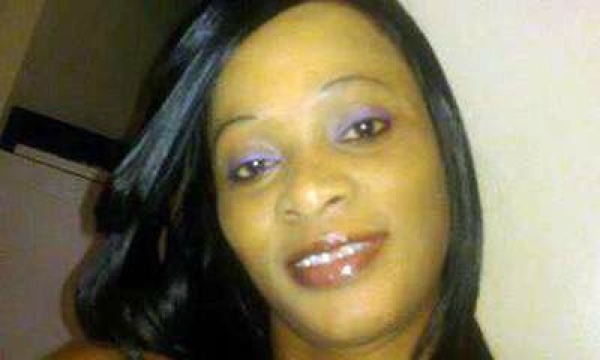 On October 20, 2012, thirty-eight year old mother of four, Vindalee Smith was found dead in her Brooklyn home with a gaping wound in her neck. Smith was eight months pregnant and was going to get married the next day. Her fiancé was Anthony Jackman, who was already married. Under her body was a computer printed note saying: “I will kill one pregnant woman a month starting now until Lee Boyd Malvo is set free!” The note was signed “the apprentice” along with a smiley face.

Malvo along with John Allen Muhammad were the D.C. Snipers who were responsible for the death of ten people. Police believe the note was used to throw investigators off. No one has been arrested in connection with the death.

On May 1, 2008 shopping center magnate Harold “Hal” Wenal came home to find his wife of twenty years, Eva Kay, dead in a pool of blood. The sixty year old former model was beaten and had her throat slit. She was apparently attacked as soon as she opened the door to her home. Despite the Wenal’s wealth and home full of valuables, nothing was taken from the house.

In July 2008, a cut-and-pasted letter was delivered to the Atlanta Journal Constitution. The letter seemed to be an explanation of why Eva Kay was murdered indicating she may have been having an extramarital affair. Authorities believe the letter is genuine and from the murderer. 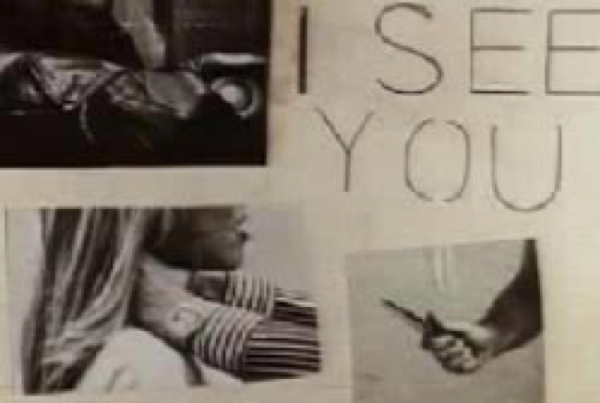 The Cindy James case is an unusual crime that took place in Richmond, British Columbia. Forty-four year old Nurse Cindy James was being stalked by a supposedly unknown assailant. Starting four months after her divorce, James was the victim of nearly one hundred incidents of harassment. This included threatening phone calls and notes left on her front porch. When the police got involved, things escalated. James was found bound and gagged outside of her home. Another time she was stabbed through the hand with a paring knife. According to friends and family, the stalker wanted to scare her to death.

The police—on the other hand—believed that James was writing the notes herself and making up the phone calls. She was even committed to a psychiatric hospital.

On May 25, 1989, six years and seven months after the first threatening phone call James went missing. Her car was found in a neighborhood parking lot. Her groceries were still in the car, her wallet was under the car and there was blood on the door. Two weeks later on June 8, 1989 James’ body was found in an abandoned house with her hands and feet tied behind her back and a black nylon stocking tied tightly around her neck. The cause of death was a drug overdose of morphine. Despite being found tied up, Police concluded that James committed suicide. The author of the notes was never discovered. 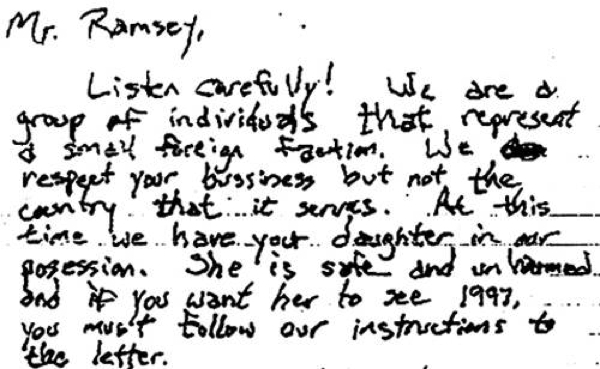 The bizarre case of JonBenét Ramsey started on December 25, 1996 when the six year old child beauty pageant queen was believed to have gone missing from her home in Boulder, Colorado. Sadly her body was found in the wine cellar of the family home eight hours after she was reported missing. She was found under her favorite blanket with a nylon rope tied around her neck, her hands tied above her head and duct tape on her mouth. There were also indications that she was sexually assaulted. Her skull was fractured from being struck with a blunt object. A tweed cord combined with a paintbrush made a garrote that was used to strangle her.

JonBenét’s mother found a two-and-a-half page handwritten ransom note asking for $118,000 which was almost the exact amount of JonBenét’s father’s bonus from work. The letter is a longer than normal ransom note, and it seemed to indicate that it was from a group of foreigners. The letter contains many threats to the Ramseys telling them not to go to the authorities.

Authorities believe the author of the note is the murderer but have yet to find a match for the handwriting or a match for the DNA left on JonBenét’s body, though some speculated that the writing matched that of JonBenét’s mother. 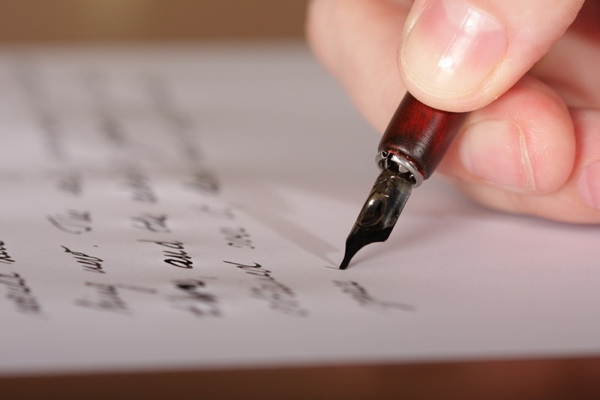 Circleville is a small city in Ohio that has a population of over 13,000. Its biggest event is the annual Circleville Pumpkin Show. It is also the home of a mysterious letter writer known as the Circleville Letter Writer.

Starting in 1976 residents of Circleville began receiving mysterious, vindictive letters. Thousands of letters, written in block letters were sent to city officials and even normal citizens. One recipient of the letters was school bus driver Mary Gillespie. She received letters accusing her of having an extra-martial affair with a school official. On August 19, 1977 Mary’s husband Ron Gillispie received a phone call seeming to indicate the identity of the writer. He left his house with his gun to confront the writer. He was found dead a short distance from his house. His car was driven off the road and his gun had been fired once. He died as a result of the crash and it is unknown why he fired the gun. It is unclear if it was an accident or murder.

Later, while driving her bus, Mary saw signs along her route harassing her. She went to take one down and discovered a booby-trap meant to fire a gun at her. The gun belonged to her former brother-in-law Paul Freshour.

Freshour was convicted of attempted murder and was thought to be the Circleville writer. However, while incarcerated the letters continued despite him being in solitary confinement without access to letter writing material and his mail being monitored. He was denied parole because of the letters and received one himself after his parole was denied. 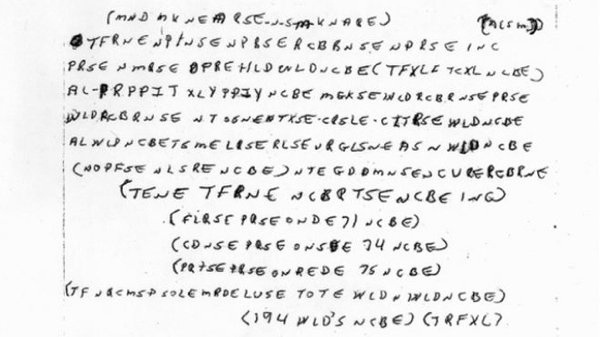 The murder of Ricky McCormick is the top unsolved crime from the FBI’s Cryptanalysis and Racketeering Records Unit (CRRU). Rick McCormick’s decomposing body was found in a cornfield in St. Charles County, Missouri on June 30, 1999. McCormick was an unemployed, high school drop out with a criminal record.

His body was found fifteen miles from his current address in a place with no public transportation. There was no official cause of death but it was not ruled a homicide at the time because there was no reason for the police to believe he met with foul play.

12 years after his death, the FBI announced that McCormick’s death was a homicide and asked for the public’s help with two encrypted notes found on McCormick’s body. Both the CRRU and American Cryptogram Association have been unable to solve the code. They believe the letter was written three days before his death and even set up a page dedicated to asking for help from the public. 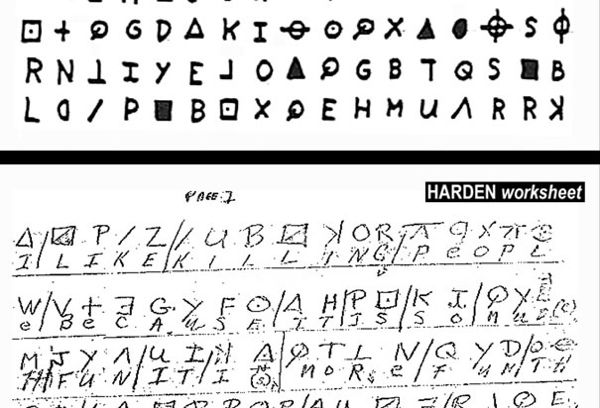 A serial murderer who enjoyed taunting the police and the public, The Zodiac killer operated in California during the late 1960’s and early ’70’s. He claimed five victims in total but injured two as well.

Like our number one entry, the Zodiac created his own nickname in one of his letters—eighteen in all. He also carved messages into a table at a library and a car door at a crime scene. He generally sent the letters to newspapers after the murders. The Zodiac complicated his letters with his use of cryptography. He wrote four coded messages and to this day, only one has been partially solved. It was solved by amateur code crackers Donald and Bettye Harden who read it in the newspaper.

Throughout the years people have been trying to solve the other ciphers. Some have even claimed to have solved them but there is no confirmation that the codes were broken and the crimes remain unsolved. 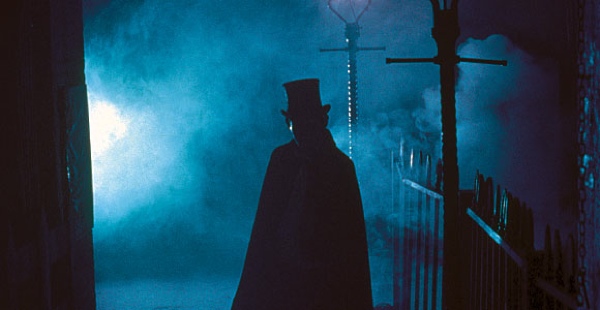 The unknown infamous serial killer was active in and around the Whitechapel area in England in 1888. Altogether the Ripper claimed five victims—all prostitutes. There are three different letters that are thought to be written by the Ripper himself: the Dear Boss letter, the Saucy Jacky postcard and the From Hell letter.

The Dear Boss letter was where the name Jack the Ripper came from; it was how the author of the letter signed off. In the letter, he taunted the police and explained the pleasure he got from the murders. He talked about how he would kill more women and how he planned to cut off his next victim’s ear lobe. He even mocked the idea that the police thought he was a doctor. The letter was given credence when three days later two victims were found; one of them missing an ear lobe.

The second correspondence was the Saucy Jacky postcard which referenced the Dear Boss letter before it was made public and the double murder from the previous night. The postcard also appeared to be smeared in blood. These two letters were both sent to the Central News Agency.

The third letter was sent to George Lusk who was the president of the Whitechapel Vigilance Committee and was written on a three-inch-square cardboard box. Along with the letter was a piece of kidney soaking in wine. One of the victims was missing their kidney, but it could not be determined whether the piece of the kidney was actually from the victim. While the handwriting was similar to the first two letters, it was filled with blatant spelling mistakes unlike the first two. There have been many suspects in the case, but it remains one of history’s great unsolved murder mysteries.