What if nothing in your favorite TV show or movie is how it seems? The extreme fan theories detailed in this list are bound to make you want to watch some of these shows and movies again. 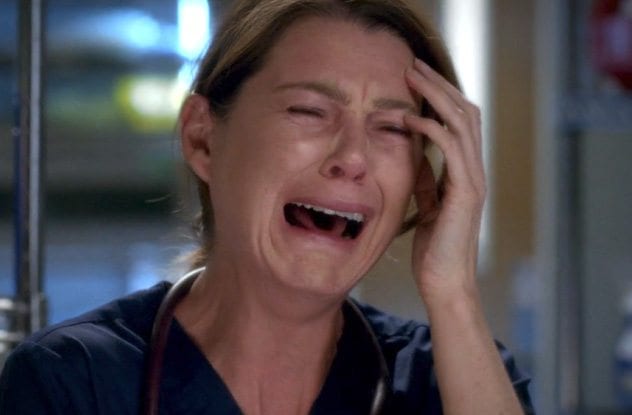 Much of Grey’s Anatomy’s early storyline revolves around Ellis Grey’s battle with and eventual demise from Alzheimer’s and her daughter Meredith’s fear of developing the same disease. However, according to one fan theory, Meredith already suffers from the dreaded disease, and all of her friends and family in the show are the embodiment of the emotions she has forgotten to feel.

The theory further has it that all of Meredith’s voiceovers are her telling bedtime stories to her three children, which might explain why the plot lines of most of the episodes are so over the top and dramatic. This fan theory leaves all of the sad character deaths open to interpretation as well, as none of them may have happened.

9Eleven Is The Monster 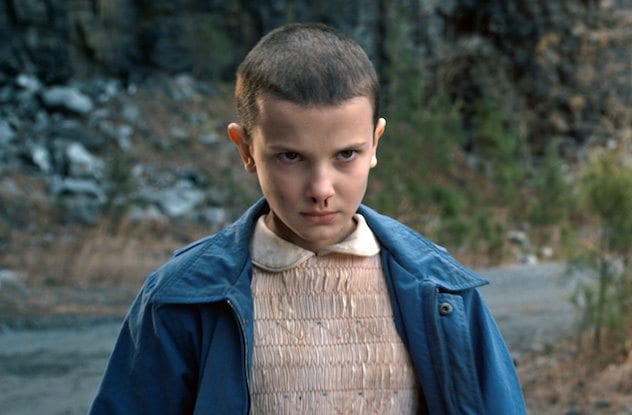 Stranger Things is arguably the best new series to come out of 2016 and has managed to capture the nostalgia of ’80s sci-fi, fantasy, and horror perfectly in just eight episodes. In addition to this, a character named Eleven has managed to earn herself a very large fanbase in such a short time.

Out of this fan base came a topsy-turvy theory. What if Eleven is the monster from the Upside-Down? This theory is based on the fact that Eleven first sees the monster/Demogorgon when she is in a sensory deprivation tank, so she is conjuring up the creature in her mind. Not only does she quote “I am the monster,” but she also disappears after the monster is destroyed.

8The Friends Are All Insane 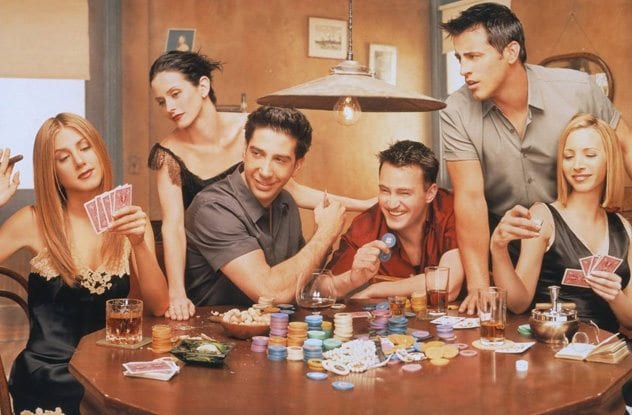 There are quite a few batty theories on the Internet surrounding the most popular sitcom of the ’90s, Friends. These include Ross suffering from Asperger’s, the whole show just being a dream, and Phoebe being addicted to meth. The craziest one, however, has to be the one that claims all six of the main characters are in a mental asylum throughout the show.

It is thought that each of the friends suffered a traumatic incident that caused them to be locked away in a mental institution. For Phoebe, it was her mother’s suicide; Joey couldn’t deal with being the only male siblings in his large family; Ross couldn’t overcome his abandonment issues. Rachel was a sociopath, Monica couldn’t get over being bullied at school, and Chandler’s dysfunctional family life pushed him over the edge. The entire show is therefore just the lives they imagined they would have had.

7Jack Is A Time Traveler 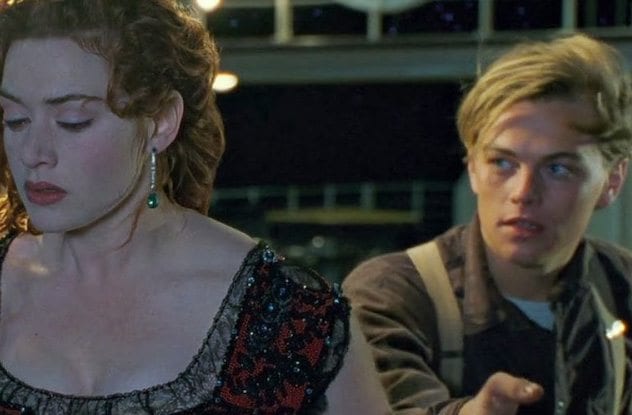 As much as people make fun of the movie now, Titanic was a major blockbuster in the ’90s, with people flocking by the thousand to movie theaters to see the doomed ship on the screen. A rich girl and a poor young man fall in love, only for their story to end in tragedy. An out-there theory suggests something else entirely when it comes to Jack Dawson, however.

Jack may have been a time traveler sent to the Titanic to prevent Rose from killing herself and to ensure the ship will sink. If Rose had indeed jumped into the sea, the ship would have had to stop its journey to save her, which means it may have missed the iceberg completely. Evidence in support of the theory includes Jack talking about ice fishing at a lake that was only built five years after the tragedy and taking Rose on a roller coaster that was only built four years after the sinking. Also, his hair and rucksack were not in the fashion of that particular era in which the Titanic sank. 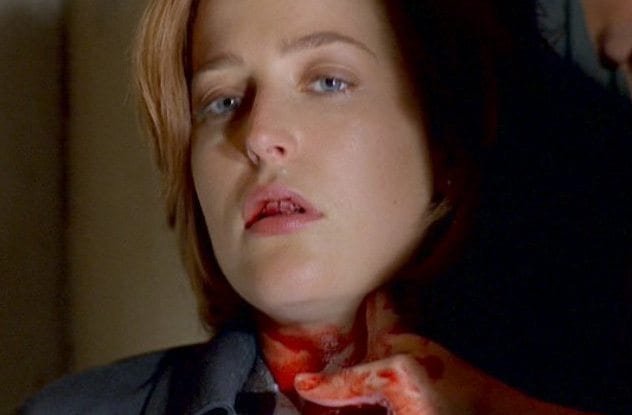 Along with the revived episodes of X-Files came a revived fan theory than first surfaced during the original episodes. Not only is Scully thought to be a believer under her tough sceptic exterior, she is also probably immortal.

During a were-monster episode, Scully joked about her immortality, but the Internet took it as a clue l. Back in season 3, a psychic told Scully she wouldn’t die when she and Mulder asked about their own deaths. It is also theorized that she became immortal in season 6 after avoiding looking at Death. She will therefore be able to save mankind perpetually from the creatures and ghouls haunting it.

5Toy Story 3 Is About The Holocaust Children’s movies are not safe from weird fan theories either. Toy Story 3 has been compared to The Walking Dead and also with the Holocaust.

4The Fresh Prince Is Dead 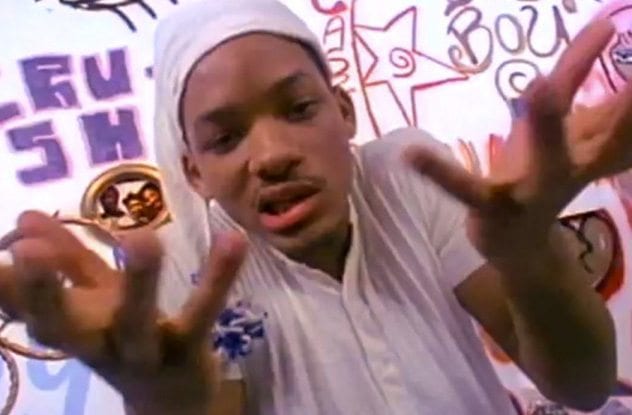 As with the Friends theory, this sitcom has a depressing fan theory surrounding it. Supposedly, the altercation with the gang referenced in the theme song led to Will’s death, and the cab he’s in doesn’t take him to his uncle’s house but to heaven instead. His death could either be due to the gang members beating him to death or him committing suicide after a severe beating.

What is heaven? Well that’s a big house with friends and family. His parents make very rare visits; this happens, says the theory, when they visit Will’s grave.

3Sandy Is Dead, Too 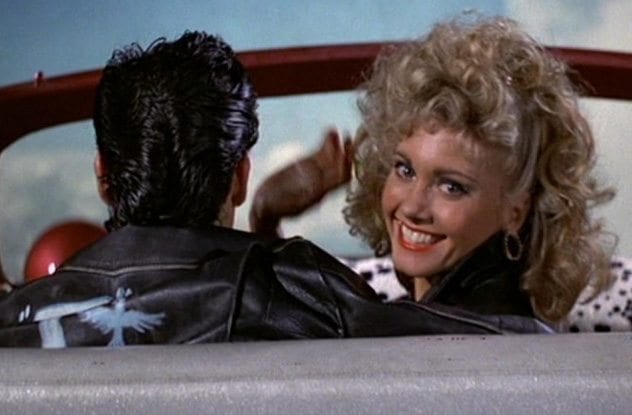 Grease is supposed to be lighthearted musical, though with some serious and even dark moments. However, one fan theory has now turned the whole movie on its head suggesting that Sandy was dead during the whole movie.

This theory has it that Sandy drowned on the beach (“She nearly drowned,” sings Danny in “Summer Nights”), and Danny was unable to save her. The rest of the movie that plays out is Sandy’s dream while she is in a coma slowly becoming brain dead. At the end of the movie when the happy couple flies away in an airborne red convertible, it symbolizes her flying off to heaven. An even darker theory suggests that Sandy commits suicide at the end of the movie and then flies off in the car with Danny.

2Mary Poppins Is A Time Lord 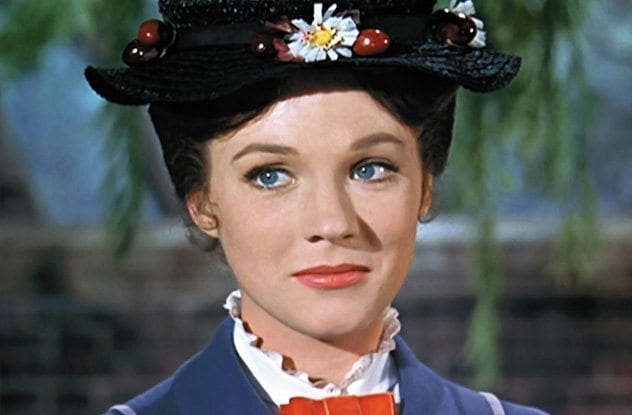 There have been at least 12 different reasons given on several websites about that Mary Poppins could be a time lord. This includes her mode of transport (floating around with the help of an umbrella). She is British. She makes friends everywhere she lands. She only stays where she is until a problem is solved. She has a bag that apparently has no limit on the inside.

Maybe she is not even Mary Poppins at all but the Doctor himself. There is also the telling bowtie that she wears, further adding to this theory.

1John Candy Is The Devil 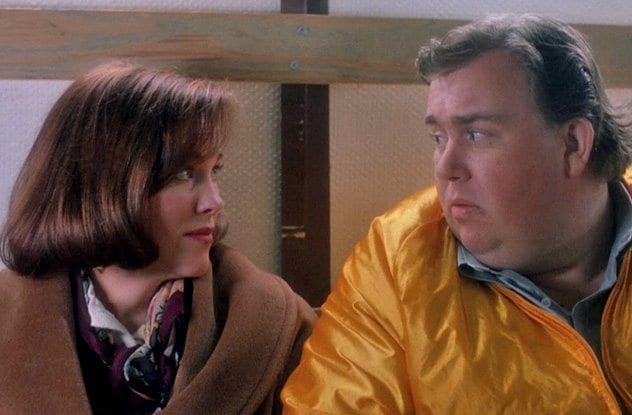 Home Alone is a classic Christmas movie. That was until someone on Reddit surmised that Old Nick might play a role in the movie as well.

Gus Polinski, played by John Candy, is a crossroads demon or the devil and takes Kate McCallister’s soul so she may be with her son who was forgotten at home. Kate states she would sell her soul to the devil in the movie after realizing her son wasn’t there with her, and some have taken this to be literal. In another movie, John Candy does play the devil, which is taken as further proof of his demonic presence in Home Alone.

Estelle lives in South Africa. She loves fan theories. The crazier, the better.