Usually, evolution is a long, slow process. It can take millions of years before the subtle changes that take place in every living thing become dramatic enough for us to see. However, some species are changing so quickly now that we can actually watch it happen.

10 Coyotes, Wolves, And Dogs Are Interbreeding 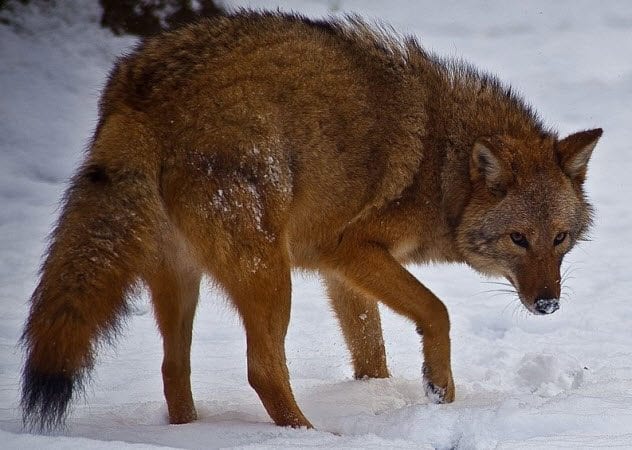 When European settlers made their way through southern Ontario, they killed wolves en masse, decimating their population, to build up farms. By pure chance, the settlers also sparked an evolutionary change that’s given the world a new species: coywolves.

Coyotes from the prairies, emboldened by the reduced threat of competing with wolves, moved into their territory. The wolves, which were struggling to find living mates, started to mate with the coyotes and the settlers’ domesticated dogs.

Through the three species, the first coywolf was born. It was bigger and stronger than its parents, growing twice as heavy as a coyote. It had faster legs, a more muscular body, and large jaws that all worked together to make it a better hunter.

Today, there are millions of coywolves across the eastern coast of North America. Their distinct cries can be heard in the woods—starting off low like a wolf’s howl before breaking into the high-pitched yelps of a coyote.

9 Swallows Are Getting Shorter Wings 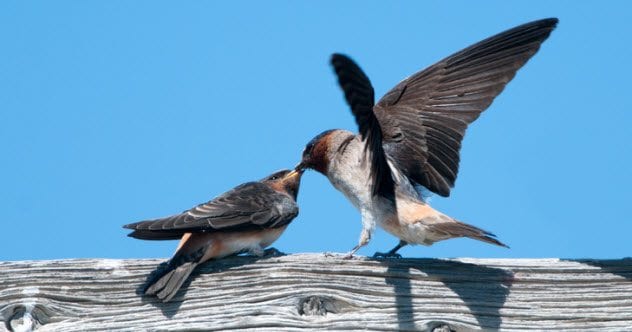 Over the roads of Nebraska, cliff swallows are going through a tiny but significant evolutionary change.

The cliff swallows usually live on cliff faces. Their natural homes, though, are dangerous places during storms. Their nests—and families—are often washed away. So the cliff swallows have started to build their homes on highways, bridges, and overpasses that overlook busy roads.

At first, it didn’t work out well. The cliff swallows tended to end up as roadkill in their new homes. Thousands of the birds were found on the road, crushed by oncoming cars. Then, unexpectedly, the number of dead swallows went down.

Researchers found that the birds were starting to evolve shorter wings. It’s a difference of millimeters, but the smaller wings let them shoot up into the air when a car approaches. The swallows have gotten quicker, and because of that, a lot fewer of them are dying.

8 Lizards Are Evolving To Live Higher In Trees 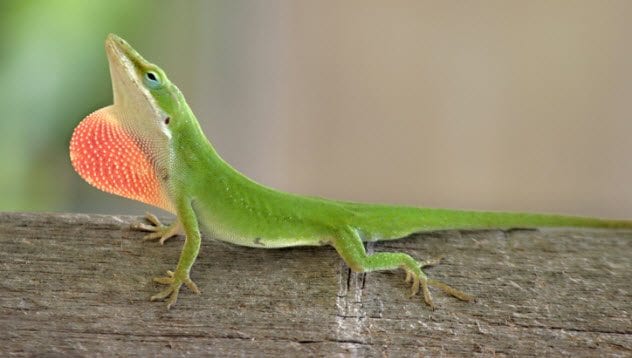 On a group of islands in Florida, a species of lizards called green anoles have gone through a dramatic change in just 15 years.

Their home was invaded by brown anoles from Cuba, and life in their natural habitat became harder. The two animals had to compete for food, and the brown anoles had a nasty habit of eating the green anoles’ children.

7 Crustaceans In Dark Caves Are Losing Their Vision 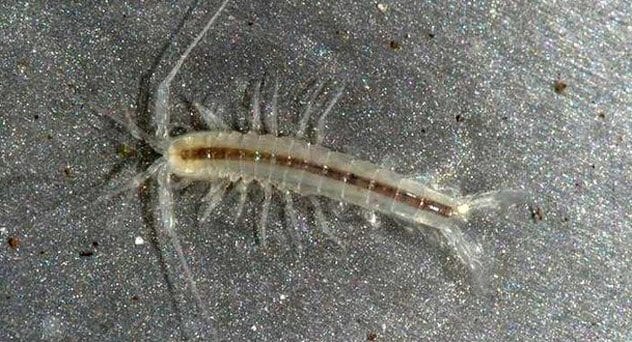 Today, there are crustaceans living in caves that had tiny eyes popping out of the stumpy little stalks in their heads millions of years ago. As they settled into their homes in dark and dank caves, their eyes became useless and faded from their gene pool.

Scientists have also had the chance to track how the crustaceans’ brains are changing. These creatures still have a part of their brains dedicated to vision. But that part of the brain is gradually disappearing because it’s useless.

In time, it’s expected that the crustaceans will completely lose their eyestalks and that chunk of their brains, shedding a once-vital part of their bodies that have become pointless in their new homes. 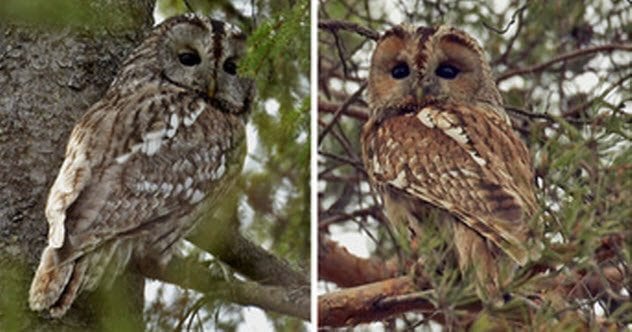 The tawny owls of Finland are changing color—and it might be because of global warming.

These owls are born with either brown or gray plumage, and they tend to pass their color down to their kids. Until recently, Finland has been dominated by the gray ones. They’re more resilient during Finland’s harsh winters, so the brown tawny owls tend to die young while the gray ones thrive.

As the temperatures have gone up, though, the winters have become easier to survive. The brown tawny owl population is growing. Natural selection is starting to favor them again—causing a tiny evolutionary change that’s changing the colors of Finland’s forests. 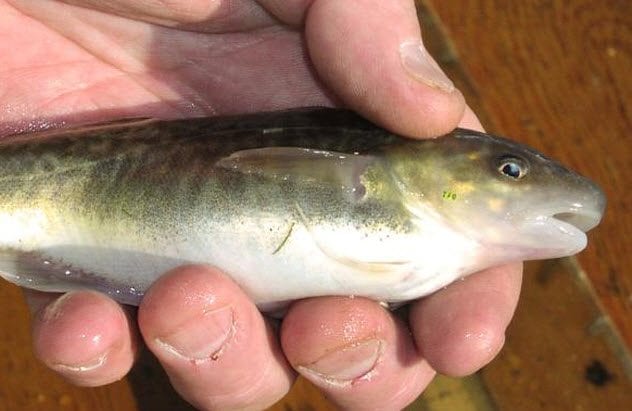 In the Hudson River, there is a tiny species of fish called the Atlantic tomcod that only grows to be 25 centimeters (10 in) long. Along with a whole rich ecosystem, they thrived there for millions of years until industries started dumping chemicals into the river.

In particular, chemicals called PCBs eradicated the life in the water. The fish’s hearts shrank and struggled to beat, and they died agonizing deaths.

The tomcod, though, adapted, and they’re still thriving in the Hudson. They developed a strange genetic anomaly that keeps them alive—one seen in some tomcods around the world but in almost every tomcod in the Hudson.

The fish are missing six base pairs of DNA in one of their genes, and the chemicals have a hard time binding to their mutated receptors. It blunts the effects of the chemical that would otherwise kill them—and the tomcods go on living where their predators died out.

4 Elephants Are Losing Their Tusks 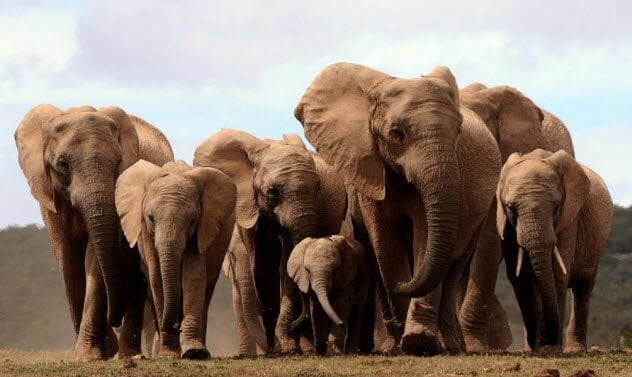 African elephants are changing because of poachers. Normally, having long tusks is an evolutionary advantage for elephants. They use their tusks to scare and fight off other males and win their mates, so the elephants with big tusks tend to propagate their family lines.

Poaching, however, changed that dynamic. Poachers tend to target long-tusked elephants, hoping to sell the ivory for a profit. As a result, these elephants tend to die out before they can reproduce. Without the competition, the short-tusked elephants are actually getting the girls, and they’re passing their tiny tusks down to their children.

Since the mid-19th century, the average tusk size of an African elephant has halved. Some elephants are born without tusks at all. In the 1930s, a tuskless elephant was incredibly rare. They made up only about 1 percent of all elephants.

In the worst areas, though, that number has drastically changed. By 1997, 38 percent of elephants in Luangwa didn’t have tusks.

3 A Flower Grew A Perch For Birds 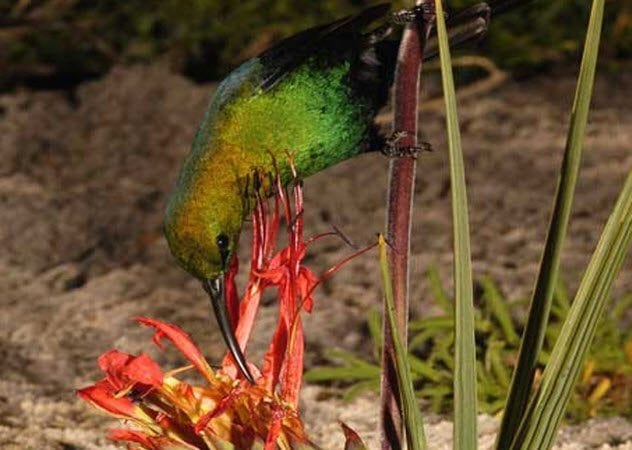 A South African flower called the rat’s tail changes its look based on where it is. It’s a flower with a bit of a problem—it’s way down in the ground surrounded by predators that love to kill birds. As a result, those birds tend to stay away, the flowers don’t get pollinated, and the flowers die out.

In some places, though, the rat’s tail has evolved a little perch to invite birds in. These perches are particularly attractive to sunbirds. The perches are exactly the right size for the birds to land on and drink the nectar from the flowers.

In other places where the flowers don’t have to rely exclusively on sunbirds, the rat’s tail doesn’t bother growing such a big perch. So every time we see that perch, it’s a little piece of evolution in action.

2 Mice Are Becoming Immune To Poison 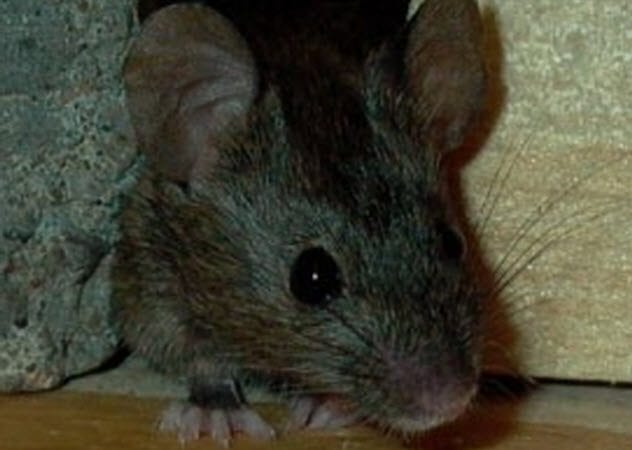 In Germany, some bakers like to take care of mice infestations by setting up traps full of a deadly poison called warfarin. Any mouse that takes a nibble of the poison tends to have a short life afterward, and the bakers keep their homes free of infestation.

Now these hybrid mice are propagating in Germany, immune to the weapon that people use against them. The hybrid mice can nibble away at warfarin without a reaction—and they’re thriving through evolution.

1 Human Pelvises Are Getting Smaller 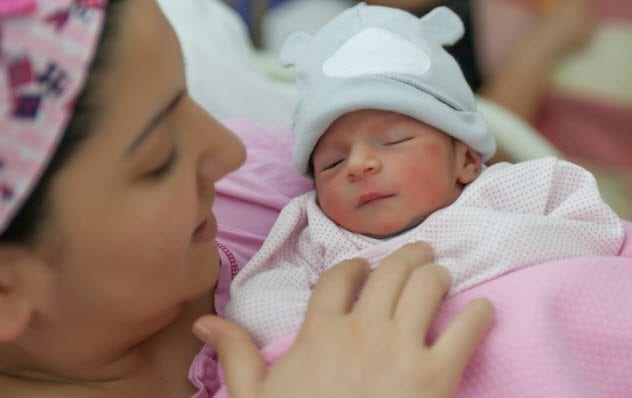 Even humans are changing in small and subtle ways. For one thing, our pelvises are shrinking because of modern medicine.

In earlier times, if a woman’s birth canal was too narrow to give birth to a child, she would die during childbirth. However, modern doctors can give those women caesarean sections and help them to live through childbirth.

In keeping people alive, though, we’re overcoming a bit of natural selection. These women give birth to children who share their narrow pelvises, and as a result, our pelvises are shrinking.

Since the 1960s, there has been nearly a 20 percent increase in women with birth canals too narrow to give nonsurgical births. There’s reason to believe that this trend will continue, which means that a lot more women will go under the knife when their babies are born.