The name of Babylon, today, is used as a synonym for evil and debauchery. Our view of the ancient empire is colored by biblical history, and it’s not exactly flattering. It calls Babylon the “mother of prostitutes and of earth’s abominations” and says that “happy is he who takes your little ones and dashes them against the rocks.”

In its time, though, Babylon was one of the world’s most powerful cities, a name uttered with awe. Much of the real Babylon has been lost to time, but archaeologists have found pieces. Through them, we glimpse into one of the world’s first great civilizations. 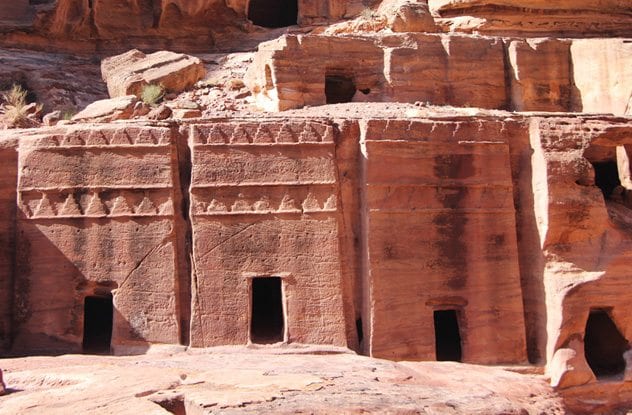 In 1899, archaeologists found the city of Babylon itself. Inside, they saw a hint of what life was like in an ordinary Babylonian home.

Babylon was made without stones. Every building and every wall was built out of clay bricks. Those bricks were glazed with color and pictures of gods, beasts, and men. The walls of the city were coated in lapis lazuli, a blue mineral worth its weight in gold.

A Babylonian home would be built out of clay bricks, as well. Most would be on dusty, unpaved roads, off the side of the main streets. Many would be a single room leading out into an open court, though some with a little more wealth would have extra rooms attached.

Inside, they kept decorative pots and lanterns, glazed with little dashes of color to bring it alive. The children would have small clay toys or toy terracotta ships to play with. The grown men would gamble, playing games with the ankle bones of animals. 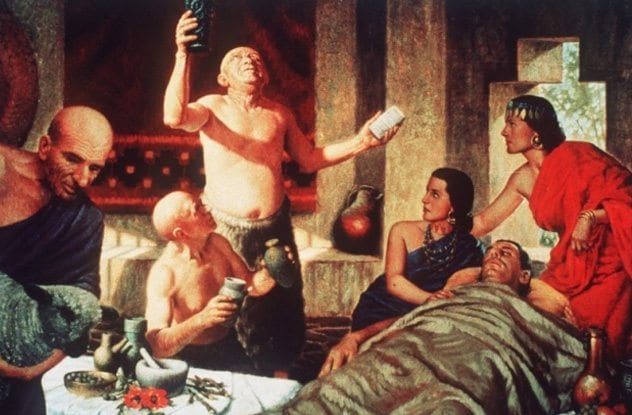 When Babylonians walked down to the marketplace, they would see more than just shopkeepers. Sick people would be sitting there, too, and they were everyone’s responsibility. No matter who you were, you were expected to take a minute to give them your best medical advice.

The elite didn’t have to do this. They could go to the temple. There, a sorcerer might sit down with them and explain what evil they’d committed to anger the gods and what charms they need to make penance. Or they might get a doctor, who would be trained to make plaster casts and to perform surgery.

The poor, though, were not so lucky. They would have to take care of their own, usually in their own home. That’s why they would go out to the marketplace, where people would pass by and, if they’d suffered the same symptoms, let him know how they treated it.

Babylonian medical tablets show they based all their medicine on what had worked in the past. They call medicines “tried and tested“ and pass them down. One, for example, outlines an illness a woman had 1,500 years ago and the way she treated it, passing a remedy that worked down through the centuries. 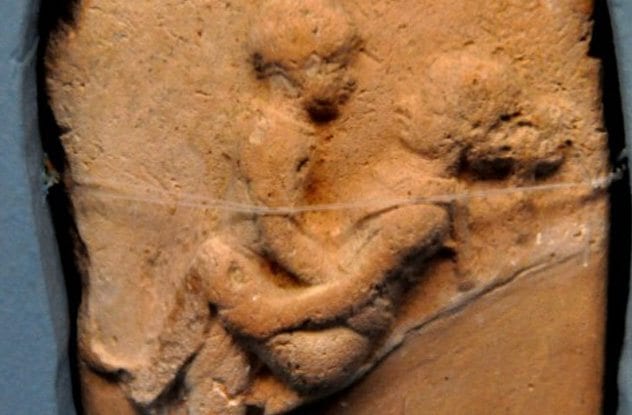 Babylon was considered unusually sexually open, even by the standards of ancient kingdoms. According to the historian Jean Bottero, people would have sex out in the open—sometimes on the terrace of their homes and sometimes even on the streets.

We know for sure that they passed out around little terracotta plates that showed people in the act, like ancient issues of Playboy. There is a whole Kamasutra-like range of techniques displayed on these things. There was no taboo on them—they were everywhere. Archaeologists have found them in homes, in temples, and even buried with the dead in their graves.

It’s easy to imagine how uncomfortable the Israelites, who give us much of our understanding of Babylon today, must have been when they walked through Babylon. In ancient Israel, sexual art was few and far between. To them, Babylon’s sexuality made it a depraved place.

7The Temple Of Ishtar 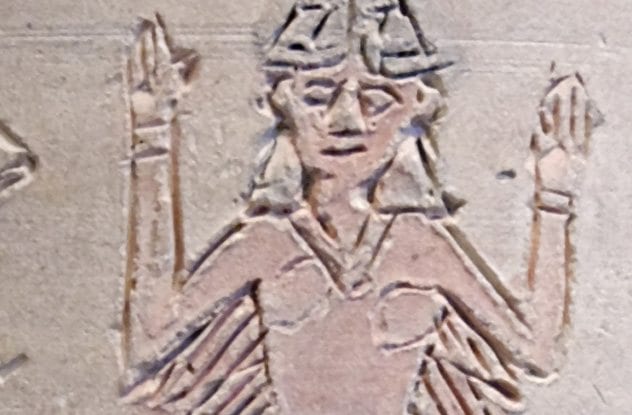 One of the strangest Babylonian traditions, according to the Greek writer Herodotus, took place at the Temple of Ishtar. At least once in her life, a woman had to come there, and she wouldn’t be allowed to leave until she’d slept with somebody for money.

We’ve unearthed some of these temples. One was found at the top of the city, on an acropolis where the king kept his royal seat of power. Next to his royal seat is a temple to Ishtar, the goddess of love and war. It is upon a massive stone terrace with a ramp leading up to it and, in its prime, is believed to have been a gigantic ziggurat that towered into the sky.

“Here when a woman takes her seat she does not depart again to her house until one of the strangers has thrown a silver coin into her lap and has had commerce with her outside the temple,” Herodotus says. It was easier for some women than others. “Some of them remain even as much as three or four years.” 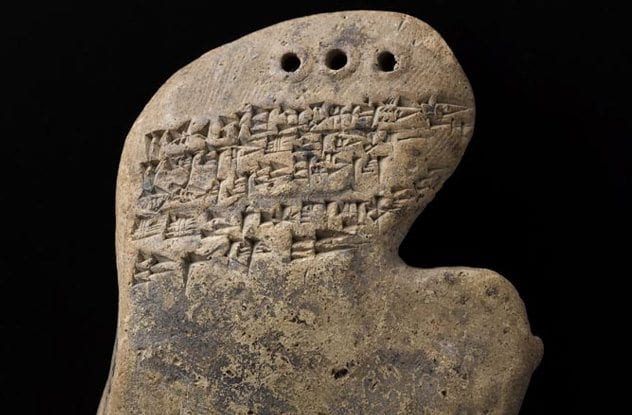 The Babylonians believed they could see the future in a sheep’s liver. When they needed to make an important decision, they would cut the liver of a sheep’s body to predict how it would go.

They’ve left behind clay models of livers, mapped with abnormalities that they believed indicated different fates. Some would be for specific purposes. One, for example, marked with the words “destruction of a small town,” was consulted whenever a Babylonian king was considering razing a village to the ground

Different cultures viewed this in different ways. The Greeks thought they were on to something and copied them. The Israelites, on the other hand, viewed it as a type of dark, foreign sorcery and as something to be feared. 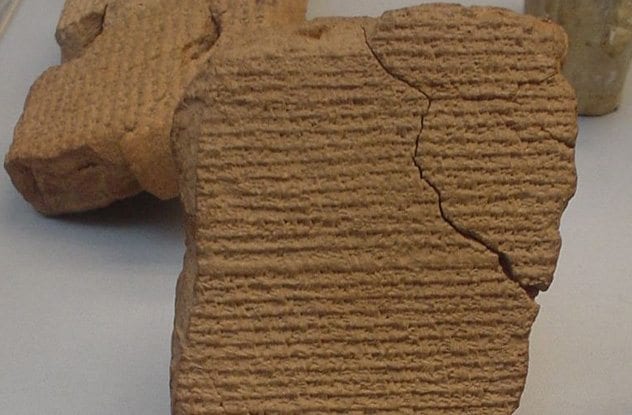 Babylonian astronomers would climb up to the top of their great ziggurats and watch the movements of the stars in the sky. The stars were a major part of their religion, and they made some incredible advances in astronomy centuries before anybody else.

Their astronomy was incredibly advanced—but that doesn’t mean they understood what space was. As accurately as they tracked the planets, they just used them for astrology. They believed that the constellations were placed there by the gods, and movements in the skies were a portent of things to come.

Oddly enough, in some ways, their astrology worked. They were able to track the changes in a season by where a constellation was in the sky—so, when they predicted a strong harvest, they were often right.

4The Ritual For Eclipses 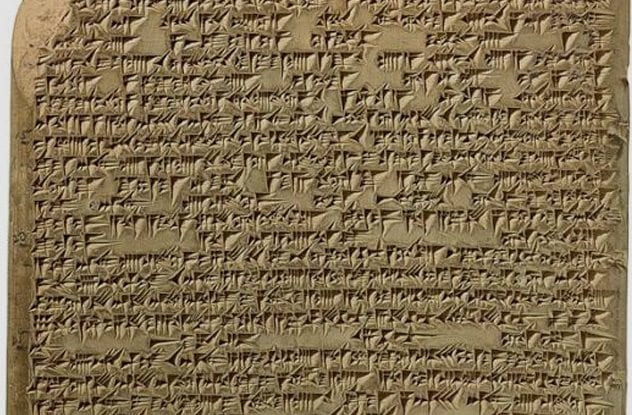 Of all the cosmic warnings across the sky, an eclipse was the most terrifying. The Babylonians believed they brought on catastrophes, murders, and rebellions. We’ve found a tablet that tells us exactly what they did during an eclipse—and it was a pretty intense reaction.

First, they were to light an altar on fire. Then every Babylonian was to take off anything they might be wearing on their head and, instead, pull their clothes over their heads. With their tunics over their heads, they sang dirges, begging the gods to protect their fields and not to destroy them with floods.

At the end, they broke into tears and begged the gods to spare them. The crying was scheduled. Part of the ritual required the people to have an emotional breakdown.

3The Adoption Of An Abandoned Baby 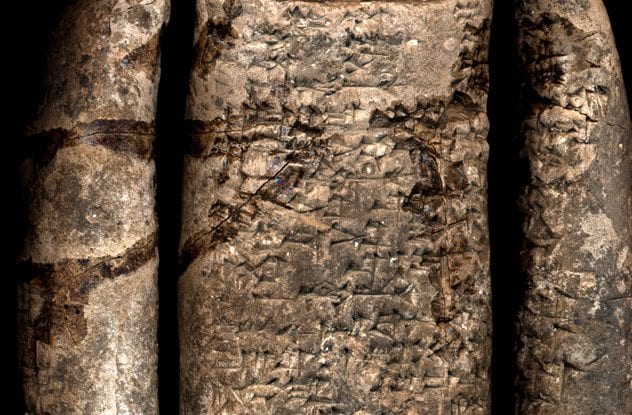 A contract between a priestess and the state has been found, revealing the compassionate side of the Babylonians. A priestess, it states, had found a newborn baby abandoned at a well and snatched it “from the mouth of a dog.”

That part wasn’t too unusual. Abandoning babies to die was a fairly standard practice in most nations in those times. In Rome, parents were required by law to abandon babies that were deformed. In Babylon, though, it seems to have been handled differently.

The priestess adopted the baby as her son. The Babylonian state, the tablet reveals, took this type of gesture very seriously. Not only did they approve of the priestess’s actions, but they set up consequences to ensure that she cared for the child as her own.

“If Simat-Adad, the nugig, says to him, ‘You are not my son!,’ ” the tablet warns, “she shall forfeit house, field, orchard, female and male slaves, possessions and utensils, as much as there may be.”

2The Lives Of Conquered People 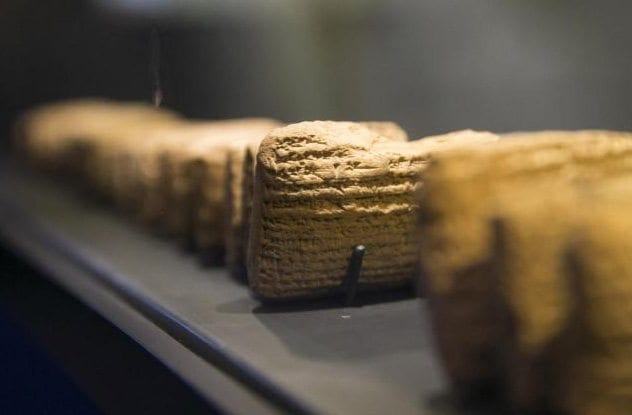 When a nation was defeated by Babylon, the people were relocated to new parts of their empire. It happened to the Israelites, which was a lot of the reason they hated Babylon so much.

We’ve found tablets that track the lives of Israelites in Babylon, revealing they had more freedom than expected. At the very least, they were not treated as slaves—they were allowed to live their lives. They signed contracts, traded commodities, paid taxes, and received loans.

That doesn’t mean the Babylonians were saints. They slaughtered the Israelites’ babies, destroyed their city, and tore them from their homes. There were plenty of good reasons to hate them.

Because the Babylonians gave them rights, though, some didn’t hold the grudge forever. As time passed and the memory of the tragedy became fainter, some Israelites integrated into Babylonian society. In time, they would have become indistinguishable from their conquerors.

1The Graves Of Dead Babylonians 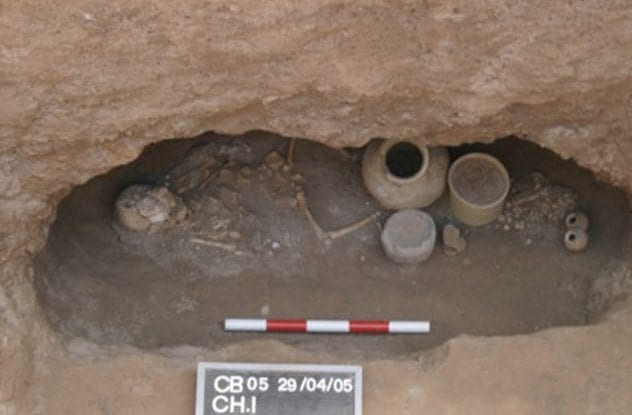 Along the city walls of Babylon are the graves of their dead. When a Babylonian reached the end of his days, his body was brought there, and he was buried under the earth. Their bodies were stretched out at full length and usually were buried unadorned, without any casket or tomb. Sometimes, though, they would be wrapped up in reed mats or walled in with bricks.

Some would be buried with the possessions they had in life. Graves would be filled with beads. According to Herodotus, some of their graves would even be filled to the brim would honey.

They would rarely be buried with their weapons. For their time, the Babylonians were a peaceful people—lovers and not fighters.