A mother and a daughter. A girlfriend’s child. An expatriate retired lorry driver. An abused spouse. An innocent niece. A mother’s nightmarish precognitive dreams. A youth stabbed, hacked, decapitated, and dismembered. These are only some of the gruesome, sad, horrific fates of 10 murder victims whose bodies were found at bottoms of wells. 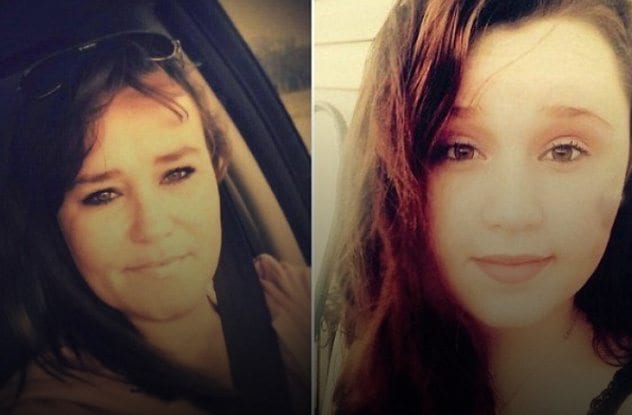 The marriage between Dawnn and Jeffrey Ward involved a history of violence on the murderer’s part, and his wife had obtained a domestic violence restraining order in 2014, when he “threatened to burn my house and my mother’s house to kill us all.” Carroll was not Jeffrey’s biological child, but she considered herself his daughter. In May 2015, the body of two-year-old Laynee Wallace was found at the bottom of a well in western Kentucky. Anthony Barbour, age 25, the boyfriend of the child’s mother, Kelsey Wallace, was arrested. He was living with them both when Laynee’s body was discovered.

According to Barbour, Kelsey, an abusive mother, lost her temper and accidentally killed Laynee after Laynee had hurt her twin sister, Kynlee. Because Kelsey and Barbour were high on meth, Barbour didn’t want to call the police, so he helped Kelsey cover up the crime by bagging Laynee’s body and putting it into the trunk of his car, fetching a safe from an abandoned house, transferring Laynee’s corpse from the trunk into the safe, and lowering the safe with Laynee’s body inside it into the well. On the way to the well, he threw Laynee’s shirt and diaper from the car. Barbour said he changed his mind later and turned himself in to police.

According to his defense attorney, Ken Garrett, Barbou, didn’t consign the corpse of Laynee Wallace to the bottom of a well to hide it, but to allow the body “to rest” after Kelsey Wallace had killed her daughter. The jury didn’t believe Garrett’s account of his client’s actions, finding Barbour guilty of reckless homicide, tampering with physical evidence, and abuse of a corpse. He was sentenced to five years for each felony, the sentences to run concurrently. Although John Gardner, the prosecuting attorney, believed Barbour was also guilty of rape, sodomy, or sexual abuse, he couldn’t prove these charges beyond a reasonable doubt. 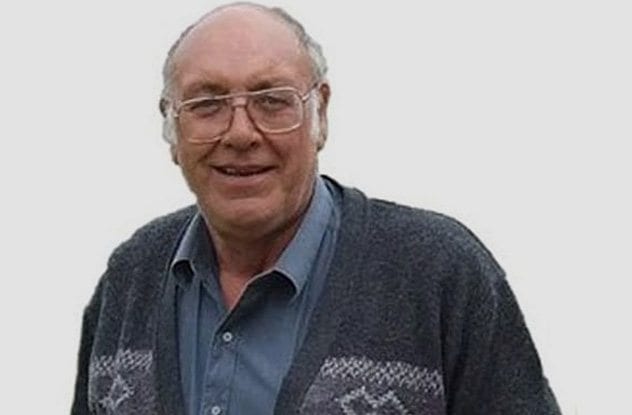 At first, French police refused to reopen an investigation into David King’s disappearance, believing he’d traveled to Australia to visit his daughter. In 2000, King, then 55, had moved from the United Kingdom to Pierres, in the Calvados region of Normandy, France, to live. On October 27, 2015, the retired forklift lorry driver had gone to tea with friends, but he never returned, leaving his passport and heart medication at home.

When his car was found in a nearby town, French police questioned King’s 28-year-old neighbor, finding inconsistencies in his responses to their questions. Finally, the neighbor admitted to there having been an argument between him and King and to his throwing King’s body down a well, where sniffer dogs later located the Briton’s corpse. 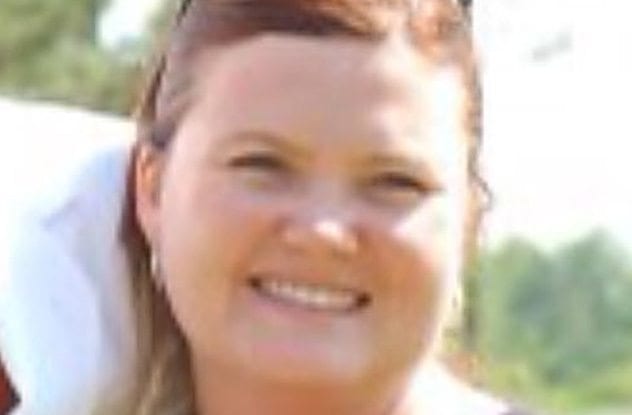 A cell phone text from her missing aunt, Tonya Faye Lynn, asked Christa Royster to “take care of my kids,” adding, “I love you.” Although Royster immediately tried to contact Lynn, she was unable to do so. She then called Lynn’s husband, Jim, who said he had no idea where his wife might be. That night, three of the missing woman’s children stayed at different locations, with only one child, a seven-year-old, remaining at home.

As she drove Lynn’s daughter to school, Royster saw Lynn’s missing car, a white Chevrolet Tahoe, locked, with nothing amiss, parked at a local library. Several times in the past, Lynn’s husband had been abusive toward her, she’d threatened to leave him, and she’d fought with him the night she disappeared. In July 2011, when Lynn’s body was recovered from the bottom of a well, police charged her estranged husband with her murder. Gustavo Zavala-Garcia, age 24, had illegally entered and was illegally residing in the United States when he was charged with capital murder in the death of his 10-year-old niece, Kayla Gomez-Orozco. On a previous occasion, Zavala-Garcia had assaulted another family member, causing an injury, but he was not deported.

Zavala-Garcia entered and was released from the custody of US Immigration and Customs Enforcement on October 21, 2014, the same day the girl’s body was found at the bottom of a well outside the house her uncle rented. Following the discovery of the girl’s body, Zavala-Garcia was arrested and held on a $10 million bond. During a football game in February 2008, a 13-year-old boy broke both legs in a fall down a deep, wide well at Gravina in Puglia, near Bari, southern Italy.

The firefighters who rescued him found the bodies of the Pappalardi brothers, Francesco, age 12, and Salvatore, age 14, who’d disappeared in June 2006. Upon learning the news, the boys’ mother, Rosa Carlucci, said she “knew” the bodies were those of her sons. She’d dreamed they’d be found at the bottom of a well.

The 15-meter (49 ft) distance between the bodies, the fetal positions they’d assumed, and the presence of his thumb in one of the boy’s mouths, suggested to police the victims had been thrown into the 18.3 meter (60 ft) well while they were still alive. The boys’ father, Filippo, was arrested for their murders. 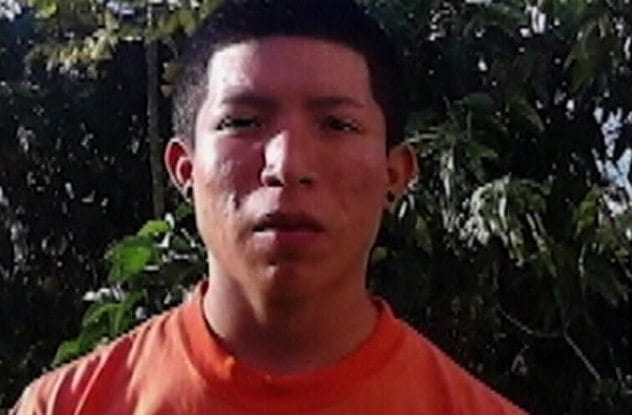 On January 11, 2016, as he fetched water for his wife’s laundry from a well in Punta Gorda, Belize, Allen Nunez encountered a human foot. Authorities recovered the rotting corpse of 19-year-old Jarrell Edward Pop, who’d been stabbed and hacked to death. Although police refused to confirm or deny reports, reputable sources indicated that the body had been decapitated and that his head was also found at the bottom of the well. Following an autopsy, Pop’s remains were buried in the Punta Gorda Town cemetery.

According to rumor, Pop’s savage murder may have been in retaliation for the murder of Antonio Mendia Rodriguez, a taxi driver, on December 15, 2015, although police said there is no link at present to the two killings. In December 2004, after being robbed, Britons Kenny James Froud, age 39, and Simon Buckley, age 40, died in an apartment. A security guard, visiting the well to draw water, found the men’s weighted bodies in 9 meters (30 ft) of water, a rope around the head of one of them.

A nationwide hunt was launched to find the killers. The body of a Polish national, Damian Chlywka, age 30, was found at the bottom of a well in Surrey, England. Workmen discovered the body, which is believed to have been there for approximately two years and was assaulted and bound before being abandoned. Nine men, ages 21 to 41, were detained, questioned, and released on bail.

While in England, Chlywka led a nomadic existence, “living at various addresses across London,” lead investigator Detective Chief Inspector Cliff Lyons, said, and the police are making an effort to “build up a fuller picture of Damian’s life in the UK” during the initial phase of their investigation of his murder. 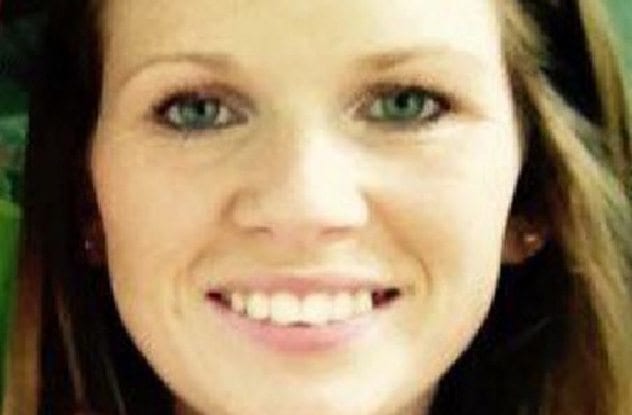 After the body of his 28-year-old wife, Rachel Jones, was discovered at the bottom of a well in the Jonesville community near Monticello in south-central Kentucky in April, 2016, the Wayne County Sheriff’s Office arrested Joseph Jones, age 29, for murder, domestic violence, and tampering with physical evidence.

The cause of death has not been determined, nor did authorities say how long the woman’s body may have been in the well.