2016 was a bad year. Beloved celebrities died, terrorists massacred dozens, Aleppo was devastated, Yemen went to Hell, North Korea detonated two nukes, and the US was divided by the nastiest election in living memory. 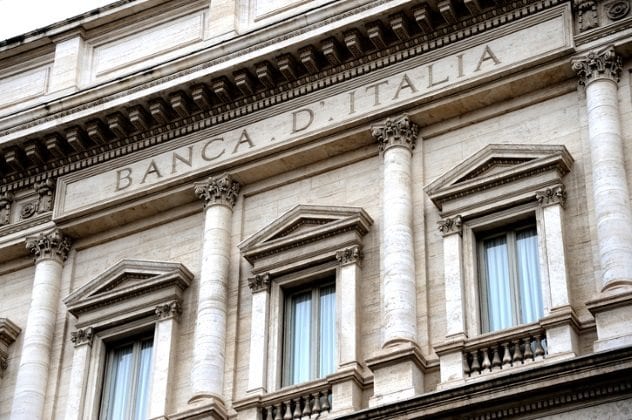 In a list of “boring-sounding things you should be worried about,” an Italian banking crisis would be number one. For years, Italy’s lenders have been chucking money at people like 2008 never happened. Now, experts think those banks could finally fall.

Italy is the world’s eighth largest economy. It’s also a Eurozone country, so it could bring the whole EU crashing down. The Greek debt crisis nearly collapsed the Euro, and Greece barely edges into the top 50 global economies. Italy going down would be like sticking a block of Semtex under the Euro and pressing the button marked “Kaboom.”

As a single entity, the EU has an economy larger than China. If it goes, the effects on the world would be enormous. US consumers would be hurting faster than you can say “global depression.”

9 The US And China Engage In A Trade War 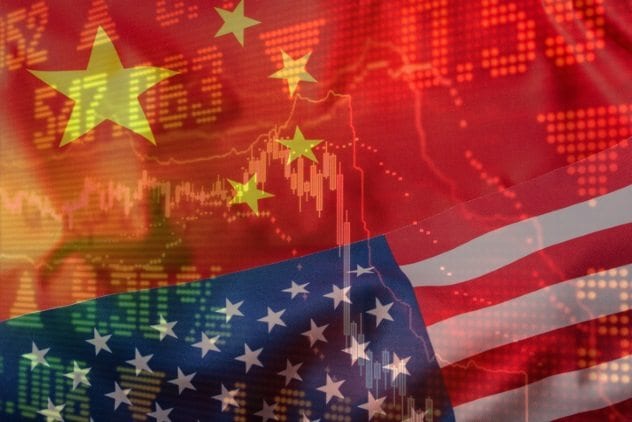 US president-elect Trump has made no bones about his plans regarding China. He wants to slap tariffs on Chinese goods and square off against Beijing over trade. While Beijing may back down, things could go the other way. The US and China could wind up embroiled in a painful trade war.

This would be . . . interesting, to say the least. China and the US trade nearly $600 billion worth of goods. While China imports more from the US than vise-versa, the goods the US imports are harder to source elsewhere. So China would face bigger immediate problems, but US consumers would find themselves paying an enormous “tax” on consumer electronics, a worrying proposition in the digital age.

Then there’s the fact that China imports, assembles, and then reexports goods all over Asia. A damaging trade war would spill over onto Japan, South Korea, and Taiwan and mess things up for millions.

8 The Taliban Take Over Afghanistan (Again) 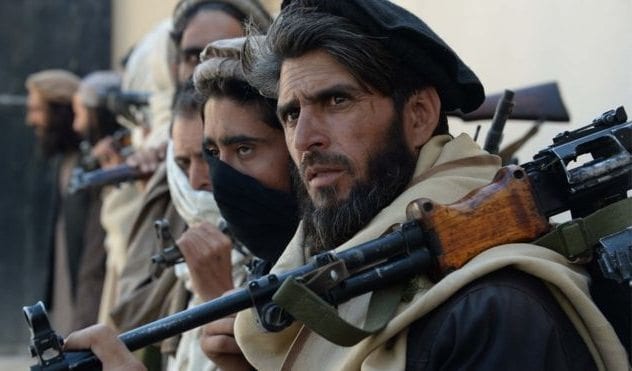 Remember the Taliban? Like an unwanted Marvel sequel, the fanatical Islamist group has returned with an even bigger budget. Only instead of targeting the summer schedules, they’re on the verge of overrunning all of Afghanistan.

Nearly 150 of Afghanistan’s 400 districts are already totally or partially under Taliban control. There’s fighting in 50 more. These are the highest numbers since 2001 and are being fueled by soaring Afghan military and police defections. In a manner eerily reminiscent of ISIS’s 2014 rampage across Iraq and Syria, the Taliban are recruiting their own disaffected “enemies” en masse, gaining piles of new equipment in the process.

Currently, the US has 10,000 troops stationed in Afghanistan, but they’re making very little difference. Unless the tide turns, it’s almost certain that 2017 will be the year the Taliban retake Afghanistan, as though that whole War on Terror thing never even happened. 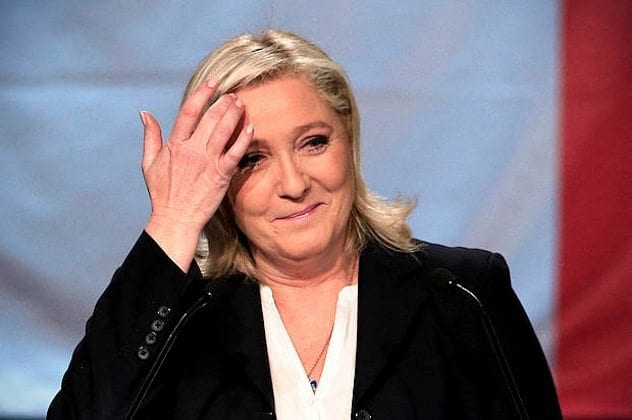 Marine Le Pen’s Front National party is currently leading in polls for France’s 2017 elections. That’s not good. Front National is a party so far right that they make General Franco look like a social justice warrior.

The party’s founder, Jean-Marie Le Pen, has repeatedly denied the Holocaust. His earliest members were French collaborators from World War II. He used to publish Nazi songs. As for the charge that his party is “fascist,” in 2012, his daughter, Marine, sued a socialist politician who described Front National that way. A French court ruled that “fascist” was a literal description of their politics.

If Le Pen becomes leader of France, it would be like Brexit on steroids. Not only would a major European country be ruled by a neo-Nazi, but Le Pen has promised to yank France out of the European Union. The result—a total collapse of the EU and economic shock waves that will rock the world. 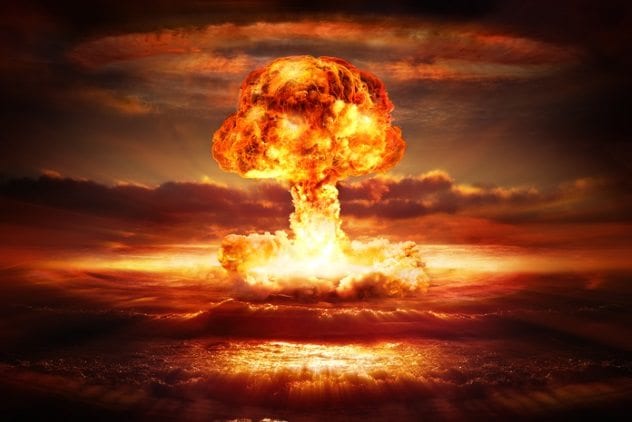 North Korea is the gag nation. While Iranian nukes worry us, North Korea acts as a punchline in Seth Rogen movies. In truth, we may be underestimating the DPRK. 2017 could see their nuclear capability go from “scary background noise” to “terrifying threat.”

In 2016, Pyongyang carried out two nuclear tests, bringing its grand total to five. No other nation in history has made it to five tests without perfecting a device it can attach to a missile. Kim has made ramping up rocket research a priority. Crazy as it sounds, North Korea might be closer to a working, ready-to-deploy nuclear missile than we realize.

Conservative estimates put mid-2018 as the point that North Korea reaches full nuclear capability, but there’s a chance it could be earlier. Kim already has 20 nukes, a fleet of missiles, and a fragile ego. For the pudgy tyrant, entering the nuclear club early would be worth any number of his people starving. 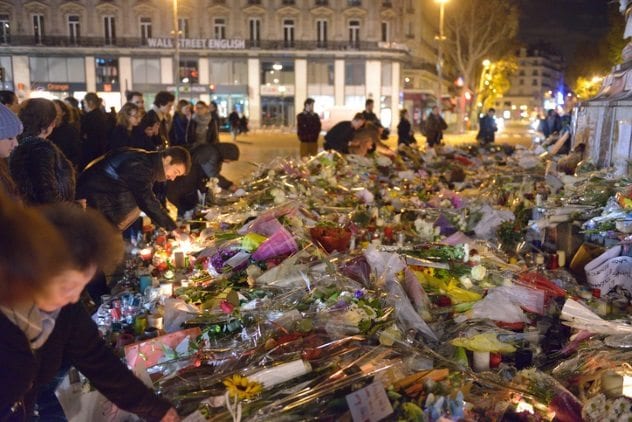 In the 13 months since November 2015, ISIS and IS-inspired terrorists have killed over 260 innocent people in Europe and more if you include attacks in Turkey. (Turkey sits in both Europe and Asia.) Horrific as this is, it could merely be a taster of what is to come.

With ISIS’s Iraq and Syria strongholds collapsing, Western jihadists are being sent back home by the thousands, all with only one goal: to cause maximum casualties to civilians.

According to Europol, these returning fighters have been briefed to try to launch attacks in European countries, with France, Germany, and Britain the top targets. Scarily, it’s thought that these attacks may well involve weapons of mass destruction like sarin and anthrax. Although many will be foiled, it would just take one successful attack to cause untold casualties. 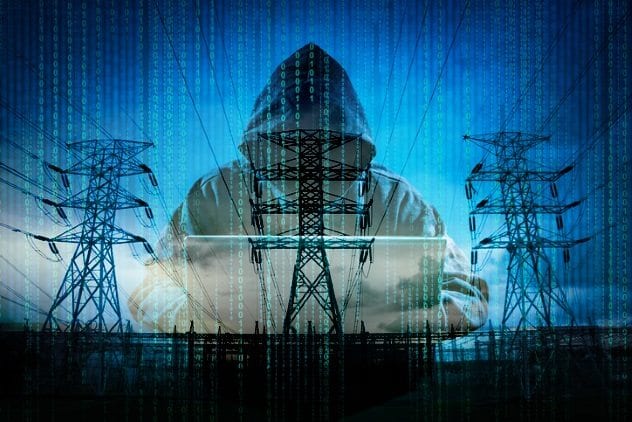 On December 23, 2015, a group of hackers infiltrated and disabled three major power stations in Western Ukraine, leaving 230,000 homes without power in the middle of a freezing winter. It was the first major cyber attack on a power grid in history. Scarily, far from being soft targets, those Ukrainian power stations had better cyber protection than most US ones.

Foreign policy experts have been warning about a crippling cyber attack on vital US infrastructure for years, but after the Ukrainian attack, those warnings have become deadly serious. In Ukraine, power was restored after six hours by using manual backups—which US substations lack. If a similar attack hit the US, the power could stay out for months on end.

Such attacks are increasing in number. In mid-2015, France’s TV5 was almost destroyed by Russian hackers. In winter 2016, Ukraine’s power grid was hit again. It may only be a matter of time before the US is targeted.

3 Genocide In Africa And Asia 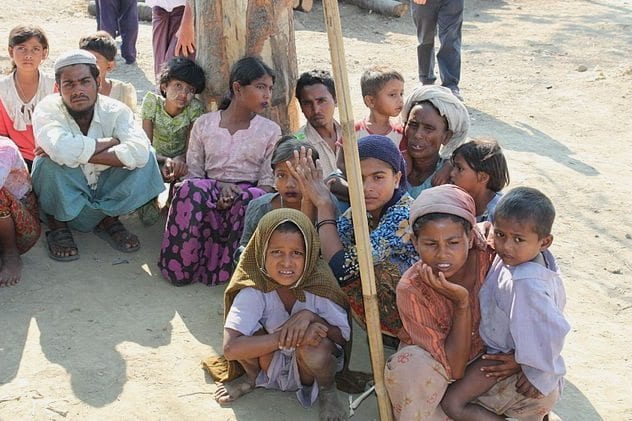 Right now, Iraq, Yemen, and Syria are vast killing zones. Parts of Nigeria, Pakistan, and Afghanistan are engulfed in violence, and people are still dying in Ukraine, Mexico, and Somalia. To this dispiriting list, 2017 may add two more countries: Myanmar (aka Burma) and the Central African Republic (CAR).

The CAR is an ethnically divided, failing state with armed gangs roaming its countryside and has been at boiling point for the last two years. Observers are worried it will spill over into ethnic violence, if not outright genocide, any day.

Myanmar, on the other hand, was meant to be a success story. After the country transitioned to democracy after 60 years of dictatorship, it was supposed to become a beacon of the free world. Instead, security forces began destroying villages belonging to the Rohingya minority and ethnically cleansing their populations. Frighteningly, all the indicators for a potential genocide to unfold in 2017 are already in place. 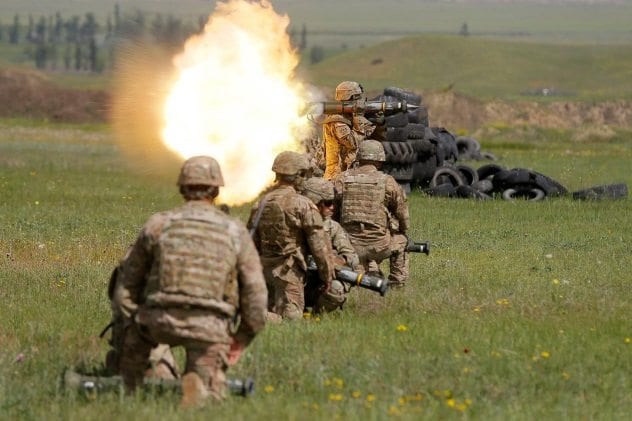 Is 2016 the new 1913? There are signs out there that major powers could be sucked into horrifying collisions if things don’t immediately change course. Depending on those involved, this war could be anywhere on the scale from “locally devastating” to “World War III.”

China is one potential worry. In recent weeks, China and the US have been squaring off over both the South China Sea and Taiwan. While China would be insane to directly engage the US in a war, there’s nothing to stop them from attacking minor US allies. This could then suck in the US and NATO, much as the assassination of one middle-aged dude in 1913 wound up sending the entire world to war.

Then there’s Russia. One former NATO deputy commander has already predicted that Moscow will annex the Baltic states in 2017, leaving the US and EU treaty-bound to protect them. Or maybe the recent assassination of a Russian diplomat in Turkey will bring Ankara and Moscow toe-to-toe, a conflict that, once again, the US would be treaty-bound to get involved in. 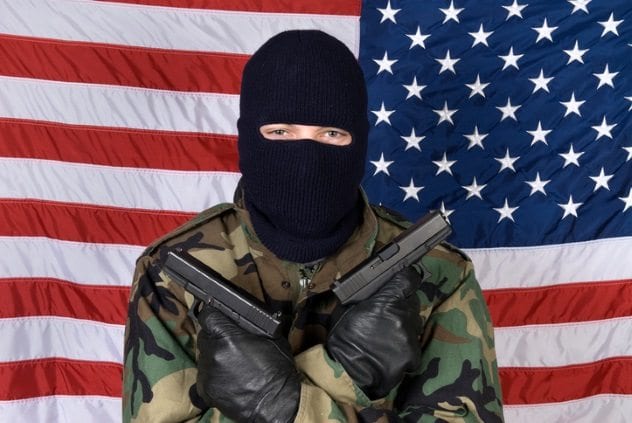 It sounds ridiculous. The idea that a group in the United States would arm itself and begin a violent insurgency sounds like something from a dystopian sci-fi story. But it’s scarily plausible.

US politics are more polarized than ever. Pew Research shows that Americans no longer trust their countrymen from the other side of the political spectrum. Extreme left and right groups are stirring their followers into a violent frenzy on social media, everyone thinks the system is rigged against their group, and both sides are arming themselves. Throw in a super-divisive election and a president many are convinced is illegitimate, and you’ve got the stage set for another civil war.

We’re not saying this will definitely happen in 2017 or even at all. Most likely, none of this will come to pass, and we’ll look extremely foolish. But the US right now is a divided, angry, and worried place. And unless someone works to break this cycle, it could lead down a very dark path indeed.