Antarctica is one of the most extreme environments on Earth. Although this makes exploring the region challenging, the ice holds many secrets that could help us to understand the climates on other planets. Scientists are largely focused on researching how certain forms of life, no matter how small, are able to survive and even thrive in such a hostile, barren, and stunning place. 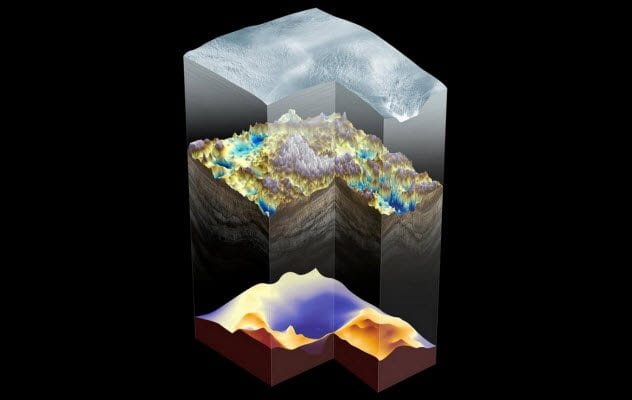 A group of Soviet researchers first discovered the mountain range in 1957 in an extremely remote region of the continent where temperatures often drop below -80 degrees Celsius (-112 °F). Since their discovery, the range has been the subject of much curiosity but few expeditions due to its isolated location.

In the last decade, scientists have made remarkable discoveries about the Gamburtsev range. Researchers spent many months on location collecting data and examining radar images of the range, which revealed deep river valleys, tons of jagged peaks, and liquid lakes beneath over 1.6 kilometers (1 mi) of ice.

Although scientists were able to determine that the mountains were not formed volcanically, their origin is still uncertain. Despite being around 100 million years old, the mountains look extremely young. Scientists attribute this youthful appearance to the greatly slowed erosion process caused by the icy tomb in which the range is trapped. 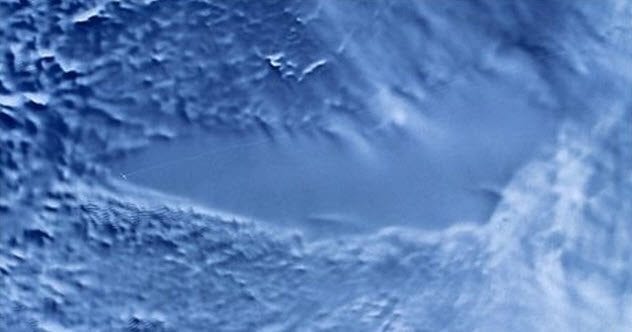 Officially discovered by Russian scientists in the 1990s, Lake Vostok is now known to be the largest subglacial lake in Antarctica and the third-largest lake by volume on Earth. Vostok sits 3.5 kilometers (2.2 mi) under the continent and was covered by ice over 20 million years ago. Incredibly, Vostok may help scientists to learn about conditions on Europa (Jupiter’s moon) and Enceladus (Saturn’s moon).

In 2012, Russian scientists drilled a hole deep into the ice and extracted a sample of lake water. However, the sample was contaminated by the drilling materials and the team had to undertake a second sampling mission in 2015. During this attempt, the team hit the surface of the water at nearly 3,800 meters (12,500 ft).

Amazingly, the waters of Lake Vostok are around -3 degrees Celsius (27 °F) and don’t freeze because of tremendous pressure from the weight of the ice sheet. The scientific community is unsure whether the latest sample is pure. 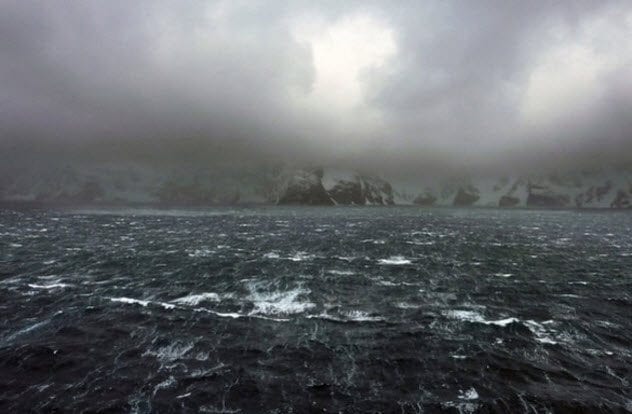 In 2000, the International Hydrographic Organization decided that the massive Southern Ocean would be named the world’s fifth ocean. This ocean surrounds the entire continent of Antarctica and is comprised of the southern portions of the Pacific, Indian, and Atlantic Oceans. The Southern Ocean is about twice the size of the United States and has a maximum depth of nearly 7,300 meters (24,000 ft).

The Southern Ocean has powerful currents that play an important role in driving global ocean circulation. It also absorbs a tremendous amount of carbon dioxide from the atmosphere, although this will not last forever.

Amazingly, the Southern Ocean has absorbed 15 percent of carbon emissions caused by humans since the industrial revolution. Researchers are hard at work gathering and analyzing data to see how this absorption process works and what causes it to fluctuate during certain seasons. 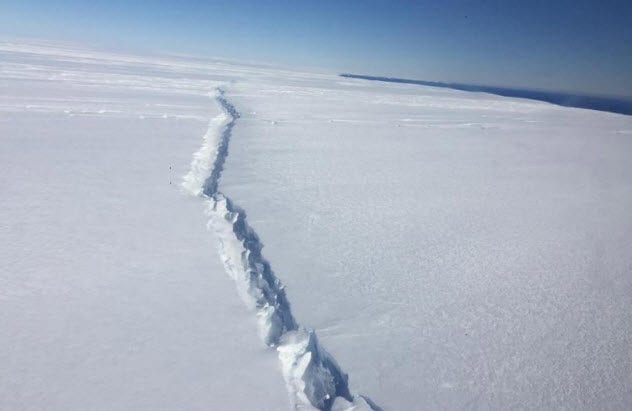 Pine Island Glacier (PIG) is unique because it is Antarctica’s fastest-melting glacier. PIG is known as an ice stream, and its melt contributes more to rising sea levels than any other glacier on the continent.

In 2015, a massive iceberg of 585 square kilometers (225 mi2) broke off from PIG after melting from the inside out. Scientists believe that other large portions of the West Antarctic Ice Sheet could collapse in the next few decades. The effect would be catastrophic for the environment, causing the ocean to rise many feet and coastal areas around the globe to flood.

PIG plays a vital role in preventing this because it acts as a plug to keep ice streams from flowing into the ocean. As sea temperatures rise, warming this glacier and others from below, it may not be long before the PIG plug ceases to act as a cork. 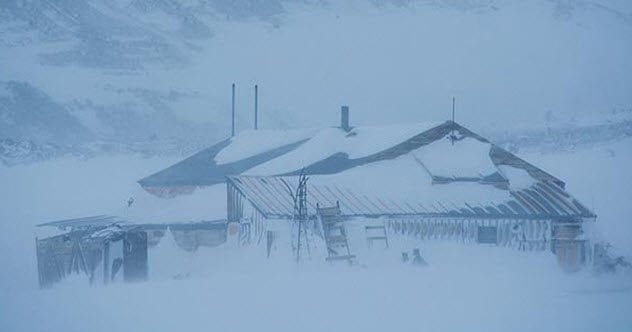 The fungi in Antarctica are able to survive in some of the most hostile conditions on the planet. Although Antarctica is completely devoid of trees, wood-decay fungi are gorging on the wooden huts long abandoned by Ernest Shackleton and Robert Scott, two of the continent’s most legendary explorers.

The vacant huts are over a century old, and it seems that a few species of fungi attacking the huts are actually native to Antarctica. Considering that fungi thrive in warm, heavily wooded zones, the fact that endemic species were discovered was quite remarkable for scientists.

Another type of fungus has been feasting on the petroleum slowly leaking from old fuel containers left by the same explorers. This Antarctic fungus could potentially be used for cleaning up much larger oil spills around the world. 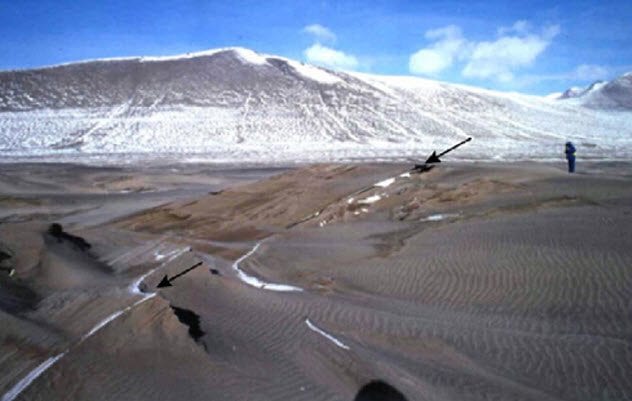 Sand is often associated with warmer climates, but Antarctica also has its fair share of very large dunes. Antarctica is actually considered to be the largest desert in the world. It is incredibly cold, dry, and windy and is almost completely covered in ice except for a small portion that makes up less than 1 percent of the continent.

Massive sand dunes are found in this area. The largest dune stands in Victoria Valley and is a whopping 70 meters (230 ft) high and over 200 meters (650 ft) wide. Studying these dunes also helps scientists theorize about similar dunes on Mars.

Unfortunately, the dunes of Antarctica are moving at an alarming rate that has tripled in the last 40 years. Scientists fear that this accelerated migration, which averages 1.5 meters (5 ft) per year, could be directly related to climate change.

As the levels of carbon dioxide in the atmosphere rise and warm the planet, ice melts and loosens its grip on the dunes, causing them to retreat quickly. Researchers hope to safely drill into the valley with the dunes to study their behavior. 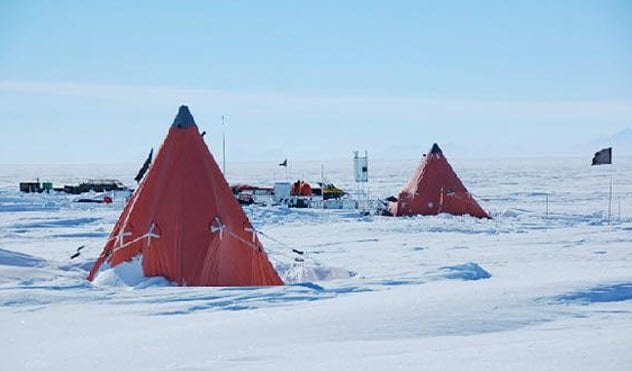 British scientists first discovered this subglacial lake in 1996 and have been fixated on it ever since. The lake sits 3 kilometers (2 mi) below the West Antarctic ice sheet, and researchers believe that it has been undisturbed for nearly half a million years. Scientists are eager to begin the drilling process to answer one of the greatest mysteries associated with subglacial lakes: Is there life down there?

The UK team drilled into the lake to obtain a water sample in December 2012 after determining which method would be the least harmful to Ellsworth’s habitat. The scientists developed a hot-water drill that would create a cavity in the ice, fill up with lake water, and then be pumped to the surface.

However, the mission was called off due to equipment and operational issues. Although other research teams have drilled into other subglacial lakes in Antarctica, Lake Ellsworth has yet to be penetrated, prolonging the mystery of whether life exists in its waters. 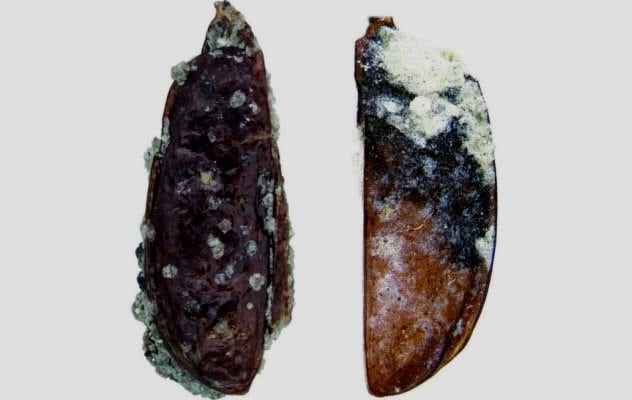 In November 2016, the fossilized forewings of a new beetle species were found near the Transantarctic Mountains on the Beardmore Glacier. The beetle has been named the Ball’s Antarctic Tundra Beetle and lived between 14 and 20 million years ago when Antarctica was warmer than today.

Other types of fossils have been found on the icy continent before and have been a great source of mystery and debate among scientists. Over 30 years ago, tiny single-celled fossils called diatoms were found in the soaring peaks of the Transantarctic Mountains.

For decades, scientists have been unable to definitively explain their presence. According to new research, however, strong winds and shifting glaciers are most likely responsible for the high positioning of the fossils. The findings also suggest that ice sheets are far less stable than previously thought. 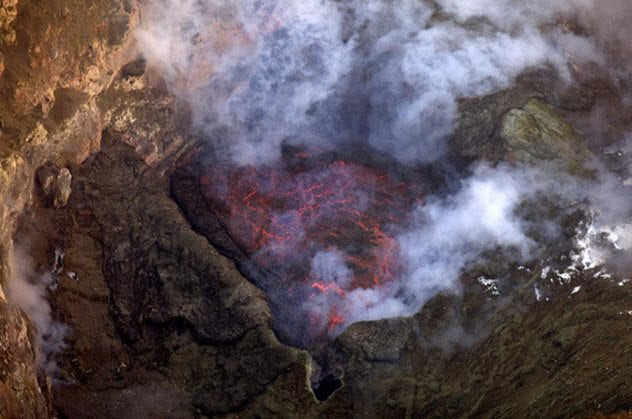 Mount Erebus is the world’s southernmost active volcano on Ross Island, Antarctica. The volcano is 3,800 meters (12,400 ft) high and is quite active. Mount Erebus is one of the last volcanoes on Earth with an active lava lake, and it’s one of the most remote.

The volcano’s location and weather conditions don’t allow scientists to visit Erebus in person often, so they take most eruption photos by satellite. However, in 2013, a small team of scientists climbed Erebus and took a quick peek inside the caldera. To their amazement, they saw quite a bit of movement from organisms living in the intense heat of the volcano!

The volcano began forming about 1.3 million years ago. Snow, rocks, and glaciers cover the sides of the mountain, and steam can usually be seen rising from its summit. The mountain also contains several ice caves containing thousands of microscopic organisms.

Scientists believe that some of the world’s least understood and weirdest forms of bacteria thrive in the soil of these caves. The caves are near the surface but covered from sight by a thin layer of ice. This makes climbing the mountain a risky affair. Ice crystals also form within the caves from the heat given off by the volcano. 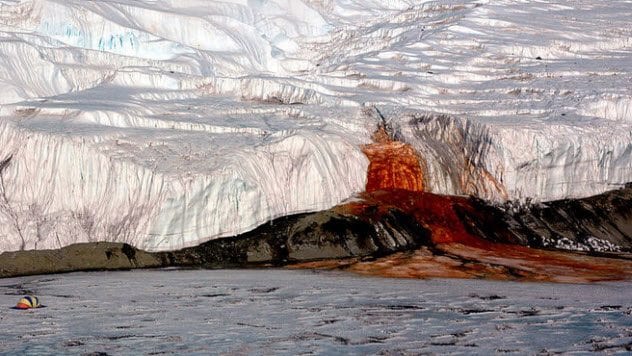 The striking rust-colored Blood Falls emerge from the Taylor Glacier and flow into Lake Bonney, which is located in one of the Dry Valleys. The waterfall is five stories high and gets its creepy blood hue from the trapped lake from which it flows.

The lake is very high in salinity and rich in iron. The waterfall flows from a fissure in the glacier and holds a hidden ecosystem beneath the thick layers of ice. Scientists believe that ancient communities of microbes cut off from the outside world are thriving in this body of water, which contains little heat, no light, and no oxygen.

The falls were first discovered in 1911 by a geologist and have been a source of fascination to researchers ever since. The theory goes that the lake was formed when the Taylor Glacier advanced over the top of a large pool of seawater nearly five million years ago.

Scientists are excited about the prospect of learning how life on other planets could behave based on the research conducted on the fall’s ecosystem. Since Mars has a similar climate to the Dry Valleys of Antarctica, this site is the perfect place to work on unlocking some of the biggest mysteries in the universe.