Modern news coverage has made the world aware of the terrible force that is the tidal wave, but few know that the deadliest tsunamis occurred during ancient times. The biggest and oldest tsunamis in history were culture killers; they breached walls meant to keep the sea out and wiped away everything from villages to entire landmasses. But give credit where it’s due: tsunamis have also crushed invading forces before they could massacre the innocent. 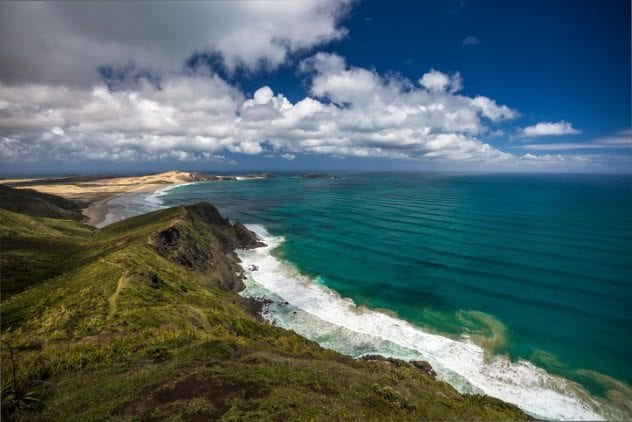 In the 15th century, the Maori boasted top canoe makers, artists, and fishing gear craftsmen. Then, the culture went into a mysterious decline. Double-hulled ships became single-hulled boats. Their art and fishing tools weren’t up to standard, either. Additionally, some tribes can trace their storytelling and genealogy to the 15th century and no earlier.

Archaeologist Bruce McFadgen blames a tidal wave for this cultural erasure. He managed to find solid archaeological evidence to back up Maori tales describing a terrible flood that swept away entire fleets and communities. The event was tragic. An eight-story monster tsunami smashed into New Zealand and razed the shores upon which the majority of Maori populations lived. When the sea withdrew, knowledge and skills went with the dead, and the land was left too salty for survivors to grow food. Starvation claimed many more lives. 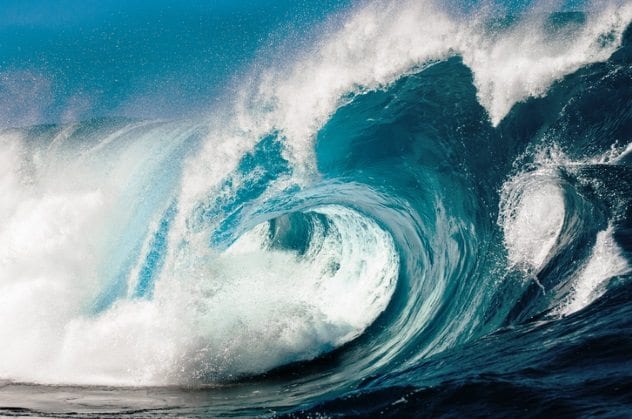 In 300 BC, something happened to the area that would later become New York City. Deposits of shells, wood, and marine fossils found all over Long Island and New Jersey point to an unusually rare and violent Atlantic Ocean tsunami. Some experts pin these odd collections on a particularly big storm. But only a tsunami would have possessed the power, speed, and currents necessary to distribute massive amounts of material over such a large area.

After the passing of two millennia, it’s hard to say what caused the explosive sweep, but the presence of nanodiamonds—created during extreme heat and pressure—suggests an asteroid striking the ocean. An underwater landslide, caused by the impact or by an earthquake, could also have spawned the splash. This tsunami wasn’t a mammoth wave at only about 4 meters (13 ft) high. However, today it would flood the Long Island Expressway and Wall Street. 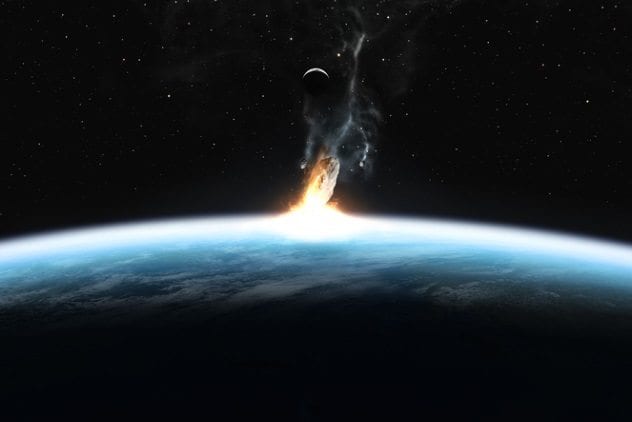 During an effort to compile a database of Australia’s past tsunamis, researchers gleaned some fascinating facts. First, they found that the continent wasn’t at all immune to this destructive force of nature, as a hefty crop of 145 events proved. That number was three times the amount that had been expected.

From this crowd, they picked out the world’s most ancient tidal swell. There is no mystery about what birthed the oldest known tsunami. It was determined that an asteroid smashed into the Pilbara district of Western Australia 3.47 billion years ago. It would appear that Australia’s track record with space-sponsored tsunamis isn’t a one-hit wonder, either. The same thing happened again 2.5 million years ago.

7 The Drowning Of Lebanon 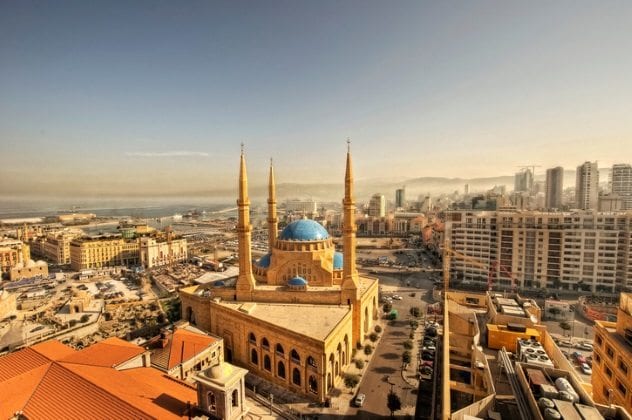 Lebanon is in for a cruel awakening, if earthquake experts are to be believed. A newly documented fault in the Mediterranean Sea shows activity roughly every 1,500 years, and last time it did so, Lebanon’s coastal cities saw death on a mass scale.

In AD 551, the 100-kilometer (62 mi) fault released a devastating shudder. The seafloor dropped 1.5 to 3 meters (5–10 ft), displacing enough water to unleash a tsunami toward what is now Lebanon. History records the hell that followed. Between Tyr and Tripoli, the deluge overcame every city. Tripoli and Beirut were said to have been completely razed, with the death toll in Beirut alone at over 30,000.

The repetitive nature of the fault, with at least four ancient tsunamis under its belt, is worrying. Presently, four million people reside along Lebanon’s coastlines, and the next quake is overdue. 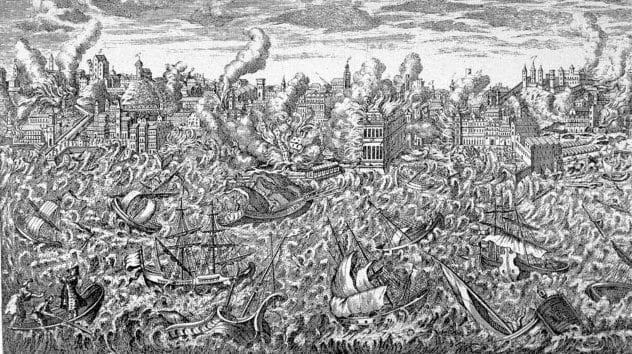 A tsunami is not always alone. Sometimes, it’s part of a deadly trio, coming after an earthquake and being followed by a fire.

On November 1, 1755, the citizens of Lisbon, Portugal, were attending morning mass in preparation for All Saints day. Over the space of ten minutes, three massive earthquakes rocked the city. Many were crushed when churches and buildings collapsed. Survivors fled to the harbor and found that the sea was missing. When it returned, a 12-meter (39 ft) wave ripped away the port and the thousands sheltering there. Those who crawled away from this destruction suffered a five-day firestorm.

Afterward, Lisbon was nothing but rubble, and nearly 60,000 had perished. King Joseph created the first crisis management in history, bringing aid to the citizens and helping to rebuild the city. The disaster was also the first time that such a catastrophe was seen as an act of nature, rather than the wrath of God. 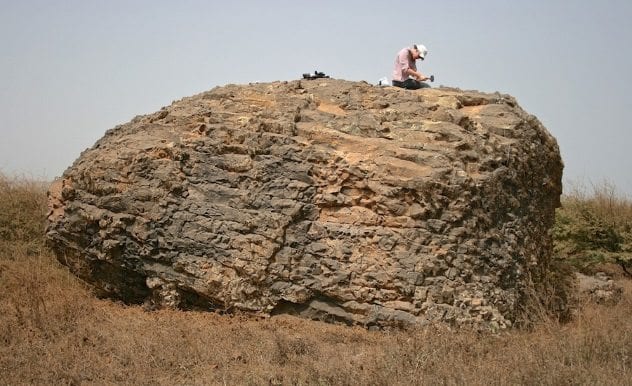 On the island of Santiago in Cape Verde, unusual boulders led researchers to a historic tsunami. Sitting on a bed of volcanic material, the 770-ton rocks match the limestone circling the shore. The only way beach boulders that size could have been transported 200 meters (656 ft) above sea level would have been during a particularly powerful surge of water. The event may dispel previous doubts whether volcanoes can cause tsunamis during a partial collapse.

Santiago is in the vicinity of Fogo, which is still active and is one of Earth’s most imposing volcanoes. A computer simulation calculated that 73,000 years ago, an enormous rockslide on Fogo started the lethal ripple. It continued for miles and punched Santiago with a monster tsunami 170 meters (558 ft) high, the biggest known tidal wave in history. In comparison, the horrific 2004 tsunamis that bulldozed Indian Ocean coastlines had baby waves—about 30 meters (100 ft) in height. 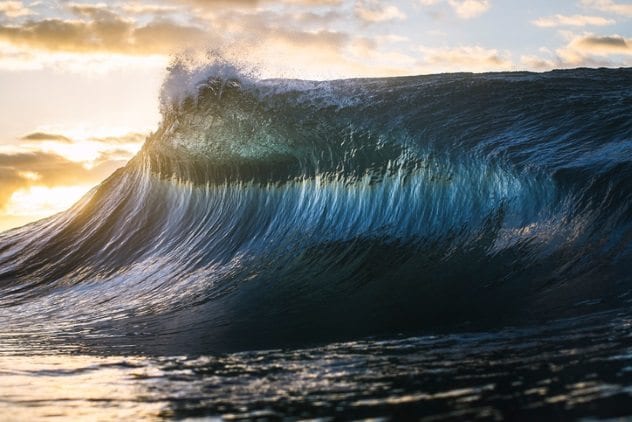 In AD 365, an earthquake off the coast of Greece caused the sea to withdraw from the harbor of Alexandria, Egypt. Not quite grasping this major warning sign, lesser characters rushed forward to rob stranded ships. When the tidal wave inevitably made its appearance, it killed the looters and breached the city’s sea walls, claiming another 5,000 lives. 50,000 residences were destroyed, some by ships being hurled down on them.

The carnage outside Alexandria was even worse. Farming communities lost 45,000 people, and in some places, entire villages were erased. The saltwater poisoned farmland for years, making planting useless. The velocity of the tsunami was so great that it physically altered the shape of the shoreline. The tragedy is still commemorated every year in Alexandria. 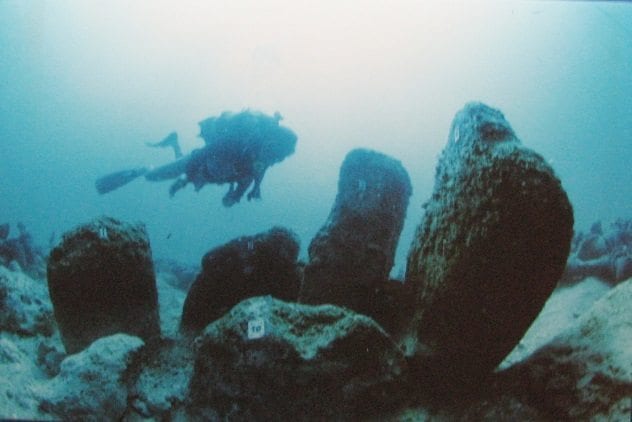 Atlit-Yam was a Neolithic fishing community. When its remains were found in what is now Israel, evidence pointed toward a sudden abandonment by the villagers. For almost two decades, nobody was really sure why. For the first time, researchers are considering the possibility that it might have been a tsunami evacuation.

The smoking gun is the still-rumbling Mt. Etna in Sicily. The volcano experienced a landslide around 8,000 years ago, dumping enough material into the ocean to bury Manhattan up to the Empire State Building. The result was a ten-story tsunami. It powered across the entire Mediterranean and devastated the seaboards of three continents. The villagers of Altit-Yam were one group of people who didn’t stand still when they saw the sea recede. The residents fled in haste, leaving valuable commodities like prepared fish behind. 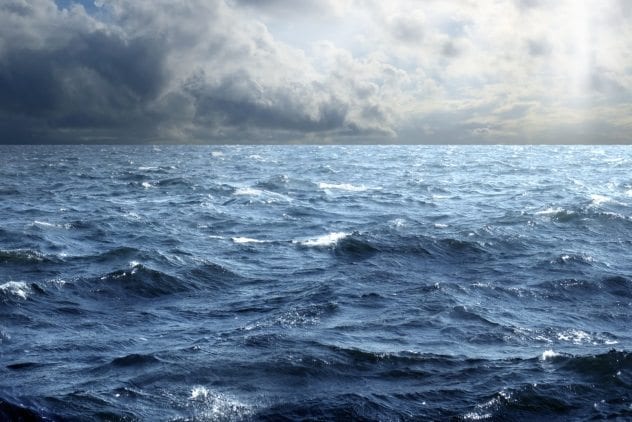 Doggerland once connected Britain to mainland Europe. During Mesolithic times, Doggerland was a paradise for both wildlife and humans, but it was slowly being taken by the sea. Over a period of thousands of years, the ocean systematically ate more and more up, until the once-bountiful environment turned into a Wales-sized swamp.

Around 8,000 years ago, the last of the tribes left the landmass, which has since disappeared under the sea. During that time, a crushing underwater landslide near Norway spawned a tidal wave that flooded the entire low-lying island. All Mesolithic relics that have been salvaged from the North Sea zone date to before the ancient disaster, supporting the belief that the 5-meter (16 ft) tsunami destroyed what human civilization was left on Doggerland. 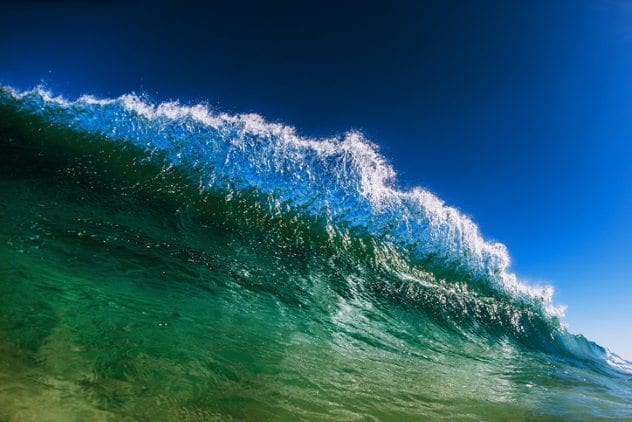 A closer look at an ancient tale penned by Greek historian Herodotus suggests that a story of divine intervention is in fact a real-life account of a tidal wave. In 479 BC, a small Greek town faced invasion by the Persian army. Herodotus perfectly described how the attackers surged forward onto the exposed seabed when the water retreated, only to be drowned by giant waves and a high tide. The Greeks believed Poseidon, their sea god, sent the savior wave.

The town, Nea Potidea, still exists. Local drilling revealed evidence of a tsunami. Ocean sediment on the land contained shells roughly dating back to the time of the invasion. Scientists also found the area to be ideal for kicking up tsunamis. It’s prone to both earthquakes and landslides, and the seafloor nearby dips into a massive, tub-shaped hollow. Together, they have the capacity to create tidal waves up to 5 meters (16 ft) high.