Humans are often called as witnesses to testify in courts and before Congress. As we are about to find out, being a witness is not exclusive to humans. Animals, puppets, and robots have also fulfilled that role.

Animals have been called as witnesses in criminal proceedings because they saw the crimes or got involved in one way or another. Some courts have allowed this use of animals, while other judges have plainly refused. 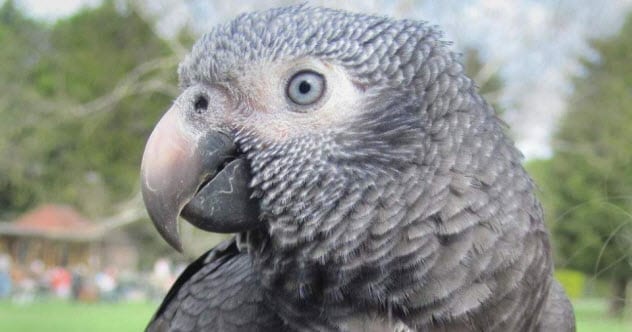 In May 2015, 49-year-old Glenna Duram attempted a murder-suicide. She shot her husband, Martin Duram, five times before shooting herself. Martin died, but Glenna survived. Bud, an African grey parrot owned by Martin, was the only witness to the murder.

Bud revealed that Glenna was the shooter when the bird started saying “Don’t f—g shoot” in Martin’s voice. It often repeated what is believed to be the last conversation between the couple. The bird alternated between the voices of Glenna and Martin and always ended with Martin’s words, “Don’t f—g shoot.”

Martin’s mother, Lillian, mentioned that Bud was a filthy bird and was fond of repeating whatever it heard, so it was probably telling the truth. Prosecutors attempted to take Bud to court as a witness, but they were turned down. Nevertheless, Glenna was found guilty of murder.[1] 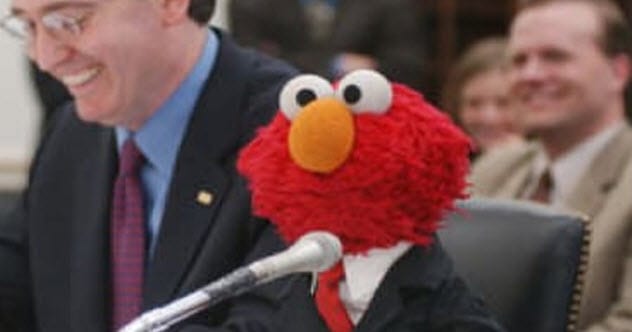 In 2002, Elmo of Sesame Street became the first puppet and nonhuman to testify before the US Congress. (Arguably, it is still the only puppet to have ever testified before Congress.) Elmo appeared before the Education Appropriations Subcommittee to support an increase in funding for teaching music in schools.

The increased funding was to be used to purchase music equipment and fund music research. To play the part, Elmo dressed in a suit and tie. However, not everybody found it funny.

2002 was a busy year for Congress. It was stuck right between the 2001 World Trade Center attacks and the 2003 Iraq War. The September 11, 2001, bombing was still fresh at the time, and Congress was planning a vote on the Iraq War. Besides, Elmo also interrupted other witnesses and tried to eat the microphone.[2] 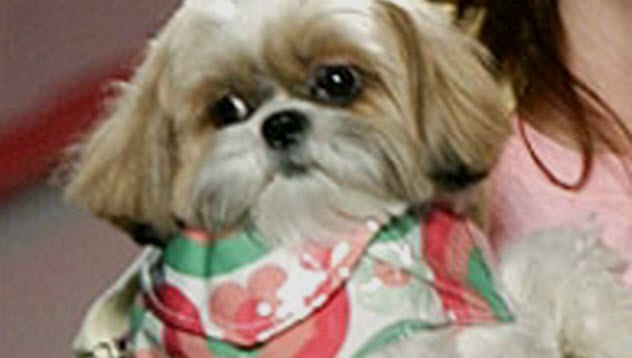 In 2005, Albert K. Smith was arrested for shooting the boyfriend of his ex-wife. While in a cell, he wrote a letter to somebody named Murphy Smith. The elusive Murphy Smith interested prosecutors who believed they had gotten a lead on the murder. They issued a subpoena and called Murphy in as a witness.

When Murphy arrived at the courthouse, prosecutors were shocked to discover that he was not a human. Instead, he was Smith’s five-year-old Shih Tzu. Murphy the dog had been brought to court by Albert Smith’s unnamed brother. But they were not permitted to enter the courthouse because dogs were not allowed. The embarrassed prosecutors apologized for the mix-up.[3] 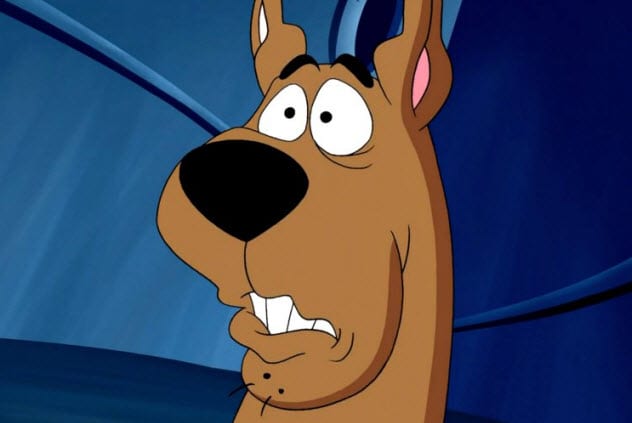 In 2008, an unnamed 59-year-old woman was found hanging in her Paris home. Police considered it a suicide, but her family suspected murder. So they insisted on an investigation. The only witness was the woman’s unnamed dog. The pooch was later nicknamed Scooby after the famous fictional investigative dog, Scooby Doo.

Police believe that Scooby was in the home at the time of the woman’s murder. They found a suspect and called Scooby to court as a witness. Prosecutors observed Scooby’s behavior when presented with the suspect to determine whether to continue with the murder investigation or rule its owner’s death as a suicide.

Scooby barked ferociously when presented with the witness. The court did not explain what decision it reached, and we were unable to find a follow-up. However, Judge Thomas Cassuto thanked Scooby for its help, saying the dog showed “exemplary behavior and (was of) invaluable assistance.”[4] 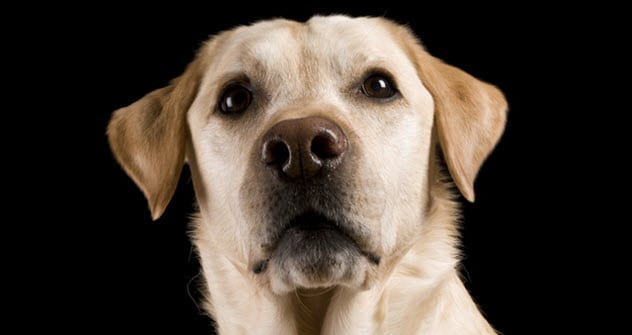 French courts obviously have a thing for using dogs as witnesses. In 2014, a French court called another dog as a witness in a murder trial. The pooch was Tango, a nine-year-old Labrador. Tango’s unnamed owner had been murdered, and prosecutors believed that Tango had witnessed the homicide.

Tango was called to the witness stand where the judge ordered the suspect to threaten the dog with a bat. Prosecutors assumed that Tango’s behavior toward the suspect behaving this way would determine whether the suspect was the murderer.

To ensure that there were no errors, prosecutors used Norman, another nine-year-old Labrador, as a control. The suspect also threatened Norman with a bat. Afterward, Norman’s reaction was compared to Tango’s. Although we do not know how the dogs responded, the exercise was considered a failure. The suspect’s lawyer said it was “absurd.”[5] 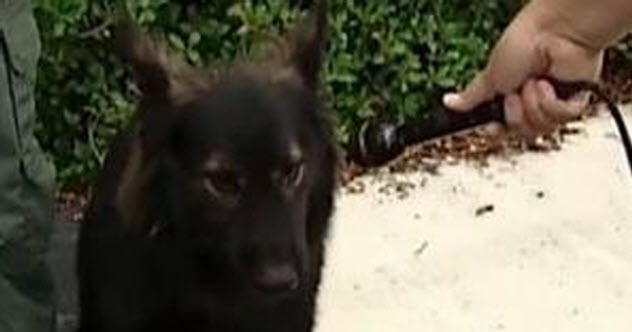 In 2012, Rodney McGee appeared in a Florida court over a traffic citation. However, he called for a postponement of the proceedings because one of his key witnesses was not in court. The witness was Officer Azor K9, a German shepherd police dog.

McGee was so serious about having Officer Azor K9 in court that McGee had issued a subpoena. He was clearly shocked when a police handler led Azor into the courtroom. Apparently, McGee had not believed that the police would be crazy enough to bring a dog to court as a witness.

McGee had subpoenaed Azor because the dog had been present at the scene when police suspected that McGee had drugs in his car. McGee said he wanted to hide marijuana in the courtroom and determine if Azor could find drugs.

The unimpressed Judge Peter Bell did not allow Azor to testify. Bell did not permit McGee to hide marijuana in the courtroom, either. Instead, the judge ordered McGee to pay a $300 fine for not using his turn signal.[6] 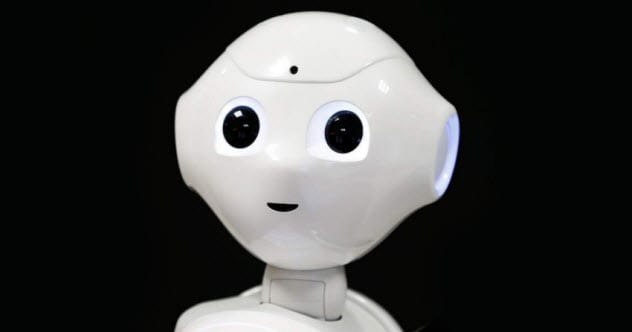 In 2018, Pepper became the first robot to appear before the British Parliament. Several human witnesses, including computer scientists and roboticists, also testified. The idea was to prove the usefulness of robots and artificial intelligence to humans.

Pepper is part of a category of smart robots created by SoftBank Robotics, a Japanese company. The robots have microphones, cameras, and touch screens on their chests. They have been used in several roles, including receptionists. However, not everything has not been rosy for the robots. One was fired from its job at a grocery store.[7] 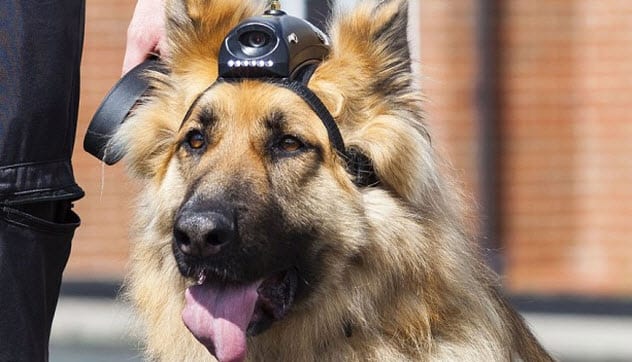 In 2013, the Crown Prosecution Service (CPS), which handles criminal prosecution in England and Wales, requested a witness statement from Police Constable Peach of the West Midlands Police Station. Officers at the station wrote back to CPS to inform them that PC Peach was actually PD Peach—that is, Police Dog Peach.

Despite this, CPS insisted it needed a statement from the German shepherd. Peach’s handler wrote the statement after a series of correspondence. The handler used wriggly handwriting, the sort a dog would supposedly use if it could write. The statement read, “I chase him. I bite him. Bad man. He tasty. Good boy. Good boy Peach.”[8]

The handler signed the statement with Peach’s paw print. Peach was four years old, and his service number started with PD, clearly indicating he was a dog. Officers posted the statement on the wall of their station, and it finally ended up on Facebook and Twitter where CPS became the butt of jokes. CPS was unimpressed. 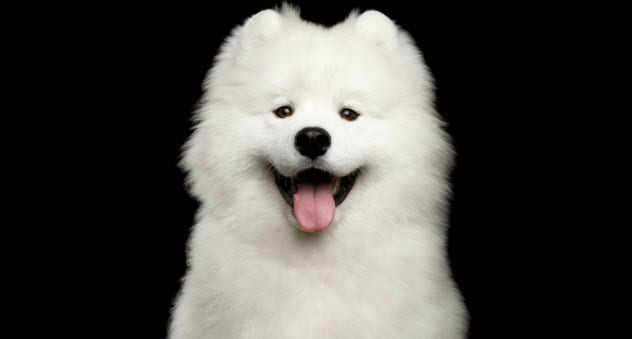 In the early 20th century, a court in the District of Columbia called a dog as a witness in a lawsuit over its ownership. Both Major General Eli Helmick of the US Armed Forces and Keeley Morse, a hat seller, insisted they owned the dog.

Helmick claimed that he had purchased the dog in 1920 and called it Buddy. In November 1921, the pooch disappeared. His wife, Florence, found the missing dog in Keeley Morse’s hat shop several months later. Florence insisted that the dog was called Buddy and belonged to her husband. Morse maintained that the dog, named Prince, was his.

Major General Helmick soon got involved and called the police. They detained the dog when they could not determine its real owner. Both men went to court, where Helmick showed receipts, records, and photographs to prove that he owned the canine. Morse said the evidence was unnecessary because Prince was another dog.

Morse insisted that he had purchased Prince on October 24, the month before Buddy went missing, so it could not have been the general’s missing dog. One at a time, the men argued over the breed of the dog to prove ownership. Judge Edward Kimball later decided to settle the case the good old-fashioned way.

Kimball called the dog into the courtroom as a witness. It was put on a chair where it promptly jumped and ran toward Mrs. Helmick. This action, the judge ruled, proved that the dog belonged to the Helmicks and not Morse.[9] 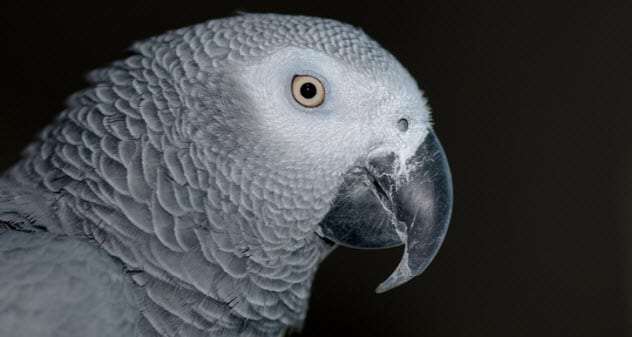 In November 1991, 36-year-old Jane Gill was found dead in her Northern California home. Suspicion fell on Gary Joseph Rasp, Gill’s business partner, who appeared in court as a suspect. The only witness was Max, Gill’s parrot, which probably saw the murder.

Max had remained inside its cage for two days after the murder until Gill’s body was found. The bird was hungry and thirsty when it was rescued. So it was taken to a pet shop where it was nursed back to health. After getting better, Max started to shout, “Richard, no, no, no!”[10]

Charles Ogulnik, Rasp’s attorney, took an interest in the bird. His client could not be guilty if the parrot had squawked, “Richard, no, no, no!” Ogulnik was questioning a private investigator about looking into the bird’s statements when the district attorney objected.

The judge sustained the objection, ending the bird’s chance of being a witness. Ogulnik later confirmed that he was not trying to produce the bird as a witness. He only wanted to introduce evidence provided by the bird.

Max’s location was kept secret after the incident. The private investigator joked that the bird was in a witness protection program and its identity had been changed from a parrot to a macaw.