False flag operations may be defined as any covert actions designed to appear to have been perpetrated by parties other than those actually responsible. There are many conspiracy theories looping around the Internet when it comes to tragic events such as terrorist attacks, wars, and plane crashes, including accusations of false flag operations. The entries on this list are examples of this. 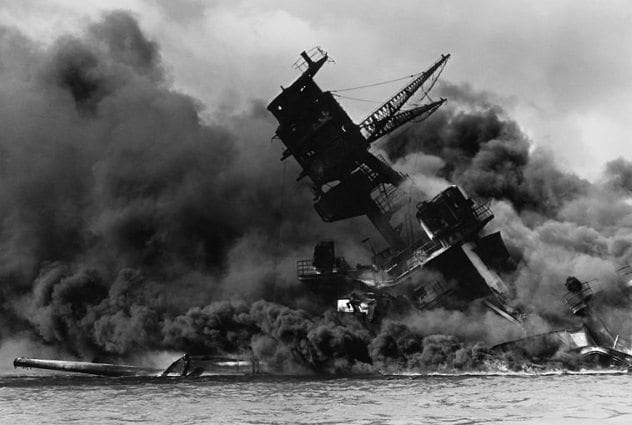 The events of the Japanese attack on Pearl Harbor in 1941 have been immortalized in history books, documentaries, and movies. However, many don’t believe that all was as it seemed on that fateful day in history. Conspiracy theories have long since stated that President Roosevelt was not only aware of the imminent attack on the Pacific fleet but that he made sure it happened.

Those who believe the tragedy to be a false flag feel that the attack was the perfect excuse for Roosevelt to push Congress into joining World War II. Allegedly, the president kept the fleet in Hawaii as an easy target for the Japanese. It is also alleged that the Japanese diplomatic code was cracked, but the information was withheld from Admiral Kimmel, the commander in chief of the US fleet, and Lieutenant General Short, the head of the US Army defenses at Pearl Harbor. More theories exist on the Internet regarding these accusations, including claims that newspapers containing details of the attack were delivered before it had even happened.

9 The Sinking Of The Lusitania 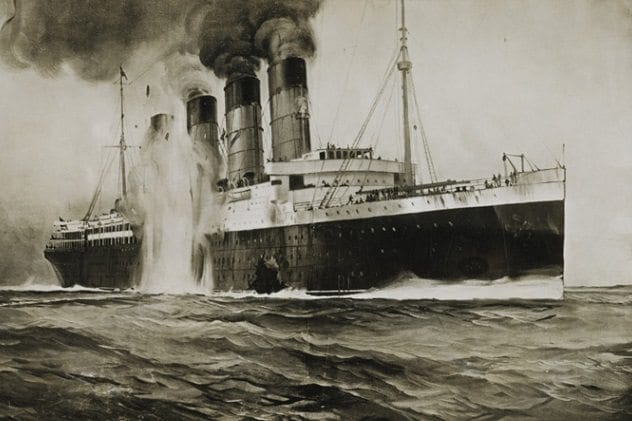 The sinking of the Lusitania on May 7, 1915, reverberated around the world when it became known that more than 1,000 passengers died. The ship had been torpedoed by a German U-boat. However, both the Admiralty and Winston Churchill felt that Captain William Turner should take responsibility for the disaster. However, he was found innocent by Lord Mersey, who resigned after Turner’s trial.

Because of this resignation as well as Churchill and the Admiralty’s insistence that Turner be held accountable, many believe that the whole disaster was set up by Churchill himself to ensure that the US joined World War I. It is said that the US was also to blame because Colonel Edward M. House cooked up a plan to make it seem that the US was attempting to forge a peace agreement with the Axis. Such an overture would have upset Germany, giving the US an entrance into the war. 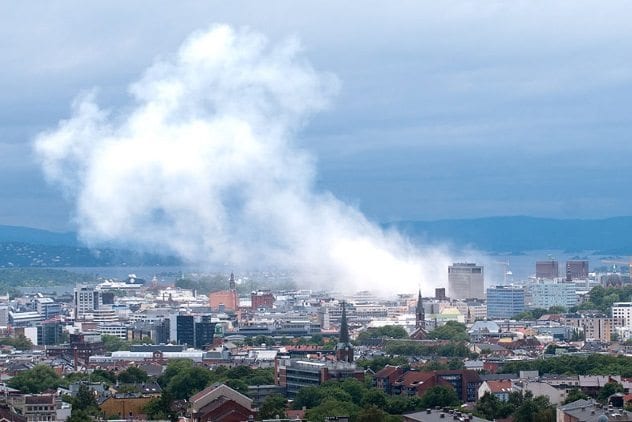 In Norway in July 2011, Anders Behring Breivik murdered 77 people. First, he set off a car bomb in Oslo, killing eight, and he then traveled to a summer youth camp by ferry and shot more than 100 people, killing 69 of them. Breivik, a right-wing extremist, was arrested and sentenced to 21 years in prison.

It took only a few days for rumors of a false flag operation to begin hitting the web. It was reported that several eyewitnesses saw a second shooter on the island where the summer camp was held. There were also claims that police held bomb detonation drills the year before in the area where Breivik set off the car bomb. The motive of the attack is said to have been because Norway decided to stop bombing Libya and wanted other NATO states to follow its example. Therefore, the attacks were allegedly NATO taking revenge on Norway. 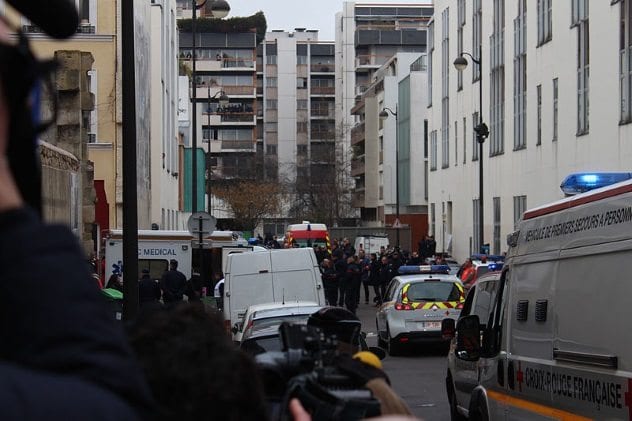 In January 2015, two brothers barged into the Charlie Hebdo offices in Paris and proceeded kill 12 people and wound a further 11 with an array of weapons.

A mere week later, several detailed articles appeared on the Internet, claiming that all was not as it seemed regarding the attack. These articles claimed that France itself was involved in the attack, as the country had been aiding and arming terrorists for many years. It was also stated on several sites that the suspects who shot up the Charlie Hebdo offices had been monitored by French authorities for a long time, and their ties to Al-Qaeda could not have been a surprise.

There are several more theories about this attack, including suspicion over the suicide of a top French investigator and an order for French aircraft carriers to attack ISIS militants in the Persian Gulf a day before the attacks. As with many other false flag accusations, it is thought that the Charlie Hebdo tragedy could be used as a reason for the continuance of war.

6 The Disappearance Of Flight MH370 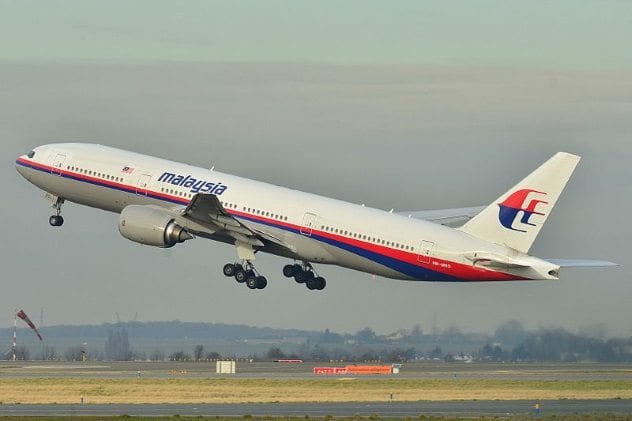 Although several pieces of debris have been found from the ill-fated flight MH370, the reason that the plane crashed into the ocean remains a mystery to this day. Conspiracy theories abound, including an out-there theory that the wreckage found after another Malaysia Airlines plane, MH17, was shot down was actually that of MH370.

Per claims on the Internet, evidence for this theory includes Photoshopped pictures of the wreckage, including the addition of a window where there was none previously. There were more rumors of corpses that had no blood left in them, statements that MH17 never took off from the airport due to cancellation, and claims of brand-new passports being found among the debris. It is alleged that the two planes were the same model and that a US State Department deputy admitted that the evidence of MH17’s fate was based solely on social media posts. 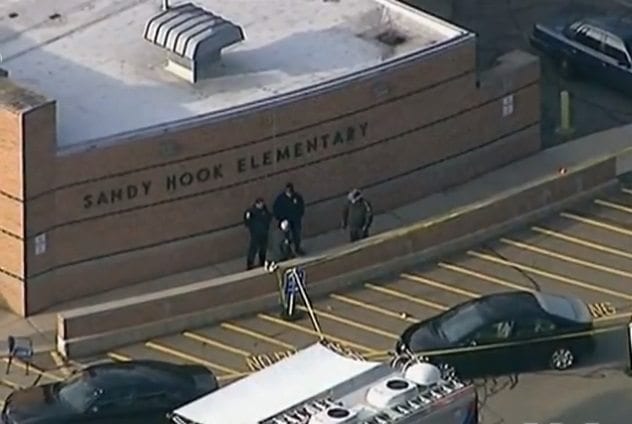 From the time that word of the Sandy Hook tragedy hit news agencies around the world, there have been people calling the whole incident a hoax. It is also claimed to be a false flag operation of which each and every detail has been completely fabricated.

There are a multitude of reasons given for this: It is alleged that a charity web page for survivors and families of the deceased was set up before the shooting even happened. Several news reports initially couldn’t settle on what type of weapon was used, and all reported it was rifle eventually. However, people disagree that a rifle could claim 26 lives in such a short time. Then there were the inconsistent stories from witnesses. There were absolutely no photos of victims or even of blood at the scene, but allegedly Photoshopped pictures exist of a teacher assisting in evacuating children from the school.

The school building reportedly had an asbestos problem and was shut down in 2009, while another claim stated that a local glass company operated from the building. It is also said that TV interviews were done by actors, some of whom were caught giggling before starting to cry on camera. 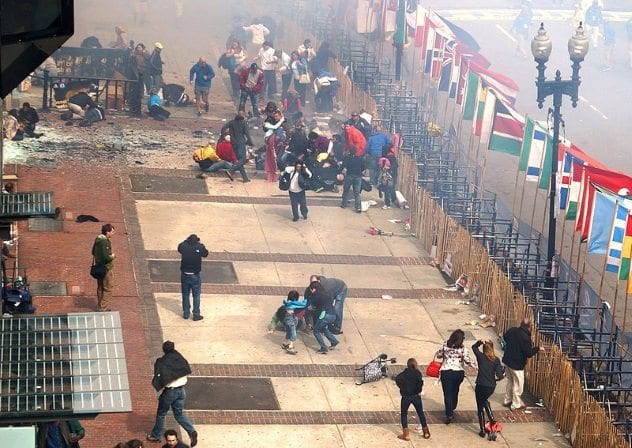 As with 9/11, rumors started immediately after the Boston Marathon bombing that the attack was an inside job. Four hours after the incident in which two pressure cooker bombs killed three people and injured more than 260, an anonymous user posted a message on a 4chan thread that the bombing would be blamed on an unstable young man and that weapons and an NRA book would be found in his home. Later that day, a young man by the name of Dzhokhar Tsarnaev and his brother, Tamerlan, were named as suspects.

There are photos that raised even more suspicion regarding the incident. One picture showed a man in battle dress uniform holding a radiation detector at the finish line only minutes after the initial blast. Apart from this man, four others with Craft International (a “tactical training provider”) insignias were also snapped at the scene, raising questions as to how they could respond so quickly if the blast was unexpected. Some people also allegedly saw sniffer dogs at the site before the start of the marathon. Some also use the Tsarnaev brothers’ mother as evidence of an inside job because she stated publicly that her sons had been set up by the FBI. 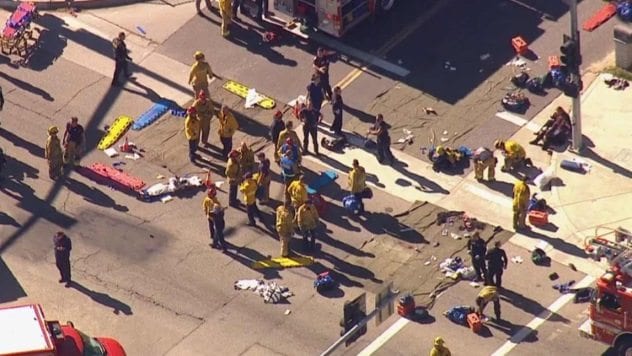 Photo via Outside the Beltway

In December 2015, Syed Rizwan Farook and Tashfeen Malik carried out an attack at the Inland Regional Center in San Bernardino, California, killing 14 people and injuring 22. Called the deadliest mass shooting since Sandy Hook, rumors quickly started up that this, too, was a false flag.

Several witnesses claimed that three white males in military gear were shooting at people, but the suspects named were an Arab couple who were shot dead by police after a high-speed chase and shootout. Afterward, the eyewitness accounts of the white males were simply ignored. Many also refuse to believe that a tiny woman would have been able to carry guns and wear a vest while shooting and tweeting at the same time. It has been claimed that both Sandy Hook and the San Bernardino shootings were planned in order for Barack Obama to push an anti-gun agenda. 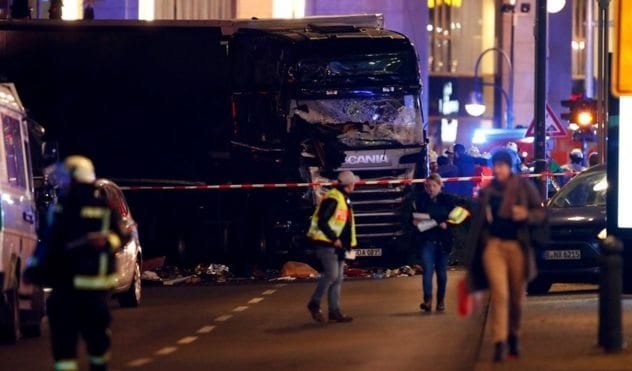 On December 19, 2016, a Berlin Christmas market was bustling with people when a truck suddenly rammed through it. This deliberate incident, claimed by ISIS, left 12 people dead and more than 50 others injured. When it was announced that the attacker, Anis Amri, was shot dead by police in Italy, people immediately cried foul because of conflicting news reports.

German police officers firmly stated that the suspect was hiding out in Berlin, and footage showed him at a mosque in the area the day after the attack. A day later, reports came out stating that he was spotted in Denmark. It is claimed that Amri could not have traveled around and ended up in Italy because the extent of his injuries sustained during the attack would have prevented him from doing so. There are also claims that the Milan police had received no information that the suspect was possibly in their city.

1 The Assassination Of Andrei Karlov 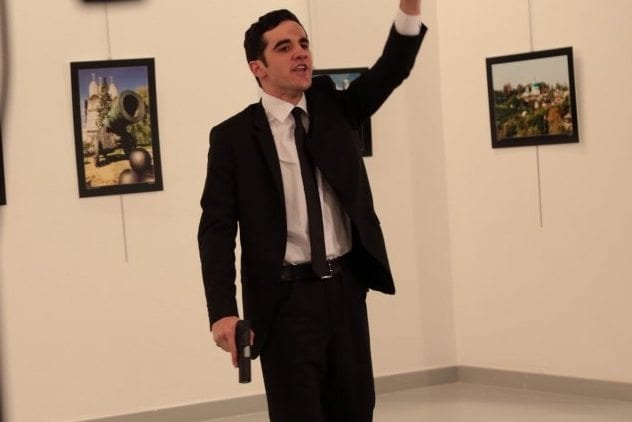 Also on December 19, 2016, Andrei Karlov, the Russian ambassador to Turkey, was assassinated at an art exhibition in Ankara by an off-duty Turkish police officer who shouted, “Don’t forget Aleppo. Don’t forget Syria.” Mevlut Mert Altintas fired one warning shot before shooting Karlov, who died from his injuries after being rushed to hospital.

Cameras caught the entire incident, and some who scrutinized the footage are now convinced that the tragedy was staged in order to end peace talks between Turkey and Russia and prevent an end to the Syrian war. Several news agencies speculated on the false flag angle, with some stating that foreign NATO secret services planned the whole thing. Vladimir Putin is also said to be convinced of a setup by the West. There has also been speculation on Twitter about the lack of blood in the footage despite the fact that the ambassador was shot eight times.