Ever since the country first appeared in ancient Chinese chronicles, few places can boast as colorful and interesting a story as Japan’s. While nearly everybody’s heard about how the country’s Mongol invasions were thwarted by tsunamis or how it was sealed off from the rest of the world during its Edo period, there are plenty of other strange and surprising tidbits in Japanese history.

10 It Used To Be Illegal In Japan To Eat Meat 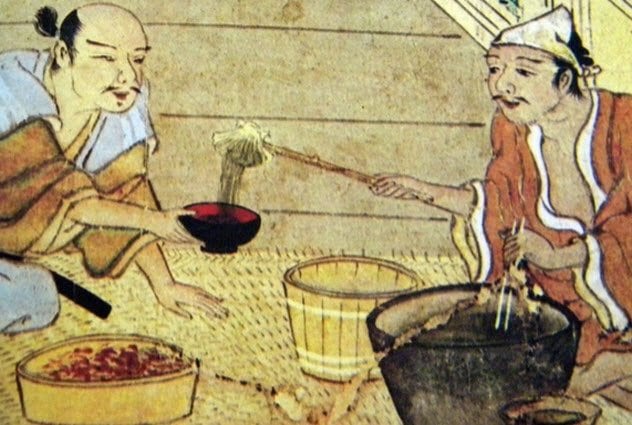 Starting in the mid-seventh century, the Japanese government placed a ban on eating meat which lasted on and off for over 1,200 years. Probably influenced by the Buddhist precept that forbids the taking of life, Emperor Tenmu issued an edict in 675 that banned the eating of beef, monkeys, and domestic animals under penalty of death.

The original law was only meant to be observed between April and September, but later laws and religious practices essentially made eating most meat, especially beef, illegal or taboo. Contact with Christian missionaries began to popularize meat eating again in the 16th century. Although another ban was proclaimed in 1687, some Japanese continued to eat meat.

By 1872, the Japanese authorities had officially lifted the ban and even the emperor had become a meat eater. While not everybody was immediately enthused, particularly monks, the centuries-old taboo on eating meat soon faded away.

9 Kabuki Was Created By A Crossdressing Woman 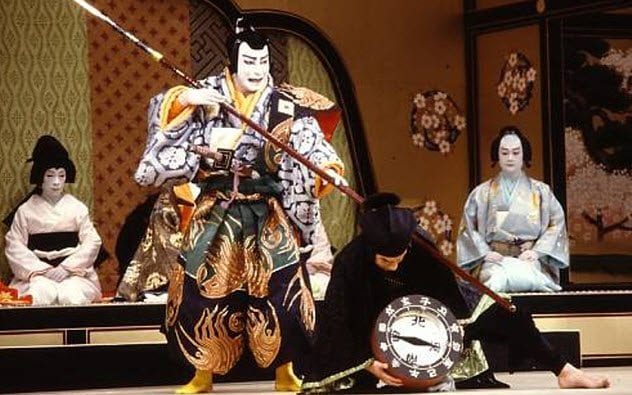 Kabuki, one of Japan’s most famous cultural icons, is a colorful form of dance theater in which both male and female characters are played exclusively by men. In its earliest stage, however, Kabuki was the exact opposite: The characters were played by women.

The founder of Kabuki was Izumo no Okuni, a priestess who became famous for performing dances and skits while dressed as a man. Okuni’s energetic and sensual routine was a huge hit, and other courtesans cashed in on her style by imitating her performances in all-female troupes.

This “women Kabuki,” as it was known, was so popular that dancers were even invited by daimyos (“feudal lords”) to stage private performances at their castles. As much as everybody else enjoyed the raunchy new art form, however, the government was not pleased.

In 1629, after a riot erupted at a Kabuki show in Kyoto, women were banned from the stage. Male actors took on the female roles, and Kabuki as we know it today was set in stone. 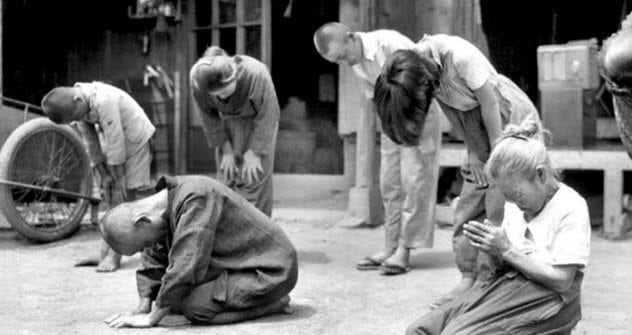 On August 15, 1945, Emperor Hirohito announced the unconditional surrender of Japan to the Allied powers in a nationwide radio broadcast known as the “Jewel Voice Broadcast.” The broadcast was not live but had been recorded the previous night. It also nearly didn’t make it out of the Imperial Palace.

The same night that Emperor Hirohito recorded his message, a group in the Japanese military who refused to surrender launched a coup d’etat. Major Kenji Hatanaka, the coup’s leader, occupied the Imperial Palace with his men for several hours. Hatanaka wanted the recording of the Jewel Voice Broadcast destroyed. Although his soldiers thoroughly searched the entire palace, it was nowhere to be found.

Miraculously, despite the search of everyone leaving the palace, the recording was smuggled outside in a laundry basket. Hatanaka wasn’t ready to give up, though. He left the palace and pedaled to a nearby radio station on his bicycle.

Hatanaka wanted to air a message, but the station wouldn’t allow it because of technical issues. Defeated, the rebel leader returned to the palace, shooting himself in front of the building. 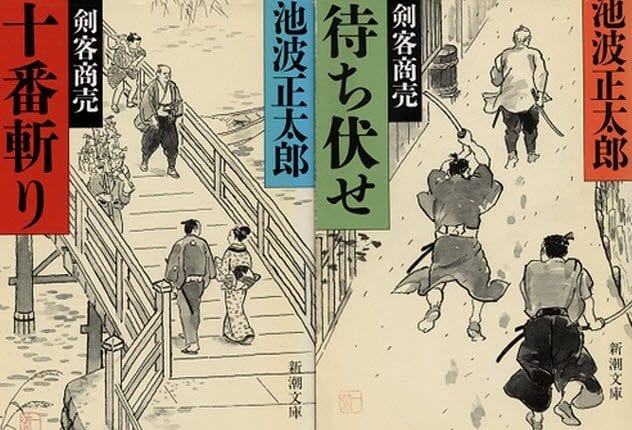 In medieval Japan, it was considered dishonorable if a samurai’s sword couldn’t cut through an opponent’s body in one stroke. It was important then for a samurai to know about the quality of his weapon, and every new sword he got had to be tested before he took it into battle.

Samurai usually practiced cuts on the bodies of criminals and corpses. But there was another method called tsujigiri (“crossroads killing”) in which targets were random commoners who were found walking on crossroads at night.

Incidents of tsujigiri were rare. But it did eventually become such a problem that the authorities felt the need to ban it in 1602. One report from the Edo era (1603–1868), describing the early years of the period, claimed that people were killed in tsujigiri every night on certain crossroads in modern-day Tokyo. 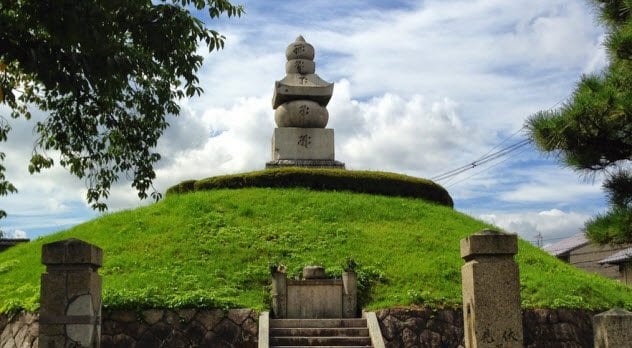 Under the legendary leader Toyotomi Hideyoshi, Japan invaded Korea two times between 1592 and 1598. Although Japan eventually withdrew its troops from the country, the invasions were very brutal, with a possible death toll numbering as many as one million Koreans.

During that time, it wasn’t uncommon for Japanese warriors to take the heads of their enemies as war trophies. Shipping so many heads back to Japan would have been difficult, though, so the soldiers took ears and noses instead.

Once back in Japan, monuments were set up for the grisly trophies that were known as “ear tombs” and “nose tombs.” One such tomb in Kyoto, the Mimizuka, contains tens of thousands of trophies. Another in Okayama held 20,000 noses, but these were returned to Korea in 1992. 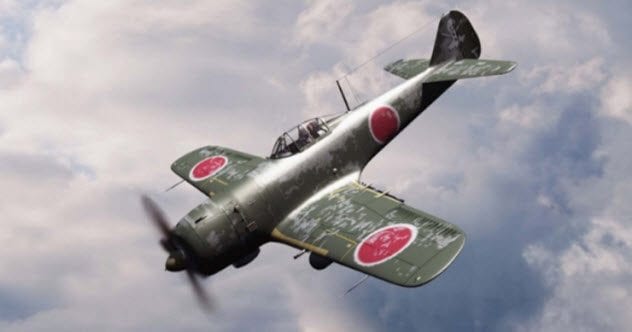 By October 1944, Vice Admiral Takijiro Onishi believed that the only way for Japan to win World War II was through the infamous kamikaze operation, suicide attacks in which Japanese pilots would crash their planes into Allied ships. Onishi hoped that the shock of the attacks would unnerve the United States, leading them to give up the war. He was so desperate, in fact, that he said he was willing to sacrifice 20 million Japanese lives to win.

After hearing of Emperor Hirohito’s surrender in August 1945, Onishi became distraught over the thousands of kamikaze pilots he had sacrificed. He thought that the only proper atonement was suicide and committed seppuku on August 16. In his suicide note, he apologized to “the souls of those bereaved dead and their bereaved families” and begged for the young people of Japan to work toward world peace. 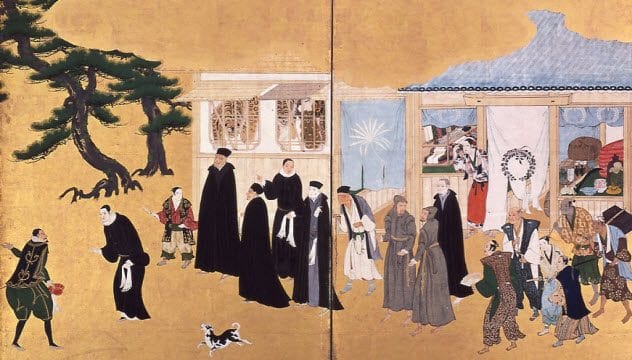 In 1546, the 35-year-old samurai Anjiro was on the run from the law. Wanted for killing a man in a fight, he was hiding in the trading port of Kagoshima to avoid capture. While hiding, Anjiro came into contact with some Portuguese, who took pity on him and sent him off to Malacca.

During his time abroad, Anjiro studied Portuguese and was baptized with the name Paulo de Santa Fe, becoming the first Japanese Christian. He also met Francis Xavier, a Jesuit priest who traveled with Anjiro to launch a Christian mission in Japan in summer 1549. The mission ended poorly, with Anjiro and Xavier parting ways, the latter settling to try his luck in China.

Although Francis Xavier’s Japan mission might not have gone as well as he had hoped, he was eventually made a saint and a patron of Christian missionaries. Anjiro, who is believed to have died a pirate, is now largely forgotten. 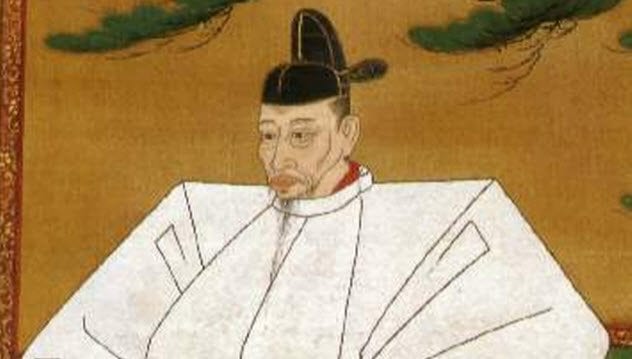 Not long after the West first established contact with Japan in the 1540s, a Portuguese trade in Japanese slaves appeared. Sold to the Portuguese by other Japanese, these slaves were sent off to Portugal and other parts of Asia. The trade eventually became so large that even Portuguese slaves in Macau owned Japanese slaves.

Jesuit missionaries were not pleased with this activity. In 1571, they persuaded the king of Portugal to put a stop to the enslavement of Japanese, although Portuguese colonists resisted and ignored the ban.

Toyotomi Hideyoshi, a Japanese warlord and leader, was furious about the trade. While ironically having no problem with enslaving Koreans during the Korean invasions he launched in the 1590s, Hideyoshi was vocal about ending the trade in Japanese slaves.

In 1587, he issued a ban that outlawed the practice, although the sale of Japanese slaves did persist for some time afterward. 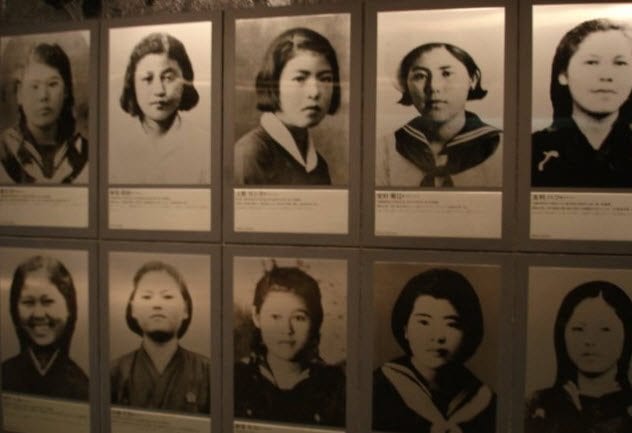 In April 1945, the Allies launched their invasion of Okinawa. The three-month-long bloodbath killed over 200,000 people, 94,000 of whom were Okinawan civilians. Among the civilian dead was the Himeyuri Student Corps, a group of 200 female students between the ages of 15 and 19 whom the Japanese had forced to work as nurses during the battle.

At first, the Himeyuri girls worked at an army hospital. But they were moved to caves as the bombing of the island grew worse. They fed wounded Japanese soldiers, helped to perform amputations, and buried the bodies of the dead. As the Americans advanced, the girls were told not to surrender. Instead, they were advised to commit suicide by hand grenade.

Although some of the girls killed themselves, others died in the fighting. In one incident known as “The Cave of the Virgins,” 51 of the girls were killed after the cave they were hiding in was shelled. After the war, a monument and a museum were built for the Himeyuri girls. 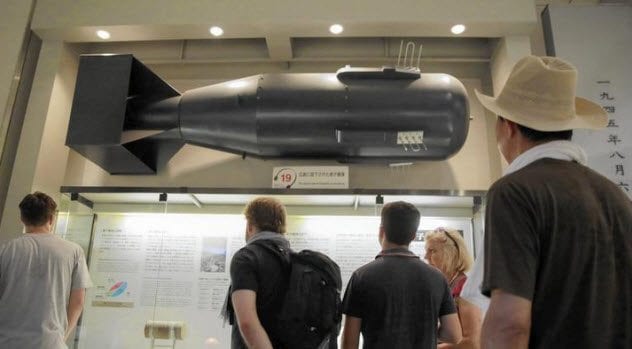 The atomic bombings of Hiroshima and Nagasaki shocked Japan and the world in August 1945, but one Japanese scientist might not have been so surprised. Physicist Yoshio Nishina had been worried about the possibility of such attacks since 1939. Nishina was also the head of Japan’s first nuclear weapon program, which started its research in April 1941.

By 1943, a committee headed by Nishina concluded that creating a nuclear weapon was possible but too difficult, even for the United States. The Japanese continued to research the possibility in the meantime, and another program called the F-Go Project was set up under physicist Bunsaku Arakatsu.

Though neither program was successful, who knows how differently World War II might have turned out had Japan gotten an atomic weapon first? According to author Robert K. Wilcox, Japan had the knowledge to create an atomic bomb but lacked the resources. In one close call in May 1945, a Nazi submarine that was supposed to deliver 540 kilograms (1,200 lb) of uranium oxide was captured on its way to Tokyo by the United States Navy.