Scary movies, both good and bad, have been around for a very long time. Often, there is a lot more to some horror movies than initially meets the eye. On this list are some lesser-known facts about some of the most popular horror movies from the last several decades. Be warned: There are potential spoilers. 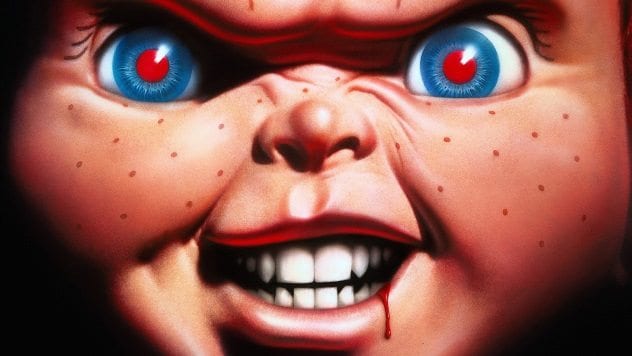 In February 1993, two-year-old James Bulger was abducted from a shopping center in Bootle, Merseyside, England, by two 11-year-old boys. The boys viciously murdered the toddler after torturing him and left his body on a railway line, where he was found two days later.

The judge presiding over the trial commented that he believed that violent horror movies could lead to violent murders such as Bulger’s. There were claims made that one of the boys, Jon Venables, watched Child’s Play 3, in which Chucky (a possessed doll) is splashed with paint and suffers severe facial mutilation. James Bulger’s body showed evidence of battering, and the little boy had also been covered in paint.

Police refuted the claims, however, saying they could not find hard evidence linking the movie scene to the crime.

9 A Nightmare On Elm Street 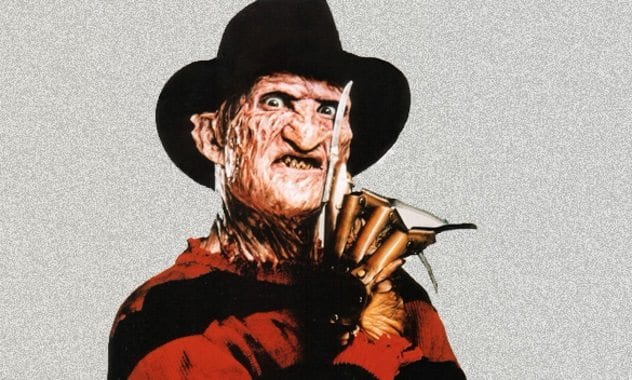 Wes Craven directed a great many horror films during his successful career, including the Scream movies, two The Hills Have Eyes films, and The Last House On The Left, but he will probably always be best remembered for creating one of the scariest horror villains of all time: Freddy Krueger. 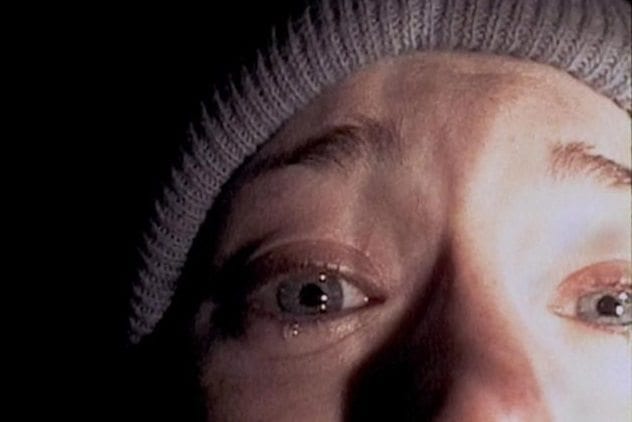 The actors and actresses of The Blair Witch Project knew very little of what they were getting themselves into when they started the eight days of filming it took to complete the movie. They went in thinking the legend of the Blair Witch was real, and they were given less food each day to build and keep tension between them.

The movie ended up being a huge success, though maybe a little too realistic for some. Actress Heather Donahue’s mother was dumbstruck when she started receiving sympathy cards after the release of the movie. They were from people who genuinely believed that Heather had disappeared or was dead. 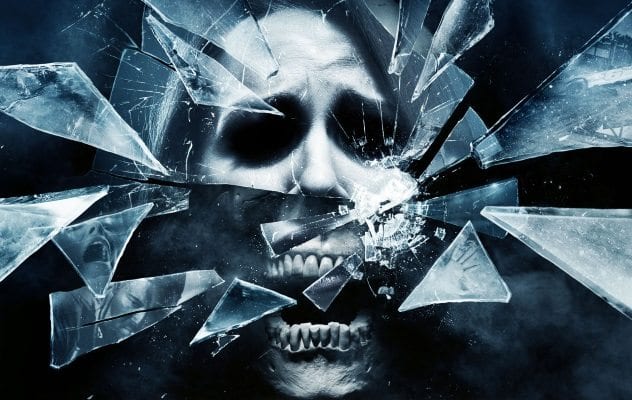 A series of creepy incidents surrounding the Final Destination franchise spooked the actors as well as the screenwriters and executives both before and during filming of the movies.

The project executive of the first film was planning to read the script during a flight to New York City. That was until he saw the original title, Flight 180, and realized he had just boarded Flight 180 to New York. The script remained unread until the plane landed in NYC. During the filming of the third film, the cast got stuck on their first go on the roller coaster and remained stuck for half an hour. 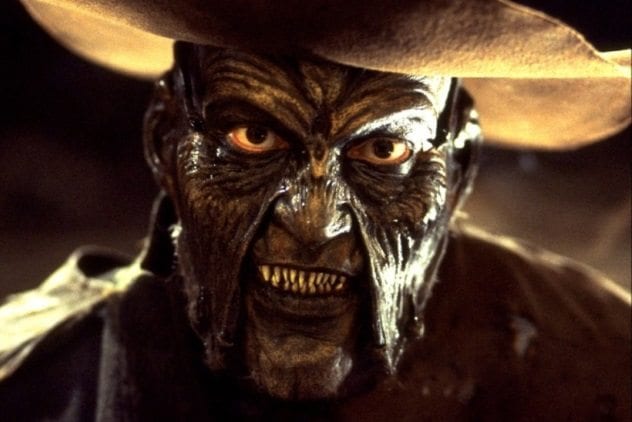 Two witnesses to a crime in 1990 became the inspiration for the opening scenes of Jeepers Creepers, a horror movie released 11 years later. Although never publicly acknowledged by the director, the sequence of events is too similar to be a coincidence.

Dennis DePue murdered his wife after she filed for divorce in 1990. He shot her in the back of the head and hid her body behind an abandoned school building. A couple, Ray and Marie Thornton, witnessed DePue dumping the body. They were spotted by DePue and subsequently followed for a good couple of miles. There was a reenactment of the crime on an episode of Unsolved Mysteries in 1991, which is almost word-for-word and scene-for-scene the same as the beginning of Jeepers Creepers, in which a brother and sister are followed by a monster after they spot him dumping bodies behind an abandoned church.

5 The Hills Have Eyes 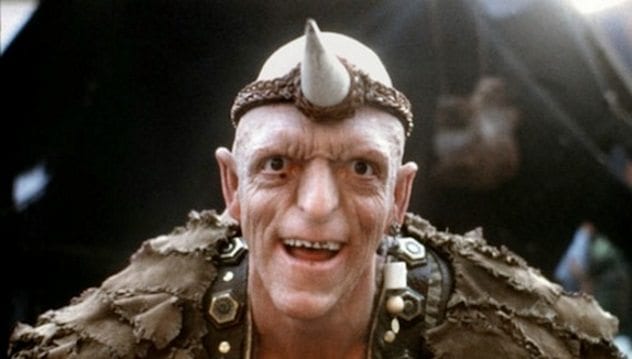 The Hills Have Eyes is a gruesome horror movie about a US family being stalked by a group of psychotic mutants in the desert. There is plenty of blood and gore as humans, mutants, and animals are massacred.

The inspiration for this bloody movie and its sequels comes from a dark legend originating from Scotland. The legend goes that a sadistic cannibal by the name of Sawney Bean and his clan murdered and feasted on at least 1,000 people while hiding out in a cave on a beach on the southwestern coast of Scotland. Wes Craven confirmed that this legend was the main inspiration for the script of the remake of The Hills that was released in 2006. 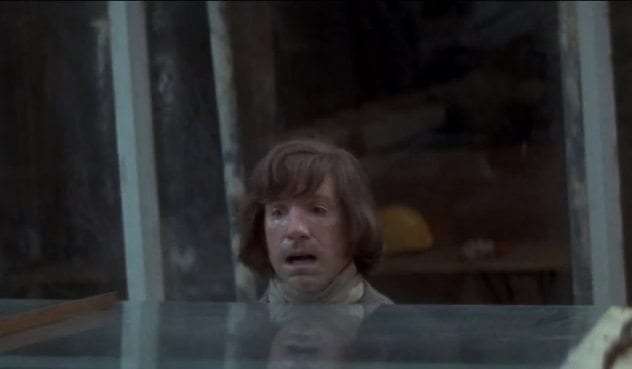 As creepy as The Omen may be, it doesn’t have a patch on the real-life events surrounding it. It probably didn’t help that the movie was released on June 6, 1976.

The movie includes a scene where a man is beheaded by a glass plate. In real life, the specials effects consultant who created the scene was killed in a car accident, his body cut in half. Another sad incident was the suicide of actor Gregory Peck’s son soon after he accepted the role of Damien’s father. Flying to England to start filming saw Peck’s plane being struck by lightning twice and almost crashing into the ocean.

The producer of the movie was staying at the Hilton hotel in London when it was hit by a bomb blast. Luckily, Mace Neufield wasn’t in his room at the time. He also missed another bomb blast by mere minutes when a restaurant was blown up minutes before he arrived. 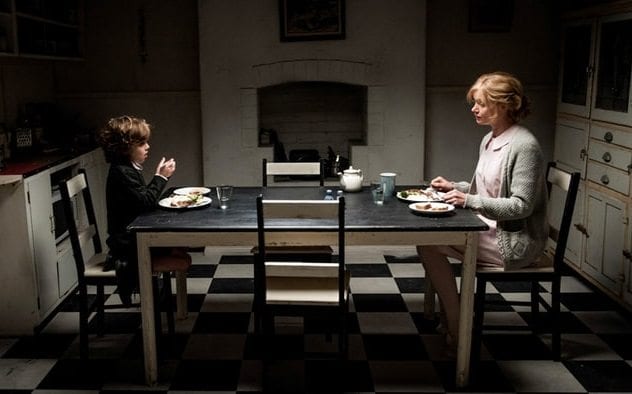 Just after the turn of the millennium, Jennifer Kent was told a weird and creepy story. One of her girlfriends told her about her son being terrified of what he called a “bogeyman” stalking him. In order to keep the young boy calm, his mother would pretend to be able to see it and carry on conversations with it.

The story stuck with Kent, and she produced a short film in 2005 based on it. Years afterward, the story still wouldn’t leave her and eventually resulted in 2014’s hit horror film The Babadook. Kent surmised that the mom who told her the original story gave her the lasting inspiration to come up with the horror movie. It led her to creating the character of the mom in the movie and also eventually realizing that she had made a psychological horror film that resonated with mothers worldwide. 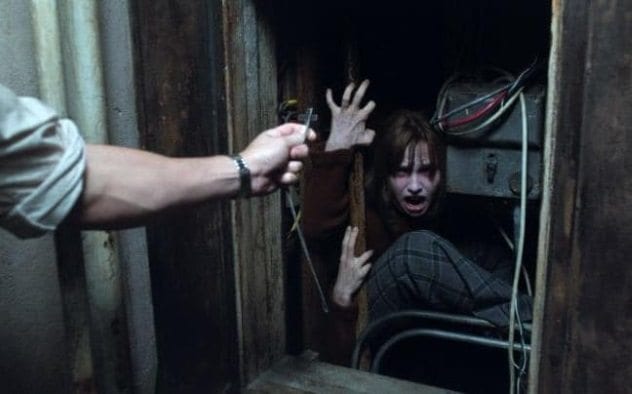 A wave of paranormal activity claims flooded the Internet after The Conjuring 2 was released in 2016. A woman was reportedly possessed by evil during a screening of the movie, and news websites jumped onboard and claimed that the story was true. On Facebook, a post about a man who claimed to have found a cross on his hotel room mirror the night he watched the movie went viral.

While all these claims are highly dubious at best, one creepy event remains unexplained at the time of this writing: A 65-year-old man watching the film at a cinema in Tiruvannamalai, Tamil Nadu, India, fainted during the last part of the movie after complaining of pain in his chest. After being taken to the nearest hospital, the man was declared dead, and his body was sent off to another hospital for a postmortem. However, the body as well as the driver meant to transport it went missing and haven’t been found yet. 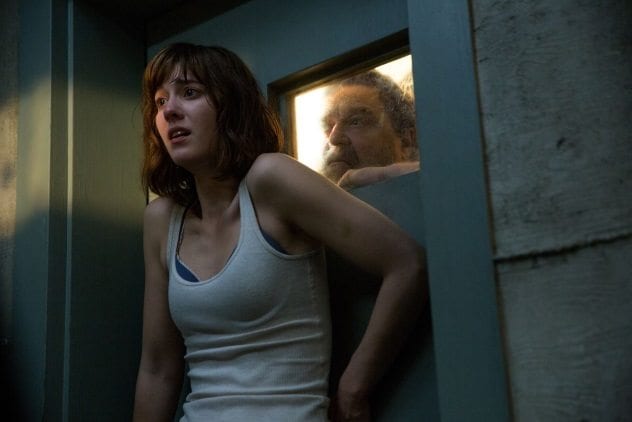 On top of being a great movie, 10 Cloverfield Lane also has one of the most talked-about twist endings of any movie in 2016. It is essentially about a crazy man who keeps two people hostage in his home after telling them the air outside is toxic and that they will die if they try to escape.

Naturally, when the main character does escape, she finds something even crazier than the story her captor told her. However, what only some people may have realized is that the film is actually about domestic abuse, as pointed out by several film critics. One critic in particular remarked how the film points out that simply leaving a bad situation doesn’t make all of the problems magically disappear. The director of the film was pleased that some people picked up on the nuances of the film and looked deeper than just the surface of what they were watching.

Estelle lives in Gauteng, SA. She loves horror movies and creepy stories of all kinds.