The history of the US presidency is full of well-known oddities, scandals, and moments of heroism. But there are also lesser-known moments that deserve recognition. Some of those moments were full of guano, shocked the nation, or had the potential to change the course of US history. 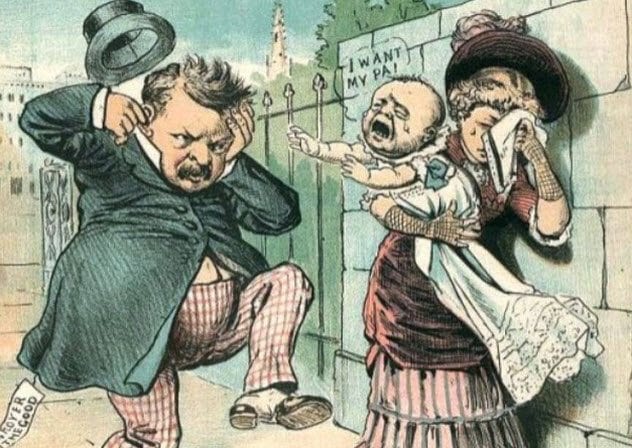 Grover Cleveland had a child out of wedlock long before he ran for president in 1884. When the news broke, Cleveland admitted to his relationship with Maria Halpin matter-of-factly. He also asserted that Halpin had engaged in affairs with many other men at the same time and that he had admitted paternity largely because he was the only bachelor among them.

At the time, these statements about Halpin’s character, which indicated that Cleveland hadn’t seduced an innocent or respectable woman, were almost perceived as justification. Halpin, on the other hand, alleged that Cleveland had raped her, that he was the only man who could have been the child’s father, and that he had threatened to ruin her if she reported the rape.

Cleveland’s opponent, James Blaine, made it into a campaign issue, though as a matter of sex outside wedlock rather than rape. Blaine’s supporters chanted, “Ma, ma, where’s my pa?” After Cleveland’s victory, his backers had a rhyming response, “Gone to the White House, ha, ha, ha!” 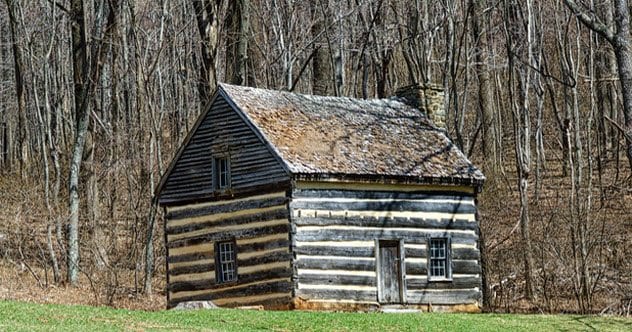 William Henry Harrison did not have an especially dynamic presence. When he ran for president, an opposing newspaper’s editorial claimed, “Give him a barrel of hard cider and settle a pension of two thousand a year on him, and take my word for it, he will sit the remainder of his days in his log cabin.”

Harrison’s team seized on this and made it the theme of their campaign, depicting Harrison as somebody who identified with ordinary people and their concerns. This went over especially well because the United States was in financial difficulty, with high inflation and unemployment that his opponent, President Martin Van Buren, had not been able to fix.

Harrison even claimed to have been born in a log cabin. This wasn’t true—unless you count a red brick mansion as a log cabin plus a bit. Harrison was born far wealthier than opponent Van Buren, whose family background might well have included birth in a log cabin. 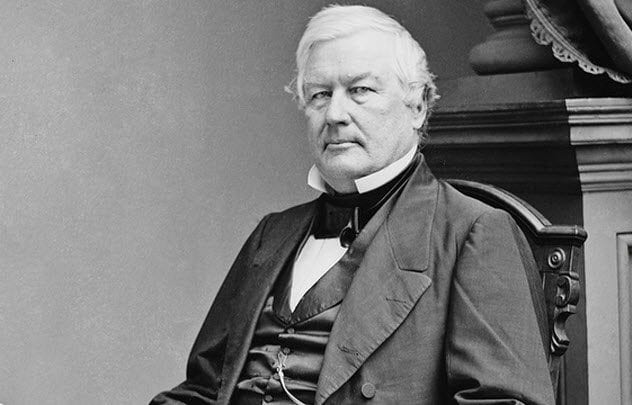 Millard Fillmore is one of the US’s most forgettable presidents. He was even nicknamed “His Accidency” because he was Zachary Taylor’s vice president and came into office after Taylor died.

Unlike Taylor, Fillmore supported slavery and passed the Fugitive Slave Act of 1850. This law required that slaves who escaped to free states be returned to their owners and made it illegal to help fleeing slaves. Fillmore also promoted the ethnic cleansing of Native Americans to reservations to make way for white settlers.

However, he knew some important issues when he saw them. Fillmore spent several minutes of his 1850 State of the Union Address discussing the state of guano (then an important fertilizer) and promising to increase affordable access to it. 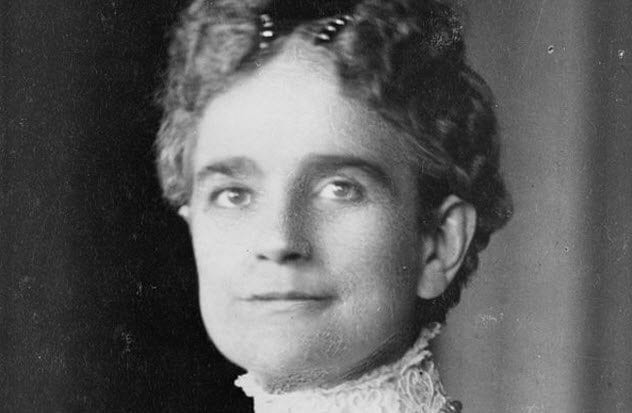 Ida McKinley was a remarkable woman, trained in business by her banker father so that she would never need to rely on a man for a living. She was also a supporter of women’s right to work.

Shortly after she married William McKinley, she lost her mother and firstborn child within weeks of each other. Then she experienced an injury that left her with epilepsy. Two years later, her one surviving child died.

After such a series of personal tragedies and considering her illness, you’d think that McKinley’s opponents in his presidential campaigns would have considered her off-limits. But remember, these are political campaigners that we’re dealing with.

They spread rumors about her, suggesting that she was mentally ill. Some also asserted that she was an English spy. To counter these rumors, McKinley’s campaign staff wrote a biography of her that they included in their regular campaign materials, establishing a practice that continues today. 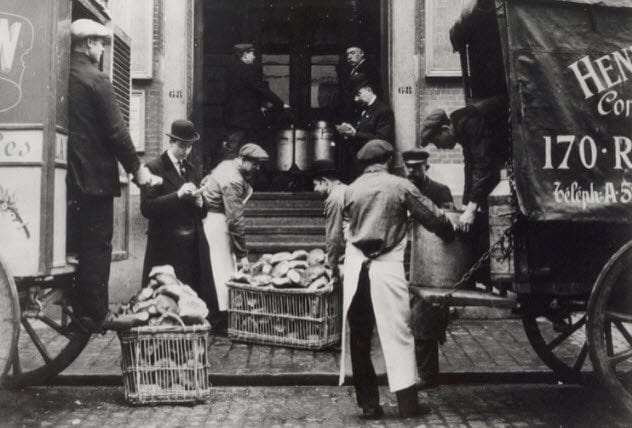 While Herbert Hoover’s presidency is generally considered a failure because of the Great Depression, he’s remembered far more fondly in Europe, especially in Belgium. Due to various naval blockades during World War I, food supplies were running dangerously low in Belgium. Hoover made it his personal mission to prevent starvation and used all his influence to persuade the various military forces involved to let food shipments through.

As the war dragged on, the project became increasingly complicated and expensive, but Hoover’s efforts kept five million tons of food coming and prevented mass starvation. These mass efforts, unprecedented at the time, later became a model for humanitarian relief. 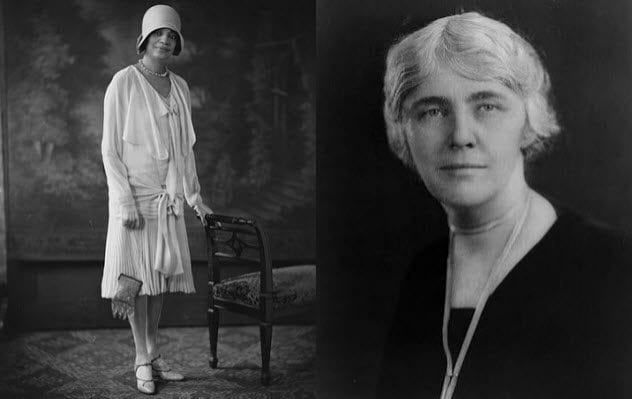 It wasn’t just the Great Depression that lost Herbert Hoover the reelection. In 1929, his wife, Lou, invited several guests to tea, including Jessie DePriest, the wife of Illinois Congressman Oscar DePriest. Both DePriests were African Americans.

Many Southern politicians were outraged, the White House was under siege with letters and telegrams of protest, and the Texas legislature even formally voted to admonish Mrs. Hoover.

The White House’s official response was guarded, emphasizing that it was tradition for the First Lady to invite Congressmen’s wives to tea. However, it’s probably not coincidence that President Hoover invited Robert Moton, the president of Tuskegee Institute, to lunch the following week. 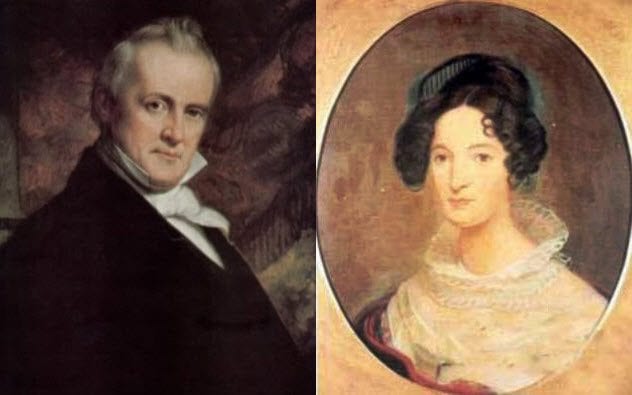 James Buchanan is the only president who was never married. Today, there’s still considerable speculation about whether he was heterosexual, gay, or bisexual. Most of the debate centers on his relationship with William Rufus King, his closest friend.

However, during his lifetime, Buchanan declared that he was single because of a disastrous romance with a woman. In 1819, he became engaged to Ann Caroline Coleman, the daughter of a wealthy man. There were rumors that he was more interested in her wealth than in her affections, and he made these rumors worse by his perceived attentions to other women.

Ann broke off the engagement and died unexpectedly a month later, possibly a suicide. Buchanan wrote to her father, pleading to be allowed to attend the funeral, but the unrelenting parent sent the letter back unopened.

After Buchanan died, his heirs found that he had kept Ann’s letters in his safe with instructions that they were to be burned, unread. 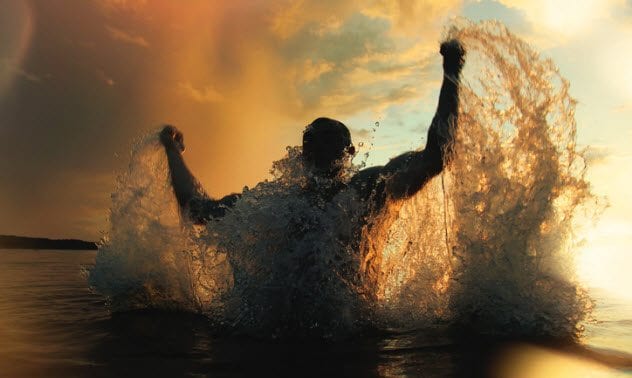 John Quincy Adams was lucky that he was born before the era of cameras everywhere, or he might have ended up in quite the scandal. He regularly went swimming in the Potomac and left his clothing on the riverbank.

According to an undocumented rumor, journalist Anne Newport Royall was unable to get an interview with him by normal means, so she found him swimming and sat on his clothes until he granted her an interview on the spot. 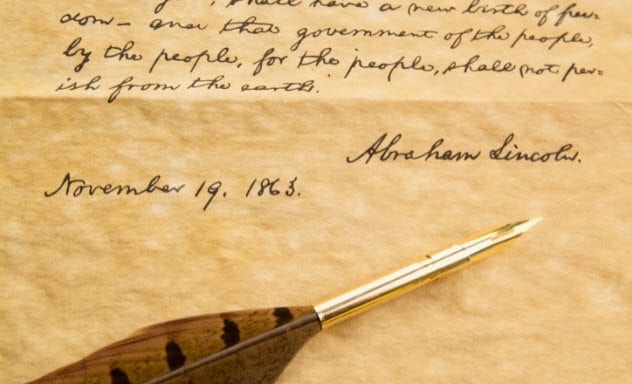 Just before delivering the Gettysburg Address, President Abraham Lincoln was weak and dizzy and he looked seriously unwell. Although he managed to give the famous address, he was clearly getting worse on the train ride back to Washington, DC. He developed a fever, backaches, and a rash, and didn’t recover fully for weeks.

To prevent a panic, his doctors said that he had “a touch of the varioloid.” But later research seems to show that he had full-blown smallpox and might well have died. If that had happened, this covered-up case of smallpox might have changed the course of the Civil War and US history. 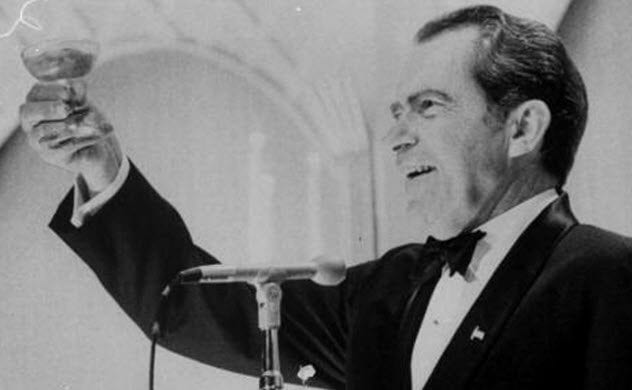 President Richard Nixon didn’t have a strong head for alcohol, and one or two drinks could affect his judgment. According to some stories, he regularly got drunk during his years in office.

Once in 1969 when North Korea shot down a spy plane, Nixon demanded a nuclear strike in retaliation. He went so far as to alert the Joint Chiefs of Staff and order them to recommend targets. Fortunately, Henry Kissinger intervened, telling them to do nothing until Nixon sobered up in the morning. 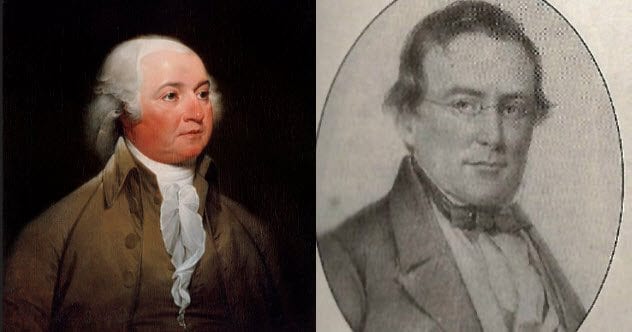 Although freedom of speech is a cornerstone of the United States Constitution, John Adams passed the Sedition Act of 1798 as part of the Alien and Sedition Acts. Collectively, these laws made it easier for the government to deport foreigners and made it more difficult for immigrants to vote.

One Federalist, Harrison Gray Otis, declared that the United States did not wish to “invite hordes of Wild Irishmen, nor the turbulent and disorderly of all the world, to come here with a basic view to distract our tranquility.” The Sedition Act itself forbade “any false, scandalous and malicious writing” about the federal government but left the definition of these terms open to interpretation.

After the Act passed, 25 people were arrested for violating it, including Benjamin Franklin’s grandson, Benjamin Franklin Bache. Bache, a member of the Democratic-Republican Party and a fierce opponent of Adams’s Federalist Party, was arrested for “libeling the President and the Executive Government, in a manner tending to excite sedition, and opposition to the laws, by sundry publications and republications.” 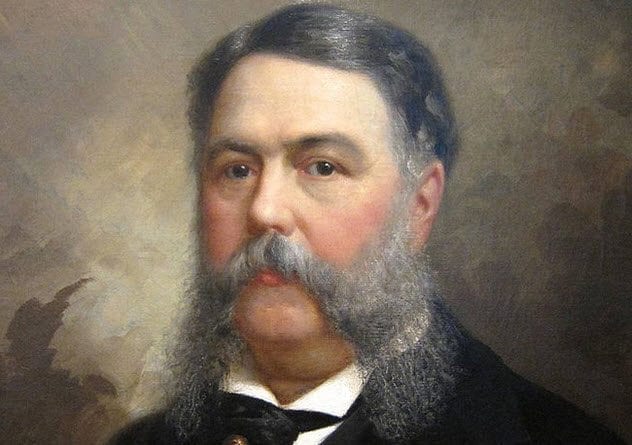 When James Garfield selected Chester Alan Arthur for vice president, many people wondered why. E.L. Godkin, editor of The Nation, wrote, “There is no place in which his powers of mischief will be so small as in the Vice Presidency.” He added, “[Garfield] may die during his term of office, but that is too unlikely a contingency to be worth making extraordinary provisions for.”

Arthur demonstrated his political courage, though, after Garfield was assassinated. The Anti-Chinese Immigration Bill not only blocked any immigration from China for 20 years, it also required existing Chinese residents to register with the government.

In response, nativists across the country condemned Arthur, lowered the US flag to half-mast, and even hanged or burned him in effigy. When it was clear that a compromise act that excluded Chinese for 10 years and didn’t require registration was going to pass despite his veto, Arthur signed but designated it “a breach of our national faith.”