Stretching over 10,000 kilometers, the Silk Road extended from the Mediterranean in the west to India in the south, and China in the east. It was formally established in the third century as the principal route linking the East and West. However, there are accounts of trade along this trail going back much further. Constant flow of goods, technologies, and ideas blurred the lines between Silk Road civilizations and ushered in the modern world.

In 2010, an excavation along the western bank of the Heihe River revealed a civilization going back between 4,100 and 3,600 years. Researchers uncovered copper items and smelting equipment, suggesting this was the location of an ancient metallurgy center.

The rare copper-smelting mill is the earliest of its kind yet discovered. The site has also yielded carbonized barley and wheat seed along with stone farming equipment and adobe houses. These attest to East-West trade going back along this route far longer than the Han dynasty (202 BC–AD 220), which was previously assumed to be the opening of the Silk Road. Adobe construction, wheat, and barely all emerged in Western Asia and spread via this ancient technology corridor.

Yiddish is the 1,000-year-old language of the Ashkenazi Jews. Originally thought to be a German dialect, Yiddish contains elements of Slavic, Hebrew, Farsi, and Turkish, and is written in Aramaic. Recent findings from the University of Sheffield suggest Yiddish originated among Persian and Ashkenazi Jews along the Silk Road.

Harnessing the DNA of Yiddish speakers and GPS, researchers were able to pinpoint the origin point of this enigmatic tongue. Northeast Turkey has emerged as the ground zero of Yiddish. Its emergence as a Silk Road tongue is supported by its over 251 terms for “buy” and “sell.” Some believe that the Ashkenazi Jews settled in Khazaria in the first millennium prior to spreading through Europe after the collapse of trade routes. Others, like University of Tel Aviv’s Paul Wexler, disagree, insisting that Yiddish is a Slavic tongue that acquired new words from other tongues while maintaining its original grammar. 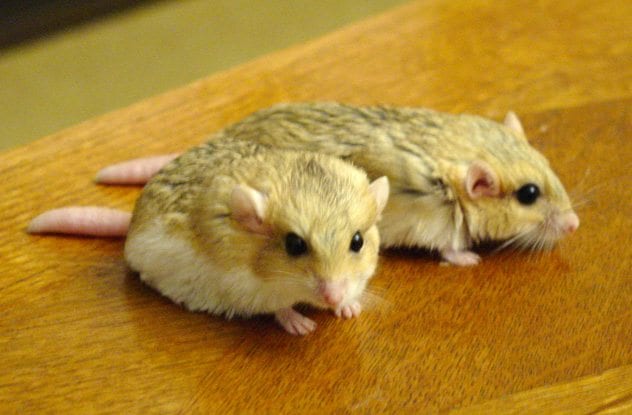 Scientists have long thought that the plague emerged in the West as the result of flea-bearing rats. However, recent research has revealed that gerbils are the more likely culprits. A team from the University of Oslo analyzed records of post–Black Death plague outbreaks and determined that they were linked with climate patterns effecting Asian rodents, not European rats. A 1-degree Celsius change doubles the prevalence of plague in Central Asian rodents.

Researchers believe the Silk Road’s camels may have been a key vectors for the plague. These beasts of burden could have easily caught plague-bearing fleas from gerbils and passed them on to humans. The team has developed a model of 15 years between plague outbreaks in Europe. The first stage involves contact with human hosts. The second is western travel along caravan routes like the Silk Road. The final stage was reintroduction to Europe through maritime trading hubs.

7Lost Branch Of The Silk Road 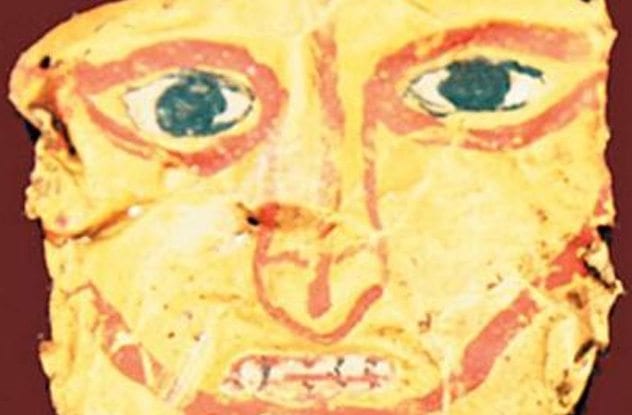 In 2005, monks discovered an 1,800-year-old tomb in Tibet that revealed a long-lost branch of the Silk Road. 4.3 kilometers above sea level, the tomb contained Chinese silk, ceramic and bronze vessels, and a mask of pure gold, revealing contact between Chinese and Tibetan merchants. The tomb also contained the most ancient evidence of Tibetan tea. The previously oldest known samples dated to the seventh century. However, this tea was 400 to 500 years older.

The tea’s chemical composition matched that of tea discovered in the tomb of a Han Dynasty emperor dating to 2,100 years ago. Experts believe both tea varieties originated in Yunnan in southern China. Researchers see these finds are evidence of a long-lost high-altitude portion of the Silk Road. This challenges the tradition notion that mountains are barriers. Instead, researchers are realizing seemingly insurmountable heights can be conduits of trade and technologies. 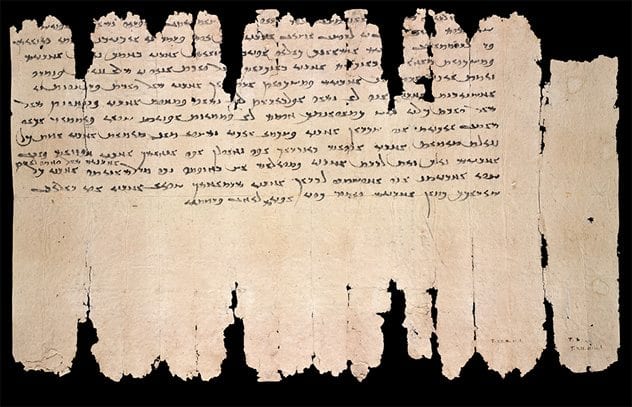 In 1907, British archaeologists Aurel Stein discovered five mysterious letters in the ruins of a watchtower that once guarded the Silk Road city of Dunhuang. These letters are the earliest substantial examples of writing of the Sogdian culture. The Sogdians were a people of Iranian origin, who controlled trade in the fertile valleys of Central Asia between the sixth century BC and the 10th century AD. The five Sodgian letters provide history of Sogdian diaspora and their critical role as Silk Road merchants.

Some believe Chinese authorities confiscated the correspondence. Others believe the mail carrier abandoned the settlement in haste. Letter 2 was written by a Sogdian living in China and discusses the recent attacks of Huns on Yeh and Luoyang. Letter 5 also discusses the threat of the Huns. Letters 1 and 3 were written by a woman named Mewnai, who was abandoned by her husband in Dunhuang. 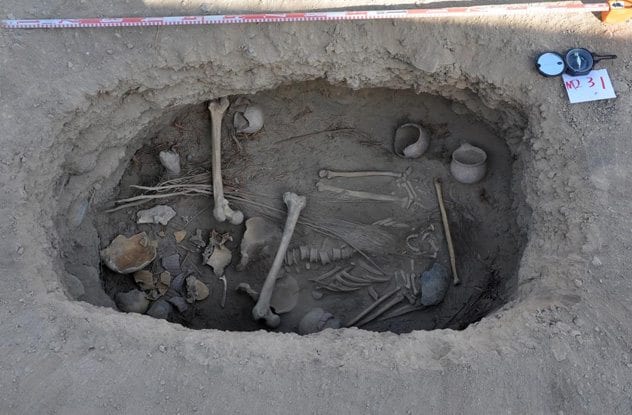 In 2016, archaeologists discovered a tomb along the Silk Road oasis of Turpan containing a cannabis burial shroud. The find attests to the importance of marijuana among the ancient inhabitants of the Silk Road. Dated between 2,800 and 2,400 years ago, the burial of a man in his mid-thirties contained 13 cannabis plants up to a meter long that were placed over the corpse. All 13 plants were locally produced and harvested in late summer.

Researchers believe the burial belongs to the ancient Subeixi culture, which dominated the region between 3,000 and 2,000 years ago. The Turpan oasis has always been a popular stopping point along East-West travel along the Silk Road. The deceased man, who bore Caucasian features, was laid on a wooden board with his head on a pillow of reeds. This burial adds to the mounting evidence that cannabis was “very popular” on the Silk Road. 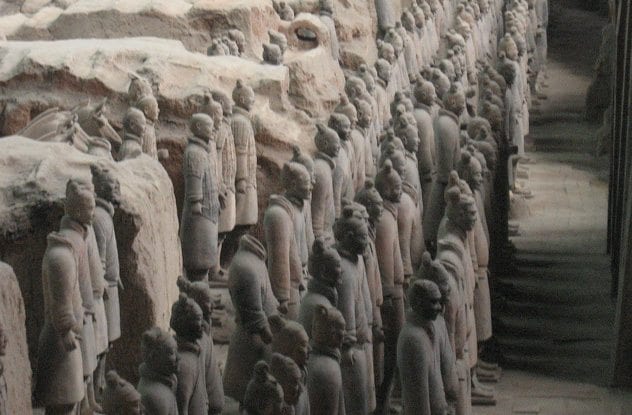 In 1974, farmers accidentally unearthed roughly 8,000 life-size, highly detailed terracotta soldiers in the tomb of Qin Shi Huang. A new theory proposes that the terracotta army was inspired by Greeks. Prior to the creation of the emperor’s terracotta warriors in 210 BC, the Chinese had no tradition of life-size sculpture. There is also DNA evidence from the Xinjian province during the period that the Chinese and Europeans were in contact.

Not everyone agrees with the Greek influence theory. Chinese historians point out that “The Records of the Grand Historian” contain a detailed account of the manufacture of the tomb and the terracotta army without any reference to European inspiration. However, there is no doubt that East and West met along what we now know as the Silk Road long before its official opening in the third century. By the time of their first emperor, Romans were wearing Chinese silk. 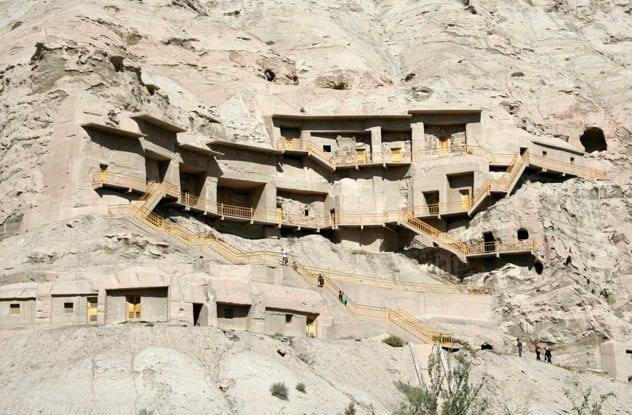 The Kizil Thousand-Buddhas Cave complex reflects the spread of religious ideas along the Silk Road. Located in Xinjiang, this earliest of Chinese Buddhist cave temples is now located in a predominately Muslim area. Merchants spread both religions to the region along the Silk Road. The complex was constructed between the third and eighth centuries by the Tocharian Kingdom of Kucha. 236 known cave temples are carved into a 2-kilometer cliff face. Some are simple, unadorned monastic cells. Others are elaborately decorated communal rooms filled with murals.

The murals’ date of origin remains a mystery. The lack of Chinese elements suggests they were painted before the introduction of Tang influence in the region in the eighth century. The presence of Graeco-Indian and Iranian elements suggests a much earlier date for these mysterious murals. Many of the caves’ murals have been defaced after the rise of Islam and China’s Cultural Revolution. 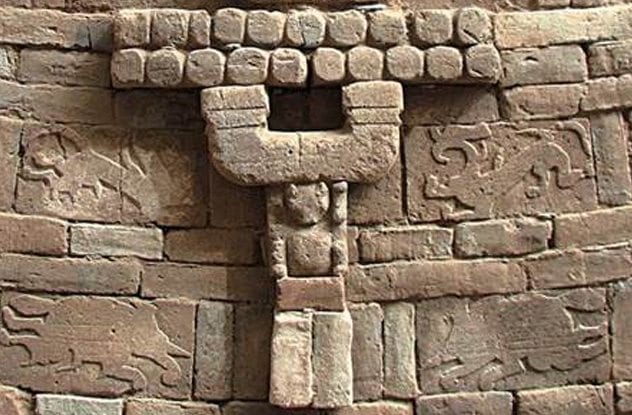 In 2007, archaeologist unearthed a mysterious 1,700-year-old cemetery along the Silk Road. Discovered near Kucha in northwestern China, the enigmatic tomb M3 contains walls cloaked with carvings of the mythical guardians of the cardinal directions: the Azure Dragon of the East, the White Tiger of the West, the Black Turtle of the North, and the Vermillion Bird of the South.

The identity of the people buried at this Silk Road cemetery remains unknown. Grave robbers looted the site, and no writings or inscriptions reveal the deceased’s names. Researchers are confident that the elaborate nature of the construction suggests elite burial. Some of the tombs were reused multiple times. A few of the chambers contain as many as 10 individuals. Kucha was once the most populated oasis in the Tarim basin, and center of a Buddhist kingdom, which controlled trade along the northern edge of the Silk Road. 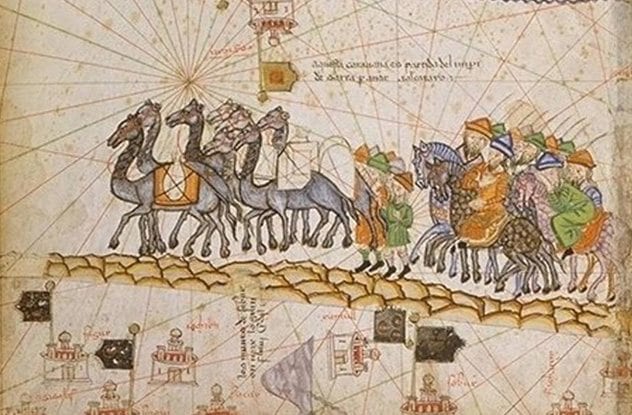 In 2009, seismic activity revealed a series of cliff-cut tombs in Upper Mustang, Nepal, that are rewriting the story of the Silk Road. Dating between the 400 and 650, one of the 10 shaft tombs, dubbed Samdzong 5, contained a coffin of an adult wearing an elaborate funerary mask. However, the tomb’s textiles proved to be of the most interest to researchers. Analysis revealed these were degummed silk fibers and munjeet and lac dyes imported from China and India.

Given that there is no evidence of local silk production, researchers now believe that Samdzong was on the trade network of the Silk Road, suggesting the route went farther south than previously imagined. The dry climate and high altitude of 4,000 meters allowed excellent preservation of the Samdzong fabric. The find reveals that the Upper Mustang region was once a small, but integral component to a much larger trading network.