A hoax is a prank, joke, or a desire to deceive, and history is full of them. In the early 1900s, hoaxers preferred to wow audiences with miraculous feats, such as in the case of the mechanical Turk, which appeared to be a wooden, mechanical man who could play chess and beat his opponents but was really operated by a person hidden underneath.

By the 1960s, hoaxes became less miraculous and were sometimes rather malicious. There were drugs, an increased interest in alien life-forms, and an explosive break from traditional lifestyles, so it was little wonder that hoaxes changed dramatically during the psychedelic decade. People were pushing the boundaries, both in their personal and public lives, and the change led to some pretty interesting blips in history. 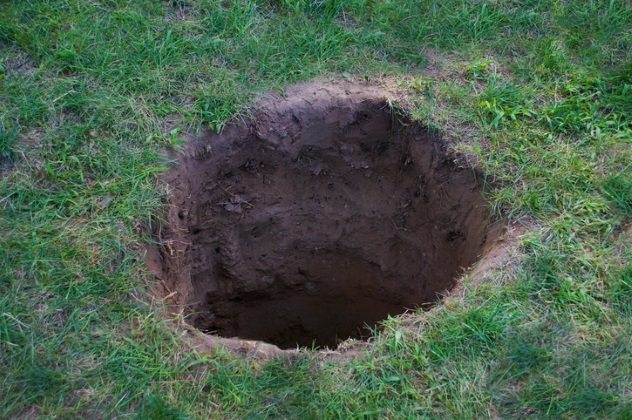 Mysterious craters appeared in Scotland and Southern England in 1963, leading people to believe the holes were created either by meteorites or those pesky space visitors. But this plan to hoax the world didn’t last very long, simply because the craters didn’t get enough media attention. One of the three hoaxers came forward, admitting to having helped dig the craters, and talked openly about the full plans of the hoax.

According to John Southern of Middlesex, he and the other two hoaxers were going to leave a car by one of the craters. The driver’s side door would be left open, and a shoe was going to be left by the brake pedal, making it look like the driver was pulled from the vehicle. Mr. Southern was then supposed to disappear for a few days and then return to the crater to be found with one shoe off.

The guys wanted it to look like an alien abduction, but the Profumo affair, a political sex scandal, was hogging up the news outlets, and they abandoned their elaborate plans.[1] 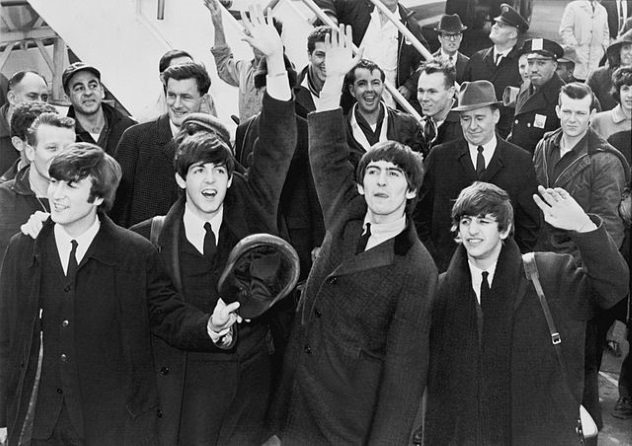 Bomb hoaxes were incredibly common in the 1960s. Whenever a politician or other famous person boarded a plane, someone or numerous hoaxers would call the police or the airport to report a bomb threat.

Because of their immense popularity, the Beatles were often the target of bomb threats. For example, in 1964, someone called the airport and claimed that a “germ bomb” would be placed on the plane that would be bringing the band from Auckland to Dunedin. Fortunately, the band’s luggage had already been searched and sealed. A quick look through the plane revealed no bomb.

When asked about the bomb threat, Paul McCartney said, “I don’t take much notice of them. On a tour in England we had a bomb hoax every single night.”

The motives behind the false bomb threats are no doubt numerous. The hoaxer gets noticed and gets the attention he or she wants, but these people would also cause immense turmoil in the lives of the celebrities they admired, envied, or even hated.[2]

8 The Six Flying Saucers Of Britain 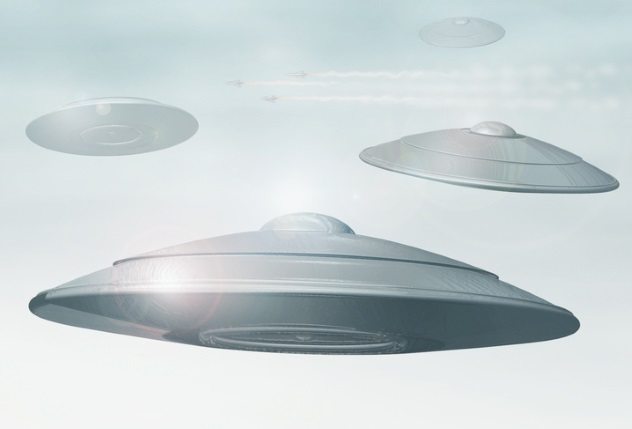 Christopher Southall and Roger Palmer were engineering students and apprentices at the Royal Aircraft Establishment in 1967. The two young men were involved in the development of a new plastic and were eager to put it to use. What was their bright idea? To make six “saucers” out of the plastic, backed by a glass fiber.

And it wasn’t enough to just make the saucer shapes. The young men also added all the bells and whistles. The saucers all beeped, one of them hissed, and another one made a swishing sound. They even made a concoction out of water and flour and put it inside the saucers so that a foul smell came from them.

These saucers baffled the police as well as the experts who were called to the scenes to listen to and weigh the objects. It took an engineer to discover that the saucers were made in Britain and were not part of a Martian invasion.

Christopher and Roger ultimately came forward and admitted they planted the fake saucers as part of “rag week,” when students pulled pranks to raise money for charities.[3] 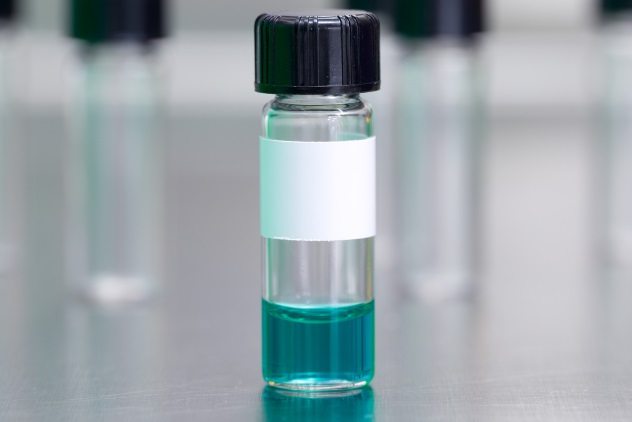 A Canberra university student was driving his classmates around in his car in 1964 when they noticed a vial of liquid. The friends wanted to know what the mystery liquid was, but the young man refused to answer.

Undeterred, they kept on nagging him and nagging him until he must have snapped at their nosiness. He then told his classmates that the mystery vial contained enough typhoid bacilli to kill everyone in Canberra. The classmates must have thought he was joking because he began to embellish his story and told them he was involved in a nuclear disarmament faction. The group was forcing him to take part in their plot to poison the water in all the major cities of Australia so that the faction could take over the government and end the fluoridation of public water.

Well, as one can imagine, the story leaked out to the police, who apprehended the student for questioning. The student, surprised that his ridiculous lie had made it to the police, admitted to them that the vial contained myxomatosis, a disease that affects rabbits and was used as a form of rabbit control in Australia.

The vial was tested, and the student was set free. The police refused to comment any further on the case, knowing that the hoax was merely a snarky joke played on nosy classmates.[4] 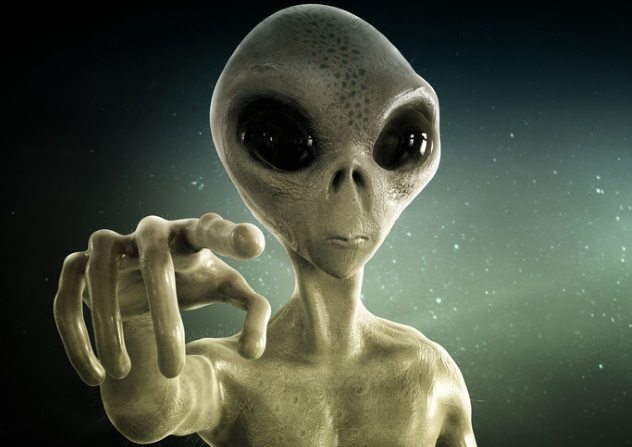 The British weren’t the only folks having fun with space hoaxes. Carroll Wayne Watts of Loco, Texas, figured he would have some fun of his own in 1968. Watts had an artist friend supply him with fake photos of UFOs, and from these he was able to tell unbelievable stories of trips into space.

According to Watts, he had seen both large and small spacecraft manned by 122-centimeter-tall (4′) gray aliens from Mars. These were rather friendly aliens who, after giving Watts a physical, gave him free rides into space.

Watts told these stories for months and even agreed to take a lie detector test, which he failed miserably. Afterward, he admitted that the whole thing was a hoax.[5] 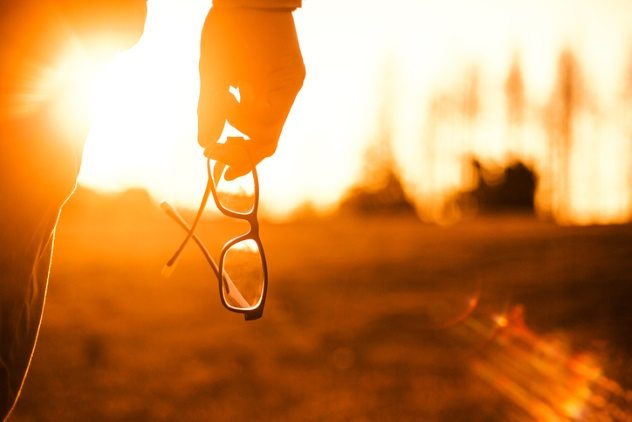 There is no denying that the 1960s were plagued with mind-altering drugs, such as LSD. It was a new world where the young were experimenting with natural and man-made psychedelics, and the adults were scared out of their wits over the whole shebang.

Widespread drug use was so new and suddenly out in the open that parents and government officials didn’t know how to respond to the situation. In fact, many turned to using fear tactics as a way to stem the use of psychedelics. In one case, a Pennsylvania state official publicly claimed in 1968 that six young men had become blind after taking LSD because the drug made them look directly into the Sun.

Everyone believed the state official, Dr. Yoder, including the governor. However, he wanted the case investigated, and shortly thereafter, he discovered that the story was a total fabrication. There were no real cases of LSD users going blind in Pennsylvania.

The governor immediately announced that the story was a hoax. Dr. Yoder was suspended from his job and agreed to be hospitalized, stating that he only made up the story out of his concern for children who might be interested in trying out the drug.[6] 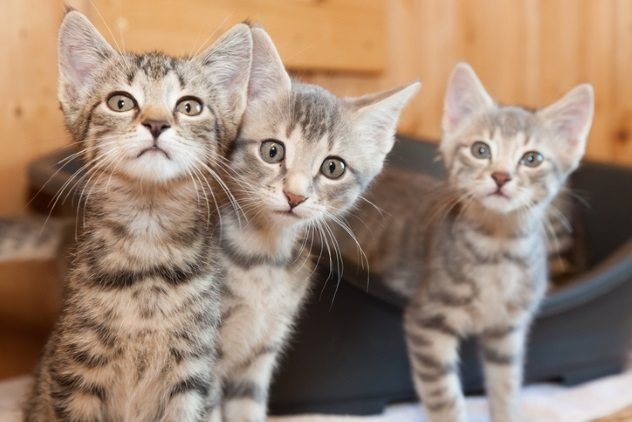 Mr. and Mrs. Underwood of Adelaide were ecstatic when their triplets arrived and immediately told all their friends the great news. The babies were healthy, and mom couldn’t have been happier. Then the phone rang. An unknown friend had published a notice about the triplets in the local newspaper, and people wanted to get involved in the publicity.

First, a baby firm called to offer Mrs. Underwood a free gift for the new arrivals. Immediately after that call, another firm called and offered her a year’s worth of free baby food. Newsmen and television reporters also began to show up on the doorstep to interview Mrs. Underwood and get a picture of the triplets.

However, imagine everyone’s surprise when they learned that the triplets were born to Mimi, the family’s cat, and that the unknown friend had published the notice as part of a joke on the family. Fortunately, everyone took it in good spirit, and Mimi and the triplets did get their picture in the papers.[7] 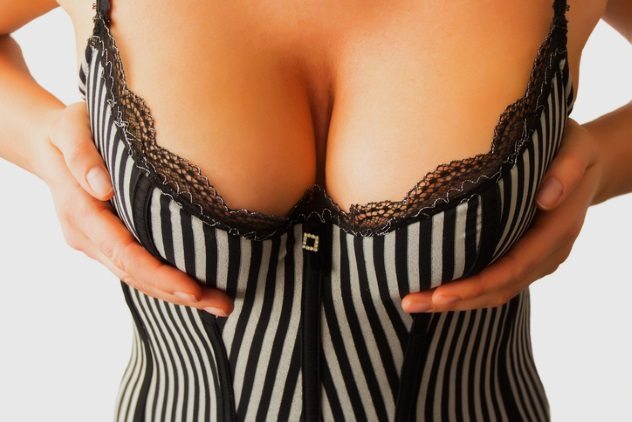 Can a chicken egg be hatched between a woman’s breasts? Good question, if you’re into that sort of stuff.

In 1969, Lord Snowdon released a film showing a chicken egg hatching between a woman’s breasts, but it later came out that the scene was not real at all. In an interview with the woman who posed with the chicken egg, it was discovered that it was placed in her bosom just as it was about to hatch.

The woman did not carry the egg around for the 21 days it takes the egg to hatch. Instead, the scene was simply well-timed and, apparently, unforgettable.[8] 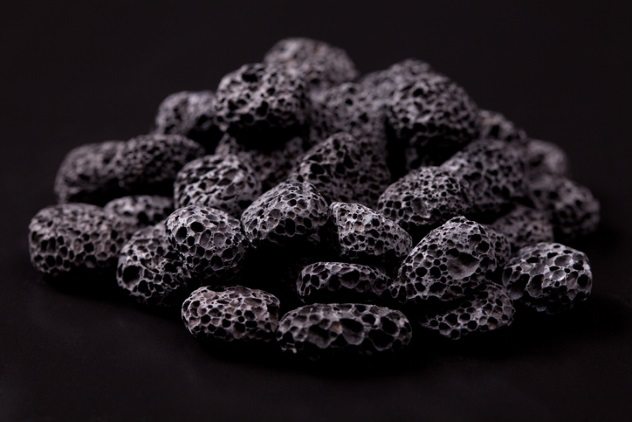 Imagine being able to pull off a hoax that fooled geologists and leading academics. More importantly, imagine being able to convince these experts that a pile of volcanic rock was actually Moon rock. That is exactly what happened in Australia back in 1969, when an unnamed hoaxer put up a display of “Moon” rock and dust at the Australian and New Zealand Association for the Advancement of Science.

Complete with a security guard, the display drew the attention of more than 300 experts, who were allowed to view the samples with magnifying glasses. After all the excitement, it was later discovered that the hoaxer was a postgraduate geology student who had collected the samples from Mount Gambier.[9] 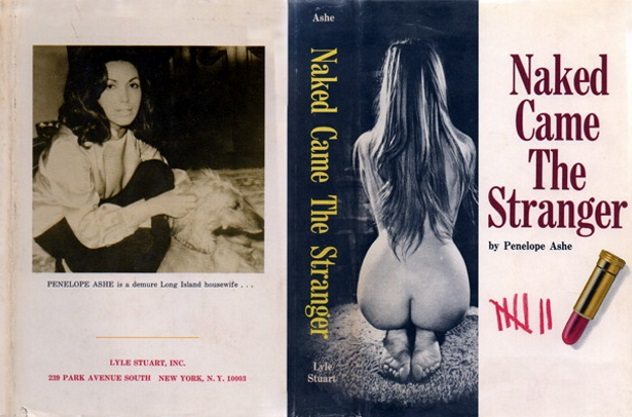 There is no doubt that the American literary scene was crap in the 1960s. Numerous novels were being published that were all about sex, drugs, and more sex. It seemed as though no one was capable of thinking outside of their genital area.

Journalist Mike McGrady saw the problems rather clearly and decided to hoax the publishing industry. He contacted 25 other writers in 1966, all men, and asked them to take part in writing a smutty novel. They were to each write a chapter in the book and were warned that, “Good writing will be blue penciled into oblivion and there will be an unremitting emphasis on sex.”

Each writer had no clue what the other writer was doing, but eventually all the chapters were turned in, and McGrady cobbled the book together. He got his sister-in-law to pose as the book’s author, and the manuscript was submitted to publishers under the name of Penelope Ashe.

Amazingly enough, the book, Naked Came The Stranger, got a $135,000 US book contract and has since become a cult classic as one of the biggest hoaxes ever pulled off on the publishing industry.[10]

Read more about hoaxes throughout history on Top 10 Bizarre Hoaxes In History and 10 More Obscure Hoaxes From History.