Sometimes, remote places are not all serene and tranquil. Sometimes, there are mysteries just waiting to be uncovered—and, hopefully, solved. 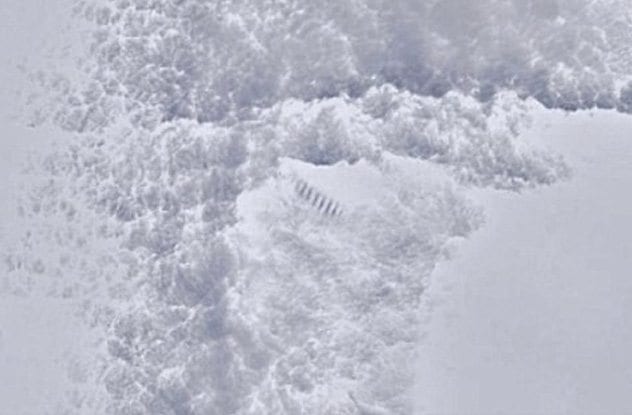 Antarctica is one of the most desolate places on the planet and also the coldest continent. In spite of the cold and the fact that it contains about 90 percent of the world’s ice, Antarctica is classified as a desert because of its minimal rainfall. Over the years, scientists have made many discoveries here, including a valley deeper than the Grand Canyon that lies under the ice in west Antarctica as well as an undersea volcano off the Antarctic coastline.

Earlier this year, pictures of a structure resembling a giant staircase running up the side of an Antarctica mountain started making the rounds on the Internet. With it came the conspiracy theories. Some people are convinced the “staircase” is a remnant from the lost city of Atlantis, while others believe it to be a landing site for UFOs or a Nazi base. There has been no official scientific theory given as yet for the anomaly after it was spotted on Google Earth, leaving it open to the imagination as to just what that structure may be. 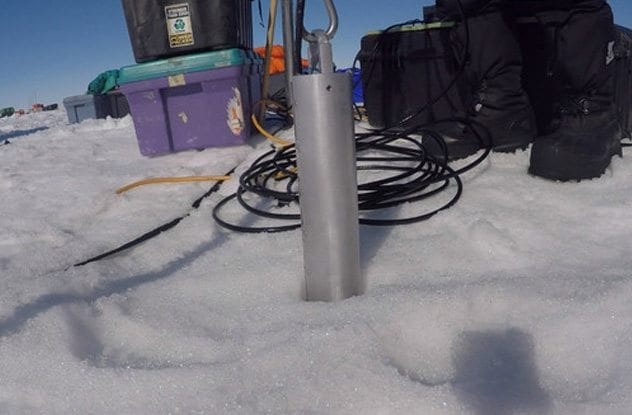 Last year, several Utah scientists spent a couple of weeks on Greenland’s ice sheet, and when they returned home, they reported that evidence of a warming trend in climate is mounting. They also stated that a mystery underneath the ice could be related to this rapid climate change.

Five years ago, it was discovered that water flowed unrestrained beneath the sheet of ice. This was proven when a core of ice was pulled up and water gushed out. This water never freezes, not even in the dead of winter. The ongoing theory for this is that the snow falling on top of the ice could act as a type of insulation. The question remains, however: How much of this water goes into the sea, and could it play a role in the rising of sea-levels? 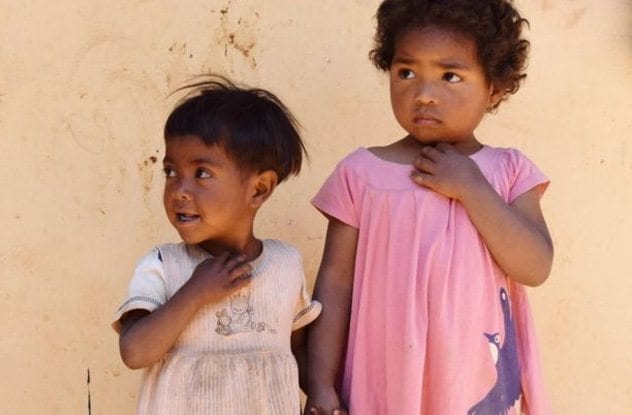 In 2015, a news article detailed a shocking observation made when two toddlers were taken to a nutrition center for a check-up in Madagascar. While both Jiana and Rova were just over three years old, Rova weighed only sixty percent of Jiana’s weight and was a full head shorter.

It is true that developing countries including Madagascar have problems with chronic malnutrition, which is what the staff at the nutrition center thought was the case with Rova. However, this didn’t quite make sense, as the central highlands region in Madagascar where the children are from is rich in fertile soil and there are no food shortages. The healthcare facilities are also quite good compared to other countries. Yet, chronic malnutrition is highest in this region.

Theories regarding this dilemma range from extensive transporting of all high-quality foods to the capital, Antananarivo, where it is sold, to lack of proper childcare. Considering that chronic malnutrition is detrimental to brain development, UNICEF is working around the clock to find a solution. 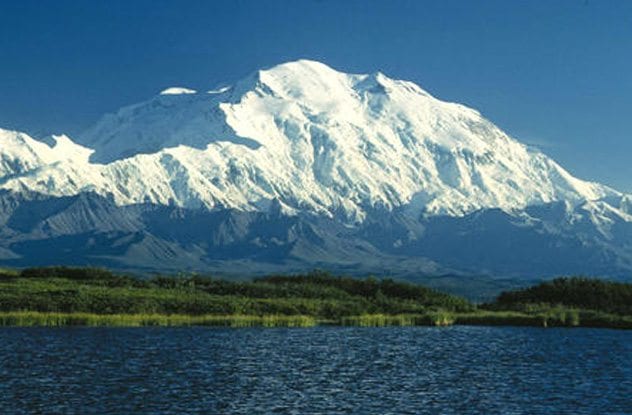 A large triangular area within Alaska ranging from the most northern parts down to Juneau has been nicknamed the Alaska Triangle (a play on the Bermuda Triangle). The reason for this is the high number of missing persons cases and plane disappearances reported within this area.

Alaska’s population is around 600,000, and with more than 53,000 missing persons reported since 1998, it means that 4 in 1,000 people vanish without a trace. Most of these disappearances have taken place inside the triangle area. While there are possible natural explanations, such as people getting lost in the wilderness or attacked by wild animals, cryptozoologist Ken Gerhard is not convinced that these explanations cover all of the disappearances. He believes that supernatural elements as well as UFOs might be at work here as well.

In 1950, a military plane went missing over the triangle with 44 people onboard. No trace of the aircraft or its passengers have ever been found in spite of an extensive search. According to Gerhard, another explanation for all these disappearances could be that energy vortexes exist in the area and serve as portals to other dimensions. While filming scenes for his new History Channel program in Juneau, Gerhard was informed that yet another person, this time a tourist, had gone missing. 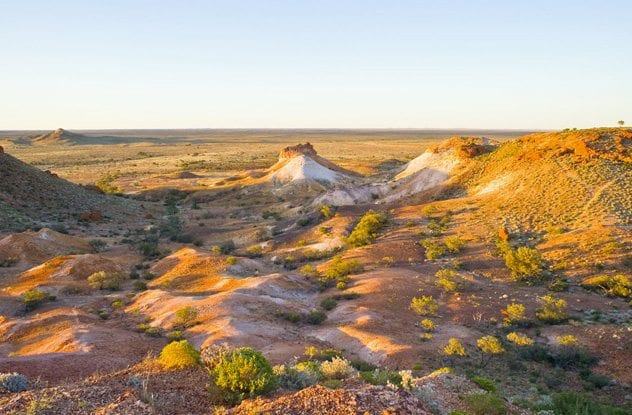 Cooler Pedy is a remote town in northern South Australia with a population of around 3,500. In the early hours of August 4, 1990, 16-year-old Karen Williams left the Opal Inn in Coober Pedy with a group of friends and headed toward Sergio’s Restaurant. Williams left the restaurant later with three friends and got a lift with a young man. The three friends got out at a street corner after a while, while Williams remained in the vehicle for a couple of hundred meters more, before being dropped off in Dawes Street. That was the last time anyone saw Karen Williams.

The overall belief is that the young girl was murdered all those years ago. In 2016, Nikola Novakovich stood trial for her murder but was found not guilty. It was alleged that the 45-year-old man may have murdered Williams because she witnessed him and a friend commit armed robbery. While the judge said he believed both men could have been involved in the murder of Williams, the evidence could not prove this beyond reasonable doubt. The search for Karen Williams’s remains continues. 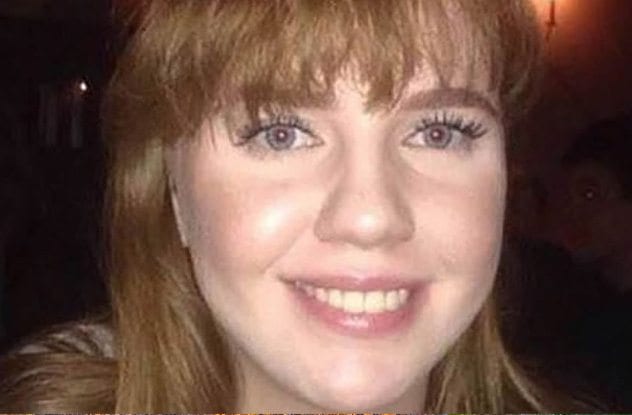 In 2004, Iceland became the center of an excavation led by an Italian research team in search of a secret chamber. They believed that the chamber would contain sacred objects and writings from the Temple of Jerusalem. But most exciting of all, they believed that it just may also contain the Holy Grail.

The leader of the team, Giancarlo Gianazza, believed that he had found clues to this effect in Dante’s Divine Comedy. However, during his last expedition in 2015, he failed to find anything in the highlands. Therefore, the mystery remains whether the Holy Grail will ever be found and whether it will be found in Iceland of all places.

A few days ago, Iceland yet again became the center of a mystery when the body of 20-year-old Birna Brjansdottir was found on a beach eight days after she went missing. She was seen leaving a music venue at 4:00 AM on January 15 and walking up the main street in Reykjavik before disappearing. The heat is now on for police officers to determine whether two Greenlandic sailors murdered the young woman—and if they did, to determine why. Only two murders have occurred in Iceland over the past three years, adding to the sense of shock citizens are now left to deal with. 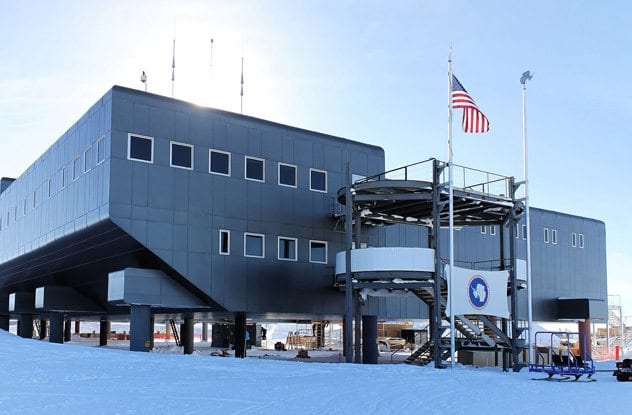 Astrophysicist Rodney Marks was stationed at the US Amundsen-Scott South Pole Station in May 2000 when he inexplicably began to feel ill. In fact, he felt so awful that he made three visits to medical personnel in the period of 36 hours. There was no explanation found for his ailment, which included him vomiting blood, and on May 12, Rodney Marks died.

It took six months for his body to be flown to New Zealand, where it was found that the 32-year-old had died from acute methanol poisoning. Years later, investigators are still baffled by just how Marks could have become poisoned. It was fleetingly suspected that he may have committed suicide, but that theory didn’t hold water considering he was in a very happy relationship and loved his work. Some suggested he ingested the methanol to get high, while a darker theory suggests Marks had been murdered by one of the other 49 staff members stationed there at the time. To date, the cause of the fatal poisoning remains a mystery. So does the possibility of the first murder at the South Pole. 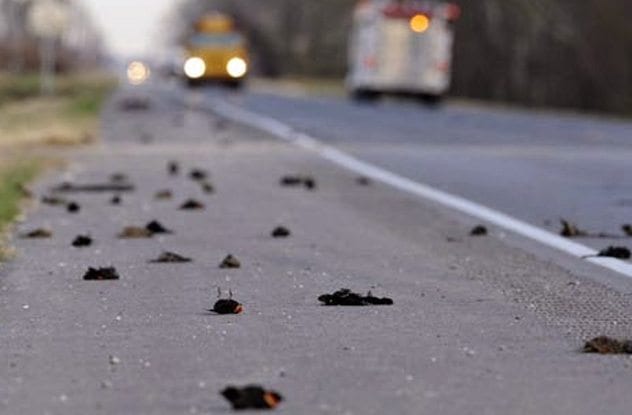 The village of Jatinga is located in Assam within northeastern India. It is a beautiful place surrounded by greenery and mountains. However, something awful happens here every year, and scientists are completely baffled as to the reason. Each year between September and November, just after sunset, hundreds of birds dive down from the sky mid-flight and deliberately crash into trees and buildings.

Theories range from the birds being disoriented by the monsoon fog (the scientists’ theory) to evil spirits being at work in the little village (the villagers’ theory). It has been discovered that the migrating birds, which include kingfishers, tiger bitterns, and pond herons, lose their natural habitat during monsoon season because of flooding, causing them to migrate. Unfortunately, some villagers have taken to shining torches during this time to further confuse the birds and then kill them. Conservation groups are working to curb this problem.

It remains unclear why these birds travel at night and why so many are in flight during that time when they should be asleep. The first “mass bird suicide,” as it is commonly known, was observed in the 1900s. Scientific study into the phenomenon continues. 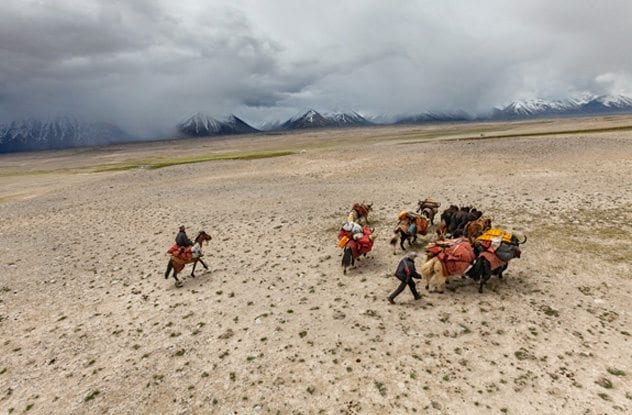 Above the village of Vrang in the Wakhan Corridor in Afghanistan stands an artifact known as the Vrang Stupa. It is believed that this structure is one of the oldest religious sites in Central Asia and could have been built as long ago as the fourth century.

It is unclear what the original purpose was of the structure, however. Some historians believe that it was a Buddhist stupa, while others say it was more likely to have been a Zoroastrian Fire Temple. Both of these religions as well as Animism played a part in the history of the Wakhan Corridor, so any of these theories may be correct. The debate about the history of Vrang Stupa is ongoing. 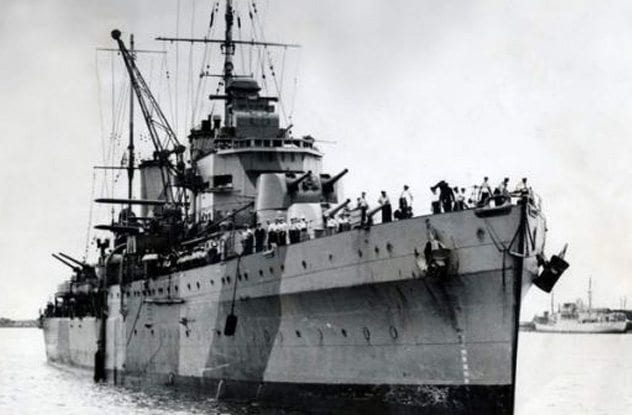 The Australian cruiser HMAS Sydney was destroyed in November 1941 after a battle with the German cruiser Kormoran. Sydney was completely destroyed, and all 645 crew members onboard died. Only one sailor’s remains were found floating in a lifeboat off Christmas Island’s Flying Fish Cove.

While DNA analysis has been instrumental in determining that the man had red hair, pale skin, and blue eyes and was of European descent, his identity remains a mystery. Scientists need to find a descendant of this sailor to complete their investigation into his identity, but they are unable to find what his name was.

Quality pictures of the sailors would be helpful in eliminating some more names, as the skull revealed the sailor had two missing teeth and nine gold fillings. 330 crew members had already been excluded from the investigation, since their dental records didn’t match up to the scientific findings. Scientists are still working on somehow tracking down a descendant to finally solve the mystery of the lone sailor’s identity.