King Henry VIII is probably the best-known English ruler of all time. The subject of countless stories, TV programs, and movies, Henry VIII is most famous for being hugely fat, having a fixation with beheadings, and for having no fewer than six wives during the course of his nearly 38-year reign.

However, it might surprise you to learn that there was a lot more to this Tudor king than meets the eye. Henry VIII did a lot more during his reign than order executions and gain weight. Here, we look at ten amazing things that we bet you were never told about this much-married monarch.

10 Henry Was An English Sex Symbol Of His Day 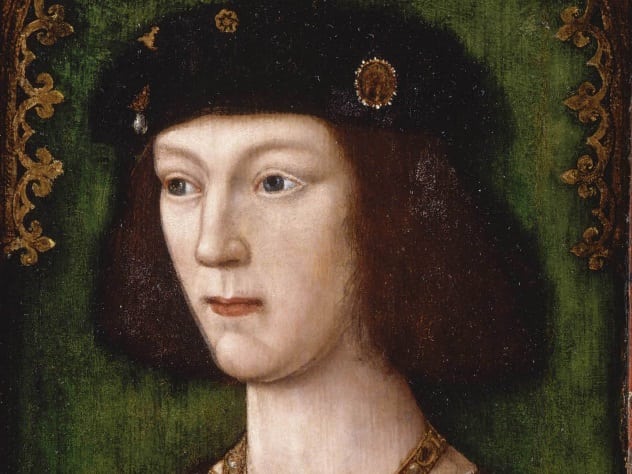 All of the portraits that we see today of King Henry usually show him as a massively overweight old man with a beard. However, in his younger days, he was actually known as a bit of a sex symbol. He wasn’t only popular with the ladies because of his money and power—Henry was also hugely admired for his good looks. Clean-shaven for much of his life, Henry was very tall for the time at 191 centimeters (6’3″) and had a full head of extremely striking red hair.[1]

Henry also had an athletic build thanks to his love of jousting, hunting, and tennis, and he was especially famous for his fine calves—the equivalent of having a six-pack today! It was only after a jousting accident in his later years led to a permanent leg injury which prevented him from exercising that he put on weight and turned into the enormous mountain of a man that we recognize from the movies.

9 Henry Should Never Have Been King 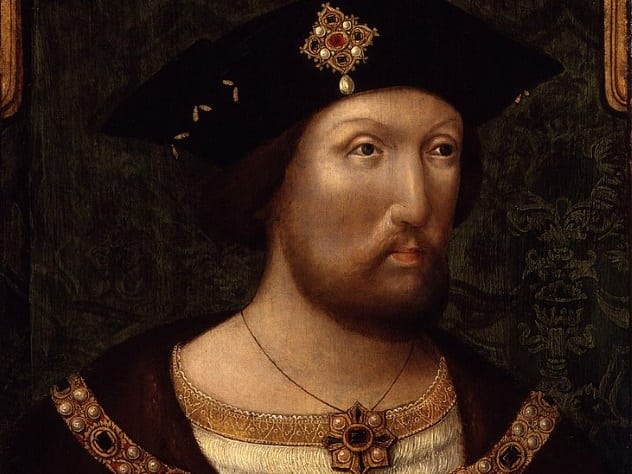 Although he is arguably the most famous English monarch of all time, Henry VIII should never have ascended to the throne. There are two reasons for this.

Firstly, his father, Henry VII, seized the throne from King Richard III after the Battle of Bosworth Field in 1485 and therefore wasn’t the rightful king of England.[2] In fact, Henry VII’s claim to the throne was extremely tenuous; he was the great-great-grandson of King Edward III’s fourth son with his third wife. Should the line of succession have continued, Henry would never have gotten anywhere near the crown!

Also, Henry VIII had an older brother named Arthur, who should have succeeded to the throne on his father’s death. Unfortunately, Arthur died when he was just 15, leaving Henry as the only male heir.

8 Henry Ate A Shocking 5,000 Calories Every Day Before He Died 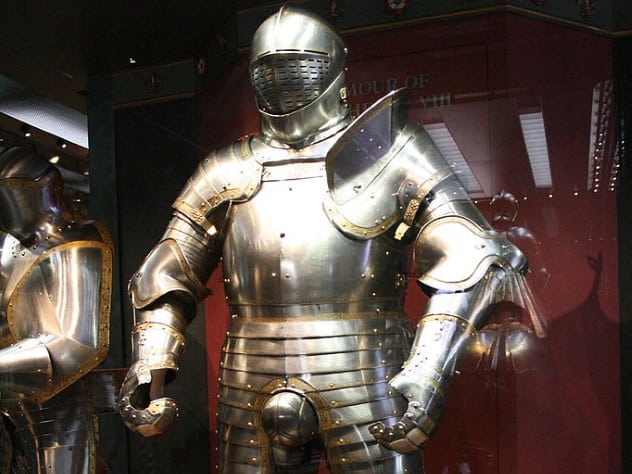 While we know that Henry VIII was overweight in his later years, it’s hard to imagine just how big he was. However, a quick look at his daily diet makes it easy to see just why the king was so big. Every single day, he would eat about 13 different courses, mainly made up of meats like chicken, lamb, pork, rabbit, swans, peacocks, and venison. Not only did he eat excessively, but he also drank as many as 70 pints of ale every week, together with sweetened red wine.

The total amounts to about 5,000 calories per day, twice today’s recommended allowance for an active man.[3] It’s no wonder that one of his surviving suits of armor, which is displayed at the Tower of London, has a waist size of 132 centimeters (52 in)! 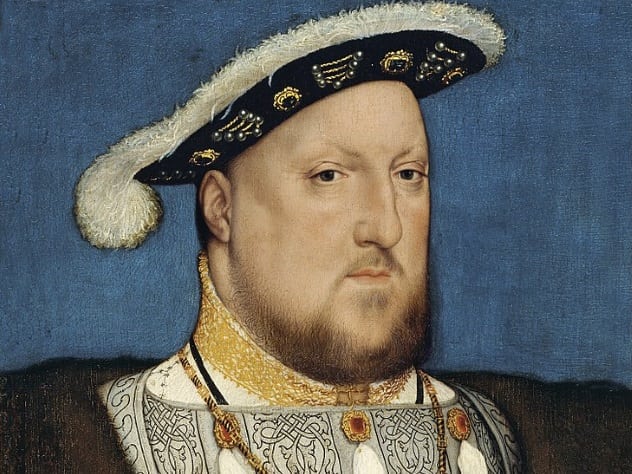 Although he ran through an amazing six wives during his lifetime, it’s likely that Henry VIII wasn’t very adventurous when it came to activities in the bedroom. We know that Henry had numerous mistresses over the years, some of whom he had children with, but there is no evidence that he tried any unusual sexual practices with them.

Although he had a great love of women, it appears that he preferred to stick to tried and tested lovemaking techniques and was reportedly shocked by Anne Boleyn’s sexual knowledge when she finally gave in to his demands.[4] In fact, her “French bedroom practices” were cited against her when she was brought to trial for witchcraft and adultery and no doubt led to her being accused of sleeping with “a hundred men” before being found guilty and executed by the sword. 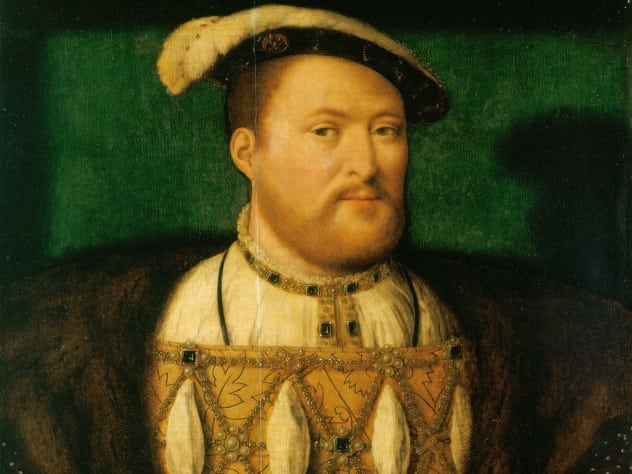 There is no doubt whatsoever that Henry VIII was an extremely intelligent and well-educated man. The fact that he was fluent in at least three languages is well-known, and he had an impressive knowledge that spanned everything from theology to medicine. Yet most people are completely unaware that he was the first king of England to write and publish his own book.

In 1521, Henry VIII published the rather confusingly titled Defense of the Seven Sacraments, or, to give it its Latin title, Assertio Septem Sacramentorum, as a response to Martin Luther’s challenge to the pope’s authority in publishing the Ninety-five Theses. At 30,000 words long, Henry’s book became a top seller in its day, and he was actually awarded the title of “Defender of the Faith” by the pope as a reward for his efforts.[5] 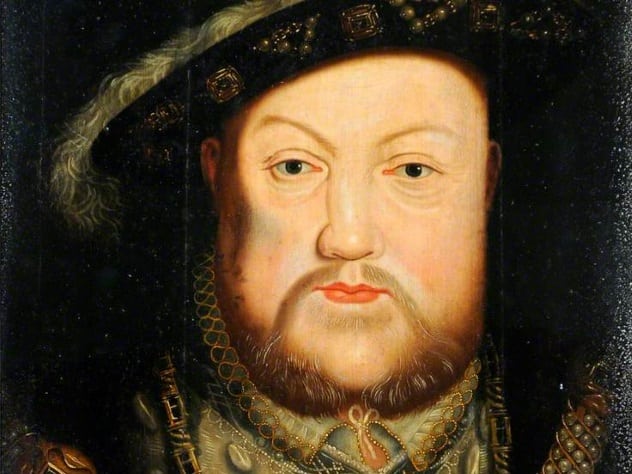 For generations, people have associated the song “Greensleeves” with Henry VIII; however, the Tudor monarch didn’t actually compose this piece of music.[6] While this ballad was almost certainly penned by someone at Henry’s royal court, Henry himself was not responsible for its creation.

Nevertheless, the king was a very accomplished musician, skilled at playing the lute and the recorder, and he did compose a number of musical pieces, including “Pastime with Good Company.” Perhaps the best surviving example of his musical genius comes in the form of the Henry VIII Manuscript, a collection of over 100 instrumental pieces and songs which were composed by a number of foreign and court musicians in Henry VIII’s entourage. Almost a third of this collection, no less than 33 of the pieces, were composed by King Henry himself. 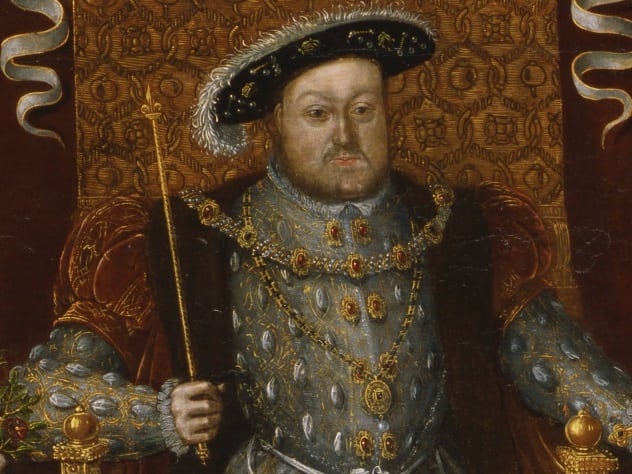 Even when he was young and healthy, Henry had a terrible fear of death and illness.[7] He was especially afraid of catching the plague or sweating sickness, two diseases which were rife in England during Henry’s time. He was so desperate to avoid infection that he kept well away from anyone who may have been exposed to an illness, and when a bout of the sweating sickness arrived in London during 1517 and 1518, Henry left the city for almost a full year. He even refused at one point to see his ambassadors because he was so afraid of catching the sweating sickness, and despite his great passion for Anne Boleyn in 1528, he refused to go anywhere near her until she had made a full recovery from the disease.

It’s possible that the death of his brother Arthur at the tender age of 15 was the cause of Henry’s hypochondria, but his dreadful fear of illness was so great that he required his physicians to examine him every morning of his life. He even learned as much as he could about the medicine of the day, making his own remedies from a hidden cabinet of ingredients in his apartments.

3 Henry May Have Had Blood That Was Kell-Positive 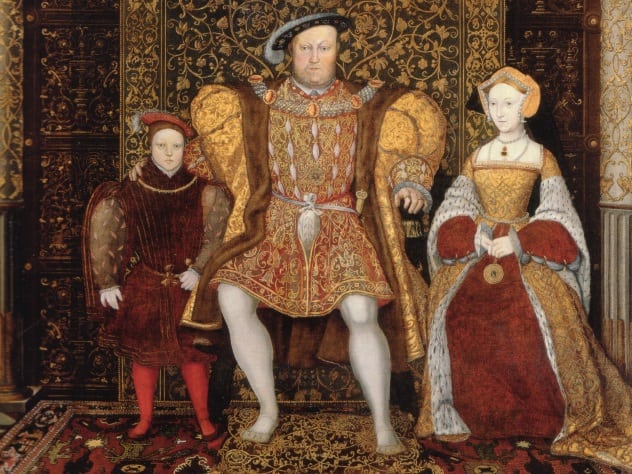 One of the facts that everyone knows about Henry VIII was his difficulty in producing a male heir to his throne, but today, it is believed that, in fact, it was Henry’s blood that was to blame for the problem. There is a modern theory which suggests that Henry may have had a rare blood type which was positive for the Kell antigen group.[8] This would have meant that if he got a woman pregnant and the resulting baby was also Kell-positive, their mother would then develop Kell antibodies which would attack future fetuses.

Since Catherine of Aragon and Anne Boleyn both experienced several miscarriages in later pregnancies, and Henry’s two sons, the legitimate Edward VI and Henry Fitzroy, his illegitimate son with his mistress Bessie Blount, were both the result of first pregnancies, this theory is a strong possibility.

2 Henry May Have Suffered From McLeod Syndrome 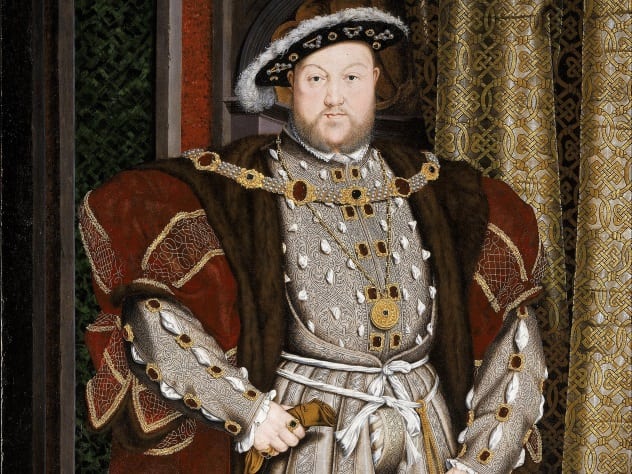 Most people are aware that Henry VIII had a terrible temper and was prone to outbursts of rage, but the reasons for this remain unknown. Henry was famous in his day for his unpredictable behavior, especially during his later life, and his courtiers often experienced his wrath firsthand. He beheaded more people during his reign than any other British monarch, and many of the people who met their grisly end at his hands were his closest friends and relatives. Not only did he condemn two of his wives to an untimely death, but he also signed death warrants for a number of his intimate advisors and companions, including Thomas Cromwell and Thomas More.

Recent theories have suggested that Henry may have suffered from a condition called McLeod syndrome, which causes cognitive impairments as well as a number of other physical problems such as mobility issues, which Henry also experienced.[9] Since McLeod syndrome also has links to people who have Kell-positive blood, it looks increasingly likely that Henry may have been a sufferer of this rare condition. 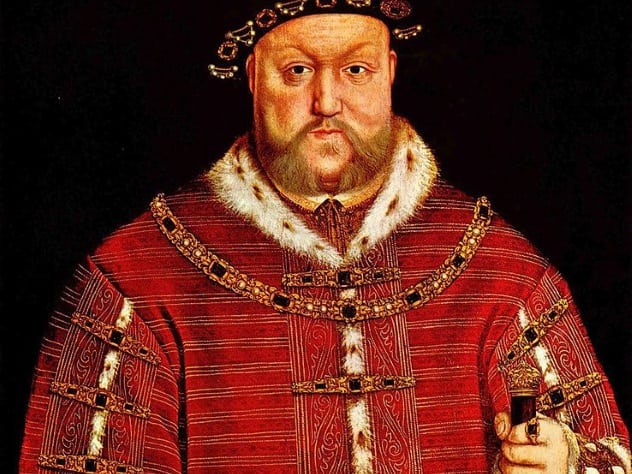 Portraits of England’s best-known monarch usually depict him wearing an impressive set of whiskers. However, it isn’t widely known that Henry introduced a tax which was levied on the wearing of beards and which turned facial hair into a status symbol overnight.[10] There have been some seriously bizarre taxes over the years, but Henry’s beard tax has to be one of the strangest. In 1535, the king demanded that taxes be paid by any man who chose to wear a beard, and the amount charged varied depending on the social status of its wearer, meaning that every man who wanted to be viewed as high-status immediately decided to grow their facial hair.

So, there you have it—ten amazing things that you never knew about England’s not-so merry monarch. The next time you see a movie or TV show featuring this Tudor king, you’ll know a little more about what made him tick!

Originally trained as an actress, in a former life I worked as a secretary and an early years teacher before falling into freelance writing almost by accident! Today, I write all kinds of content, from reviews and blog posts to entire websites, but my true passions are musicals and history.