Female genital mutilation, also known as female circumcision, is a barbaric practice commonly found in Africa, Asia, and several countries in the Middle East. It is the cutting of the clitoris, removal of some or all of the labia minora, or stitching shut of the labia majora. This is conducted to control the woman, to keep her from being sexually promiscuous, to prepare her for marriage, and for religious purposes.

Many who preform and even receive these acts see nothing wrong with the practice. However, this procedure is extremely invasive, controlling, and often deadly, as well as a massive violation of human rights.

10The Health Risks Are Severe And Often Deadly 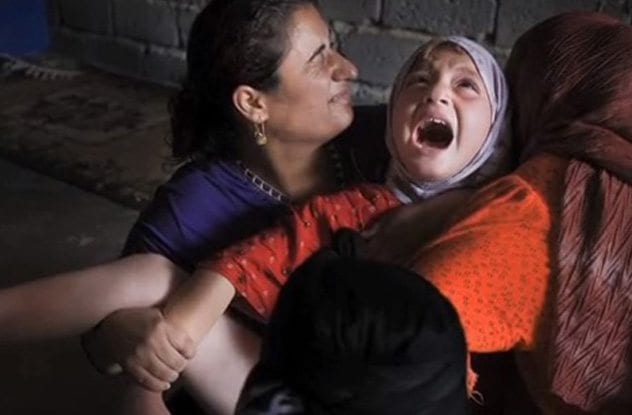 There are zero health benefits from female genital mutilation, only health risks that are often deadly. Some of the immediate results of female genital mutilation are severe pain, excessive bleeding, the swelling of the genital tissue, fever, infections, tearing of the genital area, problems with urination, inability for the tissue to properly heal, injury to the surrounding genital tissue, and in severe cases shock and death.

There are also long-term consequences of this act, if the woman is able to make it through the immediate complications, such as urinary problems (including urinary tract infections and painful urination), vaginal problems (including discharge, itching, and bacterial vaginosis), scar tissue problems, extreme pain and even tearing during intercourse, difficulty with intercourse, tearing during childbirth, the need to resuscitate the child after birth, and infant death. Furthermore, there are psychological problems that may follow female genital mutilation such as depression, low self-worth, anxiety disorders, personality disorders, sexual dysfunctions, difficulty becoming aroused, sexual dysfunction due to trauma, post-traumatic stress disorder, other stress disorders, and many other complications.

9Newborns To Young Adults Are Most Affected 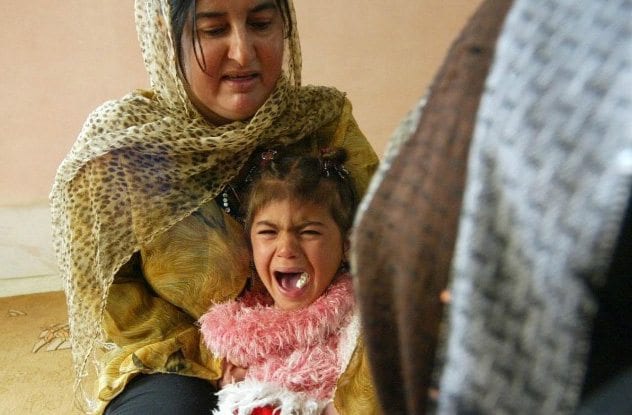 The most common age of a young woman undergoing female genital mutilation is 7–10 years old, but it occurs to children of a much younger age in several countries. Many women who have been put through the process have it done to their children due to social pressure and the inability to recognize the negative impact of the practice. It is stated that it’s done at such a young age to “reduce the trauma to the children.”

Many girls 14 or older who have not undergone female genital mutilation may still be at risk. Women who have daughters will often find themselves conforming to the social pressures to have their daughters cut to find a husband, even if the mother is against the practice and has not had the procedure herself. Many young adults may also find themselves undergoing the procedure in their late teens to be able to find a husband, as many husbands in these countries are more attracted to those who do have this done.

8There Are Four Types 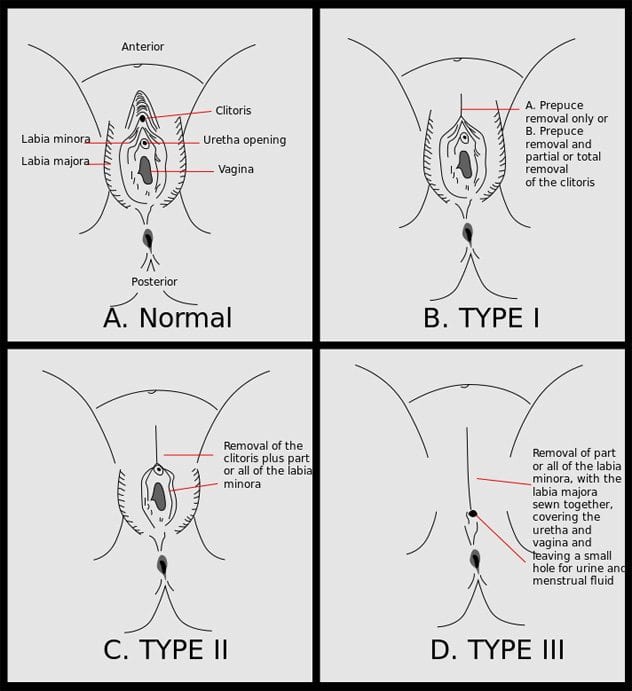 Type 2 is an excision. This is where the clitoris and labia minora are partially or even fully removed. This may or may not come with the excision of the labia majora.

Type 3 is the most severe. This is referred to as infibulation or pharaonic type. This consists of narrowing the vaginal orifice by creating a seal to cover the vaginal opening by cutting and arranging the labia minora and/or the labia majoria. This may or may not include the removal of the clitoris. The process of repositioning consists of stitching the cut areas together for a set amount of time, usually done by binding the girl’s legs together to allow scar tissue to build up and close the wound, creating a seal. This is only opened due to penetrative sexual intercourse, through surgery, or through tearing during childbirth following intercourse.

Type 4 is a general classification for all other types of female genital mutilation for non-medical purposes. This may include pricking, piercing, incisions, scraping, and cauterization. There are also a variety of less widely practiced form of female genital mutilation, including those done to aboriginal women in Australia by use of a certain kind of string, mentioned later in the list.

7There Are Cases In The United States 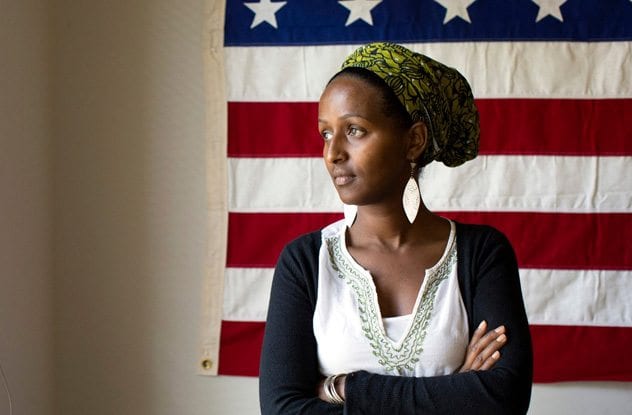 The US Department of Health and Human Services (HHS) and the Center for Disease Control and Prevention (CDC) conducted a study in response to the advocacy of Equality Now and Same Hands for Girls in January 2016. This study found that an estimated 513,000 girls and women had undergone or been at risk of being subjected to female genital mutilation.

6Countries Are Trying To Get FGM Medicalized 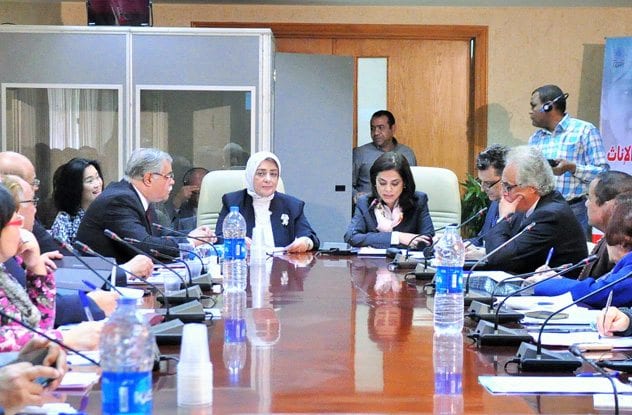 In many countries where female genital mutilation is commonly practiced, a growing number of health care providers perform FGM, as well as supporting the medicalization of it. This would mean that it would become even more common and would be acknowledged as a beneficial medical practice. However, we know that it offers no benefits to the woman.

Many countries practice this through their religion. This is seen often in Muslim counties, where it is claimed that the Quran explicitly refers to female genital mutilation. However, Cairo’s Al-Azhar University condemned this, stating that it was a form of deceit to misguide people who hear this was a practice of the Islamic state.

5A Variety Of Tools Are Used 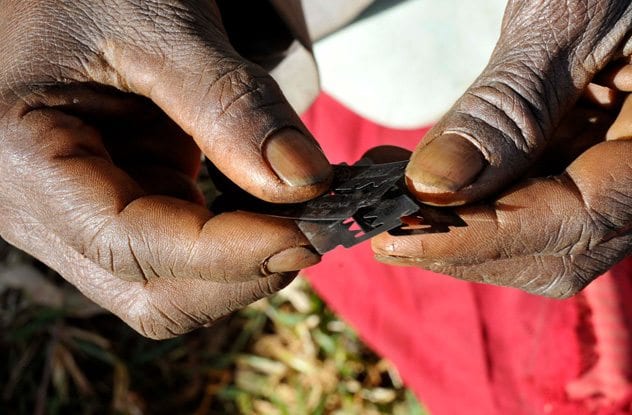 The tools used in the procedures of female genital mutilation are not always clean, and usually, the doctors conducting the procedure are not well trained. Dirty scalpels, pieces of glass, razors, small knives, and even sharpened sticks are used in these processes.

Often, opossum string is used, made of opossum hair strands. We see this in cases of FGM in the Pitta-Patta tribe in Australian aboriginals. When a girl reaches puberty, the entire tribe gathers, and an elderly man conducts the procedure. He first enlarges the vaginal orifice by tearing downward with his fingers bound in opossum string. Often following is the compulsory intercourse with several men.

4There Are Severe Sexual Consequences 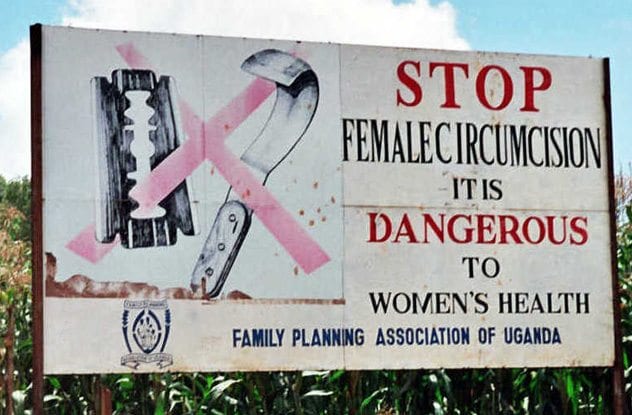 Women who have undergone female genital mutilation often have a harder time having an orgasm, they have a less active sex drive, and often feel that they are not able to sexually please their partners. It is also more difficult for their vagina to self-lubricate during sex, which often leads to tearing and painful intercourse. Not only that—childbirth can cause the closed opening to tear, causing hemorrhaging, tearing even of the surrounding area, and even death to the child.

3There Are Also Severe Psychological Consequences 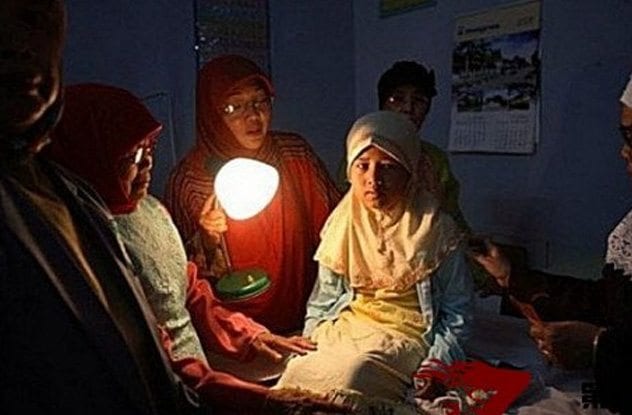 There are a multitude of psychological health consequences for a woman who undergoes female genital mutilation. She may develop post-traumatic stress disorder, other related stress disorders, depression, personality disorders, and a low sense of self-worth.

Data from a study conducted in 2010, of women in Northern Iraq who underwent female genital mutilation, demonstrates this. 45.6 percent or the women experienced some form of an anxiety disorder, and 13.9 percent were shown to be suffering from some type of personality disorder.

2Female Genital Mutilation Is A Massive Violation Of Human Rights 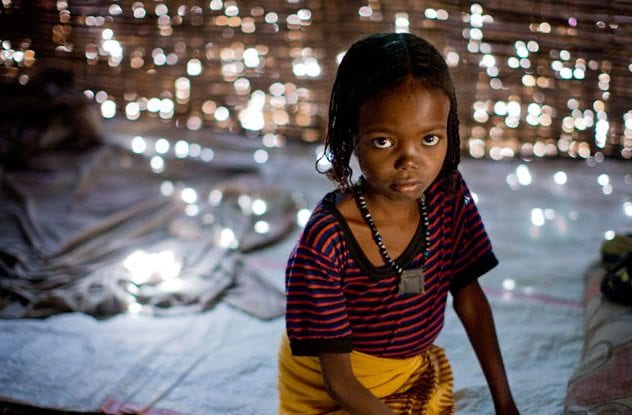 This seems like a fairly obvious statement, but many people in the countries that practice female genital mutilation feel otherwise. Meanwhile, the Committee on the Elimination of All Forms of Discrimination against Women, the Committee on the Rights of the Child, and the Human Rights Committee have all been actively working to fight against it, condemning the practice altogether.

The practice has been identified as torture and cruel and inhumane treatment of women and girls, and violating the covenant on civil and political rights as well as covenant on economic, cultural, and social rights of women. It also violates a convention on the Elimination of all Forms of Discrimination against Women (CEDAW), a convention on the rights of the child, and a convention relating to the status of refugees and its protocol relating to the status of refugees.

In regard to children undergoing female genital mutilation, it is a permanent and potentially life-changing operation that cannot be called informed or free of coercion. Because of the vulnerability of the child and their need for care and support, human rights laws grant them special protections through The Convention on the Rights of the Child. 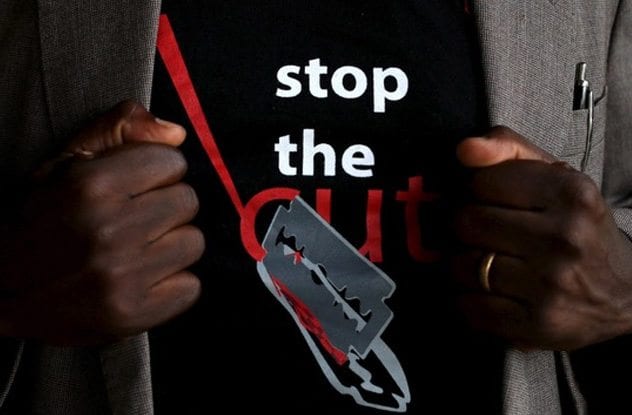 There are difficulties when it comes to stopping female genital mutilation. However, numerous human rights campaigns work to educate people about the negative effects of female genital mutilation, to create an understanding of the impact it is having. Some of these sites include End FGM European Network, Equality Now, Network Against Female Genital Mutilation, and The Orchid Project to name a few.

With knowledge comes power. If we educate ourselves on the issues that negativity impact these women and spread the message, we can help to free these women and put a stop to the practice altogether.

Eli is passionate about discussing controversial issues and starting a dialogue till every person in the debate has their opinion heard. His life-long goal is to become a well-established author and make a difference in the world, as cheesy as it may sound.