But we didn’t stop there. There are other gods that never became quite as popular as Zeus and Poseidon. We’ve made gods for almost everything you can imagine—including some gods you’d never have guessed we needed. 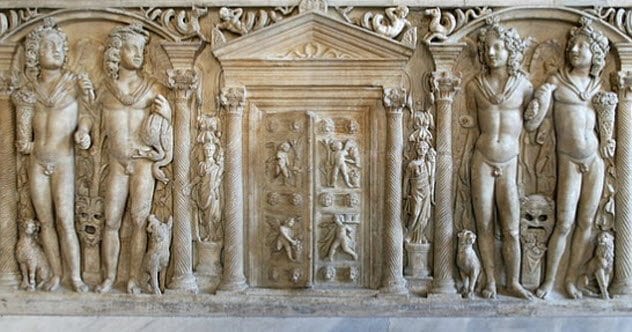 “Goddess of the hinge!” wrote the Roman writer Ovid, praising the great deity Cardea. “She opens the closed, by her power, closes the open.”

The goddess Cardea, ruler over all things hinged and upon doors, isn’t particularly popular today, but she was a big part of the Roman religion. She wasn’t just a minor deity or luck charm; she was part of the Roman pantheon of gods, complete with her own mythological backstory.

Like most Roman stories, her story begins with the god Janus trying to have sex with somebody. He targeted Cardea, who wasn’t into it, so she told him that she would meet him in a cave. Then she used magical vanishing powers and tried to run away.

It didn’t work. Janus found her, and then—well, you don’t really want to know what happened next. Let’s just say that Roman myths have a tendency not to turn out well for women.

When he was done with her, Janus declared, “In return for our dalliance, be thine the control of hinges.” Then he gave her a magical hawthorn branch that repelled evil and declared that people must eat beans and pork in her honor every June 1—which, apparently, the Romans believed was the best way to make a woman feel special. 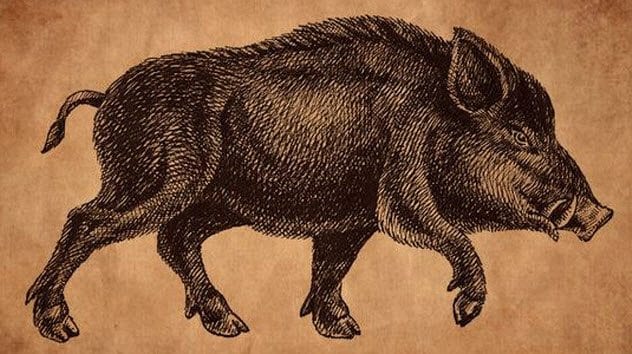 As it is written in the old Norse Poetic Edda: “Saehrimnir, the boar, is boiled! The best of bacons!”

The Norse knew that no religion was complete without divine bacon. After all, they couldn’t worship gods who settled for the garbage we mortals eat. The gods needed divine food—and that’s where Saehrimnir comes in. Saehrimnir is the best-tasting pig in the universe—and the one that happens to have the worst life.

Every night, the Norse gods boil Saehrimnir’s flesh and eat him. The poor pig is awoken every night by the return of a group of drunken Vikings, who dump him into a vat of boiling water and hold a big feast. He has to put up with the entire pantheon of Norse gods ripping off his body parts until they’re full.

Then, in the morning, he comes back to life and gets killed again. It’s a horrible life. But in the world of the Vikings, that’s the price you pay for being delicious.

8 Matshishkapeu
The Innu Spirit Of Farts 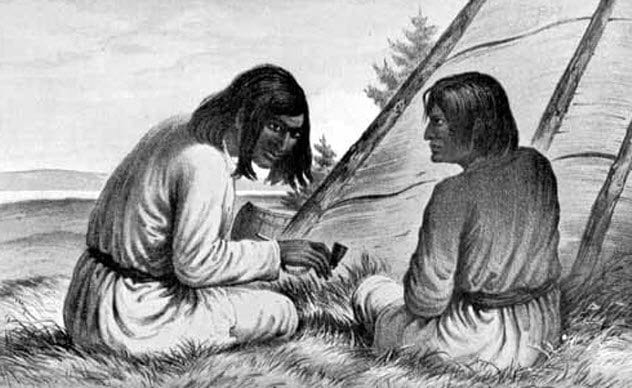 According to the traditional beliefs of the Native American Innu people, spirits speak to the living. Some talk through drums. Others come to us in dreams. And one of them, Matshishkapeu, speaks to us through farts.

Matshishkapeu, the Innu said, spoke to them “with great frequency”—especially when men were alone without women. Every fart, they believed, was Matshishkapeu giving them a message.

A sudden fart required immediate translation. If someone let one slip, an elder would have to rush over to let everyone know what the fart sounded like. Sometimes, though, that was easier said than done.

“Matshishkapeu’s utterances are usually cryptic,” one Innu hunter said. “You have to concentrate hard in order to understand what is being said.” 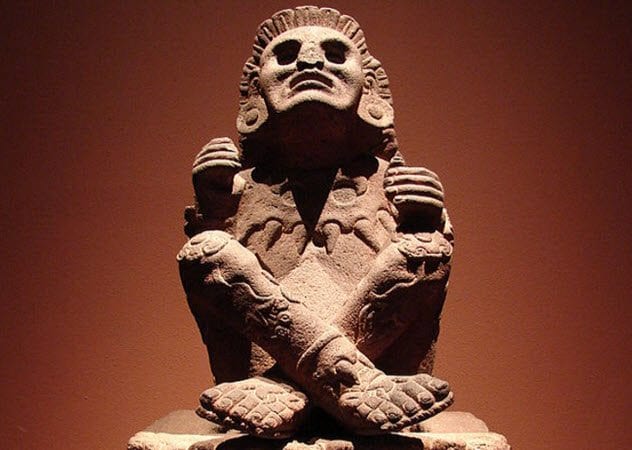 A lot of religions have gods of homosexuality, but the Aztecs got a bit more specific. It wasn’t enough for them to have a god of gay men; they needed a god for the gay men who have sex for money. And so Xochipilli came to be.

Xochipilli was more than just the god of gigolos—he was actually multipurpose. He was also called The Prince of Flowers. “Flowers,” though, doesn’t seem to have meant roses or daisies. Instead, it meant flowers that could get you high.

His statues were covered with psychoactive flowers and mushrooms. The statues also showed him with a facial expression that made it clear that he was absolutely blasted out of his mind.

This means that he wasn’t just the god of gay prostitutes—he was the god of hallucinogens, too.

6 The Global Pantheon Of Poop Gods 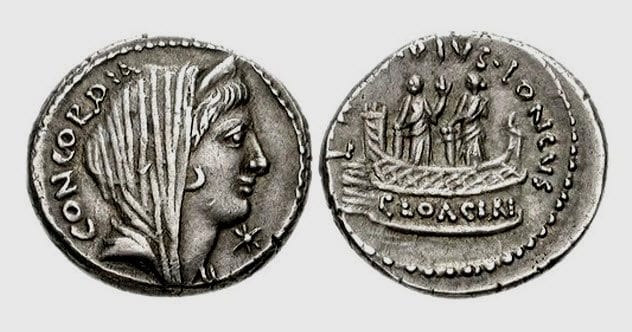 There were gods of poop, too. But there were so many that it’s hard to narrow it down to a single religion. Japan probably went the furthest with it—they made a whole pantheon of poop gods and spirits.

But they weren’t the only ones. The Chinese had Zigu, the goddess of poop. Women could leave an image of Zigu by the toilet, and in return for their devotion, she would answer their questions.

The Babylonians had Shed Bet ha-Kise, a vengeful toilet god who cursed anyone who had sex near a toilet by giving them epilepsy. And the Romans actually had two such gods. They had Sterquilinus, an ordinary god of manure, and Cloacina, the goddess of the sewer system.

5 Sapona
The Yoruban God Of Smallpox 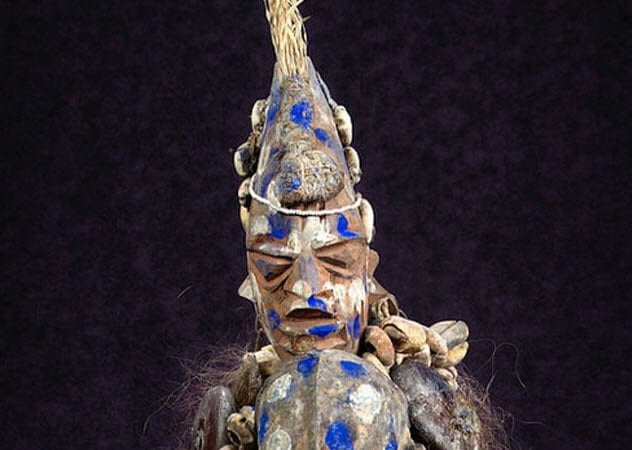 The Yoruba people of West Africa believed in Sapona, the god of smallpox. Toward the end of the 19th century, Sapona had a whole cult worshiping him. But they were much happier about what he did than they should have been.

Sapona’s cult extorted money from people by threatening to curse them. If someone didn’t pay up, cult members went over to that person’s house and scraped smallpox scabs on the person. Alternatively, the cult powdered the scabs and rubbed them all over the person’s windows.

When doctors began to vaccinate people against the disease, the cult of Sapona saw it as their divine duty to stop the vaccinations. They threatened people and ran active campaigns to keep smallpox alive. Until the cult was taken down, they started a lot of major epidemics.

4 Terminus
The Roman God Of Mileposts 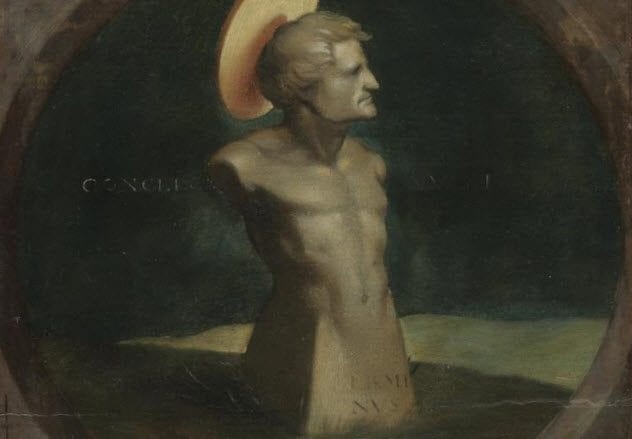 Terminus was one of the very first gods created by the Romans. He was the god of landmarks and of the stones placed by Romans on boundary lines—and he was not to be crossed.

His stones were called termini, and if you moved one, you were in trouble. The moment you pushed a terminus out of place, every person in Rome had the legal right to hunt you down and murder you.

Simply dying, though, was a lucky fate for someone who angered Terminus. The inscriptions on his stones promised something even worse: “Whosoever shall take away this, or shall order it to be taken away, may he die the last of his family.” 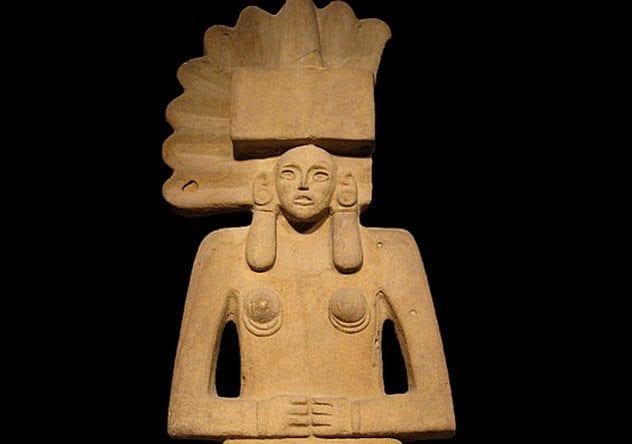 In artwork, Tlazolteotl is usually depicted with brown around her mouth. She is, after all, the divine dirt eater of the Aztec gods. That “dirt,” though, wasn’t stuff that you found on the ground; it was a euphemism. Tlazolteotl was the eater of divine excrement.

There’s an explanation for this one that actually makes a lot more sense than you’d expect. Tlazolteotl, the Aztecs believed, was the divine being who ate all waste. That included the decaying bodies of the dead, fruit, vegetables, and yes, excrement. She was the goddess of decomposition. Still, it’s a little weird that the Aztecs worshiped a goddess who spent her time eating feces.

She had a second job that makes things a bit better. In what might have been a rare stroke of Aztec generosity, they also made her the goddess of steam baths—which she probably could have used after all that.

2 Kalfu
The Haitian God Of Intersections 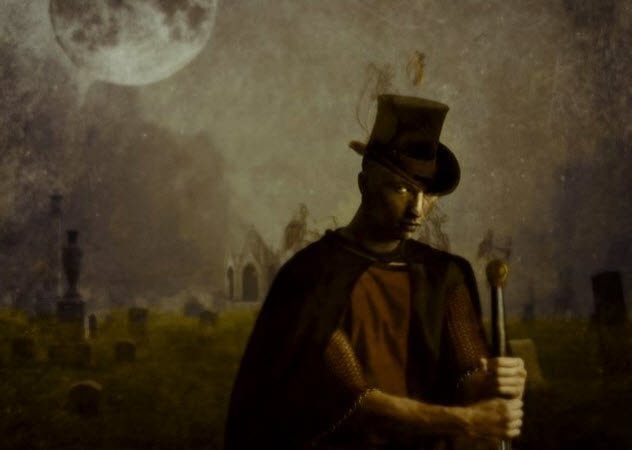 “God of Intersections” sounds kind of cheesy, but Kalfu is actually a terrifying god. He is the Haitian Vodou (aka Voodoo) equivalent of Satan. Although he technically rules over intersections, it’s in more of a “devil at the crossroads” kind of way than a “wait for the green light to go” kind of way.

Kalfu is a red, demonic beast who drinks rum infused with gunpowder to pass the time. He controls the evil forces of the spirit world and the malevolent spirits of the night. He’s a demonic creature who possesses people and controls the passage of spirits into the real world.

All that responsibility for an intersections god makes Vodou unique. When the Haitians were looking for their most powerful gods, they didn’t look to the Sun, the Moon, the Earth, or the sea. They looked at the intersections.

1 The Unknown God
The Greek God Of Miscellany 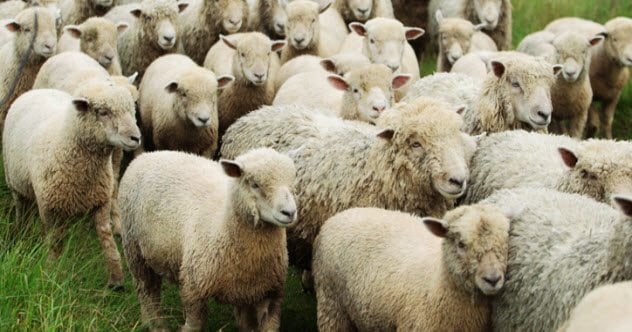 To make sure that they didn’t leave anything out, the Greeks came up with one extra god: The Unknown God, or the god of everything they forgot to mention. This was a sort of placeholder god who was used for everything they hadn’t thought up yet.

They started worshiping the unknown god after Athens was hit by a plague. No matter how many animals they ritually slaughtered, the plague didn’t go away—and ritually slaughtering animals was all they knew how to do.

So the Greeks tried something a bit different. They sent a flock of sheep into a field, made an altar to all the miscellaneous, unspecific gods, and slaughtered the sheep, hoping that this act would appease whichever god they’d never heard of.

10 Evangelist Preachers Who Fell From Grace