As sure as we all are born, we will someday die, and when that day comes, something is going to have to be done with our remains. People are generally content to be interred in a cemetery or to have their ashes occupy a treasured place on a loved one’s mantle.

But sometimes, the deceased want something a little more special done with their carcass. When that happens, we get stories like those below. Read on for ten strangely specific and bizarre instructions left for a deceased person’s earthly remains. 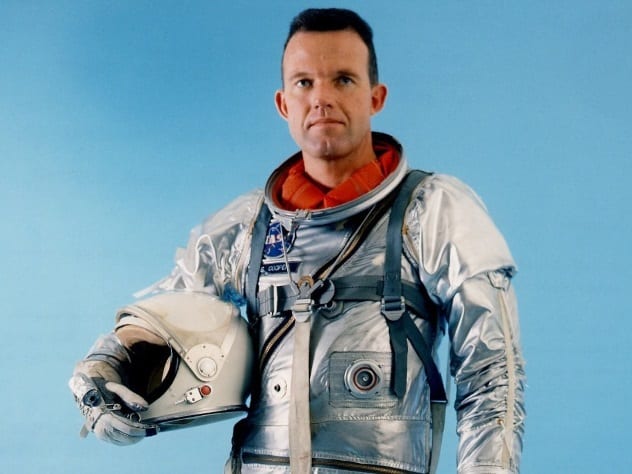 You might not think that the infinite void of space would be a popular final resting place for anyone, but you would be wrong. Just ask Gordon Cooper, an Air Force pilot and astronaut with 7,000 hours of flight time. After helping humanity reach the stars in Project Mercury, the first manned space program undertaken by the United States, it seems appropriate that a portion of his ashes be flown into the great beyond, not that it was easy getting him there after his death in 2004.

In 2007, some of his ashes (along with those of others) were sent up on a suborbital flight. The capsule fell back to Earth (as was planned in this case), but bad weather meant that it wouldn’t be found for a few weeks. A portion of his remains was sent up on a rocket in 2008 but was lost when the rocket failed two minutes into the flight. Finally, in May 2012, some more of his ashes were sent into space successfully, where they remained for a month before burning up upon reentry into Earth’s atmosphere.[1]

Cooper is far from the only person to have their remains grace the starry skies above. The ashes of James Doohan, better known as Star Trek ’s Scotty, was on the same 2007 flight with the pioneering astronaut, as were those of Star Trek creator Gene Roddenberry. 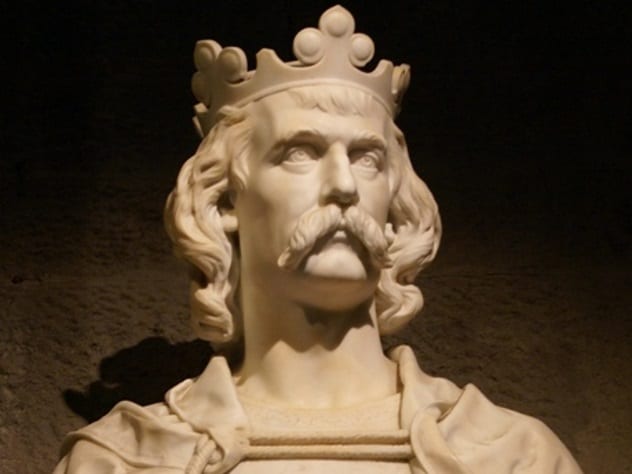 Robert the Bruce was king of the Scots from 1306 to 1329 and led his people to victory in the First War of Scottish Independence. On his deathbed, the hero king had only one regret: that he had never managed to participate in a crusade in the Holy Land. Knowing that he would never be able to make the journey, he asked his friend Sir James Douglas to carry his heart there instead. Douglas agreed and set out for the Holy Land with the late king’s heart in a casket of silver.

In the end, the heart of the Bruce never quite made it to the Holy Land. During the Battle of Teba, abandoned by his allies, Douglas threw the heart into the chaos of the battle, telling it, “Go first, as thou hast always done.” Douglas would not survive the battle, and the king’s heart would be returned to Scotland to be buried in Melrose Abbey.[2]

8 Scattered In A Park (After Being Stolen) 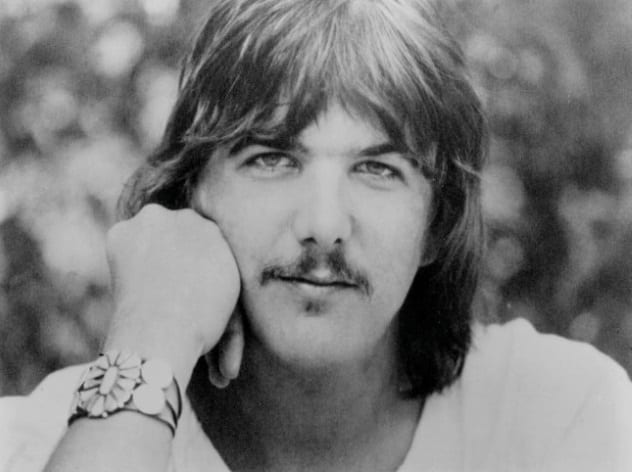 How far would you go to fulfill the last wishes of a friend? It sounds like the tagline for a movie, but in 1973, it was the question that Paul Kaufman and Michael Martin had to ask themselves when their friend and colleague Gram Parsons died. While on a trip to Joshua Tree National Park, the 26-year-old singer overdosed on morphine. At a funeral Kaufman and Parsons had attended earlier that year, Parsons had expressed a wish to be cremated and scattered at Joshua Tree. This became problematic, as the body was to be flown to New Orleans for a funeral.

Dedicated to fulfilling their friend’s last wish, Kaufman and Martin impersonated funeral parlor workers and abducted the corpse from the Los Angeles International Airport. They then took the casket to Joshua Tree, poured 19 liters (5 gal) of gasoline inside, and lit it on fire. The pair were ultimately arrested, fined $300, and charged $708 for the cost of the funeral in New Orleans.[3] 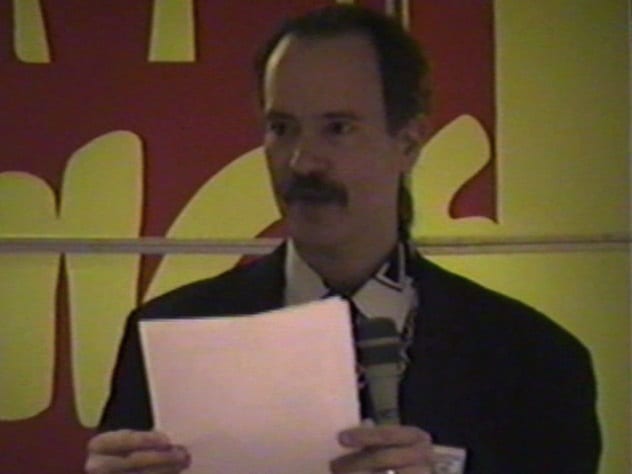 Comic book characters die and are subsequently resurrected all the time, to the point where no one actually believes death is ever permanent in the medium. Sadly, the same cannot be said for their creators, who have but one life to give. Such was the case with comic book author Mark Gruenwald, known for his runs on titles such as Captain America and Squadron Supreme.

In 1996, Gruenwald died of a heart attack caused by an undetected congenital heart defect. Prior to his death, he had made it known to his loved ones that he wished for his ashes to be used as part of a comic book. In keeping with these wishes, his ashes were mixed into the ink used in the first printing of the trade paperback edition of Squadron Supreme.[4] 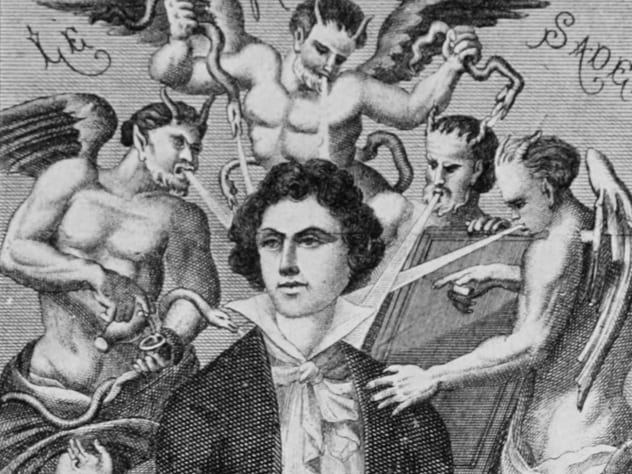 While many of us want to believe that we will be remembered after we die, some people wish to let their memory be lost to the sands of time. Donatien Alphonse Francois de Sade, better known as the Marquis de Sade, was one of the people in the latter category. In his will, the writer whose name inspired the word “sadism” forbade his body to be cut open for any reason and stipulated that it be left untouched for 48 hours in the room where he died. After this, he asked that he be placed in a coffin and buried on his property.

Sadly, as the existence of this entry shows, de Sade’s last wishes were not followed. After his death in 1814, he was buried at the Charenton Asylum, where he was imprisoned at the time. His skull was eventually removed so that it could be given a phrenological examination, and it was eventually lost.[5] As of this writing, the world has yet to forget about the Marquis de Sade.

5 Poured Into A Pringles Can 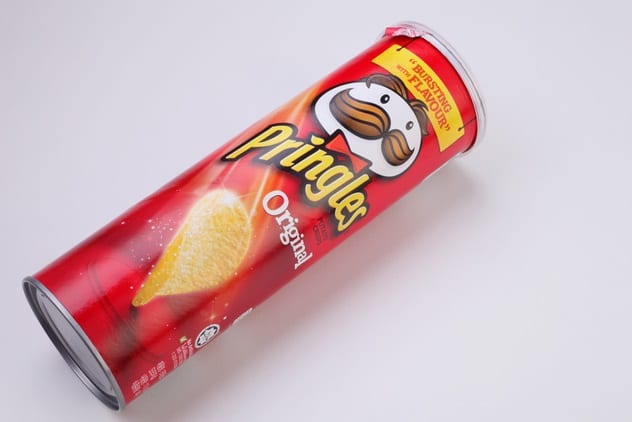 As multiple entries on this list indicate, the career one pursues in life can influence what they wish to have done with their mortal remains. Fredric Baur was an organic chemist whose most noteworthy achievement was creating the tubular containers used to package Pringles chips. Upon his death in 2008, his children carried out his wishes and put some of his ashes into one of the cans that he created. The can was placed alongside an urn containing more of his ashes in his grave.[6]

4 To Have An Autopsy 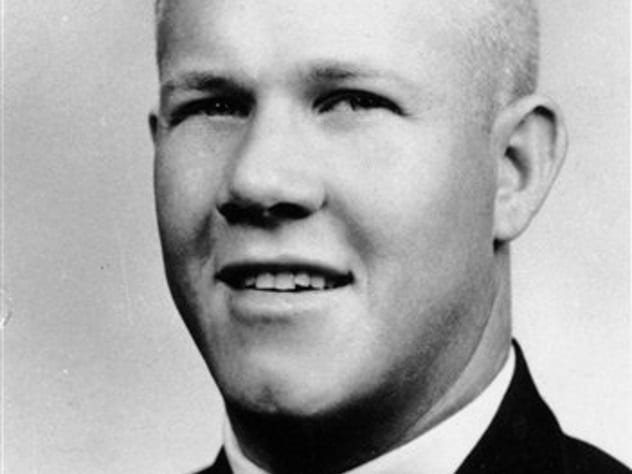 Sometimes, an individual becomes so disturbed that he starts to believe that the only remedy for his condition is death. Prior to his rampage at the University of Texas, Charles Whitman had noticed himself becoming increasingly irrational, even writing in his suicide letter that, “I do not really understand myself these days.” Tragically, this would come to a head on August 1, 1966, when, after killing his wife and mother, Whitman climbed the Main Building Tower at the University of Texas at Austin and opened fire. He would kill 14 more people and injure 31 before he was killed by police.

In his suicide letter, Whitman requested that an autopsy be performed on his body to determine if there was a biological cause for his irrational behavior. Upon performing the procedure, doctors found a tumor the size of a pecan in his brain. The Connally Commission formed to examine the autopsy findings concluded that while they could not definitively state a connection between the tumor and Whitman’s actions, the tumor could have impaired his ability to control himself.[7] Whitman was later cremated. 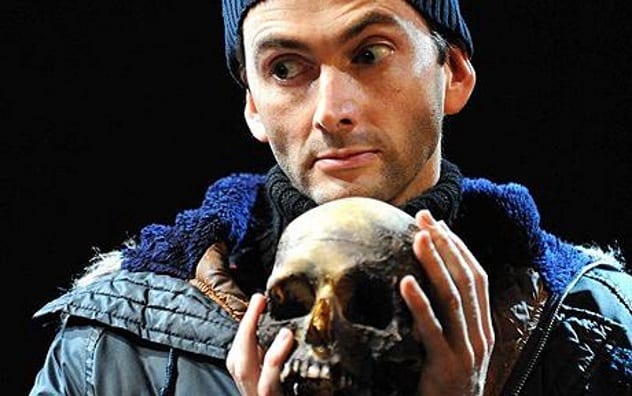 Some people want their earthly remains used for the benefit of others after their soul has departed this mortal coil. For some, this might just mean checking the organ donor box on the paperwork at the DMV. But for those who want to go the extra mile, there is always the option of donating their body to be used for medical research. Polish pianist and composer Andre Tchaikowsky went even further than that by not only donating his body to science but also giving his skull to the arts.

In his will, Tchaikowsky asked that his skull be donated to the Royal Shakespeare Company with the hope that it would be used in a production of Hamlet. Though he died in 1982, it would be decades before someone would feel comfortable using the skull onstage. But in 2008, Tchaikowsky’s final wish was granted when David Tennant used the skull in a series of performances. Initially, the press was told that the skull had been swapped out for a fake, only for it to be revealed that the real skull had been used.[8]

2 Buried Behind The Wheel Of A Car 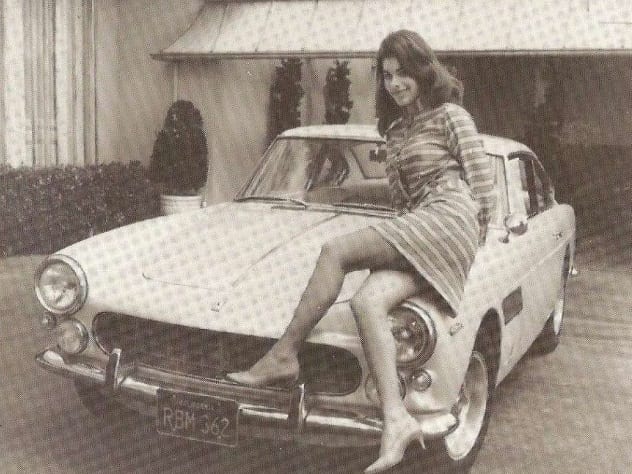 There are few things people love more than their cars, and for at least one woman, her love for her automobile extended beyond death. Sandra West was the widow of a rich oil tycoon and a socialite living in the wealthy neighborhood of Beverly Hills. Her will asked that she be buried in a nightgown behind the wheel of her Ferrari.

After she died of a drug overdose in 1977, the car was lowered into her grave inside a cement box. Concrete was then poured over the top of the box to protect it from vandals.[9]

1 Shot Out Of A Cannon

Most of us will be lucky if we ever manage to be half as interesting as Hunter S. Thompson. During his time on Earth, he rode with the Hells Angels and gave birth to Gonzo journalism, among other things. It would take another list to go into all the crazy things Thompson said and did in his life. Sadly, he would take his own life in 2005 at the age of 67. In his suicide note, he expressed that he felt that he had lived longer than he wanted.

But there was no way a man like Thompson was going to be buried or kept on someone’s mantle. He had bigger designs. At a private funeral, he had his ashes fired out of a cannon of his own design. He was also mixed into the fireworks that were detonated over the proceedings.[10]

Read about more atypical final rites on 10 Unusual Ancient Burials and 10 Bizarre Funeral Customs From Around The World.