The first chairman of Communist China left his mark on history. There was a whole cult of personality around Mao Tse-tung. He was, after all, a hero. He’d made the Long March, fought off the Kuomintang and the Japanese, and maybe sort of accidentally caused the deaths of more innocent people than any other person in history.

Behind closed doors, though, Mao was a bit less perfect than his people knew. As his health got worse, Mao’s habits became stranger. He got up to some weird things—and he left behind some stories that are downright obscene. 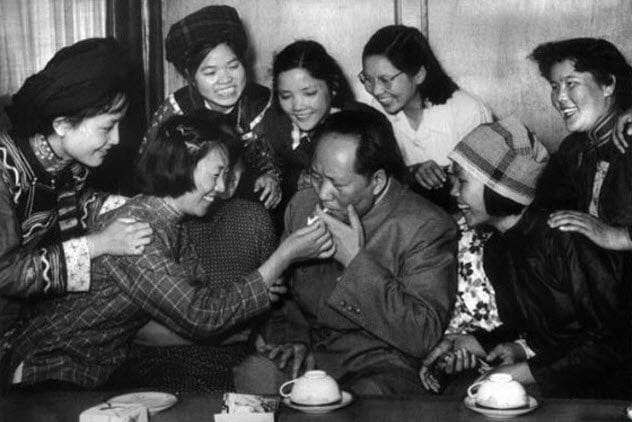 As Mao got older, his health got worse. He was infertile, he was aging, and his body was falling apart. He needed his youthful strength back. The best way to do that, Mao was pretty sure, was to sleep with as many women as possible.

Mao claimed that he needed the waters of yin to replenish his yang—which was a fancy way of saying he needed to have sex with a lot of women to get his manliness back. His doctor disagreed, but Mao was certain he was onto a good idea. It was, he was sure, at least worth a try.

Mao had a special “sex bed” made with one side raised 10 centimeters (4 in) higher than the other. Every day, he brought in peasant girls. Before they could hop in bed with the chairman, though, he made them read a sex manual called Classic of the Plain Girl’s Secret Way. After all, Mao didn’t need amateurs.

A lot of those women ended up with STDs, but they didn’t mind. Sleeping with the chairman was the most exciting moment of their lives. “The illness, transmitted by Mao, was a badge of honor,” his doctor said, “testimony to their close relations with the chairman.” 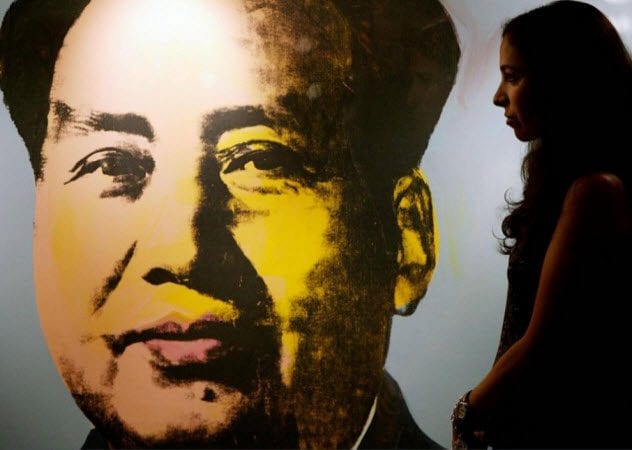 Mao liked them young—really, really young. Criminally young, in fact. One of his most extreme age gaps came in 1962 when he was 69 years old and he started an affair with a 14-year-old girl.

Her name was Chen, and she was part of a dancing troupe that entertained the army. She sang and danced for Mao, who would watch the girls perform and then invite them back to his bedroom “to make him his tea.”

When Chen’s parents found out that she was sleeping with the chairman, they were furious. Her father wanted to write Mao an angry letter, but he couldn’t do it. This was the height of the Cultural Revolution. Accusing Chairman Mao of anything meant certain death.

Instead, the affair went on for five years until Mao’s wife got jealous and demanded that he banish Chen. Mao wept while he told Chen, but he sent her away. Then, a few years later, he arranged for her to be married to another man—keeping her out of his life to avoid his wife’s wrath.

8 He Never Brushed His Teeth 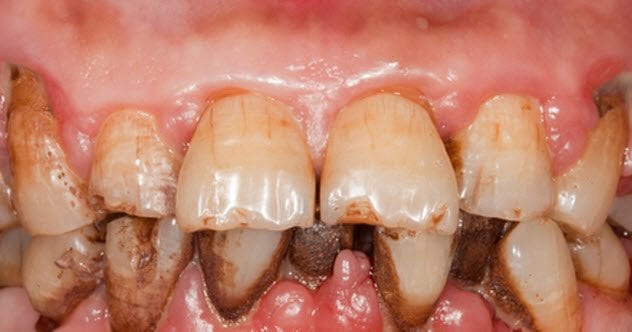 Mao didn’t believe in dental hygiene. He steadfastly refused to brush his teeth. Instead, he would swish a cup of tea around his mouth every morning and hope for the best.

“I clean my teeth with tea,” Mao told a dentist. “I never brush them. A tiger never brushes his teeth. Why are a tiger’s teeth so sharp?”

The result was pretty disgusting. Mao’s teeth were so covered in plaque that one person described them as looking like they had been “painted with green paint.” His gums were infected. “When I touched the gums,” his doctor wrote, “pus oozed out.”

Worried about Mao’s health, his team insisted that he start brushing. But, at best, they’d get him to do it for a day. Then Mao would go right back to swishing with tea. 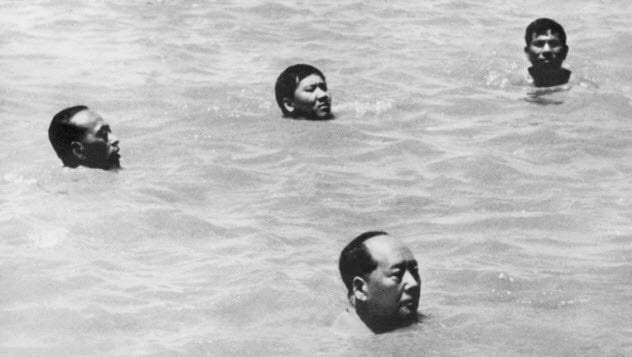 Mao loved to swim. It was one of his favorite hobbies. He was good at it, too. In fact, if you believe his propaganda ministers, he was the best in the world.

In 1966, he joined 5,000 other swimmers in the annual Cross-Yangtze Swimming Competition. He was in his seventies, in the twilight of his life, but he wanted to prove that he was as strong as ever. So he swam the Yangtze River.

According to the Chinese press, Mao made the 15-kilometer (9 mi) swim in a record-shattering 65 minutes. That means that Mao swam at a speed of 3.8 meters per second—making the 70-year-old man about twice as fast as Michael Phelps.

By what was surely nothing more than pure bad luck, the propaganda ministry didn’t keep the full video of Mao’s apparently superhuman swim. In the papers, though, the Chinese media reported that Mao hadn’t even begun to feel tired when he made it to the end. 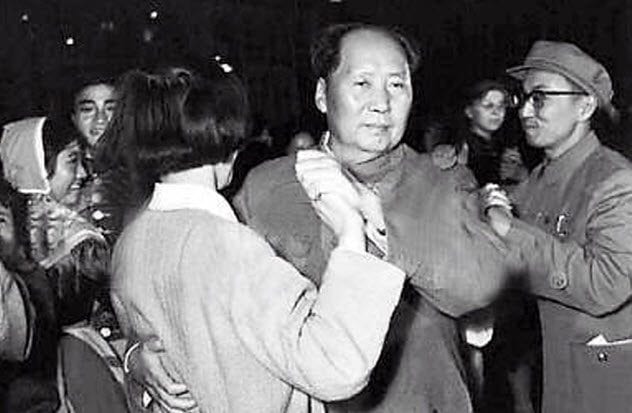 Mao had a Cultural Work Troupe—a group of girls on staff hired to dance with him. They were artists, in part, although they were mostly chosen for their looks and their ability to keep their mouths shut.

Sometimes, he would take them to his swimming pool, where he would have them strip off their clothes and perform a naked aquatic ballet. More often, though, he took them ballroom dancing—something that, for most Chinese people, was a bourgeoisie crime. But for Mao, it was forgiven.

Vice Chairman Wang Dongxing organized the dances at the Spring Lotus Chamber. There, Mao and his men would dance with beautiful women until Mao picked one to take to his bedroom. That happened so often that Mao eventually had a bed put in the room next door—a place where he and one of the girls could take a “rest.”

5 The Soviet Union Analyzed His Feces 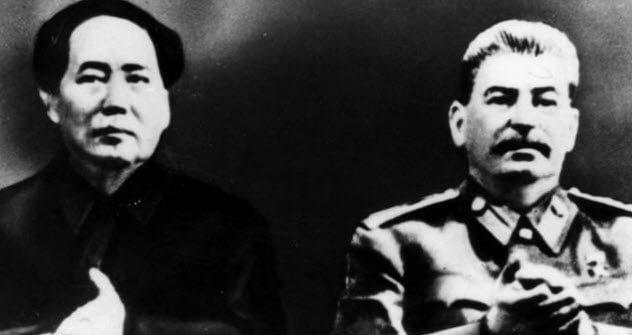 When Mao visited Moscow in 1949, he expected a hero’s welcome. He was sure the red carpet would be pulled out for him and he would be given the honors deserved by the head of one of the greatest communist nations in the world.

Instead, Joseph Stalin locked up Mao in a hotel room and bombarded him with food. It drove Mao insane. Sure he was being bugged, Mao yelled at the walls, “I am here to do more than eat and shit!”

He was wrong. That was exactly why he was there. Stalin had modified Mao’s toilet so that his waste would go into a special box instead of flushing into the sewage system. Then Stalin’s top scientists analyzed Mao’s leavings. If his feces didn’t have enough potassium, the scientists believed, then it meant that Mao was nervous.

Stalin refused to meet with Mao until they’d examined his leavings. History doesn’t record what was found, but apparently, Stalin didn’t like it. When the men finally met, Stalin refused to sign an agreement with Mao. His feces just weren’t up to standard. 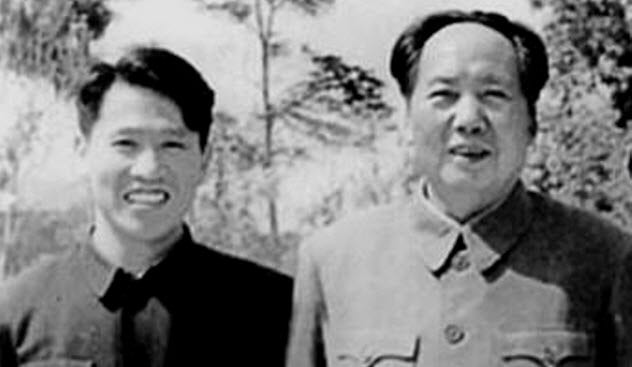 Stalin got to Mao more deeply that he realized. After all, Stalin had made Mao use a toilet. Officially, the chairman owned one, but he didn’t use toilets unless he absolutely had to. He didn’t believe in them.

“It stinks,” Mao said. “The smell there hurts your brain.” He’d grown up on a farm, and he was uncomfortable with the concept of plumbing. Instead, whenever he had to go to the bathroom, he would head out into the woods.

Every time Mao had a bowel movement, his bodyguard Li Yinqiao had to grab a shovel and go out there with Mao. It was Li Yinqiao’s duty to dig the chairman a hole and guard him while he was out there—which was a long time.

Mao was constipated most of his life. His third wife, He Zizhen, had to give him enemas. Even this, though, was spun into tales of heroism. One writer claimed, “It is said that during the Long March, Mao’s bowel movements were a source of inspiration to his soldiers.”

3 He Made Khrushchev Wear Water Wings 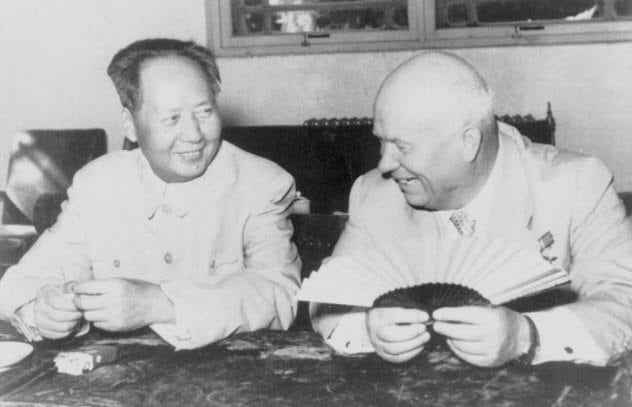 Mao never fully got over the reception that Stalin had given him. Years later, when Nikita Khrushchev visited Mao in 1958, Mao got his revenge.

Khrushchev wasn’t a particularly athletic person. He was 160 centimeters (5’3”), 91 kilograms (200 lb), and physically inept. He didn’t know how to swim, and Mao knew it. Instead of taking Khrushchev to a dignified meeting room, Mao made Khrushchev meet him at his swimming pool.

Khrushchev had to stand in the children’s end of the pool while Mao swam around, trying to goad Khrushchev into coming over to the deep end. After a while, Mao had an assistant give Khrushchev water wings. While the two world leaders discussed international policy, Mao forced the leader of the Soviet Union to doggy paddle after him.

“I basically flop around when I swim; I’m not very good at it,” Khrushchev admitted later, recalling the experience. “But he swims around, showing off, all the while expounding his political views. It was Mao’s way of putting himself in an advantageous position.”

Khrushchev wasn’t happy about it. After the meeting, he ordered the removal of all Soviet advisers from China. Soon after, the relationship between the two countries fell apart. 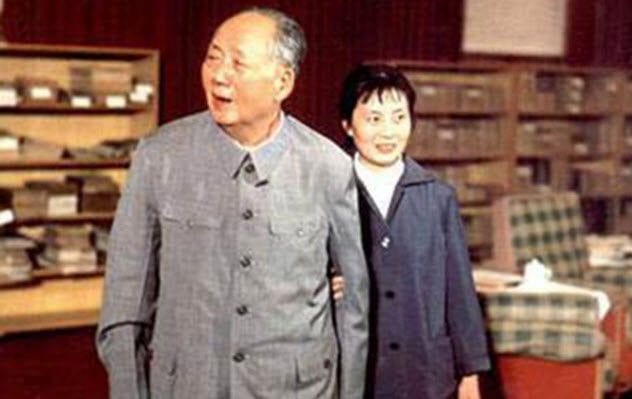 Mao had a lot of mistresses, but his favorite was Zhang Yufeng. When they first met, Mao was in his late sixties and she was 16 years old. It was nearly impossible for his wife to compete.

Zhang Yufeng had massive power over Mao. By 1973, he had made her his confidential secretary. That meant that every time Mao’s wife, Jiang Qing, wanted to talk to her husband, she had to ask Zhang Yufeng first. Jiang Qing knew full well that this was her husband’s mistress, but Mao made Jiang Qing go through the humiliation every time.

Mao set up a bank account for Jiang Qing that had thousands of yuan in it. But this, too, was controlled by Zhang Yufeng. Every time Jiang Qing wanted to buy something, she had to ask Zhang Yufeng for permission. Jiang Qing had to tell Zhang Yufeng why she needed the item and then listen to the woman her husband was sleeping with criticize her for taking too much.

1 His Wife Had Revenge Affairs 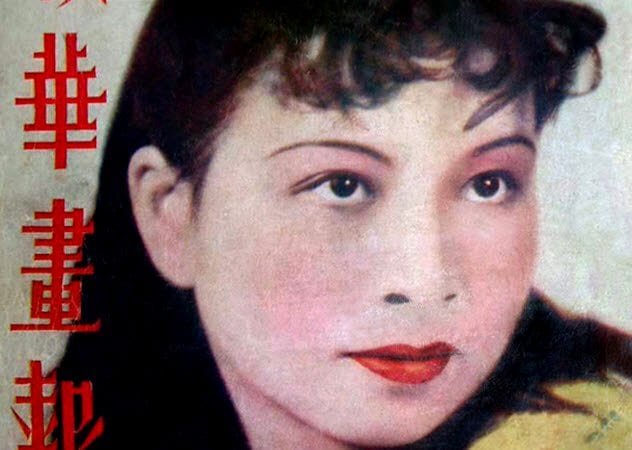 Jiang Qing got her revenge. Frustrated with her husband’s flagrant infidelity, she visited her female friends and said, “Why shouldn’t a woman have male concubines? Empress Wu Zetian had male concubines.”

Her friends, who were going through much the same thing, agreed. Jiang Qing couldn’t stop her husband from sleeping around, but she could give him a taste of his own medicine. If nothing else, Jiang Qing was a match for her husband. She could be every bit as filthy, both in private and in making her enemies pay.

Mao’s wife soon had a male harem of her own. Jiang Qing, though, went for the classy men. She had an affair with a writer, a pianist, and—because this was China—a star ping-pong player.