I spent more than enough time as a door-to-door salesman in the Greater Phoenix metropolitan area. Besides the overwhelming heat, arid conditions, and permanent sunburn, I learned a few things about how to survive in the sales world.

Those insights included why the typical methods of getting rid of us don’t work and how far a salesperson has to be willing to stretch the truth to make a sale. 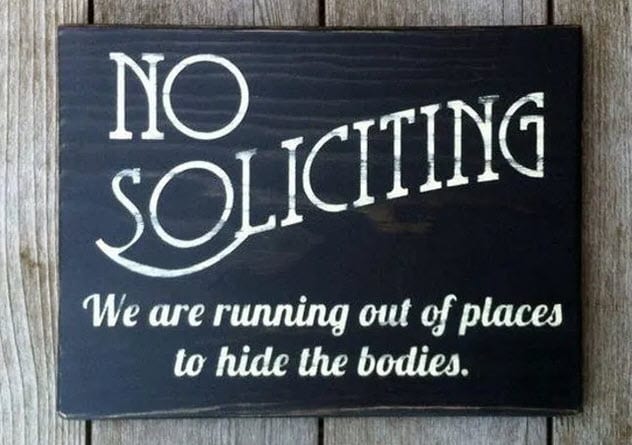 Undoubtedly, when a salesperson knocks or rings the bell at a residence, the quickest way to anger the prospect who answers the door is to blatantly ignore their “No Soliciting” sign. It’s supposed to be an instant “Get Out Of Being Hassled Free” card. But there’s one problem: We don’t care. In fact, we were told not to care.

As much as I hated ringing the doorbell on the 50th home with the little placard saying that the owners were not interested in anything I had to offer, I knew two things.

First, teams had already canvassed these neighborhoods, usually only months earlier. So, if I saw one sign, chances were that most of the homes had them. The residents would only tolerate us standing on their stoops for so long before the welcome wore out.

Second, if I politely stepped away from every door with this little warning, I’d run out of houses quickly and likely make zero sales that day. That meant zero commissions, and we ran on full commission.

So, knocking was bound to happen, despite knowing that I’d probably receive a hostile greeting. But to understand why, you must realize something else . . . 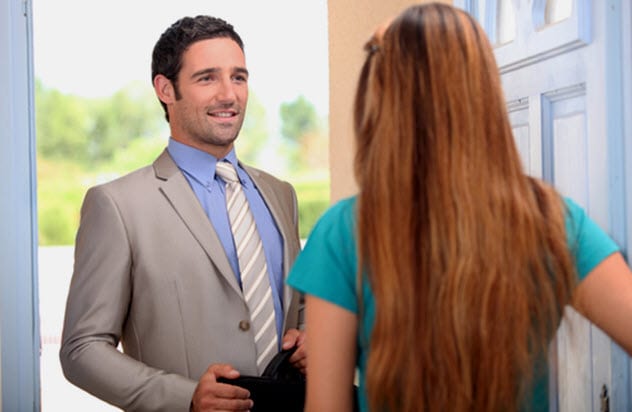 In the purest sense, we go from door to door using the shotgun approach to making sales. If you ask 100 people for the sale, usually at least one will say “yes.” A few more will curse at you, and most will slam the door in your face . . . and then curse at you.

But we ignored those “No Soliciting” placards for the same reason that we never got in trouble with the law or even HOAs when they spotted us on their otherwise quiet and pristine sidewalks. Each member of my crew was an official “Account Manager” sent into the field to “check on” the well-being of the customer of whichever company we worked for that month.

If you happened to buy a premium upgrade package that we mentioned immediately after asking if you were satisfied with your service, then that’s just your good luck, right? As we only went to homes of existing customers, it was not a cold sale and, therefore, not soliciting.

I’ll be back – Arnold Schwarzenegger – The Terminator

One of the frustrations of working the door-to-door circuit is reworking territory that’s been canvassed before. Even worse, you may walk into a neighborhood unaware that someone else showed up last week claiming to be the “Account Manager” for the area.

“I told you guys last week . . . ” and “Why won’t you leave us alone?” starts flying out of every mouth you encounter. Every time you turn around, it may seem like a new guy with a clipboard is trying to sell you an upgrade at the door because each region is split into territories and handed to “agents” to be worked.

When sales are low or new territories haven’t been opened for a long time, agents are sent back out to drum up support from customers who weren’t previously warm to the idea of making a change. The problem? We encounter frustration from homeowners who are sick of being hassled. Even worse, some customers haven’t received what they signed up for or want to switch back.

See, we are not account managers in the purest sense of the word. When a customer wants to spend an hour on the lengthy process of downgrading services or canceling altogether, we get stuck waiting on hold with the same 1-800 number that you would.

But we pretend to be useful in the process because appearances make all the difference. Also, we know that we may be right back there in a few weeks or months doing this all over again. “So yes, Mr. Harrison, I’ll be glad to call support and help to get this figured out for you right now.”

7 It’s Our Job To Change Your Mind 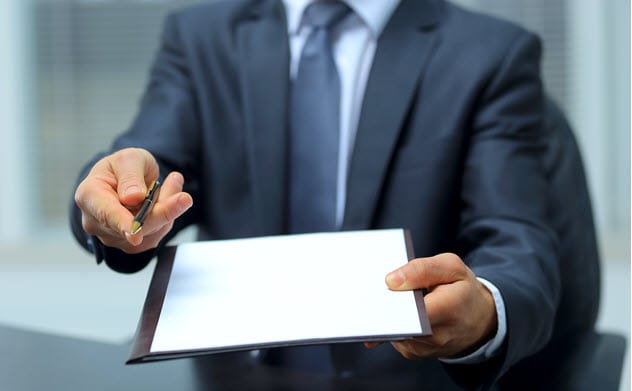 The first skill that any salesperson learns? “No” stands for “keep trying.”

Closing the door doesn’t mean “no” if there’s a window or a screen. Saying “no” only indicates that I haven’t convinced you to see the value in what’s being offered. If you scream for us to get off your lawn, we’ll probably leave. But your house is marked, and we’ll be back, probably when a different car is in the driveway.

Every morning at my company, we spent at least an hour practicing the art of turning “no” into “yes” with role-playing, carefully practiced speeches, and an arsenal of techniques to break down barriers and plant the seeds of “yes.” They only needed diligent watering to bloom into their full glory.

It was an art form—convincing people to buy things that they didn’t need. It’s verbal sleight of hand. Those who are good at it will leave you feeling like they’ve done you a favor.

6 Sales Is A Subculture 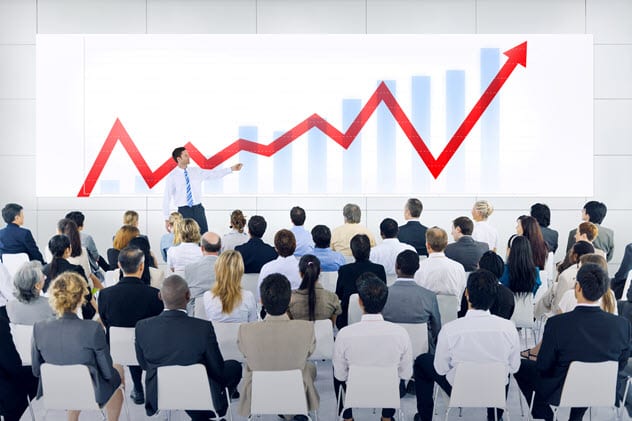 A lot goes into sales that the customer never sees. This is probably for the best. If you knew about the insane hype sessions, the mandatory meetings, and the directives to stay in touch at all times, you’d begin to wonder if the office didn’t look less like a place of business and more like a religious group. And you’d be right.

The reason is that sales is a soul-crushing, demanding field. “Outside sales”—the kind that actually happens outside—is even worse. Burnout is high. To keep spirits up and agents motivated is a constant battle. This requires all employees to be under strict observation for any sign of losing enthusiasm. Also, a quick interference system must inject a new dose of “company spirit” when needed most.

Our company kept crazy hours, with employees working from 8:00 AM to 9:00 PM five days a week with a “not mandatory” but totally mandatory Saturday schedule of 9:00 AM to 5:00 PM. We also had “team-building” exercises twice a week after work. That meant we all went to local bars and got hammered with our new family—the sales team. These are the only people you’ll ever see. Don’t worry, they’ll take care of you—except they won’t because . . . 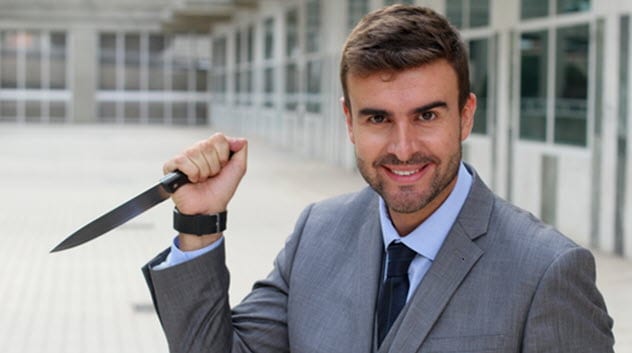 At first, it seemed like our group was all about camaraderie. Everyone was willing to help you learn, but here’s the most valuable lesson: Everything is fake, and everything is a pitch. In the power structure where I worked, our already quirky office suddenly began to resemble a scheme in the shape of a three-sided geometrical object.

The whole atmosphere was extremely competitive because you had to hustle for your dinner every night. Every new member was assigned to a manager who was on an all-out quest to acquire underlings. When the manager had enough people, they would move to a neighboring city to open a new office. There, the team became managers themselves, and . . . well, you get the picture.

It was a power struggle, and the heat was always on. If you were slow to catch on or likely to burn out fast, you discovered another rule of the sales business . . .

4 It’s All A Numbers Game 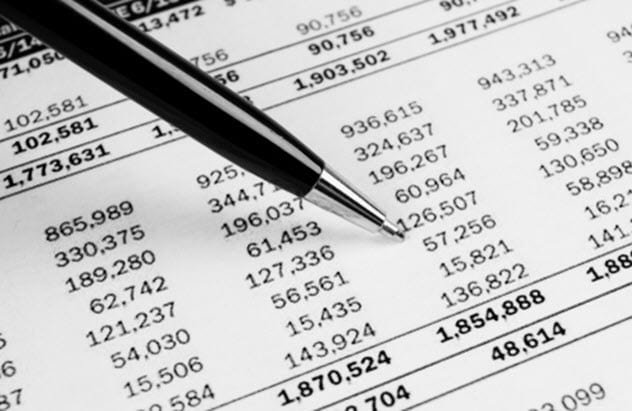 Everything in this industry is run by the numbers, including sales averages, commission points, houses per day, and conversations you have at the door. If a customer wants to get new Internet service, that is a “yes.” So they have our undivided attention.

However, the Internet is a low-margin commission. The prospect at the next door might buy a full package upgrade or a coveted bundle. If the current prospect is not interested in upgrading to that superexpensive package, then they should expect clipped conversations and hasty goodbyes. We have numbers to reach.

Attrition is high. Also, agents who don’t hit their numbers on a consistent basis may see the quality of their territories decline until they “choose” to leave on their own.

3 We Can Get You Good Deals 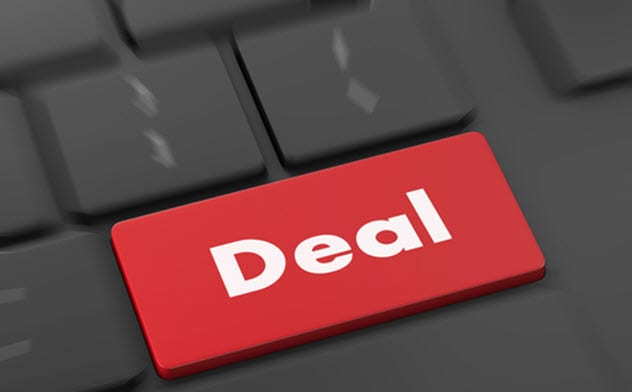 But we probably won’t. Yes, it’s true that agents in the field have access to dedicated call-in numbers and can make adjustments to your account if absolutely needed. These include upgrades.

In a pinch, we do have access to the best deals or even just ones that you may not know about. But as you may have guessed, we’re not in a hurry to tell you about those.

Because it’s all a numbers game and salespeople make money from commissions, which is a percentage of whatever we can get you to shell out while we’re standing at your door. If you’re getting 50 percent off, so are we. Obviously, that’s not what we want.

However, if it comes down to making a sale and we don’t think we can tempt you with a healthy dose of FOMO, then we’ll sometimes take the risk on a sure thing. 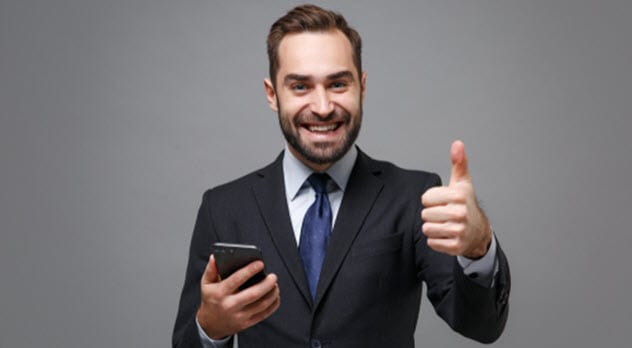 As you may have guessed, we’re watching everything you do. Your posture, your facial expressions, and your tone of voice are the only clues we have to your willingness to go along with what we’re trying to sell.

But it goes beyond that. From the second a salesman lands on your front walk to the second he hangs up the phone and hands you a new contract, he’s reading signs. Is the grass mowed? Are toys anywhere? Are the gutters clean? All these lead to decisions about who you are, what you prioritize, and what’s going to make the best icebreaker.

That way, we can skip over the “stranger at your door” moment and move as quickly as possible to being “old friends.” We just happen to love the same NFL team, can’t believe they got cheated in the playoffs, and wouldn’t it be better if you had Sunday Ticket so you could watch out-of-state teams without having to go to a noisy bar?

This brings us right back to the fundamental lesson of being a door-to-door salesperson . . .

1 Everything Is An Angle 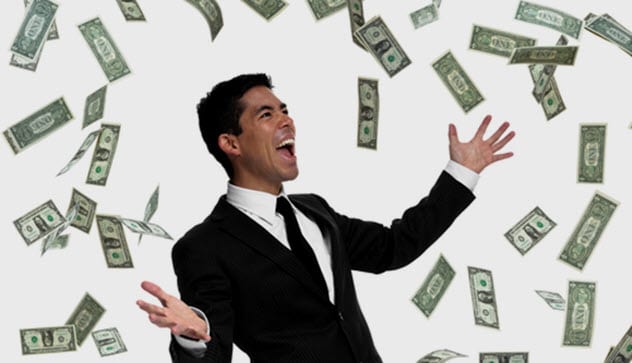 Sure, if you can help someone out, great. But you’ll pay a specific financial price if you spend too much time worrying about morality. When it comes down to it, nobody really needs most of this stuff.

Some salespeople are more honest than others, and some are extremely ethical. I always was. But you can rest assured that everything we say and do is about getting you to say “yes.” That’s because our livelihoods depend on it.

About The Author: Jason Stokes is an author, publisher, and owner of Gestalt Media. You can find him on Twitter here.