No matter why groups like Al-Qaeda and ISIS target the West, their actions are unforgivable. When a group of people hates you this much, though, it’s worth asking why.

How can they justify this? What are these people trying to achieve? They’re questions we often ask, but that we rarely try to answer. The motives of terrorists, though, aren’t a secret. They tell us why they’re doing it every chance they get—and understanding them just might be the key to defeating the ideas behind Islamic terrorism. 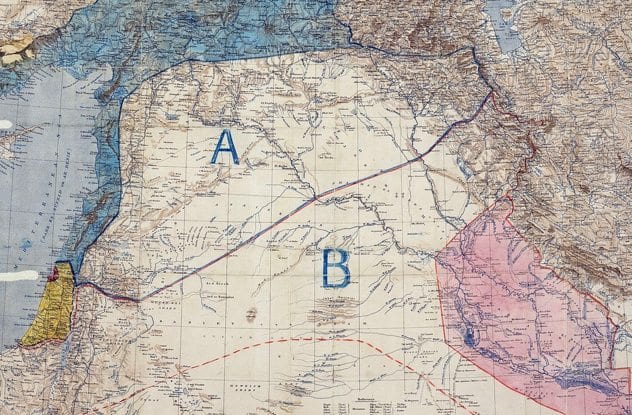 In a propaganda video, ISIS called for the “end of Sykes-Picot.” For ISIS, these words were a rallying call, two words that summed up everything wrong with the West. And yet, most of us don’t even know what the words mean.

This was a secret agreement—a conspiracy behind closed doors—until Russian Bolsheviks exposed it to the world. But that doesn’t mean it went away. Even after it was revealed, the West still divided the Middle East by their own country lines, without regard for the people who lived there, and filled their new countries with leaders that they could control.

9Puppet Leaders In The Middle East 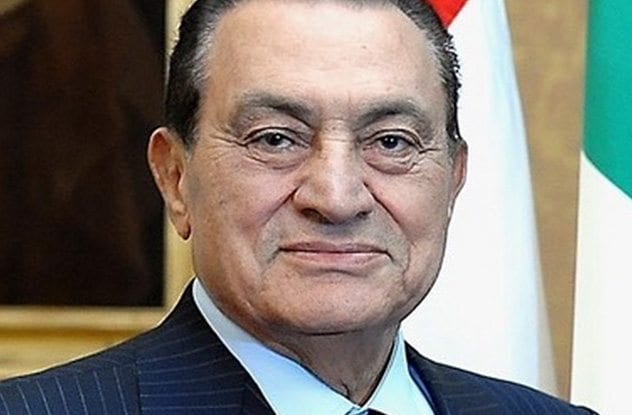 ISIS believes that Sykes-Picot never really went away. The agreement lives on, if not on paper then in spirit.

Western governments, the terrorists believe, install their own leaders into Middle Eastern countries—especially to keep Islamic leaders out of power. As Al-Qaeda put it, “The Zionist-Crusader alliance moves quickly to contain and abort any ‘corrective movement’ appearing in the Islamic countries.”

It’s a popular theory. The United States has definitely set up its governments in Afghanistan and Iraq, and have weighed in on the elected leaders that followed them. One of the biggest targets is Saudi Arabia, which Al-Qaeda has claimed “is but a branch or an agent of the US.”

For Islamic terrorists, just fighting that puppet government is pointless. Islamic terrorists killed the president of Egypt for supporting Israel, but he was replaced by Mubarak—whose ideas, Islamic extremists felt, was even further from theirs.

If these extremists are going to install their own governments, they believe, they have to take the United States out of the picture—and so they target their attacks on our soil.

8The State Of Israel 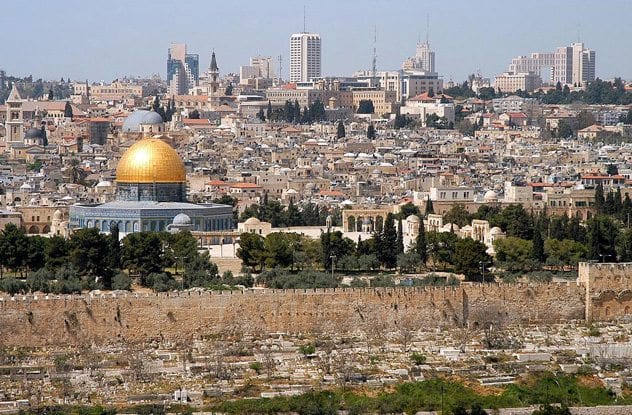 On May 14, 1948, the state of Israel was born. Europeans were no longer just trying to influence the Middle East from a distance—now they had set up their own nation inside of it. To some, this was a moment of celebration, but for many of the people living there, it was an affront, a moment that would light the spark of Islamic terrorism.

“The creation and continuation of Israel is one of the greatest crimes,” Osama bin Laden said after the September 11 attacks, trying to justify his involvement. Palestine, he said, had been under military occupation since the day Israel was formed.

He pointed, in particular, to the Qana Massacre, in which 106 Lebanese civilians in a UN compound were killed by Israeli shells. “The blood pouring out,” Bin Laden said, “must be equally avenged.”

That meant targeting the US as well as Israel. “There is no need to explain and prove the degree of American support for Israel,” Bin Laden said. In an earlier message, though, he spelled it out directly: “You openly supplied them with arms and finance.”

“[Do not] continue your policy of supporting the Jews,” Bin Laden threatened. “This will result in more disasters for you.” 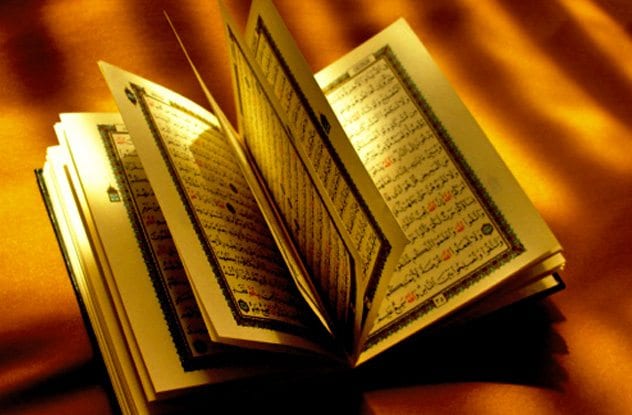 Sayyid Qutb has had a bigger impact on Islamic terrorism than almost anyone. He was a philosopher who pushed for a strict, literal reading of the Quran and sharia law.

Qutb wrote that Western society had reached “a level lower than beasts.” The Abrahamic religions, he believed, had withered, and the sexual vulgarity and drug addictions were running rampant as a result. This culture, he felt, was spreading to the Middle East. “In all the Muslim countries,” he wrote, there was “an effort to exterminate this religion as even a basic creed and to replace it with secular conceptions.”

Qutb blamed it on what we might call the separation of church and state. “God’s existence is not denied,” he wrote, “but His domain is restricted to the heavens and His rule on earth is suspended.” Humanity, he wrote, must stop following man-made laws. Instead, they should follow the sharia laws set out in the Quran—which they take literally.

One of ISIS’s goal is to start the Islamic State Qutb talked about. Al-Qaeda, likewise, was influenced by Qutb—Bin Laden even studied under him. “You are the worst civilization witnessed by the history of mankind,” Bin Laden once wrote to the United State, echoing Qutb’s ideas. “You are the nation who, rather than ruling by the Sharia of Allah in its Constitution and Laws, choose to invent your own laws as you will and desire.”

6Military Engagements In The Middle East 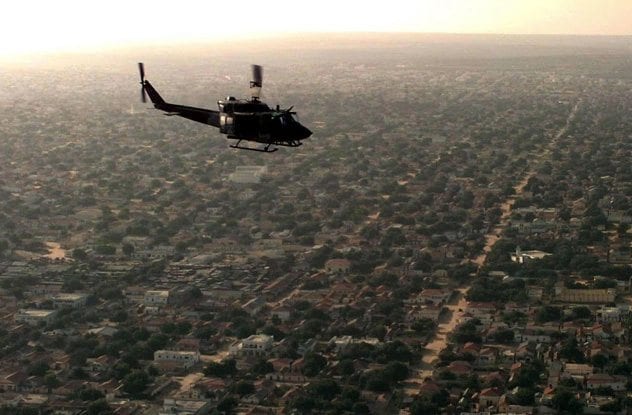 “Why are we fighting and opposing you?” Osama Bin Laden wrote in a letter to the American people. “The answer is very simple: Because you attacked us and continue to attack us.”

In part, he was talking about America’s support for Israel, but he was also talking about direct engagement. In an earlier interview with CNN, he named the 1993 Battle of Mogadishu as an example. “[The United States] went there with pride and with over 28,000 soldiers, to a poor unarmed people in Somalia,” Bin Laden said. In his interpretation, “the goal of this was to scare the Muslim world and the whole world, saying that it is able to do whatever it desires.”

America tries to intimidate the Middle East, many terrorists believe, purely to gather oil. “You steal our wealth and oil at paltry prices,” Bin Laden told the Americans. It’s an accusation he threw out in letter to his own men, as well, once telling Al-Qaeda members that “the presence of the USA Crusader military forces on land, sea and air of the states of the Islamic Gulf is the greatest danger threatening the largest oil reserve in the world.”

Since then, the War On Terror has only made this feeling stronger. Drone strikes have been called a “recruitment tool” for ISIS. When we strike first, they use it as justification for terrorist acts. Striking back is morally acceptable because, under Al-Qaeda’s interpretation of sharia law, it is taking an eye-for-an-eye.

5Sanctions On The Middle East 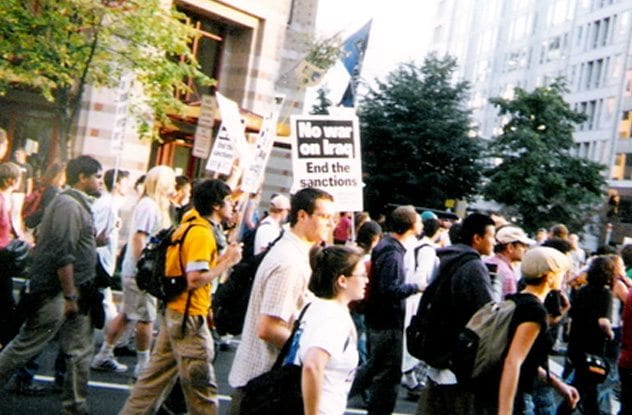 “You have starved the Muslims of Iraq,” he would later claim. By his math, 1.5 million Iraqi children had starved to death because of American sanctions. “Yet when 3,000 of your people died,” he wrote after the World Trade Center attack, “the entire world rises and has not yet sat down.”

Hypocrisy is a big point for Islamic terrorists. In their minds, their attacks pale in comparison to the actions of the American governments. They point, in particular, to Israel being permitted to carry weapons of mass destruction while its neighbors are forbidden them—proof, in their minds, that the nuclear ban is about control instead of peace.

“Harming Allah and his messenger is a reason to encourage Muslims to kill,” an Al-Qaeda recruiter once said. It seems like an abhorrent idea to us, but for the people surrounded by Islamic extremism, the idea that blasphemers should suffer is instilled at a very young age. After the film The Innocence of Muslims mocked Mohammed, small children protesting it in Pakistan were spotted screaming, “Punish the blasphemer! Shut down the website of the blasphemous film!”

As we’ve seen many times, these aren’t empty threats—they get carried out. It’s something we’ve seen firsthand more than once. Incidents like the Charlie Hebdo attack are common enough that many in the West are afraid to risk lampooning Mohammed—which is exactly why they do the attacks.

When he called for the death of Salman Rushdie, Ruhollah Musavi al-Khomeini made his motives extremely clear: He wanted us to be afraid. “I call on all zealous Muslims to execute them quickly,” he said, “so that no one will dare to insult the Islamic sanctities.”

3To Propagate The Struggle For Islam 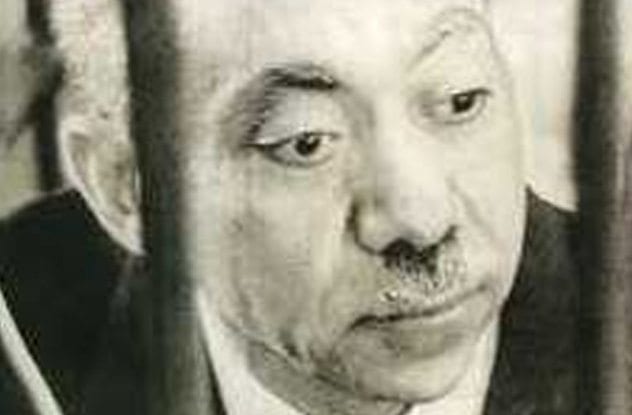 It’s hard to understand what Islamic extremists are trying to accomplish. They world they’re fighting for—a one-world government dictated by sharia law—seems like an absurd fantasy. It’s extremely unlikely that the War On Terror will end with the extremist Muslims ruling the world, and every terrorist attack only ensures that they get hit back even harder.

For many terrorists, though, it’s not about achieving a goal—it’s about the fight itself. Many are struggling for the religious honor of fighting for Islam, even if it’s in an unwinnable battle. Some terrorist leaders have admitted that their actions just make things worse for radical Islam but accept that as part of an ongoing battle.

Dying for this battle is, to the terrorists, an honor. Sayyid Qutb told his readers, “The ultimate price for working to please God Almighty and to propagate his ways in this world is often one’s own life.”

That battle includes murdering civilians—who, according to the terrorists, are not innocent. Osama bin Laden justified killing civilians on the basis of democracy. “The American people have the ability and choice to refuse the policies of their Government,” he argued, but don’t. And, since American taxes go toward the military, “the American people are the ones who fund the attacks against us.”

2To Bring About The Apocalypse 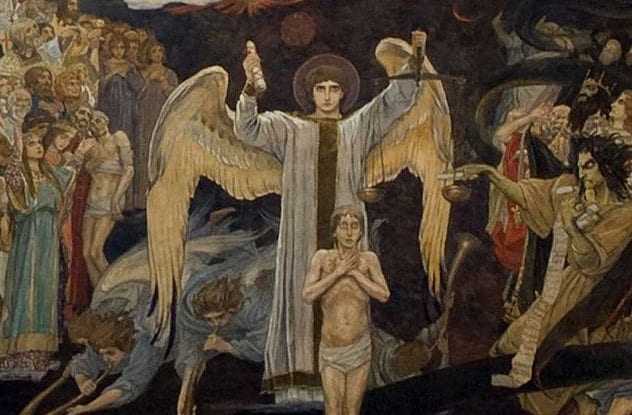 Not every terrorist believes the war can’t be won, though. For many terrorists, and especially ISIS, the war on America is a divine war. They don’t just see themselves as fighting an empire. They see themselves as playing out a part in a prophecy that will bring about the end times.

ISIS has made it a major point to control the town Dabiq, not because of its strategic value but because it appears in a 1,400-year-old Muslim prophecy. Mohammed once said, “The last hour will not come until the Romans arrived in al-A’maq or Dabiq, and an army consisting of the best people on earth in those days will hasten them from Medina.” ISIS wants to make that last hour a reality.

It’s something that comes up in their beheading videos. They murdered Peter Kassig in Dabiq, saying, “Here we are, burying the first American crusader in Dabiq, eagerly waiting for the remainder of your armies to arrive.” It wasn’t just about making an American suffer—they were trying to goad the US Army into attacking them in Dabiq. 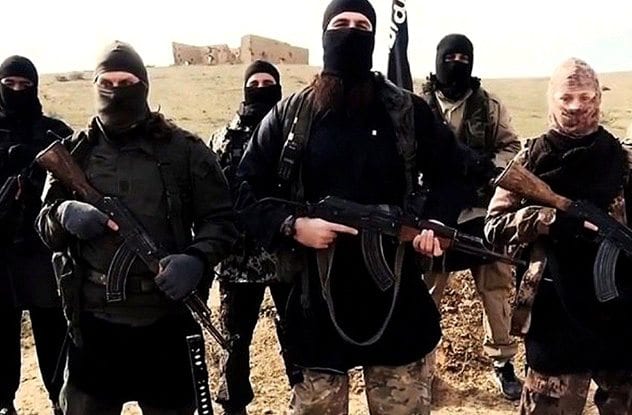 Above all, though, terrorists just want us to be scared. They view their war against the West as justified under sharia law—an eye-for-an-eye. “Whoever has destroyed our villages and towns,” Bin Laden said, “then we have the right to destroy their villages and towns.”

Even if that doesn’t lead to anything, they’re happy just to make us feel afraid. El Sayyid Nosair, who tried to bomb the World Trade Center in 1993, said that he intended “to break and to destroy the morale of the enemies of Allah. And this is by means of destroying the structure of their civilized pillars.”

“Why do we fear the word ‘terrorist’?” Omar Abdel Rahman once asked. “If the terrorist is the person who defends his rights, so we are terrorists.” For him, defending his rights meant hurting the West in any way possible. “We must be terrorists and we must terrorize the enemies of Islam and frighten them and disturb them and shake the earth under their feet.”

According to Rahman, there’s only one way to frighten us. “Dismember their nation,” Rahman ordered. “Kill them wherever you find them.”