Dictators are easily some of the most hateable people in the world, and why not? History has shown us that most dictators have a tendency to do crazy things that would land the rest of us in an insane asylum. Yet being evil and crazy are exactly the two qualities dictators need to make them the ideal fodder for mockery and ridicule. And as we’ll see, it’s very satisfying to know that dictators do get humiliated in spectacular fashion from time to time.

10Mao Zedong Made Fun Of Khrushchev’s Inability To Swim 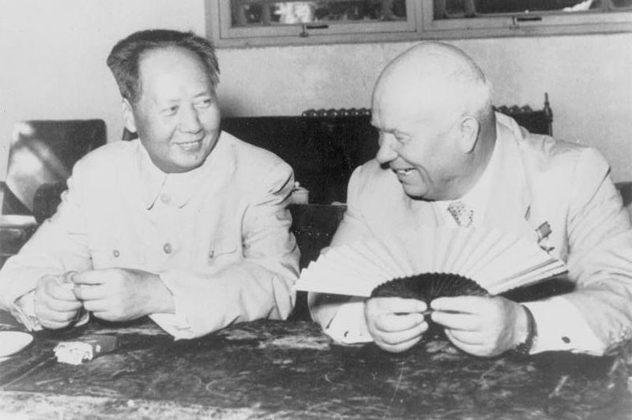 This seemingly petty feud between two dictators—which began in a swimming pool, of all places—would have been funny had it not almost caused a catastrophic war in the ’60s. Chinese Communist leader Mao Zedong, angered by the cold treatment afforded to him by Stalin and the Soviets when he came to visit their country in 1949, saw the perfect opportunity for revenge when Stalin’s successor Nikita Khrushchev went to Beijing for a state visit in 1958.

Knowing that his Soviet counterpart didn’t know how to swim, Mao arranged for the two leaders’ meeting to be held in a swimming pool. As could be expected, the sight of Khrushchev wading in shallow water made him look impotent next to a vigorously swimming Mao. To make things worse, the Chinese leader coaxed Khrushchev into deeper water, forcing the latter to wear a flotation device that made him look even more foolish. More petty acts of trolling between the two parties would follow after this, all nearly culminating in a declaration of war.

Mock your own dictator today! Pledge your allegiance with this hilarious Having A Communist Party T-Shirt at Amazon.com! 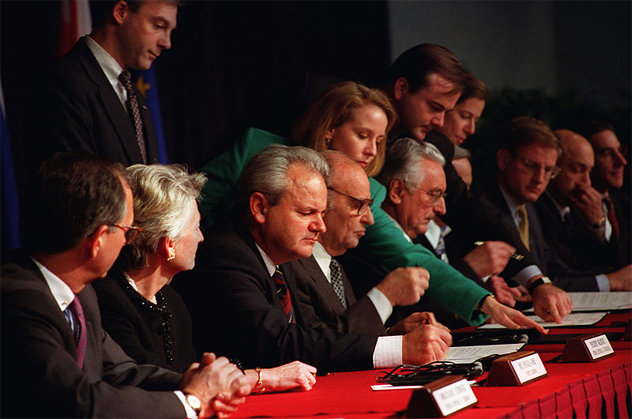 To ensure that the late Serbian leader Slobodan Milosevic would never rise from the dead, a freelance vampire hunter went to his final resting place and drove a stake through his corpse in 2007. Milosevic was known worldwide as the Butcher of the Balkans for his bloody, decades-long rule. He died in March 2006 while on trial for war crimes. The vampire hunter, Miroslav Milosevic (unrelated to Slobodan), conducted the bizarre ritual on the dictator’s remains due to local beliefs that a suspected vampire’s evil spirit can return to Earth a year after his death in order to exact revenge upon the living.

Using a local vampire-hunting almanac as a ritual guide, Miroslav went to the dictator’s grave and affixed a massive hawthorn stake through his heart. He later gave himself up to the authorities, satisfied that he had accomplished his mission of making sure Milosevic never returned to haunt them again.

As a form of protest against the authoritarian regime of the heavy-handed Belarusian President Alexander Lukashenko, activists from the Swedish PR firm Total Studio flew undetected near the capital city of Minsk in July 2012 and parachuted hundreds of teddy bears containing pro-democracy messages. After some initial denial, the Belarusian government finally acknowledged the incident two weeks later, with an embarrassed Lukashenko subsequently ordering the arrest of two journalists who had documented the event, as well as a border guard who had failed to stop the plane.

Lukashenko also fired his foreign minister and two generals, and even had state security summon the perpetrators to Belarus, an invitation which was, of course, turned down. In the aftermath, Swedish-Belarusian relations suffered greatly, with both countries recalling their respective ambassadors. Although normal relations would resume a year later, the stunt cemented Belarus’s standing as an international pariah.

7A Ceremonial Hex On Hitler 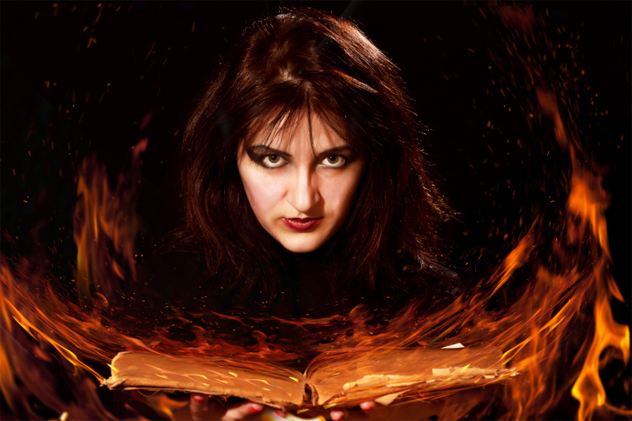 Although we’ve already pointed out several instances where Hitler found himself the object of ridicule, this one takes the cake. On the night of January 22, 1941, a group of partygoers in Maryland gathered together in a cabin in the woods and performed a voodoo-like ritual on the Fuhrer. Joined by the famed occultist and noted cannibal William Seabrook, the partygoers brought along Hitler’s effigy—a dummy dressed in a Nazi uniform—as well as drums and plenty of alcohol.

During the ceremony, the participants drove nails into the Hitler dummy’s heart and windpipe and called on a deity to transfer all the wounds to the real one. The ceremony finally ended when they beheaded the dummy and buried the body in the forest. Unfortunately, the ritual did not work because, as we already know, only someone as evil as Hitler could kill Hitler. Still, it’s one curse that we wish had really come true.

This chant, which began in Ukraine’s soccer stadiums, has since become a national rallying cry for Ukrainians who are angered by Russia’s seizure of the Crimean Peninsula in February 2014 and its subsequent support of pro-Russian separatists. It has also spread around the world like wildfire, with each place coming up with its own version. Roughly translated, the phrase means “Putin is a d—head.”

Back in Ukraine, the expletive—one of the most vulgar and obscene in the Russian language—has also enjoyed an unprecedented acceptance among people not prone to such terms, including women and children. Its popularity was highlighted when Ukraine’s interim foreign minister Andrii Deschytsia blurted it out in front of a crowd of protestors threatening to attack the Russian embassy. Although his Russian counterparts were less than amused by his speech, Deschytsia explained that he only said it to defuse the tense situation. 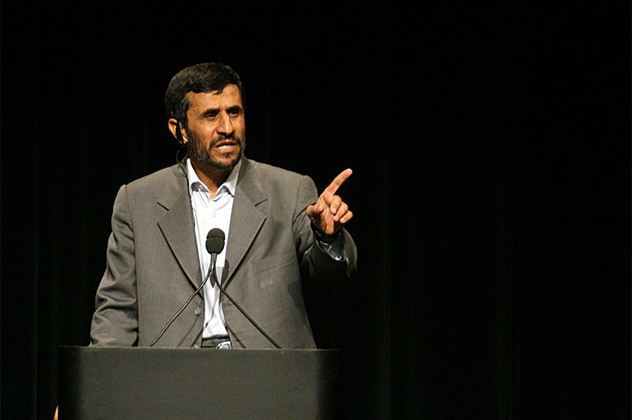 Columbia University President Lee Bollinger knew that he would be courting controversy when he invited Iranian President Mahmoud Ahmadinejad in September 2007 to give a talk at the university in New York. Although some felt that the infamous conspiracy theorist who was so hated by everyone at the time—including Al-Qaeda—should not be allowed to speak, others (including Bollinger) felt that he had a right to be heard, no matter how bigoted and crazy he sounded.

However, far from being lenient with Ahmadinejad, Bollinger set the tone for the talk by introducing the president as someone who had “all the signs of a petty and cruel dictator” and concluded that all his crazy beliefs and his regime’s treatment of its own people made him look ridiculous to everyone. To Ahmadinejad’s credit, he rolled with the program and then went on his usual rant about politics and religion. Of course, the audience members also practiced their right to free speech by booing and heckling him during and after his speech.

4Hermann Goering’s Boast Came Back To Haunt Him 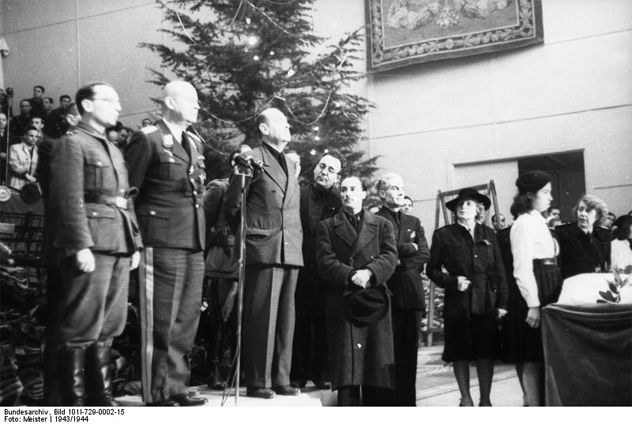 Hitler’s right-hand man, Hermann Goering, must have forgotten that old adage about not counting your chickens before they’re hatched when he famously boasted that Allied planes would never bomb Germany. If they did, he said, he would let the German people may call him “Meyer”—a common Jewish name and a surefire insult to an Aryan. To be fair to Goering, his statement came in 1939 when the Luftwaffe still controlled the skies.

As fate would have it, Allied planes did bomb Germany, with raids becoming more frequent as the tide of war slowly turned against the Axis. Air raid sirens became known as “Meyer’s trumpets,” renamed by frustrated German citizens who also jeered Goering with calls of “Meyer” whenever he visited areas that had been bombed by the Allies. Goering’s statement would haunt him to the very end, as during his subsequent incarceration by the Allies, a reporter asked him to comment on his boast. He blushed and kept quiet.

Learn more about this insidious power figure in the Nazi regime. Buy Goering: The Rise and Fall of the Notorious Nazi Leader at Amazon.com! 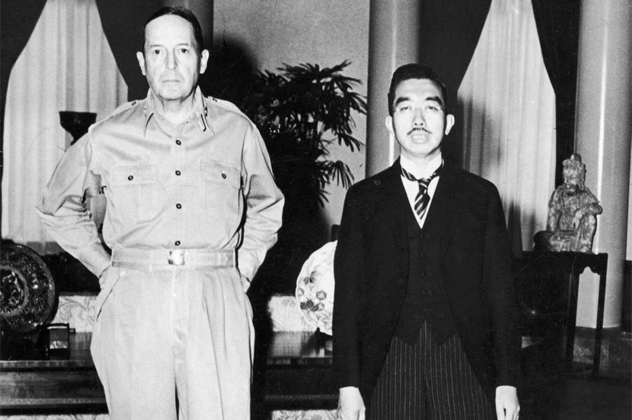 To the casual viewer, this iconic 1945 photo of MacArthur and Hirohito posing together may mean nothing, but for the Japanese public at the time it signified once and for all that MacArthur—who towered over the diminutive emperor—was the boss. Although MacArthur decided to spare Hirohito’s life (and allowed him to escape unpunished for his country’s atrocious war crimes), he nonetheless endeavored to turn the emperor into a mere mortal in the eyes of the Japanese.

During his stay in post-war Japan, MacArthur never paid a visit to the palace, preferring instead to make Hirohito come to him—to the great disbelief of traditionalists. The picture itself sparked a lot of controversy as well; the Japanese public was shocked by a very casual-looking MacArthur posing beside a noticeably stiff Hirohito. That would not be the most humbling incident for Hirohito, however—the following year, MacArthur made him recite the Ningen Sengen (Humanity Declaration) to renounce his divinity.

2Kim Jong-un Almost Became The Time Person Of The Year 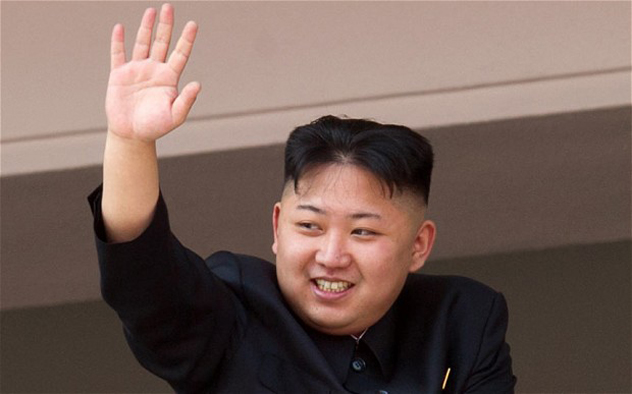 The young leader of the reclusive state of North Korea almost became Time’s Person Of The Year in 2012, and it’s all thanks to a bit of hacking done by the notoriously mischievous message board 4chan. The group rigged the online polls and handed Kim more than 5.5 million votes, giving him a three-million-vote lead over second-placer Jon Stewart.

They also made it so that the first letter from each candidate’s name read “KJUGASCHAMBERS” (KJU Gas Chambers). Of course, the editors snubbed Kim and instead picked Obama for a second time. Although Kim did not win the award, he must’ve been consoled by the fact that, in the same year, the satirical paper The Onion gave him the “Sexiest Man Alive” award—a story which Chinese media reprinted as fact, to the amusement of the rest of the world. 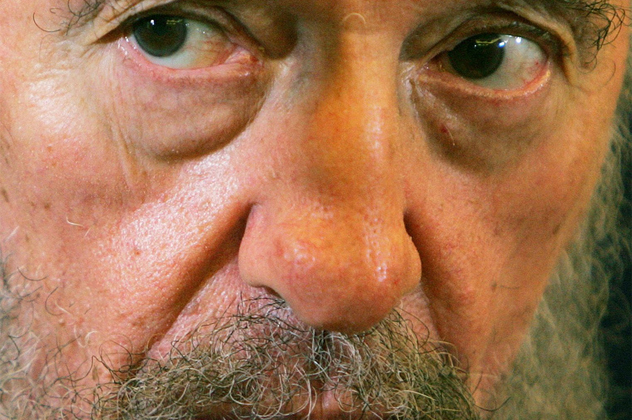 In what could only be a prankster’s wet dream, two Miami DJs somehow managed to prank two world leaders of countries on less-than-friendly terms with the West. In January 2003, the perpetrators, Joe Ferrero and Enrique Santos, successfully connected with Venezuelan President Hugo Chavez’s phone line and and played pre-recorded clips of Cuban leader Fidel Castro, making Chavez believe that he was really talking to his ally. After a while, the two DJs revealed themselves to Chavez and began deriding him for his crimes.

Five months later, the duo did a reverse and targeted Fidel Castro. Making another successful connection yet again, the pranksters this time used Chavez’s voice to fool the Cuban leader. Following a short conversation, the two DJs exposed their prank and were vigorously cursed at by Castro before he hung up the phone. In the aftermath, the FCC fined the radio station $4,000, a penalty which we can only assume was totally worth it.