Remember, on your next jog, there is a probably a predator watching—and waiting. 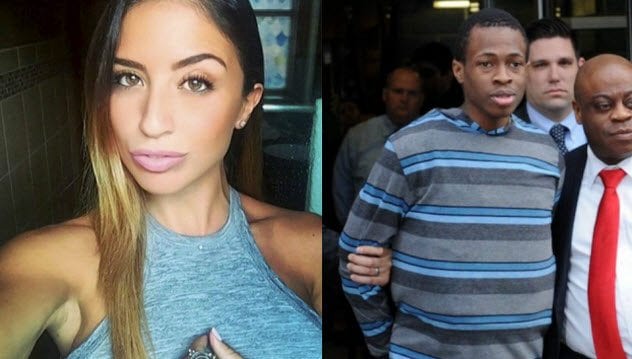 In August 2016, a Queens woman was murdered on her evening jog around the Belt Parkway. At 10:30 PM, Karina Vetrano’s father found her remains in a marshy area near Howard Beach.

Vetrano, 30, had been beaten, strangled, and sexually assaulted. She put up a struggle against her attacker. Investigators discovered DNA under her fingernails, on her back, and on her cell phone. There was no match in the database.

On February 5, 2017, New York prosecutors charged Chanel Lewis, 20, with the murder. A Brooklyn resident, Lewis had no criminal history. He willingly submitted a DNA sample during his interrogation, and it matched the trace material on Vetrano’s corpse.

The unemployed man admitted to killing Vetrano. “I was angry,” he said. “I had some issues at home. When I saw her, I just hit her and kept hitting her. I hit her and choked her.” Despite his statements about assaulting Vetrano, Lewis refused to take responsibility for the rape. 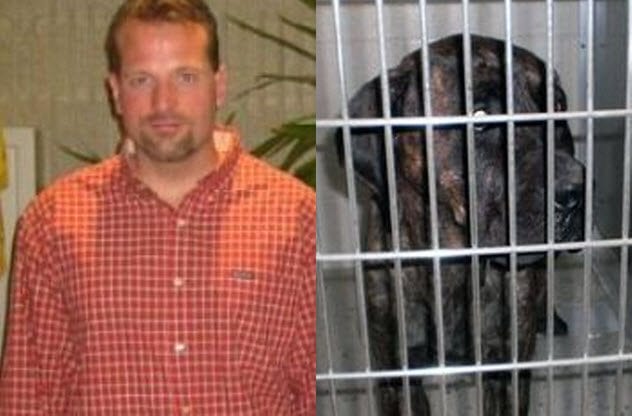 Craig Sytsma survived cancer, but a jog laid him low. In July 2014, two dogs mauled the 46-year-old metallurgist as he ran along a rural road. The cane corsos were loose and known to be extremely aggressive.

Michigan prosecutors charged their owners, Valbona Lucaj, 44, and her husband, Sebastiano Quagliata, 45, with second-degree murder. It was the first time that dog owners in Michigan had been charged for a fatal mauling.

On July 14, 2015, Lucaj and Quagliata were sentenced to five years in prison. The judge acknowledged that neither intended for the mauling to happen, but he could not imagine a more “gruesome” death.

In a nation of over 75 million dogs, there are only about 30 fatal attacks in the US per year. Nationwide, there have been only five murder convictions for dog attacks since 1992. Sytsma’s mother revealed that he jogged to “keep the cancer away.” He felt more comfortable running in the country. 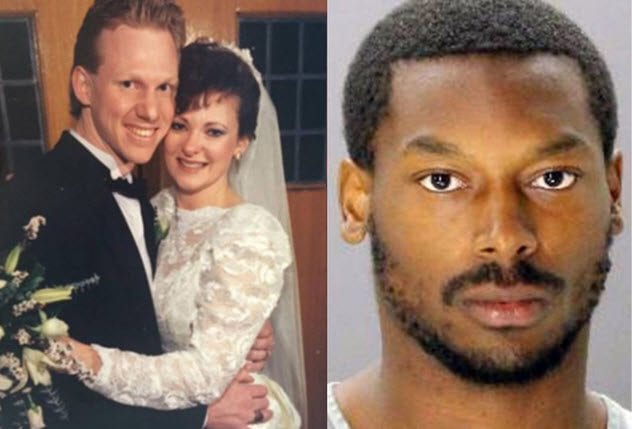 On October 12, 2015, a Dallas jogger was hacked apart by a machete-wielding ex–football player. Dave Stevens, 53, was running along White Rock Trail when he was ambushed and repeatedly stabbed. Thomas Johnson, 21, called 911 to confess to the crime.

Police charged Johnson, who revealed that he had chosen Stevens at random because Johnson was “angry about a situation.” Doctors diagnosed Johnson with schizophrenia in 2014, two years after he had dropped out of Texas A&M.

Stevens’s widow, 54, took her own life in November 2015. A physical therapist, Patti Stevens, had been married to Dave for 25 years. On October 19, 2015, she revealed the depth of her sadness to the Dallas Morning News. “Dave was the love of my life,” she said, “and I am lost without him.”

During a welfare check, deputies discovered Patti on the floor of her garage next to a running car. 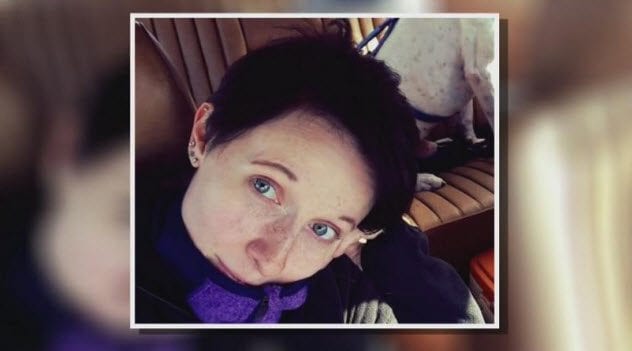 In July 2016, a jogger was gunned down on a rural road in Michigan’s Oakland County. A nurse at Providence Park Hospital, Ally Brueger, 31, ran the same 16-kilometer (10 mi) route every day. Typically, she would wear headphones and mind her own business.

Brueger was running along Fish Lake Road in Rose Township when she was shot multiple times. She collapsed on the front yard of a nearby house, where the inhabitants called 911.

Michigan State Police are still searching for a suspect in this case. While they typically receive up to 700 tips on a murder investigation, Brueger’s slaying has elicited only 70.

Investigators are still searching for a light-colored, four-door sedan that was spotted on Fish Lake Road between 2:00 PM and 3:00 PM the day Brueger was murdered. Although authorities have little to go on in this case, they believe that Brueger knew her killer. 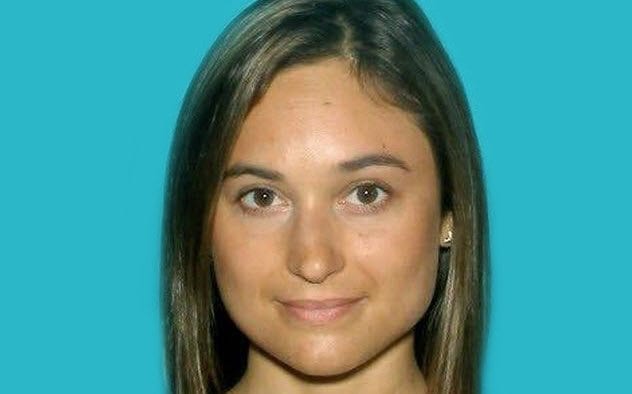 In August 2016, a New Yorker was murdered while on a jog in Princeton, Massachusetts. Around 1:00 PM, Vanessa Marcotte, 27, set off on a jog. Hours later, her family reported her missing.

At around 8:00 PM, her remains were recovered in a wooded area. She was naked and partially burned. Investigators revealed that she had been sexually assaulted and then set on fire.

A Boston University grad, Marcotte was a Google account executive. A neighbor revealed that the wooded area along Marcotte’s run provided excellent cover for the killer to ambush and drag her quickly out of sight.

Investigators believe that Marcotte may have injured her attacker. Foreign DNA was found on Marcotte’s remains. However, authorities have not been able to match the DNA to anyone in the database. They are also searching for an SUV that was in the vicinity at the time of the murder. 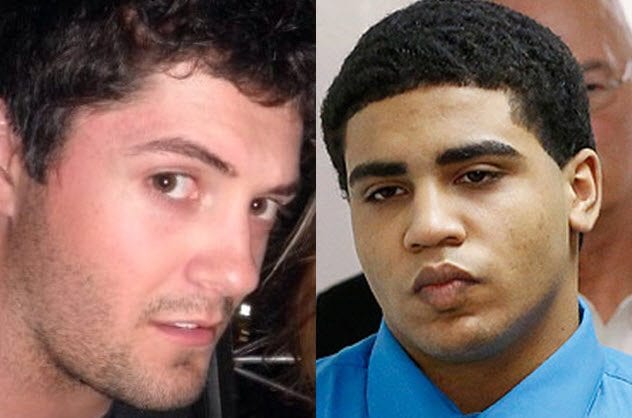 In April 2015, an Oklahoma teenager was found guilty of murdering a jogger. Chancey Luna, 17, shot and killed an Australian baseball scholarship student on a run. The prosecution alleged that he had pulled the trigger. The defense insisted that he only meant to scare 22-year-old Christopher Lane.

Michael Jones, 19, the driver, pleaded guilty to second-degree murder. He is serving a life sentence with the possibility of parole. James Edwards, 17, received a charge of accessory after the fact for testifying in Luna’s trial.

In June 2015, an Oklahoma judge sentenced Luna to life in prison without parole. The teens revealed that they had murdered Lane because they were bored.

The appeals court rejected the judge’s decision of life without parole. Instead, the appeals court decided that the “juvenile’s chronological age and its hallmark features—among them immaturity, impetuosity, and failure to appreciate risks and consequences” were not taken into account during sentencing. 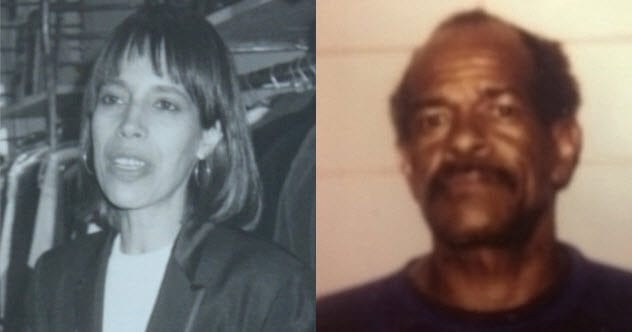 On September 17, 1995, a Brazilian immigrant was savagely murdered while she trained for the New York City Marathon in Central Park. Police revealed that Maria Isabel Pinto Monteiro Alves, 44, had been killed by a blunt object—perhaps a baseball bat or a pipe.

The police developed a suspect named Aldopho Martinez. He was a can collector and drifter with previous arrests, including one for rape. However, he was never charged.

After the 2016 murder of Queens jogger Karina Vetrano, Lieutenant David Nilsen reopened the Alves cold case. The 1995 investigation was basically solved: Martinez was the murderer. He went to Central Park on the day of the murder and returned with blood on his hands.

Nilsen explained: “His mental stability was not of great standing and neither were some of his witnesses, and that played a role in the difficulty of prosecuting.” Martinez had died of tuberculosis in the late 1990s. 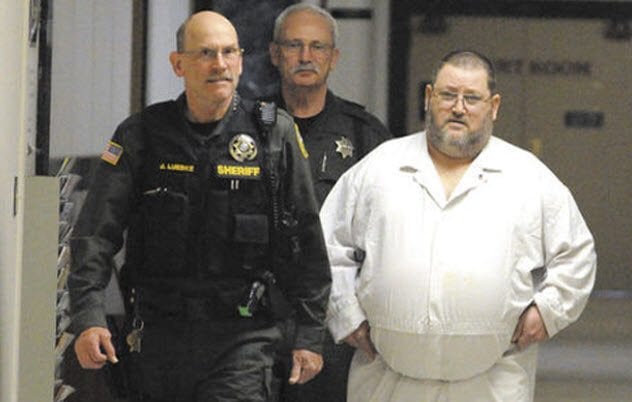 On December 24, 1978, Kaye Turner, 35, left for a jog while spending Christmas at Camp Sherman, Oregon. She never returned. The following year, her remains were found in the woods.

State highway worker John Arthur Ackroyd became a person of interest in the case. However, he remained a free man until the 1990 disappearance of his 13-year-old stepdaughter, Rachanda Pickle, which returned attention to the Turner case. In 1993, Ackroyd was convicted and sentenced for Turner’s murder.

In November 1993, Roger Dale Beck was also convicted of Kaye Turner’s murder. Beck and Ackroyd had worked together for the highway department. Beck’s ex-wife, Pam Beck Ramirez, revealed that Roger had threatened her with the same fate as Turner if Pam did not lie to the police. Pam also claimed that Roger often bragged about Turner’s murder—especially when drunk.

In December 2016, Ackroyd was found dead of natural causes in his cell at Oregon State Penitentiary. 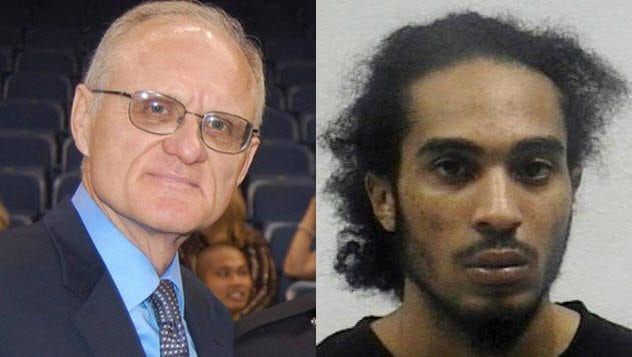 On May 13, 2012, a 60-year-old jogger was gunned down in Raytown, Missouri. Before dying, Harry Stone revealed to an anesthesiologist that two black men with dreadlocks had shot him from a passing car.

For years, the case remained unsolved. Investigators desperately scoured the area for a dark, four-door car and its passengers who had opened fire without reason. Their break came in 2015 when police discovered the murder weapon, a Glock handgun, in the glove box of another car involved in an accident.

Police arrested Craig Brown, 24, and charged him with second-degree murder for Stone’s slaying. Brown had worn his hair in dreadlocks at the time of the murder. Investigators have not established a motive.

Ballistic analysis revealed that Brown’s gun was the weapon used to kill Stone. Waiting to be crushed at a Kingville junkyard, the vehicle used in the murder belonged to Brown’s girlfriend at the time of Stone’s slaying. 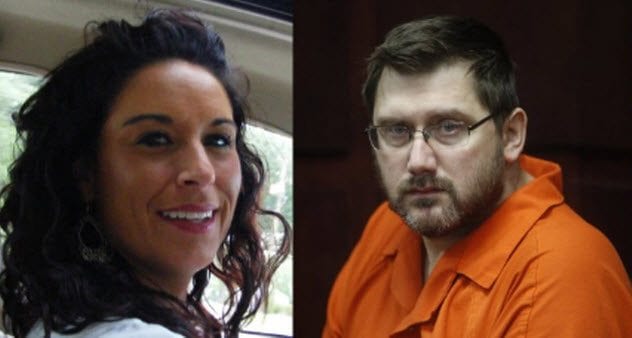 On June 29, 2014, a jogger was discovered dead in Dalton Township, Michigan. Investigators revealed that Rebekah Bletsch, 36, had been shot in the head around 6:00 PM that day. Police discovered shell casings that proved instrumental in solving the case.

Michigan authorities charged Jeffrey Thomas Willis with Bletsch’s murder. Police seized a .22 caliber gun from his minivan, which matched the bullets discovered in the jogger’s body and the shells at the scene.

In April 2016, Willis was arrested after kidnapping a 16-year-old girl at gunpoint. He was already in jail for kidnapping, assault with a dangerous weapon, and felony firearm charges when he was hit with the murder charge. Willis’s arrest warrant was paired with warrants for child pornography.

Willis had no known connection to Bletsch. Investigators have not yet established a motive for the killing, other than Willis being a “sick individual.” The 16-year-old abduction victim cracked the Bletsch case.

Dubbed the “Indiana Jones of folk music” by TimeOut.com, Geordie McElroy has hunted spell songs, incantations, and arcane melodies for the Smithsonian, Sony Music Group, and private collectors. A leading authority on occult music, he is also the singer of LA-based band Blackwater Jukebox.