Thanks to modern technology, the life of one ancient European is being followed like no other. Otzi is the oldest preserved human ever found and the best-studied. Despite his near superstar status and having been examined for countless hours, the 45-year-old continues to churn out remarkable information about the weather, genetics, migration, and the true sophistication of his people. Murdered 5,300 years ago, Otzi was found in the Italian Alps in 1991, and he’s been telling his fascinating story ever since.

10 He Was Possibly Sterile 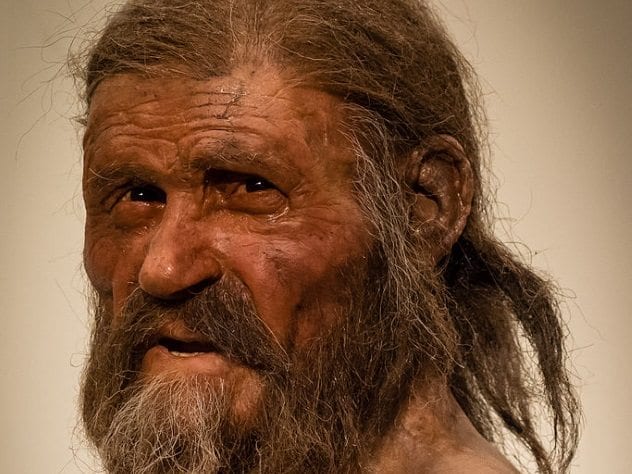 The Copper Age citizen’s genes have revealed much, but perhaps one of the most surprising is that Otzi was likely infertile. Without traveling back in time, one cannot say for certain if he had a family or not, but researchers found indicators of infertility in his genes in the mid-2000s. While investigating his intestines, researchers extracted mitochondrial DNA (mtDNA). Passed on exclusively by the mother, mtDNA sequences contain two areas that have been connected to male infertility. Otzi had both.

The tests also revealed more about the Iceman’s maternal line. Remarkably, he was the first person ever discovered to belong to a previously unknown subcategory of the K haplogroup. A haplogroup can be said to indicate which geographical areas or continents were settled by early humans. Rare among Europeans, K means that that Otzi’s mother’s family likely came from south of the Alps or the Otztal region to the north. 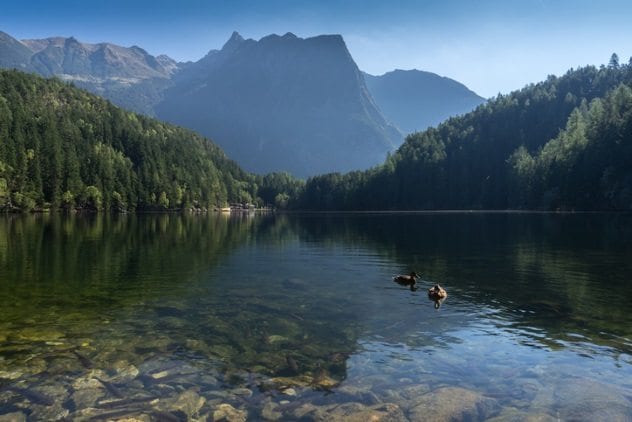 Otzi is a unique sort of weather report. The mummified man lay in icy conditions for five millennia and accumulated valuable information about a little-known warm period. By studying the corpse’s age and condition as well as its surroundings, glacial movements could be tracked. About 6,400 years ago (over 1,000 years before the Iceman died), the region enjoyed warm and fertile conditions, as noted in soil samples.

At the time of Otzi’s murder, however, a notable change in the climate occurred. His body was entombed in ice very suddenly, marking a rapid shift in temperatures. The cold fed the growth of mammoth glaciers that lasted for 5,000 years. Around 1970, these majestic formations began to retreat and have continued to shrink at an unprecedented speed in recent years. This great melt exposed the body, which was found by a hiking couple. The warm era, which lasted several centuries, would not have been known about if it hadn’t been for Otzi’s grave site. 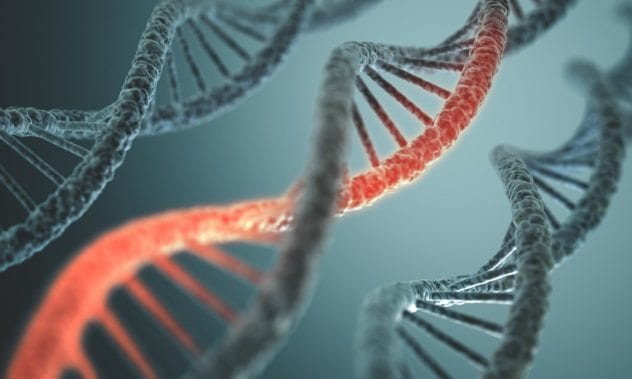 In 2017, Otzi and a friend (a mummified soldier from World War I) took part in groundbreaking genetic research. Curious to know if a newly documented kind of biomarker remained in ancient tissues, researchers took to the pair of long-dead men. A biomarker is valuable to the medical world because it’s a biological trait that reveals information about a person’s health or conditions. The new kid on the block, ribonucleic acid molecules, or microRNA, is also the most popular with health professionals, since it tends to remain very stable. Messed up or damaged markers are useless.

With difficulty, a team of university professors took samples from Otzi’s skin and stomach. Incredibly, in both the soldier and in the Iceman, the microRNA was present and stable. Even though some genetic markers common today are missing in Otzi, mircoRNA’s ability to survive thousands of years has been proven. The molecules’ full abilities are yet to be fully understood, but researchers already hail them as the next step in therapeutic science. 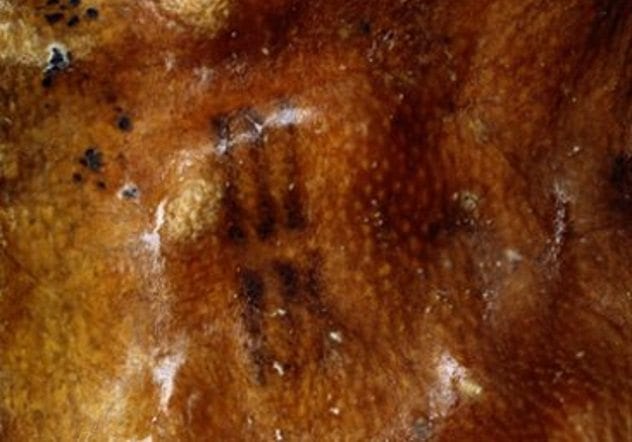 Otzi had his own brand of therapy. Over the course of 20 years, various studies compiled a painful list of the medical conditions that plagued him. Just some of them include Lyme disease, gallstones, gum disease, arteriosclerosis, and a whipworm infestation in his colon. Investigators had previously theorized about a link between these illnesses and tattoos found in 19 groups all over his body. More specifically, they wondered if they represented a prehistoric type of acupuncture. In 2015, new scans found previously unknown markings, bringing the total amount of individual skin art up to 61.

The tattoos weren’t images but crosses and lines, most likely made by rubbing charcoal into skin incisions. Around 80 percent are located along acupuncture lanes connected to back and stomach problems. Otzi’s ailments would have caused pain in those areas. The newest tattoos, four closely packed lines, hug his lower right ribs, and an acupuncturist who studied them confirmed that the location fitted with the treatments for gallstones and whipworms. If acupuncture was a thing during Otzi’s lifetime, it beats China’s earliest records of the treatment by 2,000 years. 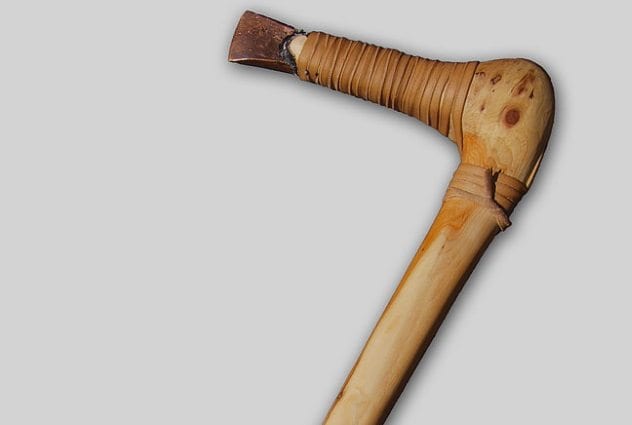 When a valuable copper ax was found among Otzi’s possessions, it set scientists down a path of corrections and unsolved questions. It had been assumed that the metal came from the Alpine region, but tests in 2016 proved the ore to be from Southern Tuscany in Italy. The results were surprising and unexpected. What was the ax doing in Otzi’s possession? Did he own it, or was he a trader? If he was on a mission to trade the weapon, researchers wonder if it was normal for people from the South to travel so far into the Alpine region and vice versa.

During testing, another long-standing debate was put to rest. Elevated levels of arsenic and copper in Otzi’s hair led to the assumption that he’d perhaps forged the weapon himself, inhaling the chemicals during production. However, examination of other areas where metal contamination would show (nails, organs and skin) revealed that they were clear, except for a slightly above-normal arsenic measurement in his nails. High copper levels were only in Otzi’s extremities and not within the body. This makes it highly doubtful that he was a coppersmith. 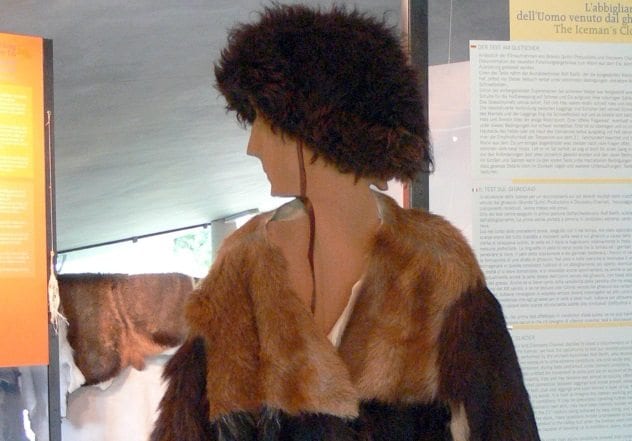 When Otzi’s remains were found, his true nature wasn’t obvious. The climbers who found him thought he was an unfortunate hiker, and researchers declared him a primitive shepherd. As investigations progressed, a very different picture emerged. Otzi would fit in more comfortably with today’s soldiers than lamb-carrying farmers. His weapons included a flint dagger, a yew longbow, arrows, and the copper ax. Yew bows were the high-tech weapons of their time and would give the English army an edge in battle thousands of years later.

Otzi also had a framed backpack, fire-making equipment, preserved food, and a first aid kit packed with powerful herbs. The well-armed man was also found with a wardrobe as effective as the modern fleeces and anoraks preferred by the military and mountaineers. He wore triple-layer animal hides, a bearskin hat, a grass cape, and grass-insulated leather shoes. Far from being a caveman in a loincloth, Otzi knew how to exploit natural resources in an expert manner. 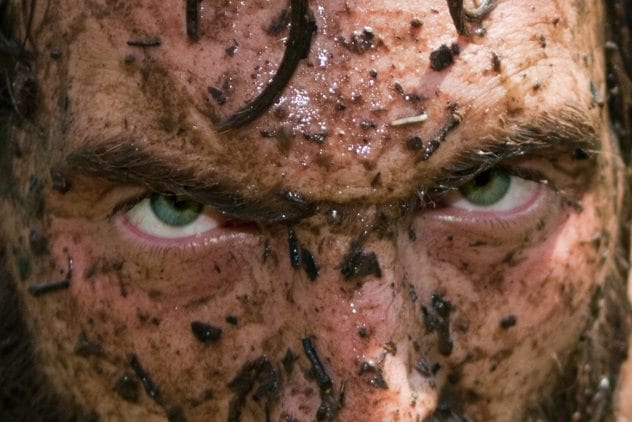 The killer of the Iceman didn’t have it easy. Blood found on Otzi in 2003 showed that something violent occurred in the days leading up to his death—and that he was the one doing the slaughtering. DNA samples taken from the mummy’s tools, weapons, and clothing indicated human blood from four individuals, excluding Otzi.

An arrowhead had traces of two people’s blood, hinting that Otzi shot one person, retrieved the precious point, and then killed another with the same arrow. A third person’s blood stains the Iceman’s knife. On the left of his goatskin coat, a fourth person’s blood was identified. What happened to this person is unclear. The others met with the wrong side of Otzi’s weapons, but scientists speculate that the final individual was perhaps a wounded companion he tried to drag to safety.

3 His Final Journey Was Epic 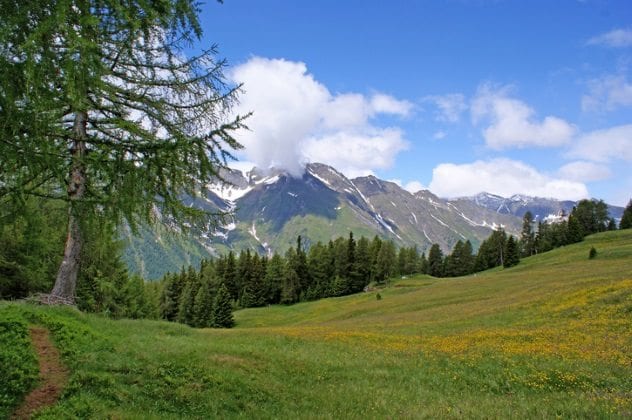 During the last days of his life, Otzi covered a great deal of difficult terrain. Despite his physical ailments, he was fit. Researchers tracked his progress thanks to an unlikely little helper: moss. Two species possibly found their way into his gut through his eating habits. Hymenostylium recurvirostrum flourishes in wet places, and Otzi probably drank it at a water source. Otzi’s last meal of red deer and ibex meat was likely wrapped in fan moss, and he ingested bits that way.

But the most unexpected find was Sphagnum imbricatum. Better known as bog moss, it was used to dress injuries as recently as World War II. Highly absorbent, the plant is also antiseptic and antibiotic. Otzi had a deep slash on his right palm. Researchers believe he used the bog moss like a dressing and unknowingly consumed some while eating or drinking. Incredibly, during that time, the moss grew 20 kilometers (12 mi) south of where he died. Otzi descended from high in the Alps to the lowlands, collected the bog moss, and then traveled back to the highlands. Lasting two to three days, he covered almost 60 kilometers (37 mi). 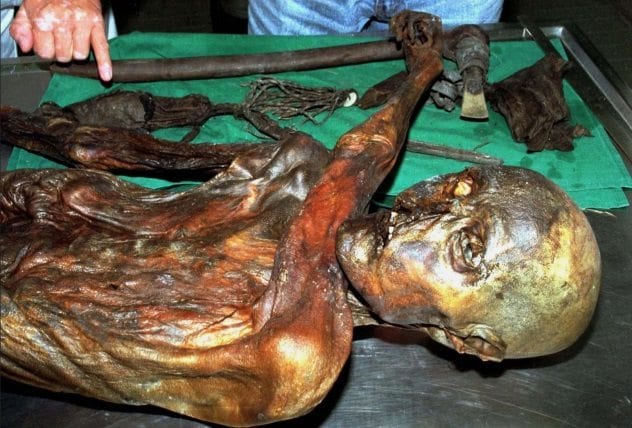 Nearly every expert involved in the Iceman investigation admits that the story surrounding his murder will never be fully known. However, there are enough clues to understand the basics. Otzi had been involved in a prior battle, as the hand injury and the blood of the four people showed. The palm wound, which is consistent with a defensive move, was the only injury found that occurred days before he was killed. Scientists and police investigators feel that Otzi wasn’t the loser in this battle and incurred the wrath of somebody who didn’t want a close encounter.

In 2001, an arrowhead was discovered in Otzi’s left shoulder. On-site investigations concluded that shortly before being struck, Otzi felt safe. He rested and enjoyed a good meal. The assassin shot Otzi from a long distance away. Most studies agree that the Iceman bled to death where he fell. The motive wasn’t robbery; Otzi was a prize catch for looters, carrying medicine, food, valuable clothing, and weapons. However, everything was left untouched. It’s likely the attack happened because of a personal grudge and that the killer left Otzi alone once he was dead. 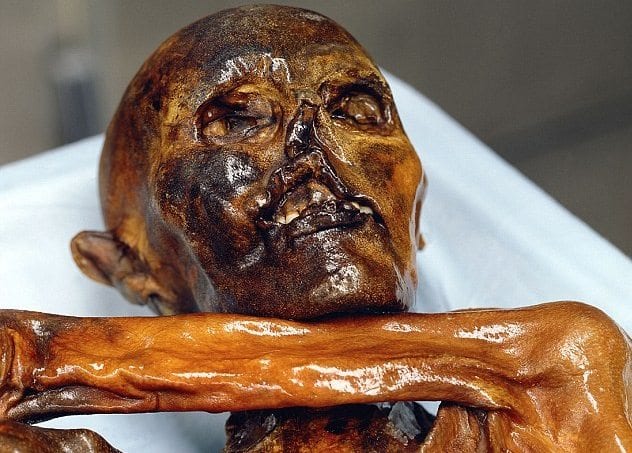 A 2010 study suggested that the Alpine border where Otzi’s body was found is a burial ground, not a murder scene. The research claims that certain puzzling facts make sense if he’d died elsewhere before his corpse was taken high up into the mountain pass and ritually buried—months after he was murdered. Pollen found inside the mummy belonged to spring-flowering species, the season he died, but pollen in the ice hints that he was placed in the pass during late summer. Calculating the progress of Otzi’s personal items down the slope over the years, researchers backtracked the body’s original “grave,” a nearby rock platform.

Other researchers don’t agree with the findings of possible relocation and burial and that he was perhaps a high ranking member of a local community. The doctor who carried out the first autopsy feels that Otzi’s famously twisted arm occurred at death and would have been straightened out for a village elite. All human settlements existed far below. It would have required a sorely dedicated group to walk such a great distance just for a funeral.