Criminals have always been superstitious. It was once a custom for burglars to go as far as to deliberately leave a footprint or a few drops of blood behind as a sort of twisted sacrifice. Other criminals would carry lucky objects on them to prevent their capture.

While some people used the help of superstitions to commit a crime, others committed the crime because of their superstitious beliefs. This led to innumerable innocent people being murdered. 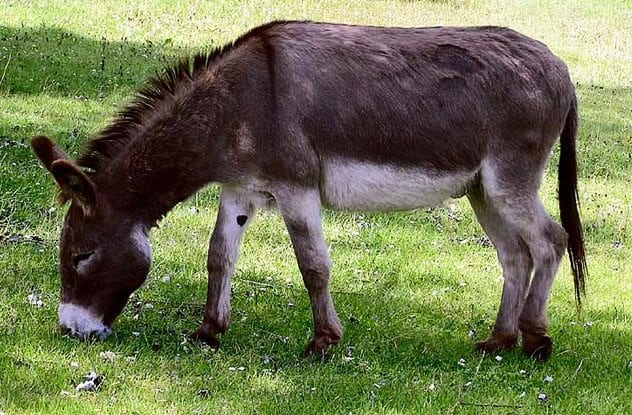 Three Bretons stepped out of a bar one night in 1912 and saw a donkey on the road. The donkey appeared to be waiting for them and even spying on them. Paranoid and no doubt a bit drunk, the men believed that the donkey was really the local priest. According to local superstition, the priest could turn himself into a donkey on special feast days.

The men walked up to the donkey and shouted, “We are not afraid of you!” The donkey brayed back at them and, in fear, the men killed the donkey.

The men were arrested and fined for their foolishness. 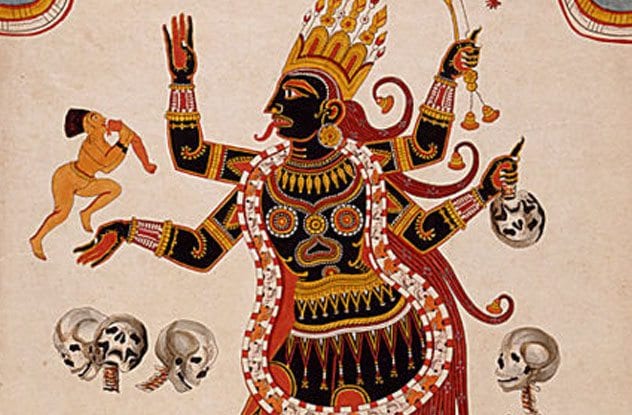 In Northern India, 1929, two brothers became gravely ill. They both believed that their illness was caused by the deceased wife of one of the brothers. To get rid of the vengeful spirit, they sent for the family priest and begged him for his help.

The priest recommended that the brothers sacrifice goats to the goddess Kali. The brothers, priest, and four goats went into the jungle to fulfill the sacrifice.

The brothers waited, but their sickness did not go away. Frustrated and angry, the brothers called for the priest again. This time, they took the priest and his assistant out to the jungle and beat them to death as their own gruesome sacrifice to Kali. The bodies were thrown into a well.

The brothers were arrested and found guilty of murder. 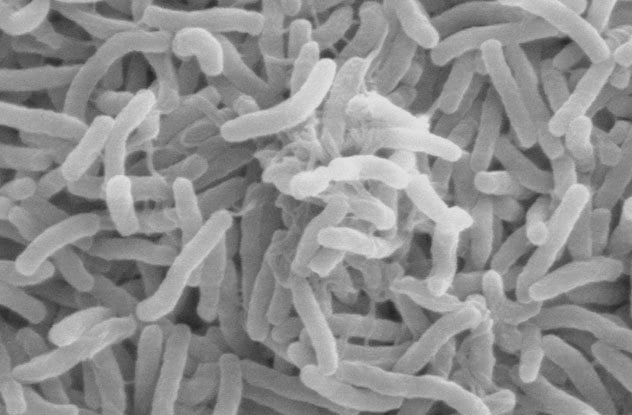 Cholera outbreaks were frightening. Over half of those who got it in southern Italy in the early 1900s would die from the disease. The people of Calabria, Italy in 1911 were told to take sanitary measures to prevent the disease. However, the epidemic grew worse, and soon there were people who claimed that the cleanly measures were the actual cause of the disease.

Lashing out against the new measures, the mayor and his family were murdered. A bulk of the population went into the mountains, where they lived side-by-side with their livestock. Those who remained behind drove out the Red Cross.

Troops had to be sent in to settle the population and get them to accept the new measures to stop the spread of cholera.

7Her Children Killed By Witchcraft 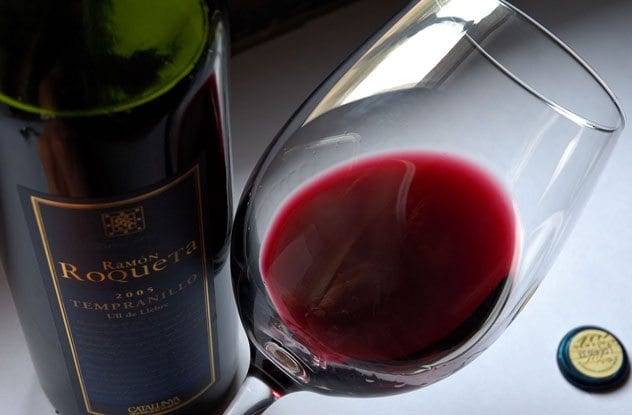 Female serial killers are rare in history, but when these women acted out, they always did it in a big way. In 1895, newspapers across the world reported on one of these deadly women. She lived in Catania, Sicily and believed her own two children died from the curse of witchcraft.

Lashing out at everyone, she began to systematically poison other people’s children. She mixed a poison with wine and gave it to them, causing them to suffer through an agonizing death.

Gaetana Stimoli was arrested and charged with the murder of 23 children.

6The Virgin Mary Gave The Okay 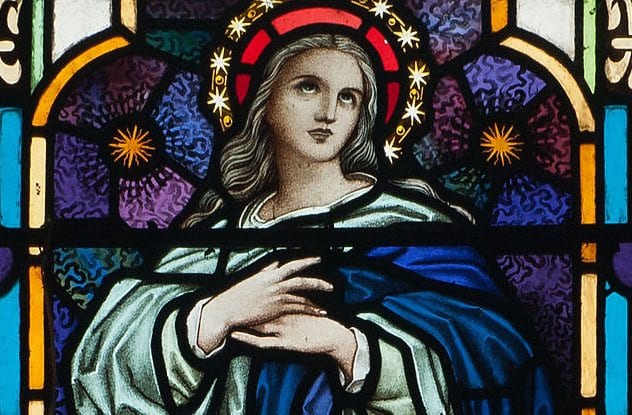 A strange tale hit the newspapers in 1911. Mary Anne Feeney of County Mayo, Ireland, went to the police and, while holding a statue of the Virgin Mary, she declared that she had killed a witch.

An investigation into the case revealed that Feeney beat the other woman with both the statue and a door bolt. Police found the beaten woman alive, but her injuries were severe. She died shortly afterward from shock and blood loss.

Numerous witnesses saw Feeney after the attack. One retold that Feeney, while holding the statue, said to him, “I have the old witch killed. I got power from the Blessed Virgin to kill her. She came to me at 3 o’clock yesterday and told me to kill her or I would be plagued with rats and mice.” 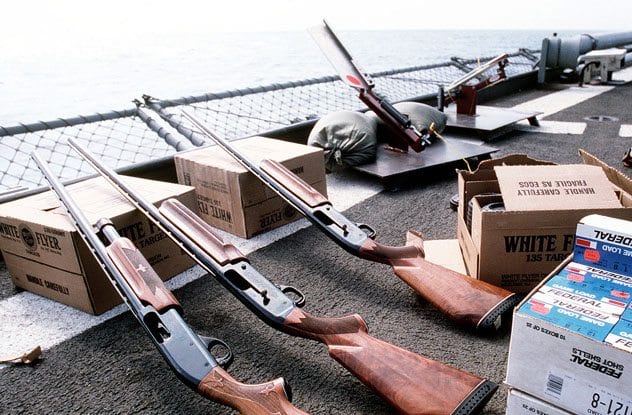 An Auckland man saw a strange figure one night in 1910. He called out to it but got no response. Thinking that the figure must be a ghost, he grabbed his gun and shot it. Unfortunately, he had killed a deaf, mute local man.

The superstitious man was arrested for murder. At his trial, he explained that he had never seen a ghost before, but he had heard stories about them and felt that the figure in the dark was a good likeness of a ghost. The jury accepted this explanation and the man was found not guilty. 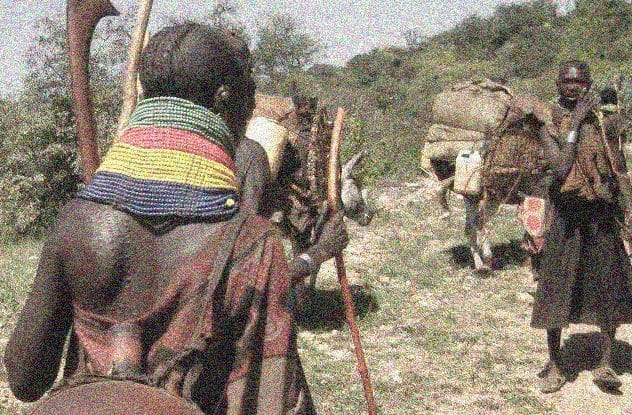 A British official in Uganda was murdered in 1905. According to the report, there were two deaths from smallpox, and the tragedy was blamed on British witchcraft. Of course, the only way to end the smallpox sorcery was to kill the British official.

Two Uganda chiefs hired another man to kill the official. After this was accomplished, the chiefs then murdered the murderer so that the whole affair and their involvement could be kept secret.

3Blood On The Railroad

A railway was being built through southern China, and in one village, rumors started to spread about the railway workers. It was being said that the workers were kidnapping villagers and sacrificing them. Blood was being spilt on the railways to appease the spirits over the building of the railroad.

The villagers grew so upset, according to a report in 1935, that they attacked and killed 16 railway workers. The workers were either beaten to death or they were drowned. One worker was strangled by wire.

The railway guards had to come and arrest four “ringleaders“ who started the rumors to resume work on the railway. 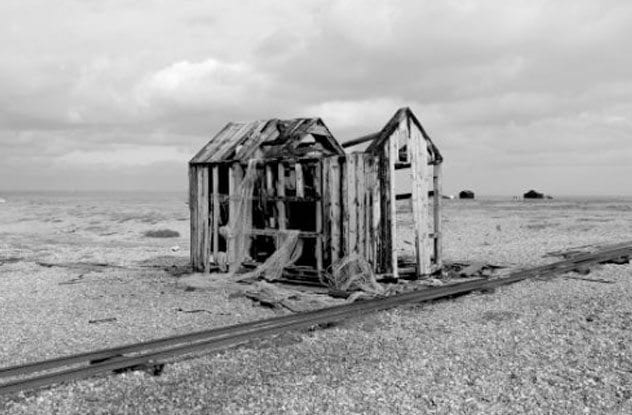 Predicting another person’s death is never a good thing, but to get it right is even worse. Back in 1887, New Zealand man, Noko, told a neighbor that he would die in three days. Sure enough, the neighbor died and locals believed that Noko had cursed the now deceased.

To prevent Noko from cursing anyone else, locals shot and killed both Noko and his wife. Their hut was burned to the ground, and all that remained were charred corpses.

It was later revealed that the village of 50 or 60 people were in agreement with killing Noko. They had only planned on killing Noko, but his wife woke up. Fearing identification, the murderers killed her as well. 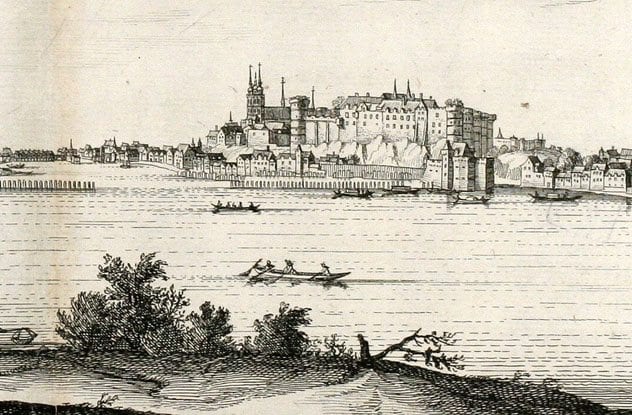 In December 1900, two young French men from Angers got it into their heads that their cattle died from the evil eye. They believed that a 72-year-old man was the culprit and were determined to put an end to the sorcerer.

As brutally as possible, the two peasants hit the old man with a stick until he was on the ground. They fell upon him with knives and stabbed him through the heart and nearly severed his head. The men claimed that this was the only way to make certain the sorcerer would not come back to life.

Surprisingly, the locals of Angers were on the side of the young men. Sorcerers had to be dealt with swiftly and brutally.