The absolute rulers of Russia took the throne in 1613 and left the throne in 1917. Since this powerful family ruled for three centuries, this time in history is now called the Romanov dynasty.

The imperial family had an extensive line of relatives who could take control of the throne. In 1918, after the Bolsheviks killed off the Romanovs, speculations began to rise. People started spreading rumors that not all the relatives had been executed that night in Yekaterinburg in the Ural Mountains.

Today, there are strong beliefs throughout the world that two Romanov kids escaped and that descendants from the Romanov bloodline may be living in the present day. 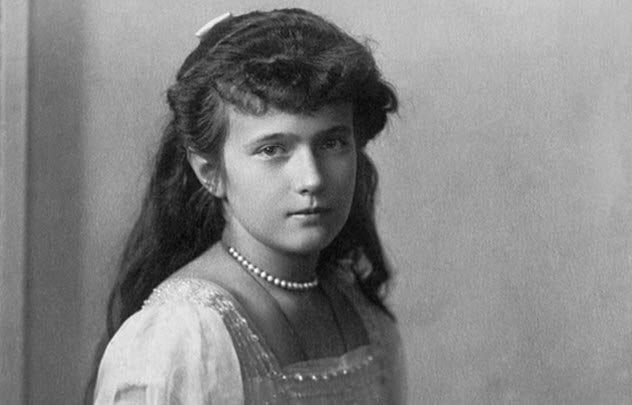 Anastasia Romanova was the youngest of Tsar Nicholas II’s four daughters. In 1918, when the Bolsheviks murdered the Romanovs, rumors started spreading that Anastasia might have escaped because they could not find her remains buried with the rest of her family.

Throughout the world, many people changed their identities to act like Anastasia. One famous impostor was Anna Anderson. Some people believed that she was Polish.

Anderson acted like Anastasia, which started rumors that Anastasia was alive. Many people also changed their identities to act like her brother or even her sister. This caused speculation to rise all over the world, especially among the Russian people.

Many people believed that siblings Anastasia, Maria, and Alexei—as well as the rest of Anastasia’s family—were still alive. After many years, several people discovered gravesites. Initially, it could not be confirmed whether Anastasia’s remains were in there. Many historians never knew for sure if the Bolsheviks killed Anastasia.

When discovered, Anastasia’s body was found in a hidden grave. Researchers and scientists needed to conduct tests to find out if these bones were, in fact, Anastasia’s. Forensic scientists then proved that Anastasia died like the rest of her family in 1918. Anastasia was properly reburied in 1998. 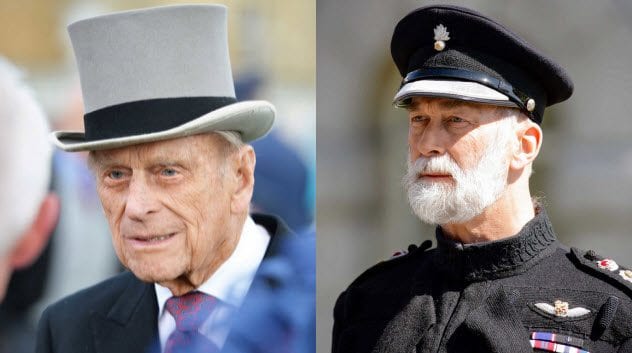 All around the world, there have been theories that the Bolsheviks buried two Romanov family members in a different area in Yekaterinburg. There is also speculation that the two children of the tsar’s family tried to escape the terror.

People have theorized that Prince Alexei and Princess Maria were the two relatives who could have escaped the flames and bullets. In 1976, a spot was found which contained the remains of the Romanovs. In 1991, after communism ended, researchers received permission from the government to reopen the burial site where the remains of the Romanovs had been left by the Bolshevik firing squad.

Scientists needed to do a DNA analysis for confirmation. They asked Prince Philip and Prince Michael of Kent for a sample of their DNA to compare against the DNA of the remains. Forensic scientists concluded that the DNA did come from the tsar’s family. The tests proved that the Bolsheviks buried Prince Alexei and Princess Maria at a different site, apart from their family. 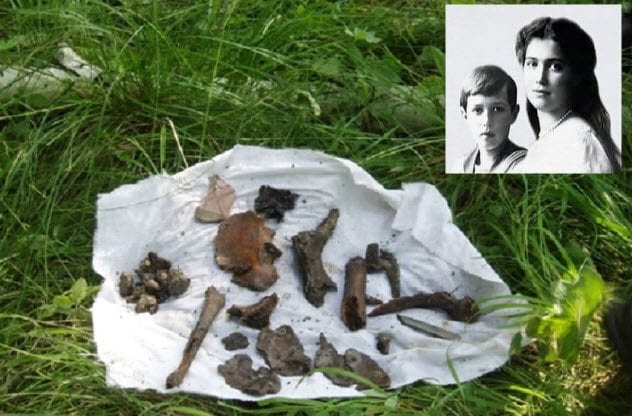 When Sergei had free time, he would look for bones in the areas where members of the Romanov family had previously been found. One day, Sergei came upon something hard, so he decided to dig beneath the ground to see if anything was there.

To Sergei’s surprise, he found several bone fragments, including one pelvis fragment and one skull fragment. By looking at the two fragments, forensic scientists and archaeologists hypothesized that these two pieces came from children. 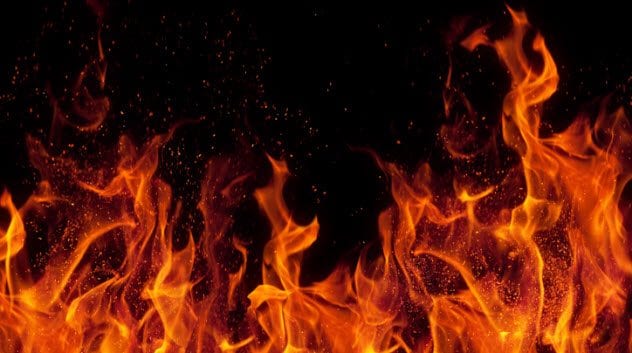 Archaeologists had found a bullet hole on Tsar Nicholas’s II bones, which means that the Bolshevik firing squad did not use their guns to kill these two kids. The rest of Nicholas’s family suffered another way.

From the amount of kerosene found on the children’s bones, archaeologists concluded that these two kids were covered in acid and burned to death. Prince Alexei and Princess Maria were apart from the rest of the family, but they suffered the same amount of pain as their family members. 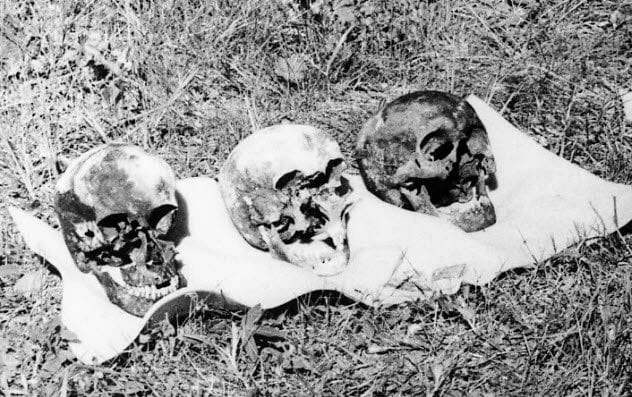 Archaeologists found nine skeletons, teeth, bullets of different calibers, fabric from a dress, and a wire from a wooden box. Archaeologists concluded that the remains belonged to a boy and a woman. The ages varied from 10 to 23. 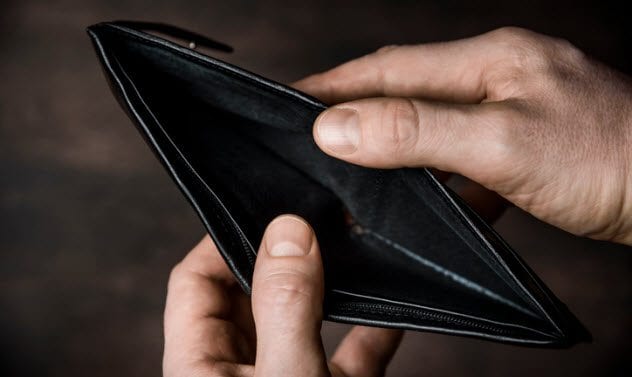 In 1990, another team of archaeologists decided to dig beneath the ground. The team had hoped that they would find something that could lead to the remains of the Romanovs.

After multiple days or even weeks, they dug up an area almost as big as a football field. Then they left. They could not finish the search due to a lack of money. Surprisingly, Sergei Plotnikov found the bone fragments exactly in that area. 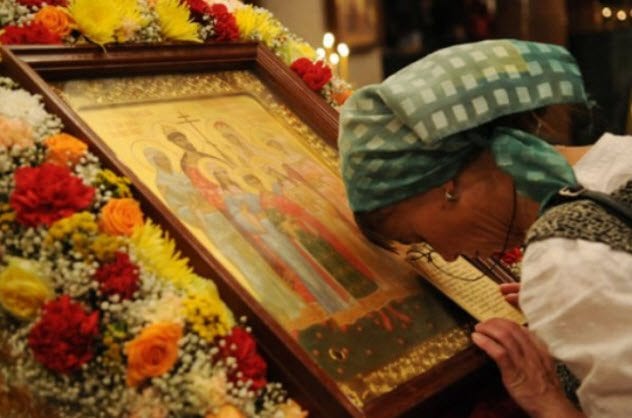 The Russian Orthodox Church did not believe that the remains were from the Romanovs. The church asked for more examinations and more information indicating that these remains did in fact come from the murdered royal family in Yekaterinburg.

The descendants of the Romanov bloodline agreed. The descendants believed that there should have been extra examinations and caution taken when finding out if the bones really belonged to the dead tsar and his children.

There were many delays with the reburial because the Russian Orthodox Church constantly had doubts that the DNA was wrong or that the remains did not belong to Nicholas II and his family. The church asked forensic scientists to conduct more tests. After the scientists finally convinced the church members that the remains were from the Romanovs, the Russian Orthodox Church scheduled a reburial. 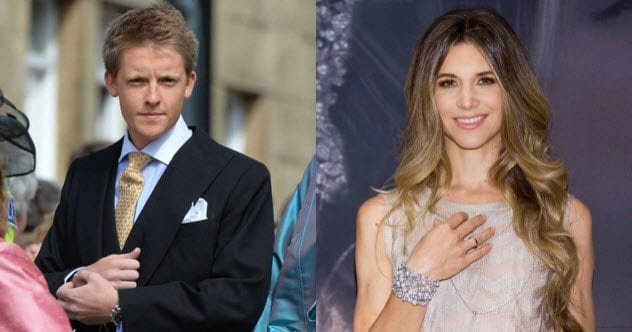 Today, there are people in the world who are part of the bloodline of the Romanovs. One of the main descendants who helped to identify the Romanovs’ remains through extraction of DNA was Prince Philip, Duke of Edinburgh. Prince Philip is the husband of Queen Elizabeth II, the grandnephew of Tsarina Alexandra, and the great-great-grandson of Nicholas I.

The other eight relatives were Hugh Grosvenor, King Constantine II of Greece, Grand Duchess Maria Vladimirovna, Grand Duke George Mikhailovich, Olga Andreevna Romanoff, Francis-Alexander Mathew, Nicoletta Romanoff, and Prince Rostislav Romanov. Those eight relatives did not give their DNA to identify the remains because Prince Philip and Prince Michael of Kent were the closest of all the relatives to have their DNA used as a sample.

2 Bolsheviks Attempted To Get Rid Of The Evidence 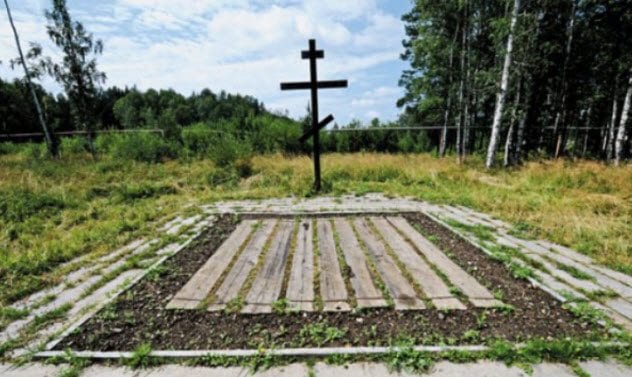 The Bolsheviks executed the family in Yekaterinburg. However, the Bolshevik firing squad needed to find a way to destroy the evidence that would show that they did, in fact, kill the Romanovs.

There are two theories as to how the Bolsheviks killed the children. According to the first theory, the Bolsheviks shot Nicholas II and then put his four daughters in an abandoned mine. The Bolsheviks tried to blow up the mine but failed. Instead, they put acid on the children and burned them.

The second theory is that the Bolsheviks decided to take the remains of Prince Alexei and Princess Maria and cremate them. After many tests and examinations, researchers and forensic scientists concluded that the cremation process did not work properly.

To cremate a body, you need to stay in a very hot area. The Bolsheviks did not have that advantage when they were in the woods. Despite their attempt to cremate the bodies, they ultimately buried two bodies in one grave and the rest of the bodies in another grave.

Burying the bodies in two different graves explains why they were a couple of miles apart from each other. It also proves that the theories about the supposed escape of Prince Alexei and Princess Maria or Anastasia are false. 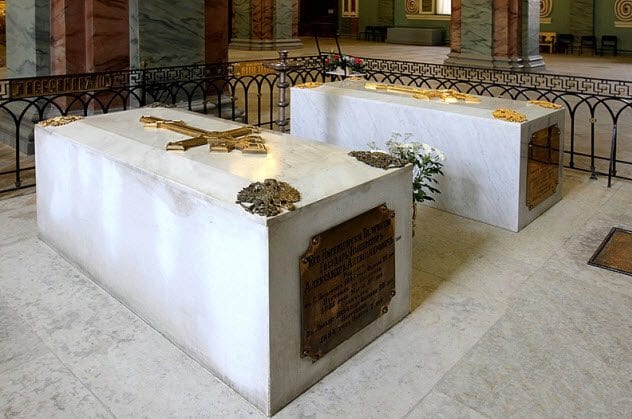 The mystery of the murdered imperial family has been laid to rest in Saints Peter and Paul Cathedral in Saint Petersburg. After the remains were studied, many researchers concluded that this was Nicholas II and his family.

The last burial ceremony was held in an Orthodox church. The ceremony took three days to complete, with the burial of the family as the last stage. When the funeral took place, many Russians still doubted that the remains were those of the tsar’s family. But scientists have said that the bones are a 97 percent match to the members of the tsar’s family.

The ceremony played a very big part in Russia. Worldwide, 50 countries and the Romanov relatives watched as the family was laid to rest. Over 80 years had to pass for the mystery of the Romanovs to come to an end. During the burial, Russians remembered the past and closed this violent and tragic chapter in their lives.

Angela is a high school student. She is interested in fitness, maintaining a healthy lifestyle, and learning something new every day.