Bear attacks, while very rare, do happen. Most can be stopped before they start by keeping food away from campsites and making lots of noise while hiking. Bears may attack when they’re hungry, but they most often attack when they’re surprised or feel threatened. Check out these 10 amazing stories of people who used some unusual methods to deal with bears.

Mom Explains Surviving a Bear Attack: I Kicked Him and Hit Him

A Virginia woman, Laurie Cooksey, took a hike one evening with her three children and came across a black bear. Black bears can be especially dangerous because the “play dead” rule does not work with them, as it does with browns and grizzlies. The Virginia Department of Games and Inland Fisheries estimate about 17,000 black bears in that area, but they also argue that attacks do not happen often. Most of the time, bears notice humans first and stay out of sight.

Cooksey and her son, Ellis, noticed the bear on the trail, standing on its hind legs. They ran, but the bear overtook them and clawed Cooksey on her back. When running didn’t work, they decided to slide down the mountainside to get away from the bear, but it followed after them. When the bear got hold of her leg, Cooksey kicked it forcefully enough to make it fall back, giving them enough time to escape. It is a good thing Cooksey didn’t skip leg day!

9Live To Die Another Day

Not surprisingly, wildlife photographers are often the victims of wild animal attacks. Jim Cole, a photographer and bear enthusiast, survived being mauled not once but twice by grizzlies. After many “bluff charges,” in which bears pretend to rush to scare off threats, one finally caught up with him in Glacier National Park, Alaska. The grizzly took a bite out of his scalp and arm. Years after the first attack, Cole happened upon a female grizzly while on a shoot, which swiped at his face and blinded him in one eye.

Cole lived through both attacks but died shortly after the second encounter. Unlike Timothy Treadwell, the self-proclaimed grizzly man, Cole died of heart problems. Though the bears he got close to had been vicious with him, he loved these animals and desired to preserve them to the end of his life.

Nic Patrick of Cody, Wyoming, got on the wrong end of a mother grizzly while working on his property. He’d surprised the bear, causing her to react defensively, which is the most common reason bears attack. Though he had a shovel with him, it had little effect when he hit her with it. After smacking his face and chomping him a bit, the bear walked away in the wrong direction. She’d left her cubs on the other side of Patrick, so she doubled back and smacked him again as she ran toward her babies.

Incredibly, Patrick walked home after being attacked twice. He suffered damage to his limbs, but the worst part was that he lost his nose. At first, he admits he felt angry at the bear, but he soon changed his mind. After spending weeks in the hospital in Denver, Patrick felt that the bear was not to blame. He blamed himself for not considering a bear could enter his property, and argued that she was protecting her young. 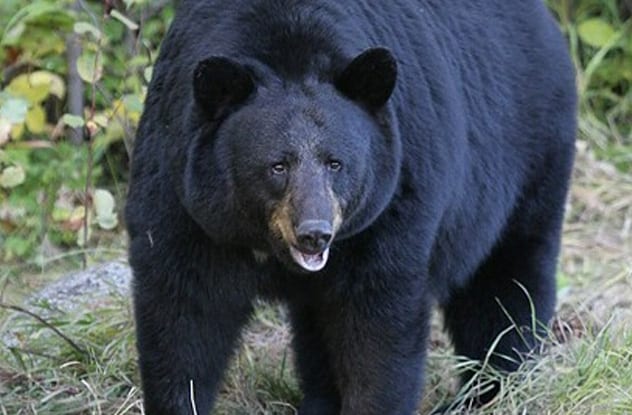 In a hair-raising encounter, two Canadian women had a very near miss with a black bear. One of the women, Nikki Latta, tried to get away by jumping off a nearby ledge. However, she didn’t want to leave her friend, Lindsay Jones, behind. When Jones finally overcame her terror, both of them tried to confuse the bear by taking turns making noise. Latta had previously learned in survival courses that running away from bears does not work, but panic and adrenaline had already kicked in.

Eventually, Jones stumbled on a hunter’s cabin and crawled through a high window after punching out the glass. Latta found the same cabin, and the two hid in the building for safety while the bear tried to get inside. Because black bears will not stop attacking, experts agree victims of black bear charges should get to some sort of shelter to wait out the attack. Latta and Jones were extremely lucky that they found the cabin and that they had a cell phone. They managed to get through to 911 and were rescued.

Todd Orr, a lucky survivor from Montana, met with a grizzly. Black bears and grizzlies are plentiful in Montana, so Orr made sure to take proper precautions by calling out loudly while he walked. Unfortunately, he accidentally stumbled upon a bear who decided she’d better finish him off for good. Even using a can of bear spray didn’t work for Orr. The only thing left for him to do was to huddle on the ground and use his arms to protect his head and neck.

Orr made for his truck after enduring the initial hit, but this mother bear wasn’t about to let her kill get away. She attacked again, more violently, and nearly scalped him. Orr got away after the second attack and managed to drive himself to the hospital. As in Orr’s case, taking every possible precaution may still result in a struggle to stay alive. 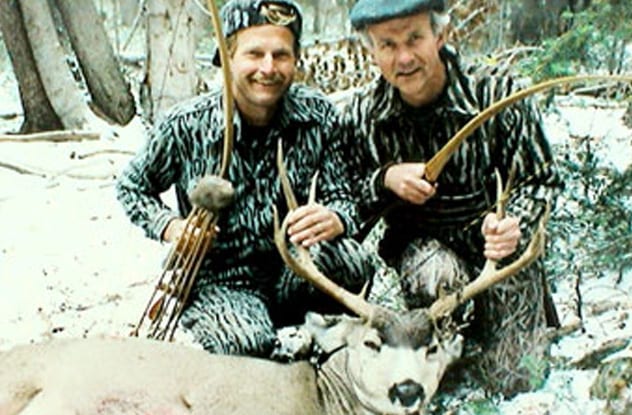 Along with nature photographers, hunters also commonly bump into bears. Mark Matheny and his hunting buddy, Dr. Fred Bahnson, were no exception. While on a bow-hunting expedition, the two met up with a mother grizzly nursing her cubs. When Matheny tried to yell at her to scare her away, she charged anyway and tried to bite his face off. Matheny screamed and panicked, which only made the attack worse.

Bahnson did his best to distract the bear, but she turned back for another round with Matheny. Matheny tried to play dead and wait out the attack, but it wasn’t until Bahnson distracted the bear and sprayed her in the face with regular pepper spray, that she backed away. The attack inspired Matheny to quit his contracting job and create UDAP, a company specializing in bear-repellent products. Even though the attack was terrifying, Matheny was able to turn it into an opportunity to help other people.

Johan and Jenna Otter, an active father and daughter hiking team, nearly died while vacationing in Glacier National Park. Jenna surprised the female bear when she rounded a corner on the trail. To protect his daughter, Otter stood between Jenna and the charging grizzly. To get away and keep the bear from his daughter, Otter jumped down the side of the mountain. Many people believe bears cannot run uphill or downhill, but they can. It wasn’t until he nearly fell off a cliff that the grizzly went for his daughter instead.

Badly mauled, Otter couldn’t get to Jenna, but she managed to play dead until the mother bear finally left. After yelling for help for hours, both were found by a hiker and taken in for treatment. Otter lost most of his scalp, and Jenna had been badly injured, but both lived. Interestingly, Otter has a goal to return to the exact trail where he was attacked and finish the original hike. That takes some serious guts, but Otter explained that he feels the need to heal from the incident.

One of the most horrific and unusual grizzly attacks happened in 2011. A group of seven young men were traveling in Alaska for a month-long survival course. Joshua Berg first ran into the bear while they were headed back to their campsite. He was viciously attacked while the other boys ran for cover. Another student, Sam Gottsegen, tried to go back and help, only to get mauled himself. Noah Allaire was bitten and clawed in the torso when the bear came back for a second round.

One other boy sustained minor injuries before the bear finally left for good. The boys were stranded in complete wilderness with three of them in critical condition. Having been provided with a beacon to use as a distress signal, the boys turned it on and helped the injured into a tent. It took hours to be rescued, especially since the first helicopter could only carry a few of the boys. Eventually, all of them made it to the hospital and lived to tell their tale. What makes this story so strange is that it is very unusual for bears to attack large groups of people. Hikers are often advised to travel in groups because more people are more threatening to bears.

2Stick Your Arm Down Its Throat

We’ve read about some incredible feats of strength and wit that have helped people live through bear attacks, but none come close to the story of Chase Dellwo. Dellwo ran into a grizzly while hunting elk. The bear had been taking a nap and was not happy about being woken up. After the bear took a couple bites, it looked like the end for the bow-hunter. Thankfully, he remembered reading an article that claimed large animals have strong gag reflexes. Deciding that giving it a shot was better than dying, Dellwo stuck his arm into the grizzly’s mouth. The bear gave up and walked away.

Still able to walk, Dellwo found his brother, who rushed him to the hospital. Though he got away from the bear, Dellwo had been wounded badly and required several stitches and staples. He may have lost bits of his head and limbs, but he certainly gained a large amount of swagger.

On Kodiak Island, Alaska, a hunter named Gene Moe was attacked by a hungry brown bear while cutting up a buck he’d just shot. Treating the encounter like a boxing match, Moe dodged, ducked, and swung at the bear with his knife. A worthy opponent, the bear scratched him up and threw him. Moe managed to stab the bear several times in her neck, and then punched the bear just below the eye. Even with all his injuries, he managed to shoot her dead when she finally walked away.

People did not believe Moe’s tale until he got a taxidermist to look at the bear’s corpse. As unbelievable as it sounds, Moe was in his sixties when this bear attacked him. As his family reports, he was up and running and resumed normal activities shortly after the accident. While crouching down and playing dead may seem like the most sensible thing to do, Moe is living proof that sheer grit, determination, and one wicked right hook can save you from likely death.

Brittiany West is a full-time writer and self-published author. Check out her works.