The idea of people creating their own language might sound bizarre, but as we are about to find out, it does happen. Sometimes, the languages were created in order to unite the speakers of different languages, while at other times, it was for research purposes. In at least two instances, the languages were innately created by the speakers, who did not even realize that they had invented a new language, and in one case, it was created so we could speak with aliens. This part is a bit controversial since the creator denied inventing the language but insisted that an alien had taught it to him.

So far, the race to create a new language has been a tough one. Many of these languages never caught on. Some are works in progress and are still being developed while one has stood the test of time and is now a recognized language.

In 1968, Weilgart released a book titled “aUI: The Language of Space,” which contained the symbols that formed the language along with their etymologies. Weilgart advised that all humans learned how to speak aUI before aUI speaking aliens landed on earth. He also suggested that we peacefully negotiated with the aliens whenever they arrived and avoided any form of altercation with them.[1] 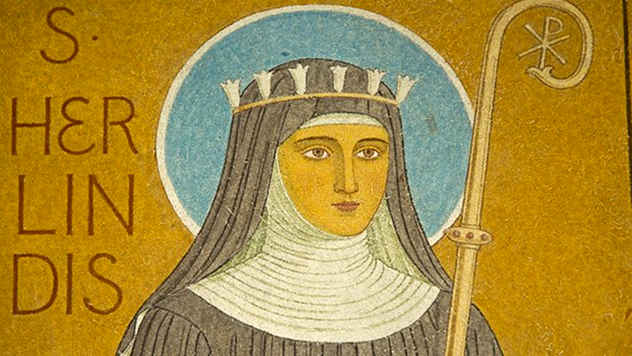 About a thousand years ago, Hildegard von Bingen, a lecturer, composer, and nun created a language alongside an alphabet. No one knows what she called the language, but it is referred to as Lingua Ignota. She included the language in the Reisen Codex, where she revealed the names she had given several divine beings, humans, plants, and objects. She spelled God as “Aigonz,” angels as “aiegenz,” and humans as “inimois.” Talking about humans, father is “peueriz,” mother is “maiz,” and wife is “kaueia.”

Linguists believe Lingua Ignota was based on Greek and maybe Cyrillic, even though they suspect it was influenced by Latin and German. Apparently, Bingen had a fondness for using the letter “z” which is common in German. Bingen’s method of writing Lingua Ignota follows Roman Cursive even though it also resembles the symbols of the Zodiac. So far, no one has been able to explain why she created the language.[2]

8The Language of Poto and Cabengo 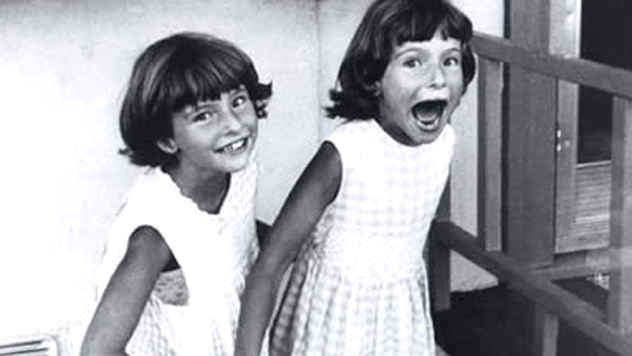 Grace and Virginia Kennedy were a pair of young twin sisters who innately created their own language way back in the 1970s. They used the language in their conversations and even renamed themselves Poto and Cabengo. Worse, they did not understand any other language. Their father mistook their conversations for gibberish and thought they were mentally unstable. He did not even bother sending them to school. It was only when he took them to a speech therapist did someone realize that the girls had invented a language.

A basic conversation between both sisters went like this:

Linguists and speech pathologists had a hard time deciphering the language. It took months before they realized that “pinit” meant “finished,” “buda” meant “butter,” and “toolenis” was “spaghetti.” One major problem linguists encountered was the rate at which the girls changed the way they pronounced their words. In one instance, they pronounced “pandaydooz” in 26 different ways within fifteen minutes.[3]

Linguists later discovered that isolation played a huge role in the creation of the language. Apparently, the girls spent most of their earlier years with their grandmother who rarely spoke to them. The few times she did, it was in German even though they lived in the United States. Both girls were later “cured” of their bizarre language. However, they still had speech problems more than two decades later. 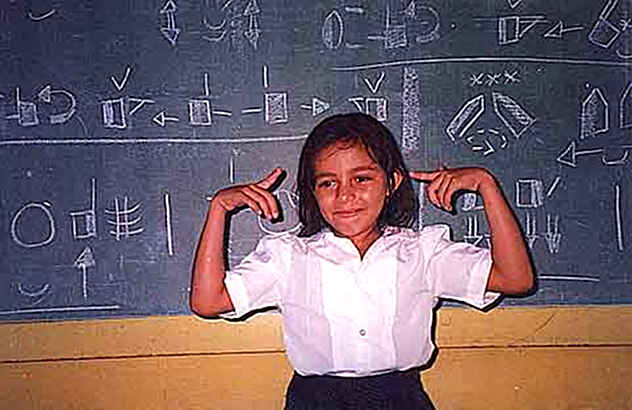 Nicaragua got its first school for the deaf in 1977. The school had no plans for teaching the students sign language. Instead, it focused on teaching Spanish and lipreading, which the students never understood. However, something else happened: the students created their own language, which is known today as Idioma de Señas de Nicaragua (ISN) or Nicaraguan Sign Language. The creation of the language was of interest to linguists as it was the first time they ever witnessed the creation of a natural language.

As it turned out, the language started off with the deaf students creating signs for common objects and activities. They added more signs over time, and before long, they created the grammatical structure guiding the use of the language. All this was done innately without any form of planning. Some linguists have used the Nicaraguan Sign Language to prove the theory of Universal Grammar, which states that humans have the innate ability to unconsciously create new languages when necessary. The theory is inconclusive and remains debated today.[4] 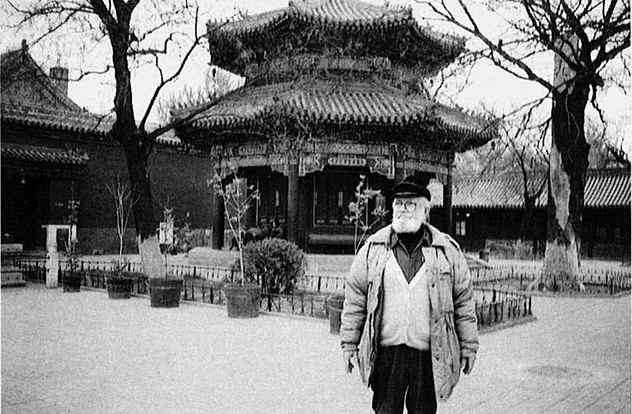 Loglan (short for logical language) was created by James Cooke Brown in 1955. Brown created the language to test the Sapir-Whorf hypothesis, which states that the structure of a language determines the limit to which a speaker of that language can reason. In other words, the language spoken by a person determines the maximum level of development that can be achieved by that person. So, people can never develop past the limitation placed on them by their language.

Brown created Loglan to test whether it would make people think differently and, thus, exceed the limitation placed on them by their former language. Unlike natural languages like English, Loglan is free of ambiguity. It lacks words that have the same meanings or sound similar when pronounced. For example, “ice cream” and “I scream.” The language itself is based on Predicate Calculus, one of the fields of mathematical logic, although an understanding of Mathematics is not a prerequisite to speaking Loglan.

The Loglan vocabulary presently consists of about ten thousand words of which about one thousand are frequently used. New words are created either by joining two Loglan words together or borrowing words from other languages, most especially the International Scientific Vocabulary. Many speakers of Loglan believe that it is perfectly suited to one day become the official language of the world.[5]

Lojban was created by the Logical Language Group (LLG) in 1997, although the group had been working on it since 1987. It was developed from Loglan, and the LLG had extensively studied Brown’s works. The basis of Lojban was 1,350 words, which the LLG had taken from Chinese, English, Hindi, Spanish, Russian, and Arabic, which are the six most spoken languages in the world. The group specifically avoided ambiguous words like “bank,” which has several meanings; “your” and “you’re,” which sound alike but have different meanings; and “its” and “it’s,” which have different meanings even though they are only differentiated by a punctuation mark.

Spelling in Lojban is strictly phonetic. Words are pronounced the same way they are spelled. They are also easily identifiable, and a person can tell the part of a speech a word represents by merely looking at the way it is used. Lojban has speakers all around the world but the majority are concentrated in Australia, Israel, and the United States. Speakers attest that the language sounds like Italian.[6]

Folkspraak is intended to become a universal language that could be understood by speakers of all Germanic languages. Germanic languages are a group of languages that started off as a single, but now extinct, language. They include English, German, Dutch, Danish, Swedish, Icelandic, Norwegian, Faroese, and Gothic amongst others. However, English, Dutch, German, Danish, Norwegian, Bokmål, and Swedish are the major languages used for Folkspraak.

Folkspraak is still a work in progress and is being created by a group of people who meet in a Yahoo group. The attempt to create the language is fraught with several problems. First, there is no definite method of creating new words. So, some creators have added words from other Germanic languages like Frisian, Low German, and Norwegian Nynorsk. Creators also regularly disagree on several issues relating to syntax, vocabulary, and grammar. In fact, Folkspraak now has several dialects, which might lead to the creation of more than one language.[7] 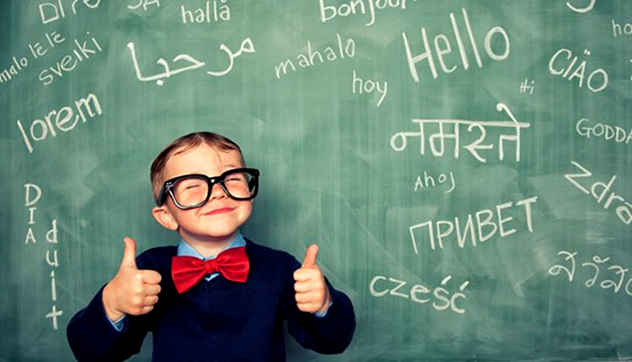 Tutonish was Elias Molee’s attempt to create a universal language for speakers of Germanic languages. It was based on English and German but maintains a structure similar to all Germanic languages. In Tutonish, the first three lines of the Lord’s prayer goes like this:

“vio fadr hu bi in hevn” (Our Father, who art in heaven)
“holirn be duao name” (hallowed be thy Name)
“dauo reik kom” (thy kingdom come)

Upper case letters are missing in the quote because Tutonish was entirely written in lower case. Molee promoted his language by writing several books where he called for a simplification and unification of all Germanic languages. Some of his books were reviewed by the New York Times, and he even once presented the language to King Haakon VII of Norway. Later, reporting the event in his autobiography, he wrote, “e king ws very friendly t me” (The king was very friendly to me). He later renamed the language Alteutonish, but it never caught on.[8] 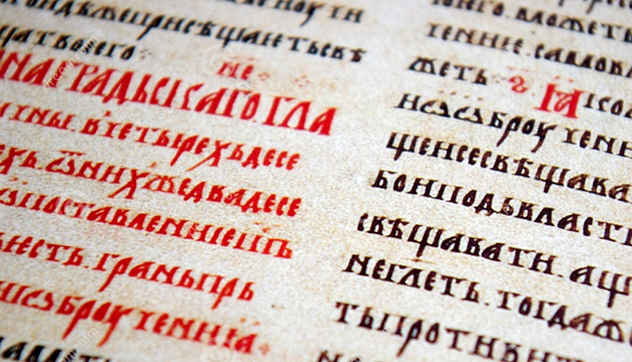 The attempt to create a universal language for all Slavs dates back to 1666 when Juraj Križani created a language called Ruski. The language never caught on, but it did encourage several others to attempt to create a universal mother tongue for speakers of all Slav languages, which includes Belorussian, Bosnian, Bulgarian, Croatian, Czech, Macedonian, Polish, Russian, Serbian, Slovak, Slovenian, and Ukrainian languages.

Most attempts to create a universal Slav language failed because the Pan-Slavists proposing the idea almost always based it on their own native Slavic language. Some Russian Pan-Slavists even once suggested that other Slavs adopted Russian, which is spoken by between 65 and 70 percent of Slavs, as their universal Slav language. Other Pan-Slavists suggested adopting Old Church Slavic, which is closely related to the common ancestor of all Slavic languages and was written (and probably created) by two brothers in the ninth century. This proposal failed because Old Church Slavic lacked modern words and was considered too archaic.

Today, all attempts to create a universal Slavic language has been merged into Interslavic. In July 2017 the movement clamoring for a single Slavic language held a conference where Interslavic was used publicly for the first time. After the conference, Novoslovienskij and Slovianski-N, the two major languages that formed Interslavic, were merged to form Medžuslovjansky.[9] 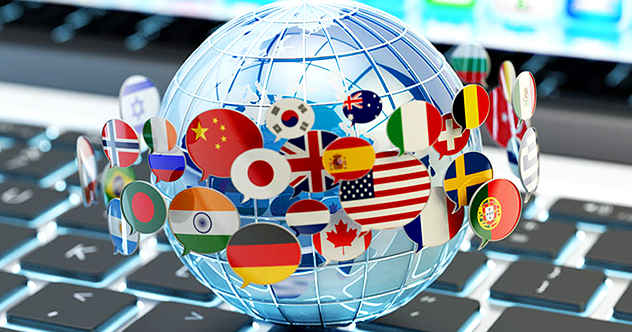 In 2010, a group of linguists, led by Russian psychologist Dimitri Ivanov, created a language called Lingwa de Planeta. It is still a work in progress, but the group hopes it could one day become the lingua franca of the world. Lingwa de Planeta is based on words taken from Arabic, Chinese, English, French, German, Hindi, Persian, Portuguese, Russian, and Spanish, which are the ten most spoken languages in the world.

Ivanov’s team used ten languages as their base because they did not want to favor one language over another. At the same time, they also want Lingwa de Planeta to be easily understood by the speakers of all ten languages. Ivanov and his team believe that humans will need a single language sooner or later thanks to the proliferation of the internet, which has brought us all closer than ever.[10]

Read more about languages on 10 Ancient Languages With Unknown Origins and 10 Myths And Misconceptions About World Languages.