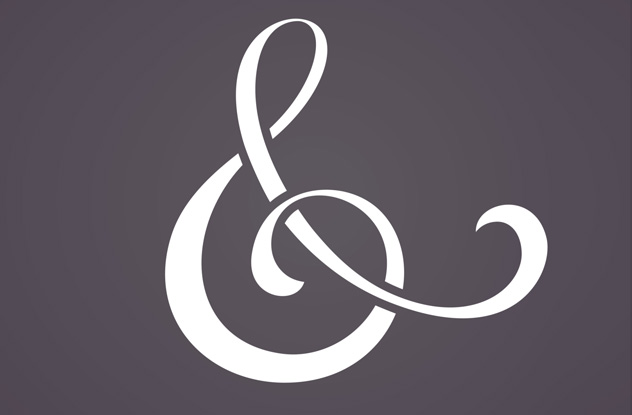 The ampersand (“&”), used today by the likes of Barnes & Noble and Dolce & Gabbana, was once the 27th letter of the alphabet. Its invention dates to the first century. Roman scribes, who wrote in cursive, joined together the e and t in the Latin word “et,” which meant “and.”

The character was introduced into the English alphabet in the 19th century. Although its pronunciation remained “and,” its name changed thanks to school pupils. The pupils, reciting their alphabet, ended with “XYZ and per se and“; per se means “by itself.” Just as “et” was slurred together to form the & character, “and per se and” was slurred together to form “ampersand.”

Aside being used as a replacement for “and” and joining names together, ampersand also still replaces et. For example, et cetera (“etc”) can also be written as “&c.” 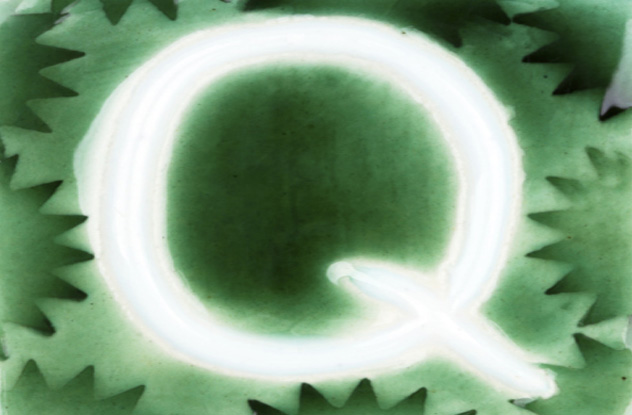 Can you think of an English word with a letter q not followed by a letter u? While English language contains some words like that—qibla, niqab, qigong, qawwali—they all derive directly from other languages. The only true English exception to the rule is “QWERTY,” and it is debatable whether that’s even a word at all.

Q is always followed by a u because we always use q to denote the sound /kw/. The /kw/ sound is a diagraph, which means that two letters come together to form a single speech sound.

Before the Normans invaded England in 1066, there was no letter q in the English language. Words like “queen” and “quick” were spelled “cwin” and “cwic” respectively. It was the French-speaking Normans who began the practice of using qu to represent the /kw/ sound. The Normans themselves had copied the use of “qu” from Latin, which used it for the /k/ sound if it appeared before w. If it did not appear before w, they used c instead. 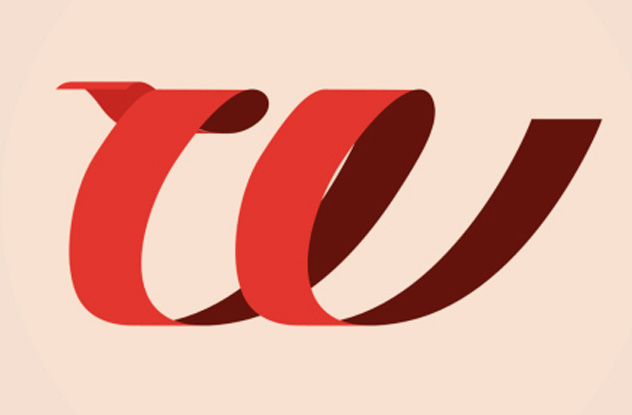 W is the only letter in the alphabet with a polysyllabic name. It is also the only letter whose name in no way tells how it is phonetically used. W is called “double-u” because that is how it used to be written—“uu.”

In the eighth century, “uu” was removed from the alphabet and was replaced by another character called the wynn (“ƿ”). W was reintroduced in the 11th century after the Normans conquered England. The Normans joined the two u‘s together and made the bottom sharper to form the w we know today. The look of the character changed, but the name did not. 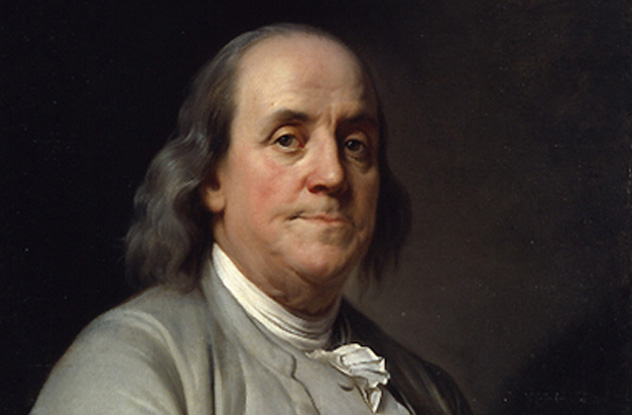 Founding father Benjamin Franklin is often misquoted as lobbying for the turkey as the national bird over the bald eagle, but other stories of his quirky nationalist reform are entirely true.

Franklin created his own alphabet in 1768 to set the Americans apart from the British. Some schools even used it. The new alphabet modified the English alphabet, preferring sounds formed by breath without the use of the tongue, teeth, or lips. He removed the letters c, j, q, w, x, and y, which he believed were not useful. The hard-c sound was replaced by k, while s replaced the soft-c sound.

He also introduced six new letters. One denoted the /o/ sound in words like “folly” and “ball.” One replaced the /sh/ sound in “ship” and “function.” Another replaced “um” and “un.” He also created a letter to represent the /ng/ sound and two to replace the /th/ sound.

Benjamin Franklin believed that his new alphabet would be easier to learn and reduce poor spelling. But it found few fans and soon faded away.

6Why Washington Has No J Street 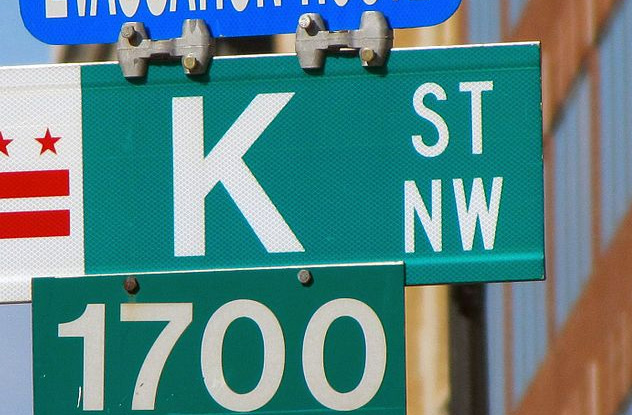 Streets in Washington, D.C. are lettered alphabetically, from “A” to “I.” Then comes “K.” Urban legend says that city planner Washington-Pierre L’Enfant deliberately left out “J” because he held a grudge against Supreme Court Chief Justice John Jay. Pierre also didn’t include a courthouse in his plan for Washington, forcing Jay’s Supreme Court to meet in the basement of the capitol building between 1801 and 1810.

This rumor is false. There is no J Street in Washington because back then, J was just another form of letter I. J started off as a design of I, and it was also used to show the end of a Roman numeral—“XIII,” for instance, was written “XIIJ.” In 1524, Italian grammarian Gian Giorgio Trissino differentiated between sounds /i/ and /j/, but the two were still used interchangeably in the 18th century. 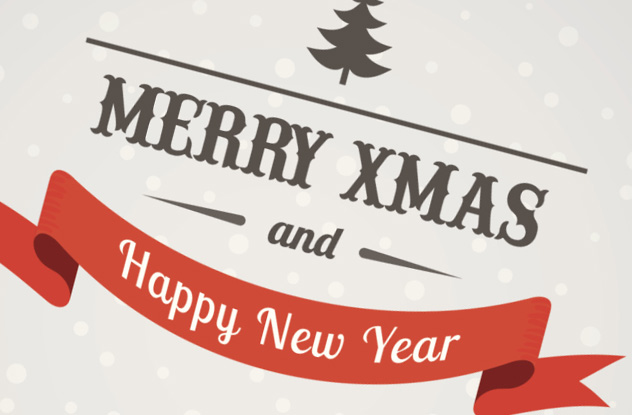 Some Christians take offense at how the letter x replaces “Christ” in “Christmas.” They think that x is used in its capacity as a placeholder for an unknown quantity, in an attempt to secularize Christmas. They are wrong in this belief.

The origin of x itself is bizarre and muddled, which is why it represents the unknown in both English and mathematics. X began as the Phoenician letter samekh, which means “fish.” The Phoenicians used it to represent the hard /s/ sound. When the Greeks borrowed it, they renamed it chi and used it to represent the /ks/ sound. The Romans later took the x from the Greek alphabet and paired it with the /x/ sound from the Chalcidian alphabet. 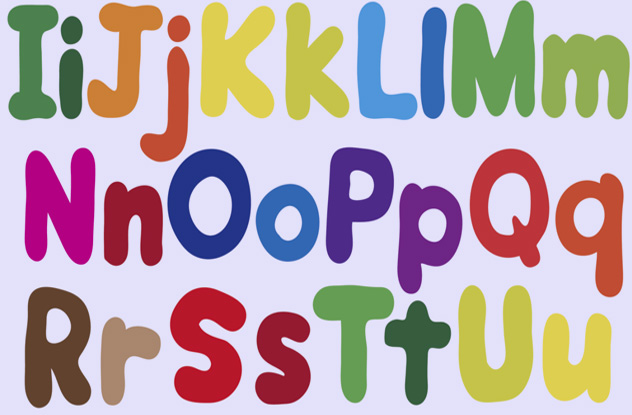 Ours is one of the few alphabets that has uppercase and lowercase letters. Their origin can be traced back to the Latin and Greek alphabets, from which the English alphabet was derived.

The Latin and Greek alphabets initially had only capital letters. Small letters were formed when scribes, who had to copy and recopy text, began adding upward or downward strokes to make writing faster. The change in writing surfaces from rough rock to smooth parchment or vellum also led scribes to write in small letters, as they were now able to make single round strokes instead of multiple strokes.

By A.D. 9, small letters had become established, and capital letters were used for emphasis. While some pairs of capital and small letters—Cc, Ff, Ll, Hh, Xx, Oo—look alike, and their origin can be easily guessed, others—Aa, Ee, Gg, Rr—look different.

Take r, for instance. The Greeks invented a small r that resembles our present one. Medieval scribes later formed a small r that looked like the capital R. They called it “r rotunda.” The “r rotunda” was later dumped for the Greek small version, which was easier to write and more easily distinguished from the uppercase counterpart.

3Why Keyboards Use ‘QWERTY’ 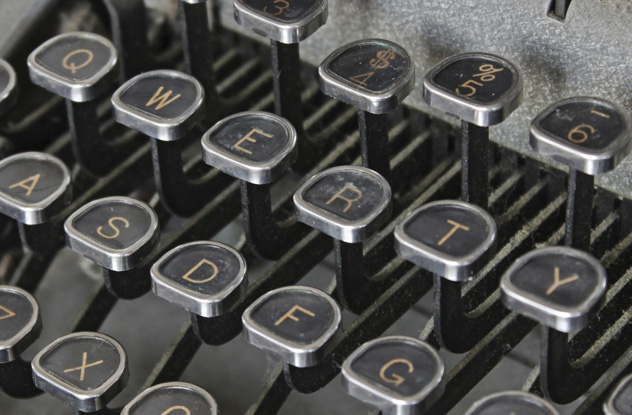 It is commonly said that Christopher Sholes, the inventor of the typewriter, used the QWERTY layout because commonly used letters jammed the machine when set close to each other. This claim hasn’t been confirmed.

The first typewriters looked like pianos, with the letters arranged alphabetically. Researchers at Kyoto University found that alphabetical arrangement was changed to QWERTY because telegraph operators found it confusing and inefficient when translating Morse code. Back then, telegraph operators were usually the first users of new typewriters. In fact, Sholes almost inserted the Morse dot in the place of the r key, making the “qwe.ty” keyboard.

The five largest typewriter companies—Remington, Caligraph, Yost, Densmore, and Smith-Premier—then merged to form the United Typewriter Company. This made the QWERTY system so popular and successful that even Sholes himself could not change it when he wanted to. When computers came along, they simply adopted the already popular QWERTY keyboard layout.

There are typewriter and computer keyboard layouts apart from QWERTY. Dvorak, a typewriter keyboard layout invented by August Dvorak and William Dealey, requires less finger movement than QWERTY so allows faster typing. Other alternatives include “Colemak” and “Capewell.” When the crew at Mashable tested various layouts, they found that QWERTY is the least efficient.

2How We Began Writing From Left To Right 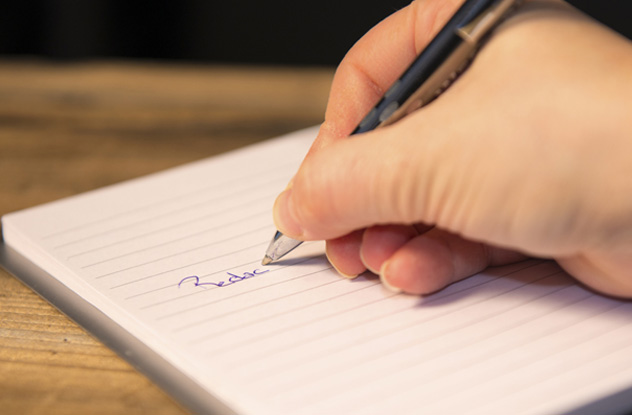 Unlike Egyptian and Indian hieroglyphics, which used shapes to represent objects, the cuneiform writing system used letters to represent sounds. Cuneiform began to appear around 3500 B.C. It led to the formation of the Phonemic alphabet, on which all modern alphabets are based. Cuneiform was written from left to right.

While unconfirmed, it is said that the scribes writing with cuneiform wrote from left to right because they were right-handed and would mess up their work if they wrote from right to left.

When Greek first appeared, it was written from right to left. This was later changed to boustrophedon, meaning “ox-turning.” In boustrophedon, the direction of writing changed with every new line. If the first line started from the left, the next would start from the right, the third would start from the left, and so on. Boustrophedon was confusing because individual letters also changed direction as the lines changed. If a word looked normal in one line, it would look inverted in the line directly above or below it, as if viewed through a mirror.

Thankfully, boustrophedon soon became obsolete. Writing from left to right became the standard with Greek and Latin alphabets. This was later passed down to the English alphabet.

1The Elimination Of ‘Z’ 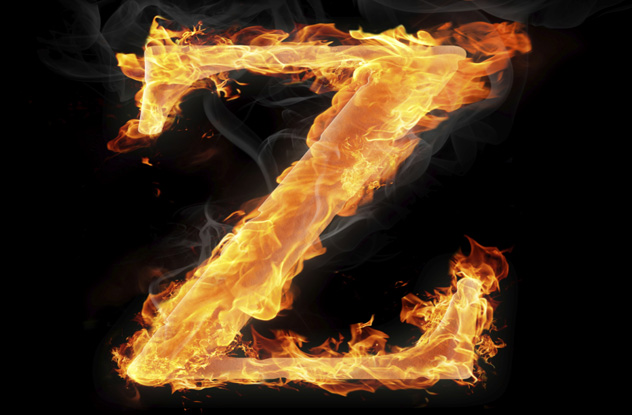 In 2010, the Internet was awash with rumors that the English Language Central Commission (ELCC) had agreed to remove z from the alphabet starting in June. The commission said that it had decided to remove the letter so that pronunciation would be simplified and British and American spelling would be similar. All words that began with z would have x in its place, and those with z elsewhere would gain a new s. So, we would have “xoo,” “xodiac,” and “xero” and “materialise,” “analise,” and “visualise.”

The English Language Central Commission had really suggested nothing of the kind. The whole thing was just an April Fools’ Day prank. But there actually was a time when z was removed from the alphabet.

Around 300 B.C., Roman censor Appius Claudius Caecus removed z because it was hardly used and had become archaic. Its pronunciation /z/ had become /r/, a process called rhotacism.

The letter z was later restored to the Roman alphabet, but it was used only for words borrowed from Greek. Since it was rarely used, it was placed at the end of the alphabet, where it remained even after the English alphabet formed.

Elizabeth wrote this list with letters from the English alphabet.