The intertwined story of humans and pigs goes back thousands of years. Early humans took wild boars and bred them to make the wild creatures more tractable to farming.

Ever since then, pigs have been changing human history almost as much as humans have changed their porcine pets. Here are 10 times that pigs played a role in human affairs. 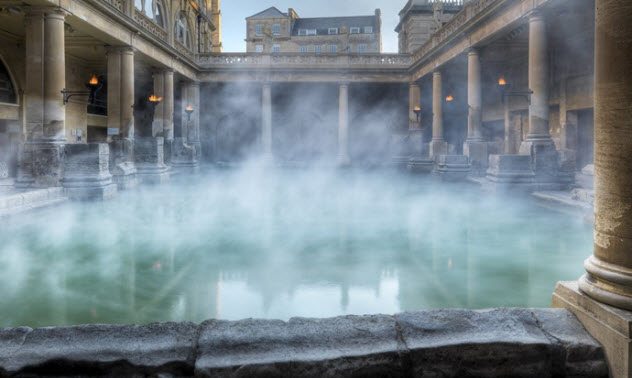 As its name suggests, the city of Bath in England is famous for its waters. In fact, you can visit the remains of grand Roman baths there. In cold weather, the surface of the waters is clouded with mist as the water bubbles to the surface at 46 degrees Celsius (115 °F) through a fault in the Earth.

No wonder the Romans and subsequent generations flocked to the site. The waters were thought to have healing properties, and legend has it that these medicinal powers were discovered by pigs.

Bladud, the legendary king of the Britons, was sent to study in Athens as a prince by his father. All was going well with his studies until the unfortunate prince developed leprosy. With the infectious disease making it impossible for him to become king, Bladud was reduced to tending pigs.

However, the pigs were as unfortunate as the prince because they caught his leprosy. The pigs took this stoically and simply wandered off to roll in the mud as pigs are wont to do.

When they returned, Bladud saw that the mud had cured the pigs of leprosy. He took a turn in the miraculously warm mud and was cured himself. Bath was founded on the site. Or at least that’s the legend. Few people consider the story true, although pig statues are unusually common in Bath.[1] 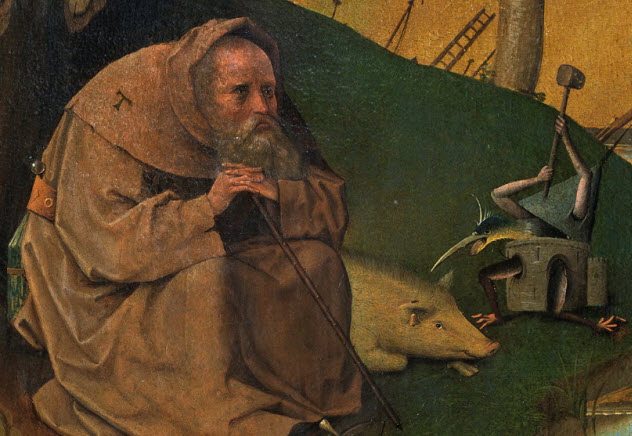 St. Anthony did battle with Satan many times. One time, Satan appeared in the form of a monstrous pig. St. Anthony showed the pig only kindness and forgiveness, driving Satan out, and St. Anthony was left with a friendly pig. That is why pig farmers pray to St. Anthony for help.[2]

In the Middle Ages, the Hospital Brothers of St. Anthony was a society dedicated to healing the poor, especially those suffering from the disease called St. Anthony’s Fire. To help support the order in their work, pigs were often donated to the brothers as the appropriate gift to St. Anthony. The “Tantony pigs,” often the runts of the litters, had bells attached to identify them as belonging to the order.

These pigs were left to fend for themselves on the streets. Any that survived to adulthood were sold, and the funds were used by the Hospital Brothers. In La Alberca, Spain, each year, a pig is still released and fed by the inhabitants of the village. “San Anton,” as the pig is known, is raffled at the end of each year, and the money raised is donated to the church. 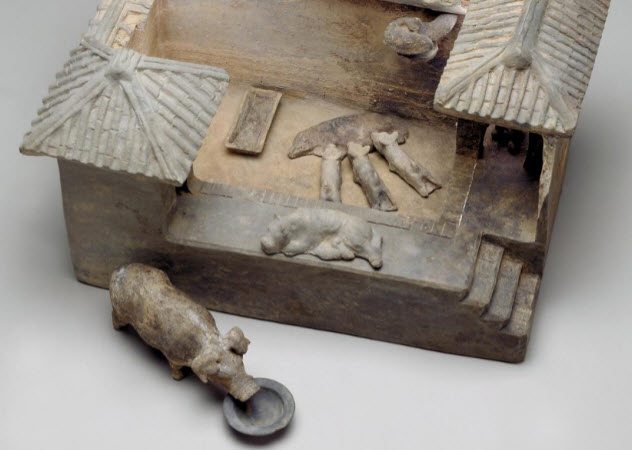 Dealing with waste has always been tricky for humans. The risk of infection from unhygienic toilets was a constant threat. Even as they recognized the dangers, people in the past struggled to find any way to deal with it. In Europe, chamber pots were often simply emptied into the streets. In ancient China, they came up with a different solution to sewage issues.

The pig toilet relies on the indiscriminate appetite of pigs. Simply put, a pig toilet is a latrine that juts over and empties into a pig pen. The toilet waste falls straight into a trough, and the pigs eat what is given to them. Models of this setup have been found in ancient tombs, and the same ideogram in Chinese can mean both “toilet” and “pigsty.”

It may seem disgusting to us, but it was a practical way to deal with sewage. There are still places today where pig toilets are used. Much of the potentially dangerous bacteria in human waste was destroyed when digested by pigs. However, there is the danger of parasites passing between humans and pigs. The risk of tapeworms spreading is particularly high if toilet pigs are eaten.[3] 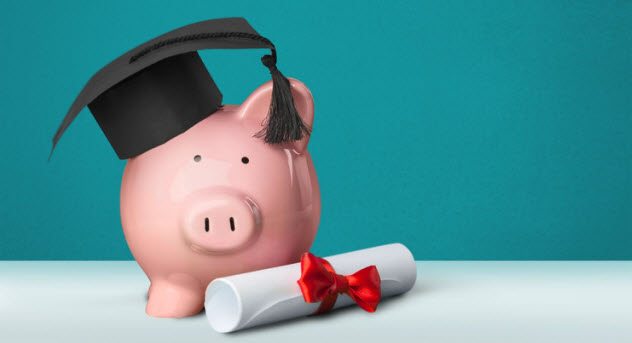 Pigs are undeniably clever animals and may have complex emotional lives. They can remember tasks that they have previously learned and make loyal pets. You can almost imagine them as human when you look into their intelligent eyes. As Churchill said, “Dogs look up to you, cats look down on you. Give me a pig! He looks you in the eye and treats you as an equal.”

Surprisingly, some people decided to educate their pigs to see just how smart they were. Samuel Bisset was just one of many who decided to make their fortunes by showing off “learned pigs” that had been trained in mathematics, literature, or history. Bisset started with a cat opera but soon turned to pigs.

For 16 months, he trained a pig in many arts and then toured his student around Britain. His learned pig “was seen to spell without any apparent direction, the name or names of those in company; to cast up accounts and to point out even the words thought of by persons present; to tell exactly the hour, minutes, and seconds; to point out the married and unmarried; to kneel and make his obeisance to the company, with many other tricks no less wonderful and extraordinary.”[4] 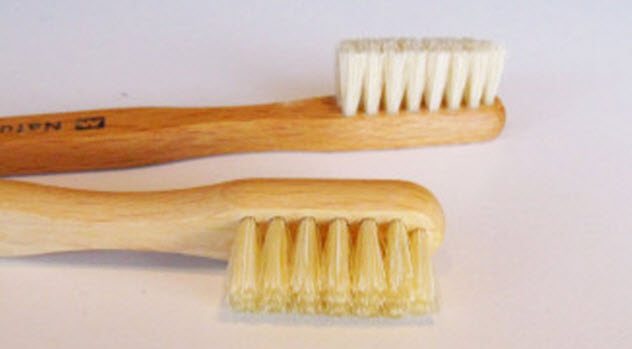 When we get a toothache today, we face a painful trip to the dentist. In the past, a rotten tooth could be a death sentence. In most of the animal world, an animal will only live as long as its teeth. That humans are now living so long is partially thanks to pigs providing us with toothbrushes.

In ancient China, the first toothbrushes were bone or bamboo sticks with bristles made of the stiff hairs from the backs of wild boars. These bristles worked just like the plastic ones in our modern toothbrushes and helped to keep teeth clean. When the invention made its way to the West, pig hair was deemed too harsh for the gums and many replaced the pig hair with horsehair. Animal hair was only replaced in the 1930s with the invention of nylon.

However, you can still buy pig hair toothbrushes. Those looking to reduce their use of plastic can get wooden brushes with pig bristles that would otherwise be waste products from the meat industry.[5]

The 1960s saw an outbreak of cultural change. Fed up with the status quo, people were desperate for political leaders who would listen to their desire for a different future. In 1968, members of the Youth International Party (Yippies) found the candidate to lead them into the election. That candidate was a pig called Pigasus.

Unfortunately, we will never know whether Pigasus would have defeated Richard Nixon in the election. At the first rally, Pigasus and seven Yippies were arrested. The seven Yippies stood trial, but the fate of Pigasus remains unknown. There is speculation that the political candidate may have been eaten by a police officer. However, the consumption of candidates with porcine qualities before they can make it to the White House is not an American tradition that lasted. 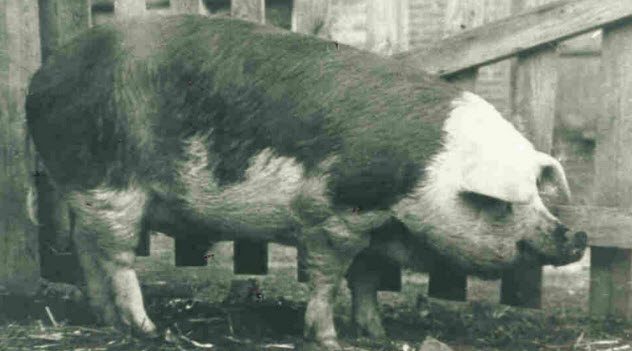 In 1942, the United States government was busy raising war funds in any way that it could. Buying war bonds was a common way for people to support their country. One pig did his part in helping to raise over $19 million to pay for a whole warship.

Parker Neptune, as King Neptune was originally known, was born in a litter of 12. None of his siblings achieved as much as Neptune. He was due to be eaten as part of a celebration to sell war bonds, but someone had another idea. They decided to auction the pig to raise more money.

Still alive, Neptune was wrapped in a Navy flag, and pieces of him were offered for sale. People bought war bonds to have a leg, a shoulder, or even a bristle. None of the new owners ever called for the pig to be slaughtered to give up the part they had purchased. King Neptune was a celebrity.[7]

Dressed in a robe, a crown, and earrings, King Neptune toured auctions and raised millions in war bonds. In modern dollars, the capitalist pig raised over $250 million for the war effort. When he died in 1950, King Neptune was given a military burial. 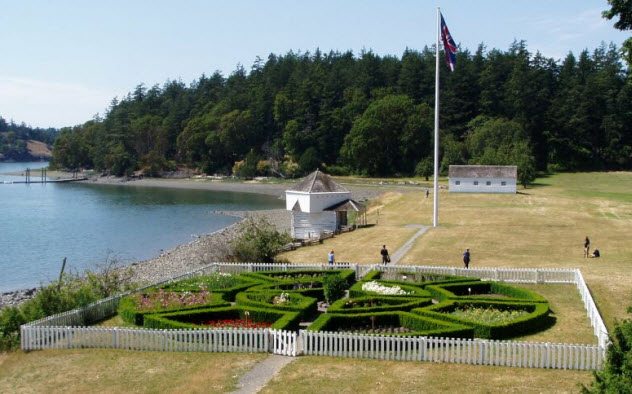 Peace between the United States and Britain has sometimes been a bit strained. In 1859, war between the nations broke out on the San Juan Islands between Vancouver and Washington State. The cause of the war was a pig.

A treaty signed in 1846 between the US and Britain was supposed to clarify the border between the US and what would be Canada. Unfortunately, it was not very clear about the San Juan Islands. Both the British and Americans settled there.

On June 15, 1859, a pig belonging to a British farmer wandered onto land belonging to an American. When the pig ate some of his potatoes, the American shot the pig dead. A complaint was sent to British authorities to arrest the American farmer.

The farmer called for US military protection. The commander of Oregon sent 66 American soldiers to the island. The governor of British Columbia sent three warships to scare them off. War looked certain.

When the British commander was ordered to land troops to take the island back, he refused by saying that he would not “involve two great nations in a war over a squabble about a pig.” The matter was sent to arbitration, and the island of San Juan passed into American sovereignty.[8] 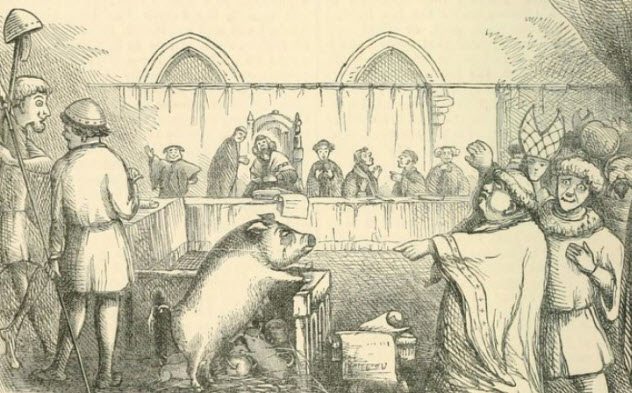 Pigs can be dangerous animals, even domesticated ones. Their massive weight, strong bite, and willingness to eat anything in front of them has led to many people being killed by pigs over the centuries.

The fashion in the past of swaddling children tightly so that they could not move put young children at particular risk of being eaten. In France in 1457, a pig ate a child. For its crime, the pig was put on trial along with her piglets. The sow was found guilty and publicly hanged. The piglets were released.

Animal trials were surprisingly common in medieval Europe, and examples of criminal pigs can be found in many times and places. Crimes ranged from murder of infants and farmers to impiously eating a Communion wafer. In that case, the irreligious pig suffered the same hanging fate as his more murderous colleagues.[9] 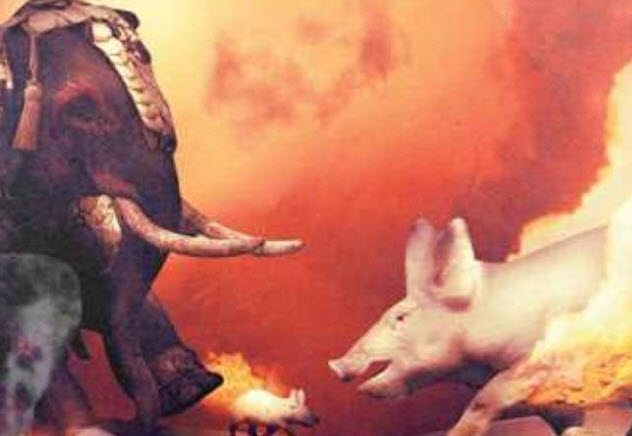 Elephants were one of the most terrifying weapons of the ancient world. Their ability to break tight ranks of armies made them a potent tool in war. Pliny the Elder wrote about elephants crushing men in their army and trampling whole companies of men. He also recorded another fact about elephants: “The very least sound, however, of the grunting of the hog terrifies them.”[10] Other sources recall how this weakness was used in battles.

When the Macedonian army was besieging Megara, the inhabitants needed a way to break their ranks. Taking pigs and smearing them with oil, the Megarians set fire to the terrified animals and released them into the enemy camp. The shrieking pigs caused the enemy elephants to go wild and kill soldiers on their own side. The fate of the poor pigs is not recorded.

Read more amazing facts about pigs on 10 Awesome Facts About Pigs and 10 Widely Believed Animal Facts That Are Totally Wrong.