When you go around calling the United States the “Great Satan” and trying to destroy it in a holy jihad, you’re setting yourself up to some pretty high standards. There’s a whole persona involved in being an evil, psychotic terrorist, and you really have to keep up those appearances.

Osama bin Laden did his best to seem like a devout, fundamentalist Muslim whose only vice was killing thousands of innocent people, but behind closed doors, he wasn’t as above Western culture as he liked to pretend. When the Navy SEALS broke into his compound and took him out, they got the chance to look at what was on his computer. And as it turns out, the stuff bin Laden spent his last few years watching on his laptop wasn’t exactly sharia.

Osama bin Laden’s computer had a 174 gigabytes’ worth of videos. He spent nearly ten years in hiding, and he had to pass the time somehow. Since his compound didn’t have Internet, he’d have a courier download stuff off of YouTube and bring it to him on a flash drive—and, as it turns out, bin Laden was watching pretty much the same stuff we were.

“Charlie Bit My Finger” was on his computer, meaning that, while he was hiding from the CIA, the world’s most dangerous terrorist was giggling to a video of a British baby nibbling on his brother’s finger. He also had a collection of LOLCats memes and a wide selection of clip art, presumably in case he needed to make a flyer for the Al-Qaeda bake sale.[1]

Bin Laden watched some weird stuff, too. He had videos of girls brawling, horses dancing, and a video called “Tootin’ Baththub Baby Cousins.” That last one is a video of two cartoon babies tooting in the bathtub while singing, “When you feed us beans there’s trouble!” and “Don’t push too hard, you might go number two!”

Mostly, though, bin Laden watched crocheting tutorials. He had 28 videos teaching him how to crochet. Apparently, he crocheted a sock for his iPod. 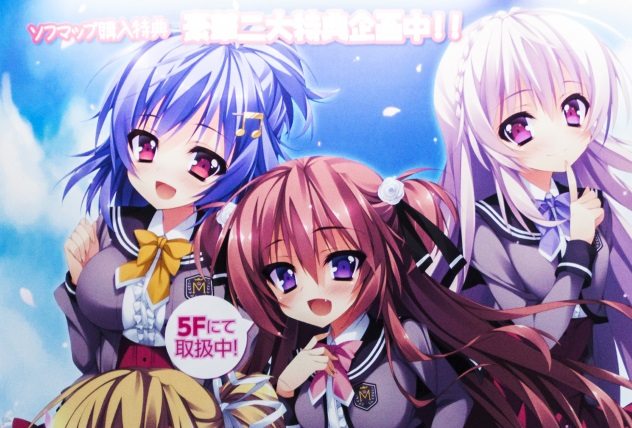 Osama bin Laden had a whole selection of Hollywood cartoons on his computer. Most of them were Disney movies like Cars and Chicken Little, but he wasn’t brand-loyal. Bin Laden had copies of Ice Age, Ants, Tom and Jerry, and even some episodes of that old kids’ cartoon Jackie Chan Adventures.

But he didn’t just go for box office hits. As it turns out, bin Laden frequented an Arabic-language anime forum called Msoms-animes.net. He’d download fan translations of Japanese anime shows, as well as a whole collection of episodes and video games of Naruto, Bleach, Dragon Ball Z, and Detective Conan, a cartoon about a boy detective who solves crimes.[2]

Anime adaptations of video games seem to have been his favorite. Osama bin Laden had a copy of Final Fantasy VII: Advent Children and a straight-to-DVD anime based on Street Fighter IV in his collection.

The CIA still hasn’t made a statement on whether bin Laden slept with one of those big pillows with a picture of an anime girl on it, but we’re going to go ahead and say the answer is probably “yes.”

8 He Was Good At Volleyball 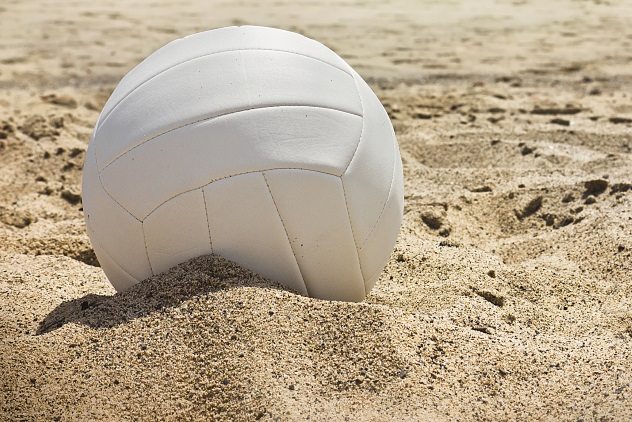 When they weren’t busy plotting how to rain fire and destruction upon the Western world, the members of Al-Qaeda passed the time playing volleyball. And, reportedly, bin Laden was hard to beat.

“He had his own special serve, like a Russian grenade launcher,” one of bin Laden’s cronies has said. “First the ball went up in the air, and then it began to rotate. When the ball came back, it was virtually unstoppable.”

Bin Laden was so good at volleyball that Al-Qaeda made a rule saying that he and Mohammad Atef, the other star player of the Al-Qaeda volleyball team, had to be on different sides every time they played because it just wasn’t fair for them to play together.[3]Al-Qaeda played volleyball a lot. Reportedly, bin Laden worked in a game of volleyball every day, usually midway through the workday, when the daily drudge of chanting “Death to America” and making IEDs starts to set in.

7 He Walked Around In A Cowboy Hat 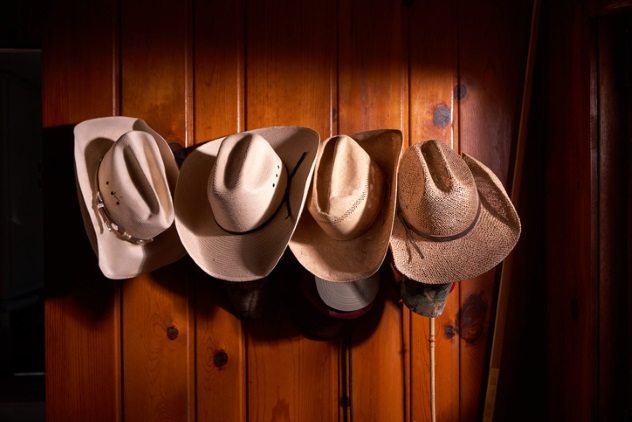 While he was hiding, Osama bin Laden would walk around Pakistan with a cowboy hat on his head so that he wouldn’t be recognized.

It actually worked, for some inexplicable reason. About a year after 9/11, bin Laden was pulled over for speeding and got off free. The officer stared the most wanted man on the planet in the eyes and presumably thought, “Wow, this guy would look just like Osama bin Laden if he wasn’t wearing a cowboy hat.” And then he let him go, trumped by bin Laden’s Clark Kent-quality disguise.

The cowboy hat, though, was about more than just hiding. Osama bin Laden had wanted to be a cowboy since he was a little boy. In his early years, bin Laden would pass his time watching Bonanza and Fury on TV.[4] Then he’d go out to his father’s ranch, ride horses, and imagine he was a real-life Western cowboy.

He gave up on his cowboy dreams when he got older—but it’s telling that, in his later years, he chose a cowboy hat as his disguise. Maybe, in the back of his mind, bin Laden was still a little boy imagining himself as an outlaw on the run on a wild frontier.

6 He Was Obsessed With American Newscasters 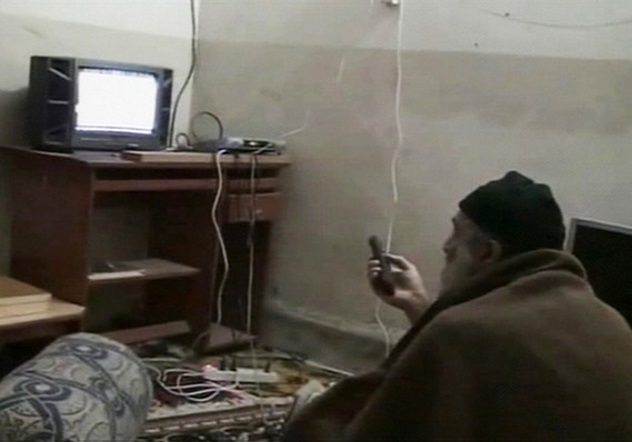 One of the few pictures we’ve seen of Osama bin Laden in hiding shows him sitting cross-legged on the floor, watching American news on a dinky little TV. Based on his journals and his letters, it seems that this was how he spent most of his time—and he was getting really into it.

Bin Laden was furious when MSNBC fired Keith Olbermann, who, apparently, was his favorite newscaster. He wrote a friend, “I used to think that MSNBC channel may be good and neutral a bit, but it has lately fired two of the most famous journalists—Keith Olberman and Octavia Nasser the Lebanese.”[5]

He was weirdly opinionated. He criticized most American TV stations for just copying articles from Reuters. He saved his strongest words, though, for Fox News. He complained to his friends that it “lacks neutrality” and that it was going to “die in anger.”

5 He Loved Watching Movies About Himself 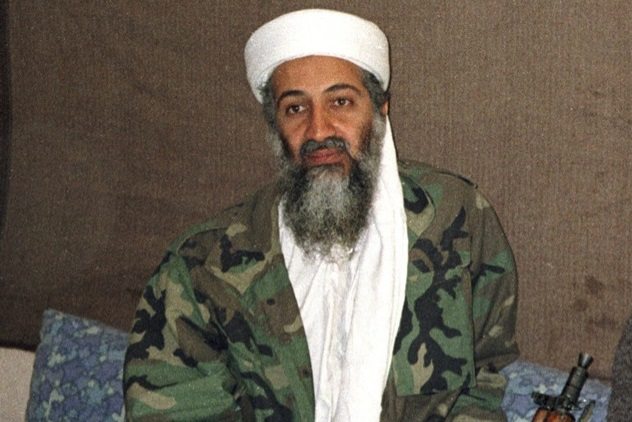 Bin Laden’s favorite things to watch, though, were videos about himself. On his computer, he had a whole collection of videos of news reports on his role in the September 11th attacks, along with a whole set of biographies and TV specials on the hunt to track him down.

He took his appearance on TV really seriously. Osama bin Laden was graying, but to keep himself looking good for his adoring audience, he would dye his hair black before filming all those threatening videos.

The weirdest part is that he had a copy of Loose Change, that famous 9/11 Truther video that says the World Trade Center attacks were an inside job.[6] The most logical explanation, of course, it that he just found the idea that Americans were blaming their own government for his terrorist plot amusing. Still, though, if you’re looking for a good conspiracy theory, going around calling bin Laden a “9/11 Truther” would be a great way to add fuel to the fire.

4 He Was an Arsenal Fan 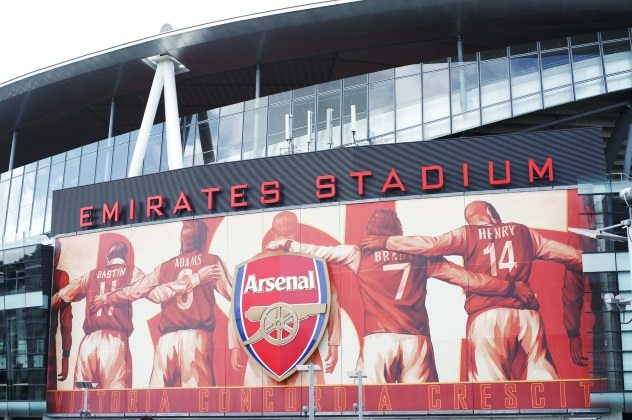 In the 1990s, Osama bin Laden stayed in Highbury, England, and he became a huge fan of the Arsenal football team. Reportedly, bin Laden bought tickets to nearly every game in the 1993–1994 season and was so enthusiastic that he bought his son an Arsenal jersey with Ian Wright’s name on it.[7]

He brought his obsession back to Afghanistan, too. Some of bin Laden’s associates recalled that he liked to play football after mosque. One of his bodyguards, Nasser al-Bahir, has said that bin Laden would play center forward in their football games at that he was a pro at volleying the ball.

Arsenal fans knew about it, too. They even made up a whole chant to sing about how Osama bin Laden was a fan of their team. The team, though, takes a strict stance against fans engaging in dangerous behavior. When Osama bin Laden killed roughly 3,000 people, Arsenal put their foot down and sent out a public letter saying that he was no longer welcome at their games.

We hope that made him take a serious look at himself in the mirror.

3 He Was In Love With Whitney Houston 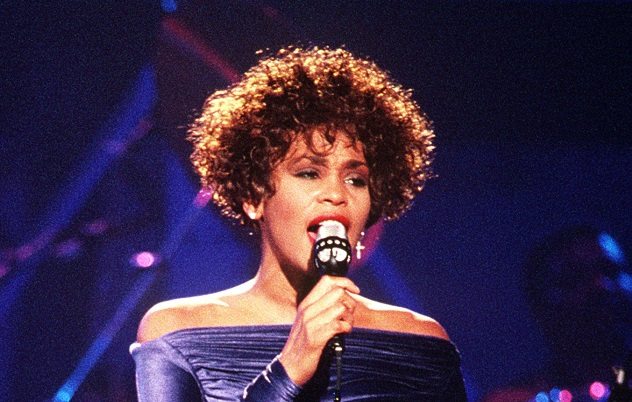 Osama bin Laden had a huge crush on Whitney Houston—which is even stranger than it seems. Publicly, bin Laden was so against music that he would turn the volume down on the TV if there was even music in the background of a show. This was a man who once said—and we quote—“Music is the flute of the Devil.”

But according to Kola Boof, a woman who claims she had an affair with bin Laden in 1996, the terrorist leader was a very different person behind closed doors. When he was with her, she says, he would become a “devout party boy who wanted to hear Van Halen or some B-52s.”

His biggest obsession, she says, was Whitney Houston. “Whitney Houston’s name was the one that would be mentioned constantly,” Boof says, “how beautiful she was, what a nice smile she has. [ . . . ] He explained to me that to possess Whitney he would be willing to break his color rule and make her one of his wives.”[8]

According to Boof, bin Laden talked about having Houston’s husband, Bobby Brown, killed so that he could marry her and move her into one his mansions. He never worked up the nerve, though, to give Houston a call. So, instead, he’d just dress Boof up like the pop singer and pretend. 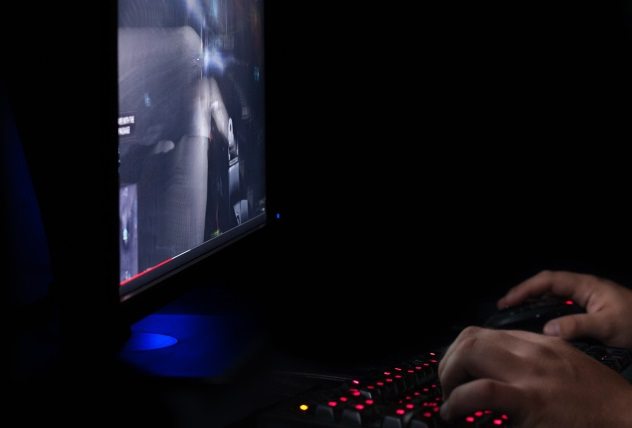 Osama bin Laden spent a big part of his last few years playing video games. On his computer, he had an official Steam account and a few well-worn copies of Half-Life, Final Fantasy VII, and Batman: Gotham Knight.

But the most delightful discovery on Osama bin Laden’s Steam account has to be that he played Counter-Strike, the classic online game where terrorists fight against counterterrorists.[9] Because that means that, if you played Counter-Strike between 2001 and 2011, there’s a chance you killed bin Laden. And, this time, we’re okay with it if you tea-bagged him, too.

1 He Was Addicted To Pornography 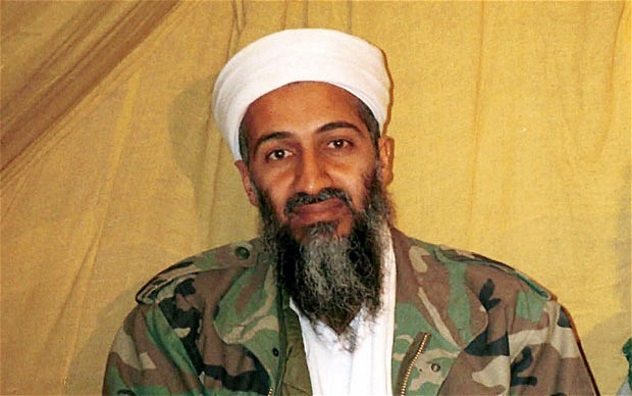 But don’t worry—we’ve got a pretty good idea what it was. Some dedicated sleuths have gone through the publicly released file names on bin Laden’s computer, and you’d better believe he was into some weird stuff.

And, finally, bin Laden had a whole series of images with names like “asss.gif,” “booby_2.jpg,” and—perhaps most revealingly of all—“1dick.jpg.”

10 Fascinating Things You Might Not Know About Death Valley