Video games are a favorite pastime of children and adults alike, and with the expansion of the internet, gaming has become bigger than ever. It’s hardly an obscure hobby enjoyed only by a fringe group of potentially dangerous weirdos. 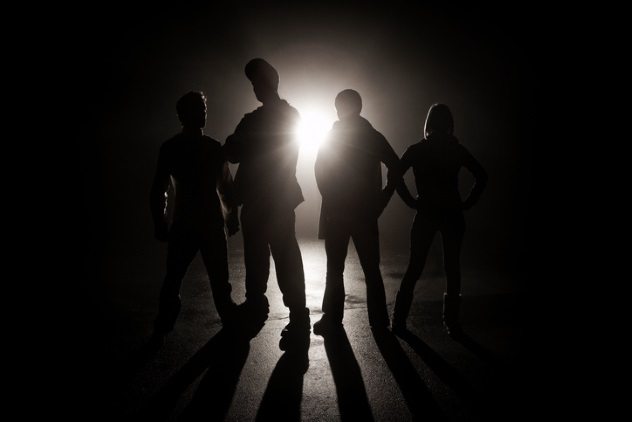 In New Hyde Park, New York, on June 26, 2008, a group of teenagers went on a crime spree. First, three of them violently mugged a man in a grocery store parking lot. After that, the gang marched through the streets of New Hyde Park until they encountered a woman in her car. After stealing a pack of cigarettes from the woman, they smash a van using one of the baseball bats they had brought to the crime scene.[1]

The woman called the police, and the teens were apprehended. When asked about their motives, the teens stated that it was the video game Grand Theft Auto IV that led them to commit these crimes. 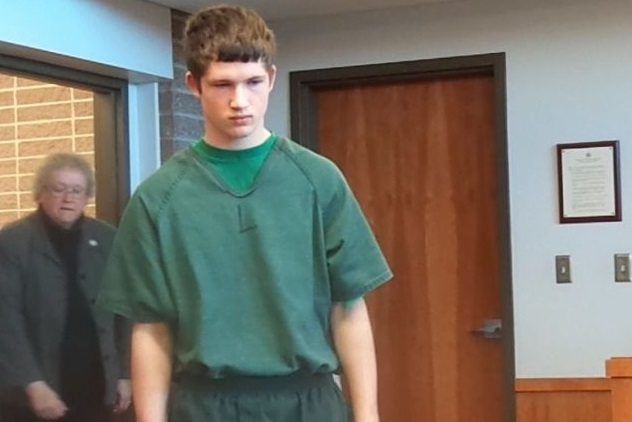 In 2013, 14-year-old Nathon Brooks was grounded and prohibited from playing video games after receiving a detention in school. He decided to do something about it.

The night after he was grounded, Brooks acquired his parents’ .22 Smith & Wesson revolver and shot them as they slept.[2] Fortunately, both of his parents survived, and Nathon was sentenced to 15 years in prison for his violent and senseless attack on his parents. He is due for release in 2028. 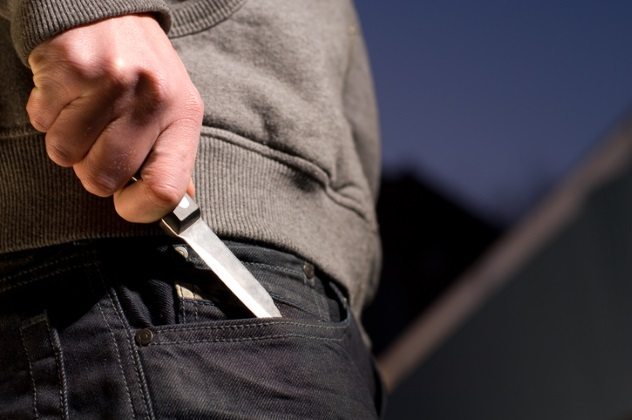 Unlike other entries on this list, this entry does not deal with a specific crime but a multitude of crimes, all of which have been tied to video games by police. In 2012, New South Wales in Australia was dealing with a sharp increase of teenage violent crime. Knife crime, in particular, was of concern to police after teens were killed, injured, and arrested as a result of carrying knives.

Police commissioner Andrew Scipione stated that he believed that video games where the player is rewarded for killing, raping, and causing mayhem were at the root of the problem. He also believed that a lack of proper parental skills were to blame, as when parents were called to pick up their children, they were completely unconcerned at the situation their kids were in.[3] 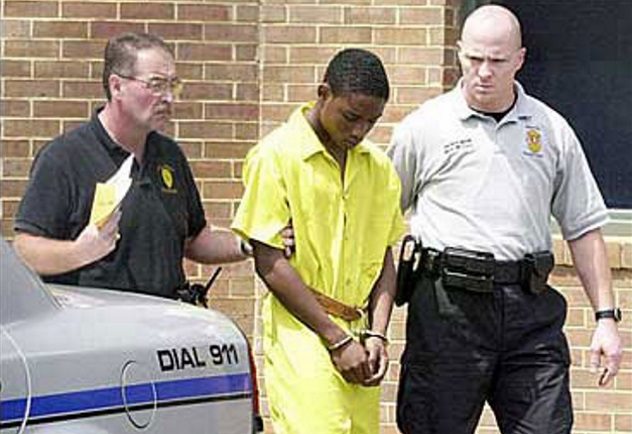 Devin Moore is an American murderer who is believed to have been inspired by the game Grand Theft Auto: Vice City. On July 7, 2003, Moore was brought into an Alabama police station on suspicion of car theft. At the time, Moore had no criminal record, and he cooperated with the police. After being booked by Officer Arnold Strickland, Moore jumped him, grabbed his gun, and fired three shots, hitting Strickland in the head.

Officer James Crump heard the shots and responded. Moore, however, fired three shots at Crump, hitting him in the head, similar to officer Strickland. Finally, Moore ventured down the hallway and encountered 911 operator Ace Mealer and shot him in the head like his other victims. Moore then proceeded to steal a police car and flee the station, only to be apprehended four hours later in Mississippi.

At the trial, Moore’s lawyers argued that he was led to murder due to a life full of physical and mental abuse as well as his affinity for violent video games. Moore was a fan in particular of Grand Theft Auto: Vice City. In this game, players can steal cars, murder police officers, and commit acts of torture against fellow criminals. After his arrest, Moore made statements such as, “Life is a video game. You’ve gotta die sometime.” On October 9, 2005, Moore was sentenced to death by lethal injection.[4] He is currently on Alabama’s death row. 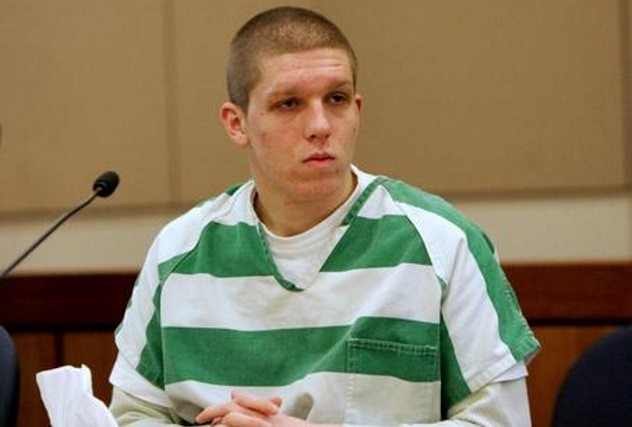 Daniel Petric was an American teenager who shot both of his parents in 2007, killing his mother and severely wounding his father. This was after they confiscated his copy of Halo 3, which was forbidden in the household. Petric used his father’s 9-millimeter handgun to commit the murders. The handgun was locked in the same case as the game, and when Petric took the gun, he also took the game. After he shot both of his parents, he fled with the game after his older sister and her husband arrived to watch a Cleveland Indians game. Petric was arrested in the family van shortly after, with Halo 3 still in the front seat.

At trial, Petric’s defense attorneys argued that due to a snowboarding accident that had left Petric bedridden, he developed an addiction to the Halo franchise after playing it at friends’ houses, leaving him unable to go without the game, which caused him to snap. This strategy did not work, and Petric was convicted and sentenced to life in prison with eligibility for parole after 23 years. Petric is currently imprisoned in the Grafton Correctional Institution in Ohio.[5] 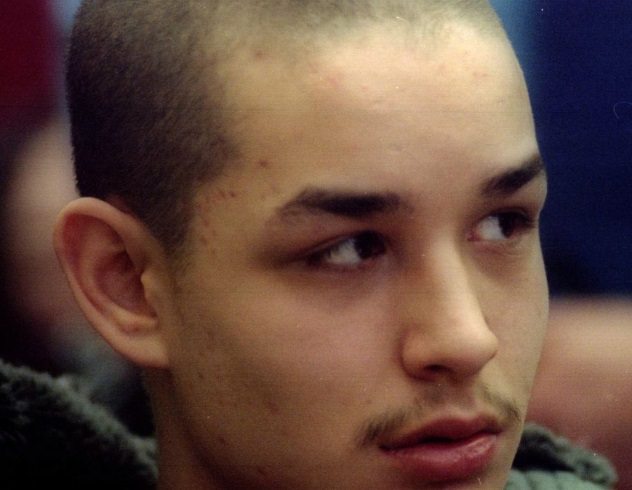 Evan Ramsey’s childhood reads like a “How to Make a Killer” manual. When he was seven years old, his father was imprisoned after an armed standoff with police inside a local newspaper office. As a result, his mother became an alcoholic, and Evan and his siblings were sent to various foster homes. Evan was sexually abused in at least one. He was also heavily bullied in school due to lack of intelligence and was often called names such as “spaz,” “braindead,” and “retard.”

Two weeks after his father was paroled, Evan committed his own crime. According to police reports, 20 people knew of his plan, and two helped Evan by teaching him how to use a shotgun and by telling him about how famous he would become. On February 19, 1997, he went to his high school armed with a shotgun. Ramsey killed the school principal and a student before wounding two others. He then attempted to kill himself by a shotgun blast to the head. He was unable to pull the trigger and surrendered to the police when they arrived.

It has been largely believed that Ramsey had been imitating the video game DOOM when he committed the murders. He was a known player of DOOM, and his weapon, a 12-gauge shotgun, is one frequently used in the game. Evan’s father, Don, told the media that he believed that his son was mimicking the game at the time of the shooting. Finally, in an in-prison interview, Evan stated that he blamed DOOM for the shooting. Ramsey was charged as an adult at the trial and sentenced to roughly 200 years in prison with a chance of parole in 2066.[6] 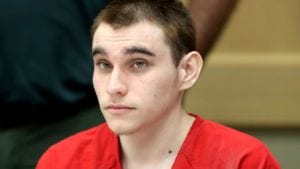 Nikolas Cruz confessed to fatally shooting 17 students and staff members and injuring 17 others at Marjory Stoneman Douglas High School in Parkland, Florida, on Feb. 14, 2018. Although not publicly discussed much, there appears to be some evidence of excessive video game use that had been reported in court documents. Die, die, die,” Cruz wrote in a story for language arts class in middle school. His explanation: It was a line from his “Call of Duty” warfare video game booklet.

Teachers were concerned that he was spending too much time playing “inappropriate” video games—as much as 15 hours a day. Some neighbors confirmed he played video games and told investigators, “It was kill, kill, blow up something, and kill some more, all day,” His mother struggled to limit his playing time, believing it was a source of his hostility at home.

Cruz had a well-documented history of mental problems, including an obsession with violence and death, before the shooting rampage when he was 19. His defense isn’t focused on his guilt or innocence; it’s more about sparing him from the death penalty, his lawyers have said in court. Now, more than three years after the shooting, the trial is set to start in September 2021.[7] 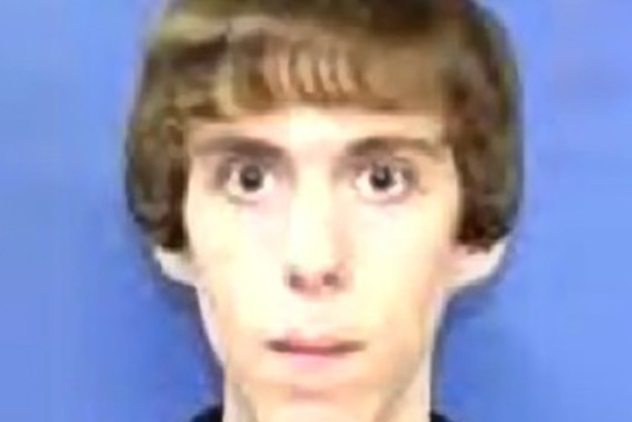 Adam Lanza was the man who massacred 27 in the Sandy Hook school shooting on December 14, 2012. Lanza first shot his mother while she was asleep and then drove to Sandy Hook Elementary School armed with his mother’s guns and butchered 20 children and six adults. Lanza was described by all who knew him as a socially awkward loner who spent most of his time playing video games such as Call of Duty and Gears of War in his bedroom at his mother’s house, where he lived.

According to some sources, Adam racked up 83,000 kills playing online, with 22,000 being head shots. He also spent large amounts of time researching school shootings going back to 1981 and practicing shooting using pellet guns.[8] In addition to his strange behavior, he barred his mother from entering his room and would only communicate with her through e-mail. 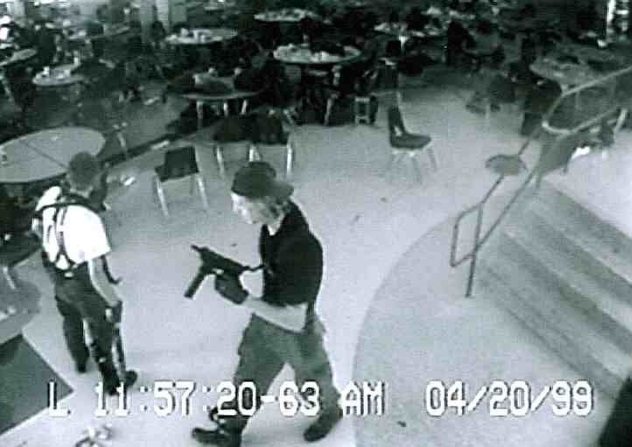 This one needs no introduction. On April 20, 1999, Eric Harris and Dylan Klebold entered Columbine High School and opened fire on students and teachers, killing 12 students and a teacher before turning their guns on themselves. When the carnage was over, many people asked why these two teens had committed such a heinous act. From anger and isolation to mental illness, there were many different theories. One of the most prevalent to this day is the effects of the video game DOOM on Harris and Klebold.

Both Harris and Klebold were avid fans of the game, with Harris using it as a basis for a creative writing school project, creating his own levels of the game, and posting them online.[9] These levels were later named “The Harris Levels” after the shooting. With the game’s intense violence, it was a clear connection for most to tie DOOM to the massacre. In a cruel twist of fate, a video game based on the shooting called Super Columbine Massacre RPG! was released by independent developer Danny Ledonne and was tied to the 2006 Dawson College shooting. 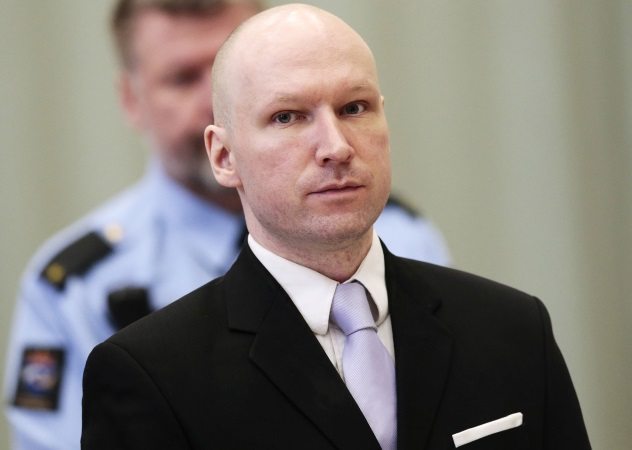 Anders Breivik is one of the deadliest mass shooters in human history, claiming the lives of 69 young adults at a youth political camp in Norway on July 22, 2011, after killing another eight by bombing a government building, making the total death toll 77. Breivik was politically motivated by what he believed to be the “Islamization” of Norway at the hands of the Norwegian Labor Party. This rage led him to attack their youth camp, believing that the next generation of the Labor Party had to be eliminated.[10]

According to his Manifesto, Breivik was an avid player of World of Warcraft and Call of Duty: Modern Warfare 2. Breivik wrote that he played World of Warcraft for relaxation. At the same time, he used Call of Duty: Modern Warfare 2 as a training simulator, having played the game using a hologram device to make the gameplay appear three-dimensional. This version of Call of Duty had previously fallen under controversy due to its level “No Russian,” in which players commit a terrorist attack at an airport against innocent civilians.

Breivik was sentenced to containment, which is a minimum of ten years in jail and a maximum of 21 years but can be extended indefinitely based on the offender’s danger to the public. This is the maximum sentence available under Norwegian law.

A guy who likes video games and money