We all love a good Disney family classic from time to time. But if you thought you knew all things Disney, think again. Here are some facts from behind the scenes of your favorite Disney movies that will blow your mind. 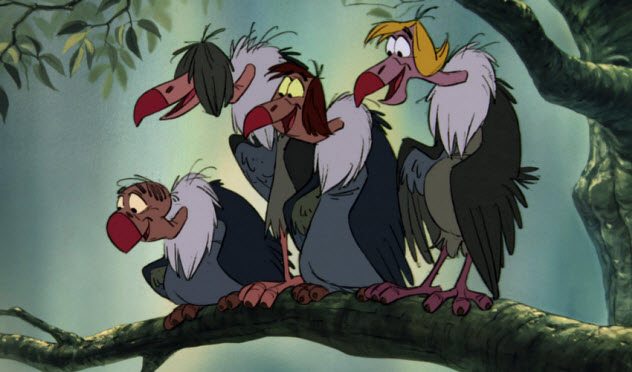 The Jungle Book tells the story of abandoned child Mowgli who was raised by wolves. Suddenly, he is put in danger by the return of man-eating tiger Shere Khan. This leaves Mowgli with no choice but to leave his family and return to live with the humans. He is accompanied on his adventure by the panther, Bagheera, and the bear, Baloo. After running away because he is reluctant to return to the village, Mowgli encounters a flock of vultures.

Most people don’t know that while the film was being made, Brian Epstein, manager of The Beatles, approached the animators and had them design the vultures based on the members of the band.[1] The original idea was that The Beatles would voice these animations. However, John Lennon canned the idea, joking that they should hire Elvis Presley instead.

9 Most Disney Main Characters Are Motherless 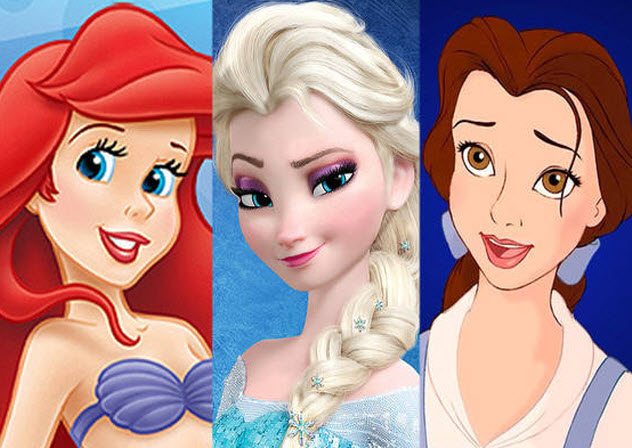 An often-overlooked minor detail of Disney films is that a lot of the main characters are lacking mother figures in their lives or lose them at a young age. Examples of this are Bambi and Cinderella. In other cases, there is simply no mention of the mother from the start to the end of the film, leaving her absence unconsidered. Examples are The Little Mermaid, Aladdin, and Beauty and the Beast.

Unfortunately, there was a grim circumstance that led Disney to create many of his characters motherless. In the early 1940s, Walt Disney bought a house for his parents. But there was a leak in the furnace after they moved in. Although the housekeeper made efforts to save them, Disney lost his mother to the tragic accident.[2]

Everybody knows the famous roar of the great lion Mufasa from The Lion King. However, most people don’t know that this roar, along with all others from the film, isn’t actually the roar of a lion.

The roars are either combinations of tiger and bear recordings or, even more astonishingly, were generated by voice actor Frank Welker using a trash can.[3] Yes, you did read correctly. The impressive and terrifying roars are actually that of a basic metal trash can. 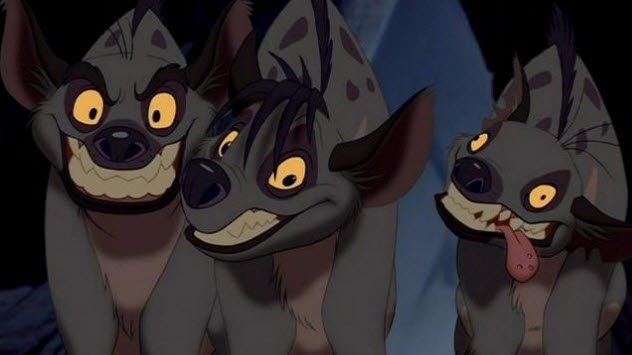 Along with interesting tactics for the recordings of roaring lions, The Lion King was met with a lot of controversy upon its release. The biggest headline following its debut was about a legal matter between Disney and a biologist specializing in hyena research.

The researcher sued Disney for defamation of character[4] and criticized the film’s representation of the animals. However, this was not the end of the controversy for The Lion King.

Another hyena expert pressed the matter further by encouraging viewers to ignore the film. Lastly, Disney’s depiction of the hyenas was felt to be a racist representation due to the culture of the voicing cast.

It’s amazing the things people will come up with to bring down a successful children’s movie.

6 WALL-E Got His Name After Walter Elias Disney 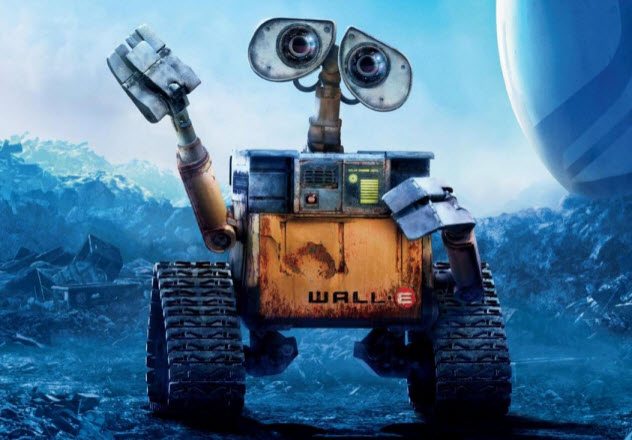 The name WALL-E from Disney’s space robot release film is foremost known as an acronym for the robot’s job, Waste Allocation Load Lifter: Earth Class. However, most people don’t know that the name WALL-E is also a hidden shout-out to the man himself, Walter Elias Disney.[5]

Imagine the time it would have taken someone to put together a name that would stand for the tasks allocated to the cute little robot as well as give mention to Disney. Someone got paid for that! 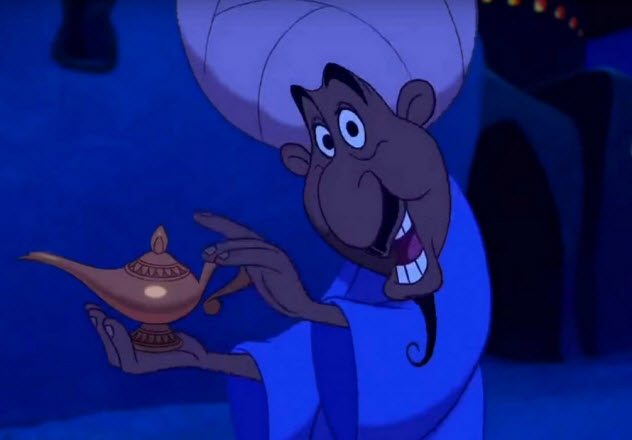 In 1992, Disney released its world-famous film Aladdin. Fans went wild with theories about hidden messages behind the film’s story. According to one theory, the Peddler seen at the start of the film was, in fact, the Genie.

This was based purely on the fact that both the Peddler and the Genie had only four fingers and both were voiced by famous actor Robin Williams. So, is it a myth or was that actually the filmmaker’s intention?

Two decades after the film’s release, directors Ron Clements and John Musker revealed that these crazy speculations were true! In a publicity interview, Clements confirmed that the connection between the two characters was the original intention.

The film’s plan had a scene at the end of the movie in which the Peddler reveals himself to be the Genie. Due to story changes and editing, however, the scene got lost and the film was released without the final revelation.[6]

Ever seen a Disney film and felt a little sense of deja vu? Or ever noticed how some of the films have very similar memorable scenes? This is because the Disney animators often recycle animations.

This is a process where they trace over old animations and redesign cels to change the imagery without having to put in the time to recreate the actual animation. A great example of this is the similarity between the ballroom dance scenes in Beauty and the Beast and Sleeping Beauty.[7] Producers saved both money and time with this trick and got away with it for years before it was noticed.

3 Funny Disclaimer At The End Of Frozen 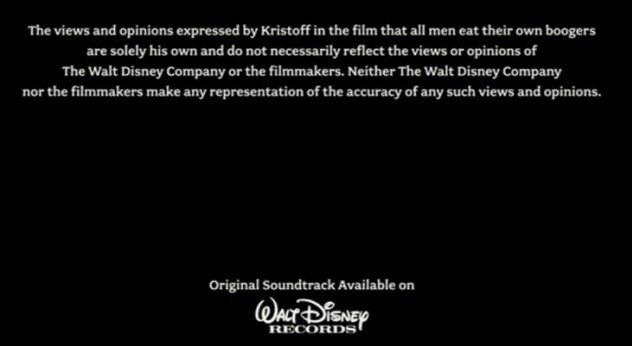 We’ve all seen or at least heard of Disney’s huge 2013 release Frozen where the ice queen accidentally freezes over Arendelle and must save her sister’s life with true love. The real question is: How much attention were we paying to the credits?

Disney producers decided to have a little fun with the final credits as a treat for those eager enough to stay to the end of the film. First, “Caffeination” is listed as one of the jobs. Yes, Carlos Benavides actually got credited for getting coffee for the animators.[8] If you knew how many hours were put into making the film, you would understand that this was an extremely important role.

The more noticeable joke slipped into the Disney credits is a disclaimer which reads:

The views and opinions expressed by Kristoff in the film that all men eat their own boogers are solely his own and do not necessarily reflect the views or opinions of The Walt Disney Company or the filmmakers. Neither The Walt Disney Company nor the filmmakers make any representation of the accuracy of any such views and opinions.

Just in case you thought the animators were sitting around eating their own boogers.

2 Yen Sid Is Disney Backwards In ‘The Sorcerer’s Apprentice’ 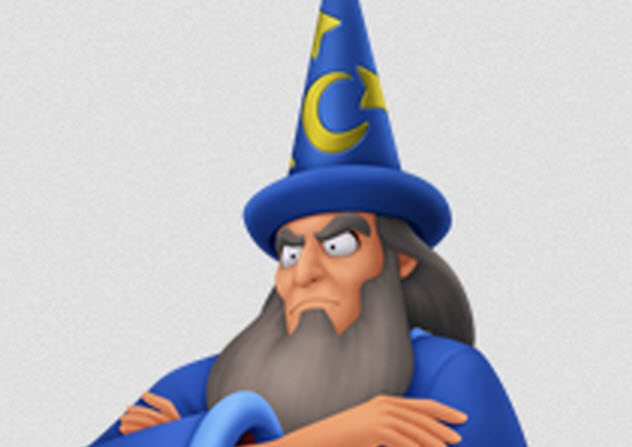 Yen Sid is the sorcerer from “The Sorcerer’s Apprentice,” a well-known segment from Disney’s Fantasia. While seemingly odd, the name is actually a nod to Walt Disney himself.

If you look carefully enough, the name is derived from the word “Disney” backwards.[9] The animators did this to give acknowledgment to the efforts put into many concepts and films by Walt Disney himself.

1 The Beast Is A Little Bit Of Everything 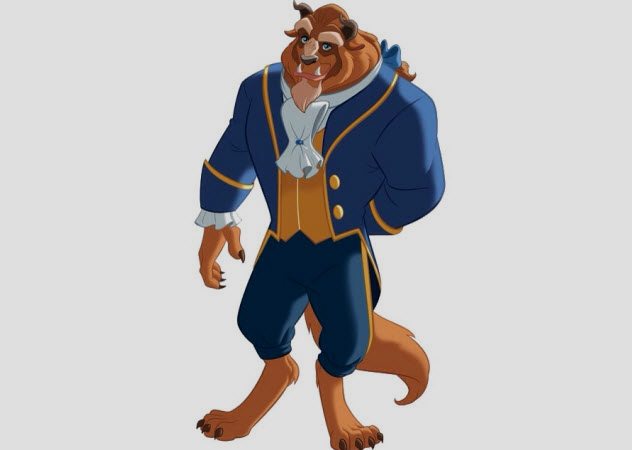 Have you ever wondered what the Beast from Beauty and the Beast was based on? Perhaps you just assumed that it was a creation from someone’s imagination. To a degree, you were right.

The animators who designed the Beast selected the animals that they found to be most terrifying and morphed them into one design.[10] The result is a composition of a lion’s mane, a gorilla’s brow, a buffalo’s beard and head, a human’s eyes, a bear’s body, a wild boar’s tusks, and a wolf’s tail and legs. Combine all these animals together, and you get a beast!

My name is Tarni Kirkpatrick, and I am the author and editor of Life in Wonderland, an online travel blog. I started this when I began my journey around the world, and it has been growing ever since. Check it out at lifeinwonderland.net, or add me on Instagram or Twitter.

Read more bizarre facts about Disney on 10 Strange Facts About Disneyland That Will Really Surprise You and 10 Bizarre Things You Never Knew About Disney.