The world is full of weird and wonderful things, but a person can hardly be expected to keep up with all of them. Luckily, we’re here to help. You can check the mind-blowing list for a rundown of all the crucial stuff going on in the world right here. In this list, we present to you some of the stranger stories that made headlines.

This week, we have stories on jewels and gemstones. We talk about the largest diamond in North America, planets made of rubies and sapphires, and the rings of Saturn. We also embroil ourselves in a classic gastronomical debate, examine a 4,000-year-old cold case, and find out what kind of pornography people have been watching in 2018. 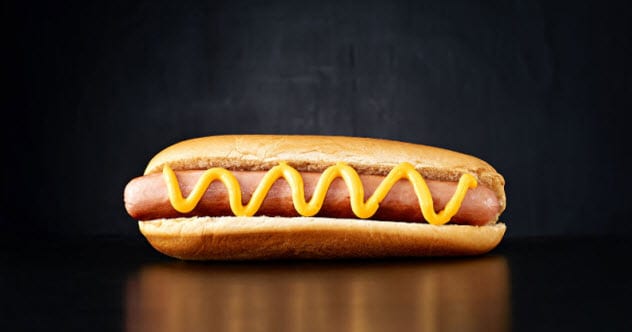 There is a debate which has raged on from time immemorial: Is a hot dog a sandwich? As it turns out, it might be a taco.

The National Hot Dog and Sausage Council does not consider their eponymous food a sandwich. The Merriam-Webster Dictionary does, for example. So do certain states like New York for the purposes of sales tax laws.

The Washington Post kicked the hornet’s nest last week when they declared that the hot dog is, in fact, a taco. This is according to a popular new online guideline known as the Cube Rule which aims to make sense using geometry.[1]

The Cube Rule divides foods based on starch placement or, in other words, the number and locations of bread or bread-like pieces. It looks at them as if they were the sides of a cube.

A food with starch on the top and the bottom is a sandwich. A food with three connected starch sides is a taco. Therefore, the Post proclaimed the hot dog to be a taco. Surely, this will be received well and not cause further controversy. 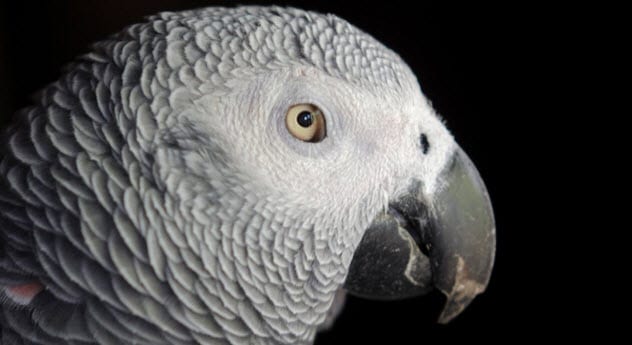 Going by the news, the United Kingdom has a problem with cheeky talking parrots. Last month, we talked about an African grey parrot that brought out the firefighters to its Daventry home by imitating a fire alarm. Before that, the London Fire Brigade tried to rescue a macaw from a roof. The bird told them to “f—k off.” Now we learn about Rocco, another African grey that’s been trying to buy stuff online using an Alexa device.

Rocco resides with foster owner Marion Wischnewski in Berkshire, England. She took him in because he was too much of a handful at the animal sanctuary where he lived. However, Marion soon discovered that the parrot has found someone else to chat with while she is away—her virtual assistant.

On separate occasions, Rocco has talked Alexa into attempting to purchase things like strawberries, watermelon, light bulbs, and even a water boiler. None of the sales actually went through thanks to a parental lock.[2]

It’s not all shopping, though. Rocco also gets Alexa to tell him jokes and play songs. On one occasion, Wischnewski returned home to find Rocco dancing to romantic music.

8 Middle Finger To The Law 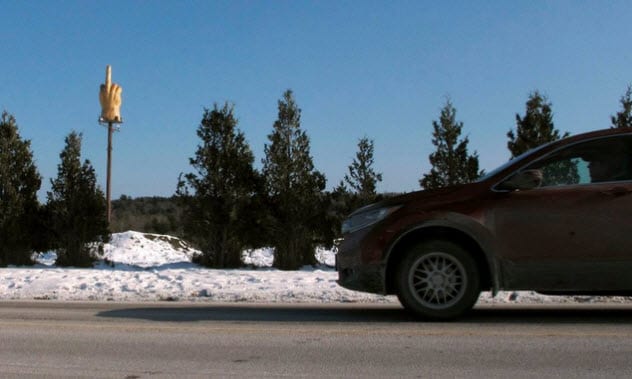 A man from Westford, Vermont, has erected a large middle finger sculpture to express his frustrations over a dispute with town officials.

For almost 10 years, Ted Pelkey has been trying to get his truck repair and recycling business moved to his property. He has been unable to do so because he can’t get the right permit.

Finally, he decided that his time and money would be better spent by showing the Westford Select Board what he thinks of their zoning regulations. He spent $3,000 on a 2-meter-tall (7 ft) carving of a wooden fist with its middle finger in the air.[3]

This November, Pelkey added a bit more visibility to his sculpture by placing it on a 4.9-meter (16 ft) pole with lights. Now it can be seen from the road by people walking or driving by. In fact, it has garnered quite a bit of fame. The disgruntled man says that motorists now pull off the road and walk up to the fist to take pictures with it.

The board’s chairwoman Allison Hope made no comment about Pelkey’s protest. She simply said that they are in the middle of an appeal “that’s been going on for a while.” 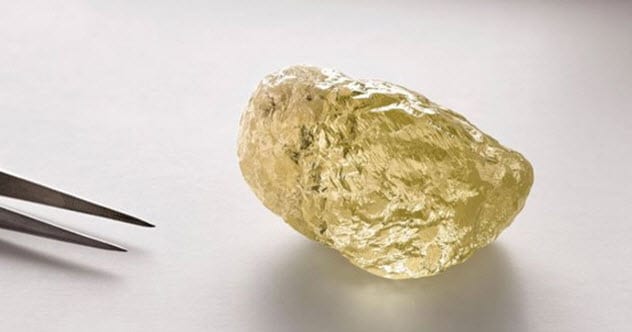 The largest diamond ever uncovered in North America has been found in a mine in Canada.

The gemstone was located in the Diavik Diamond Mine in the Northwest Territories. It is a 552-carat yellow diamond which measures 33.74 millimeters (1.33 in) by 54.56 millimeters (2.15 in). This absolutely dwarfs the previous record holder which was unearthed in the same mine and was named Foxfire.

Foxfire was two billion years old and 187.7 carats. It went on display at several museums around the world before being cut into two pear-shaped earrings which sold for $1.5 million at auction.

It is still too early to say what the future has in store for this new diamond. Even though it was discovered back in October, it still doesn’t have a name yet. The next step would be to decide on the master cutter who will cut and polish the gemstone. Given the size and value of the diamond, there are only a handful of people in the world qualified for such a task.[4] 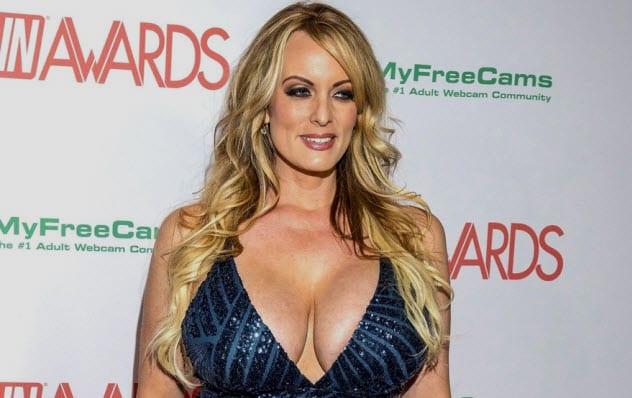 The second most popular search of 2018 was “Fortnite,” a multiplayer battle royale video game which has drawn in over 100 million players since it came out. In fact, that was not the only video game–related term that proved to be popular. At No. 9 was “Bowsette,” a fan-made, unofficial female version of Bowser, the villain from the Super Mario franchise. Following “Fortnite,” the Top 5 pornography searches of 2018 were rounded up by the terms “4K,” “romantic,” and “trans.”[5] 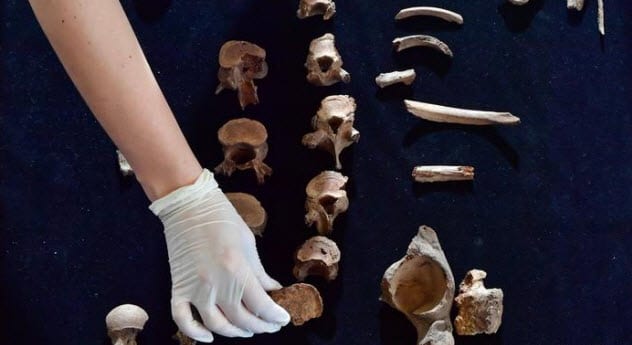 Forensic scientists have uncovered an ancient political assassination after analyzing the 3,900-year-old remains of a high noble from the Unetice culture.

Back in 1877, archaeologists found one of the richest European troves from the Early Bronze Age buried under the Leubinger mound. Among the artifacts were the bones of a high noble of great importance known as the prince of Helmsdorf.

His remains were dated to around 1900 BC. Although they bore signs of injury, it wasn’t until recently that they were examined by an expert team led by Frank Ramsthaler, deputy director of the University of Saarland Institute for Forensic Medicine.

The team analyzed the bones and found three clear injuries which would have been fatal. The attacker wielded a dagger with a blade of at least 15 centimeters (6 in). The killer stabbed the prince in the stomach and the spine, and given the penetration of the thrusts, the victim was either pinned against the wall or lying on the floor.[6]

Although these stabs would have certainly severed arteries and killed the victim, the prince had a precision death blow dealt from above and behind the collarbone. His attacker was described as an experienced warrior and, perhaps, an assassin.

4 Saturn Is Losing Its Rings 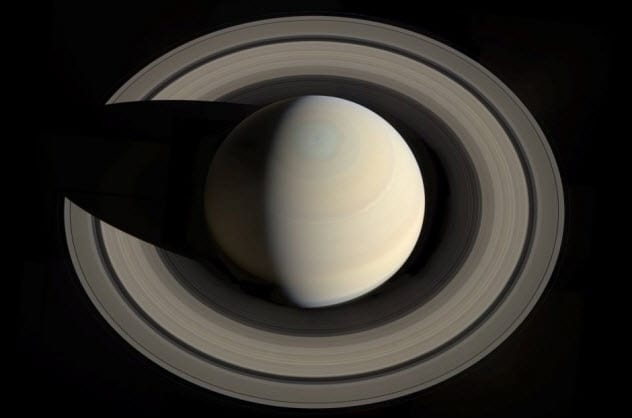 A new study published Monday in the journal Icarus confirmed that Saturn is facing a “worst-case scenario” pertaining to the loss of its signature rings. They could disappear completely within 100 million years.

When Voyagers 1 and 2 passed by the planet, NASA scientists realized that the gas giant would eventually lose the bands which orbit it. They estimated that the ring system would be gone in 300 million years. However, new data from the Cassini spacecraft suggests that the initial estimation was overly optimistic and that the rings will disappear in less than 100 million years.[7]

The reason for this is a phenomenon called “ring rain.” Saturn’s gravity pulls in tiny ice particles from the bands which fall on the planet as rain. According to NASA scientist James O’Donoghue, Saturn drains enough water to fill an Olympic-sized swimming pool every 30 minutes.

By going in the other direction, we can also estimate when the rings first appeared. This has long been a hot debate among scientists, and the new study suggests that they formed less than 100 million years ago.

We are fortunate to be around at the right time to observe the rings at their peak. However, scientists are now considering the possibility that the other gas giants Jupiter, Uranus, and Neptune might have also once had impressive ring systems where only thin ringlets now remain.

A Nigerian man died during a sex competition with a female partner to see which one could last longer in bed.

A middle-aged man identified as Davy was found dead in a hotel room in Ikotun, Lagos State. With him at the time of his passing was a woman identified as Loveth. According to her, the two got into an argument over who had more stamina in the bedroom so they decided to settle it with an endurance contest. Davy was so confident that he even staked 50,000 Nigerian naira ($137) on the outcome.[8]

The couple booked a hotel room. The amorous marathon lasted for six rounds during which both partners seemed up to the task. During the seventh round, however, Davy collapsed on top of Loveth. She contacted hotel management who, in turn, alerted the police. They confirmed that the man was deceased. Loveth gave her statement at the station, but authorities are waiting on the autopsy before proceeding further.

2 Research In The Reef 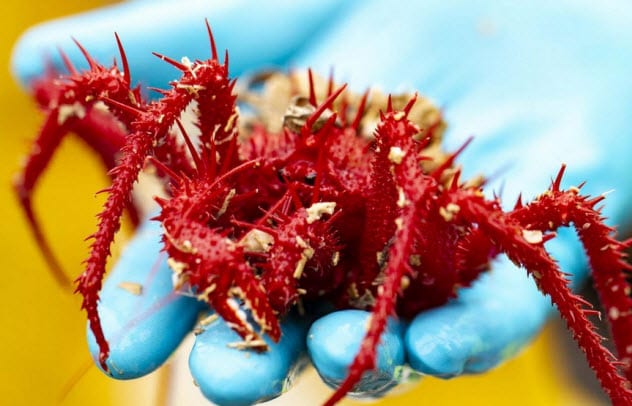 A four-week survey of the deep-sea coral reef in undersea mountains south of Tasmania uncovered an extraordinary marine world filled with over 100 unnamed species.

The region is part of the Tasman Fracture and Huon marine parks. It contains over 100 seamounts with incredibly rich and diverse marine life. A new initiative spearheaded by the Commonwealth Scientific and Industrial Research Organization (CSIRO) launched the research vessel Investigator and surveyed 45 of those seamounts.[9]

The results were quite astounding, especially if you like bizarre animals. Scientists covered 200 kilometers (124 mi) in total length, reaching depths of 1,900 meters (6,230 ft). They spotted countless rare animals, over 100 of which still lack taxonomical identification. Many were completely new to science, particularly among the mollusk specimens collected.

The research team has over 300 hours and 60,000 images to analyze, so the results are far from comprehensive. It should also be noted that out of the 45 surveyed seamounts, only seven were crisscrossed in detail. More particulars and more new species are expected to be announced in the weeks and months to come.

1 Lucy In The Sky With Sapphires And Rubies 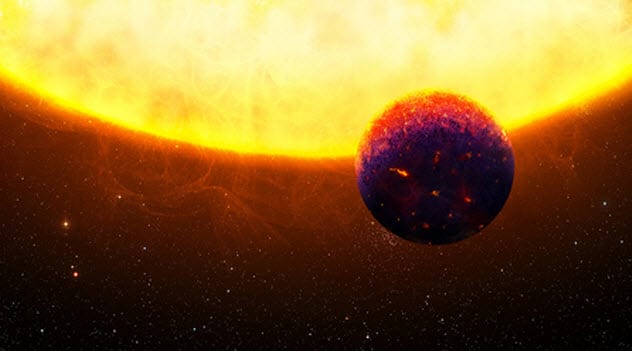 Researchers from the Universities of Zurich and Cambridge announced the discovery of a new class of super-Earths in the scientific journal Monthly Notices of the Royal Astronomical Society. These planets were formed at extremely high temperatures close to their host stars. Their composition consists mainly of large quantities of calcium and aluminum as well as their oxides, such as rubies and sapphires.

HD219134 b is located 21 light-years away in the constellation Cassiopeia and has roughly five times the mass of Earth. It is one of three candidates put forward by Caroline Dorn, astrophysicist at the Institute for Computational Science of the University of Zurich, and her colleagues as a new, exotic class of planets.[10]

Rocky planets, as we know them, generally form out of the solid bodies left over once a star’s protoplanetary gas disk disperses. These objects typically have an iron core and a composition with elements such as iron, silicon, and magnesium.

However, this new class of planets forms much closer to the star while many elements are still in their gas phase. For example, HD219134 b has a yearly orbit that’s just three days long.

Their building blocks are vastly different from other rocky planets. The planets have hardly any iron and, therefore, lack the iron core and the magnetic field of Earth. They are also likely to shimmer red to blue due to the large presence of aluminum oxides like rubies and sapphires.