To help you end the week on a positive note, we have gathered all the news that might lift your spirits into one list. This is where you’ll find a nice mix of feel-good stories combined with significant achievements and tales of true togetherness. If you’d also like something weird and wacky, check out the offbeat stories list as well.

This week, we celebrate people, both young and old, who achieve great things. There is also a notable milestone and a man who does something kind to help out two complete strangers. There are some inspirational tales about a fireman, a police officer, and a veteran, and we also make a quick note of the International Day of Happiness. 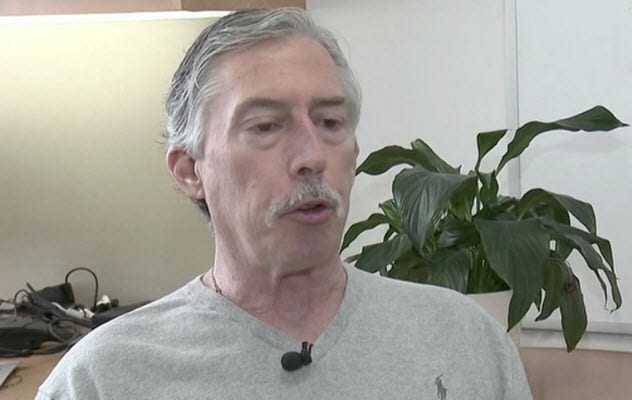 A New York firefighter was saved by the same defibrillator he requested to have installed a few months prior.

Bill Staudt has worked for the FDNY for almost four decades. Last year, the 63-year-old submitted a request with the department’s management team to install an automated external defibrillator (AED) in his Queens fire station. There was no particular reason for this—it was “just in case.”[1]

A few months after the station got its AED, Bill was working at his desk when he felt a burning sensation in his chest and collapsed. He had gone into cardiac arrest. Fortunately for him, his colleagues were able to use the defibrillator to regulate Bill’s heartbeat and stabilize him until the ambulance arrived. He made a full recovery and now has an implantable cardioverter-defibrillator in his chest which monitors his heart nonstop.

9 Going Out Of Your Way For A Stranger 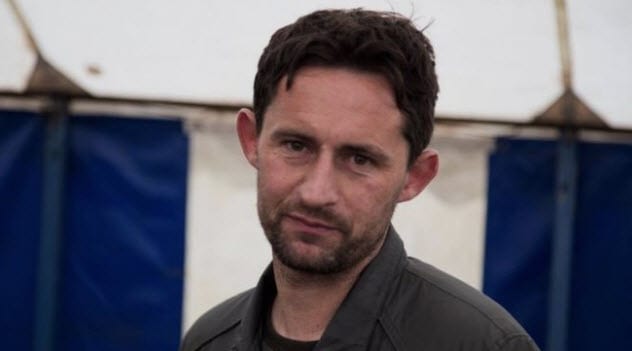 This week’s random act of kindness comes to us courtesy of Dean Moore from North Ormesby, North Yorkshire, England. He drove over 640 kilometers (400 mi) out of his way to help a stranger pay a last visit to her dying mother.

Last Sunday, Ron and Sharleen Gillies were driving from Edinburgh to Cambridge because Mrs. Gillies’s mother was terminally ill and did not have long left. They had a small accident on the way near the town of Stockton-on-Tees. Although nobody was injured, the couple was left with no car and with little time to spare.

Fortunately for them, Dean Moore saw them by the side of the road and stopped to see if he could help. Upon hearing their story, he drove the couple 320 kilometers (200 mi) to their destination and then turned around and made the return trip. He refused to take any money, and the couple arrived in time to say goodbye.[2]

8 Running For A Good Cause 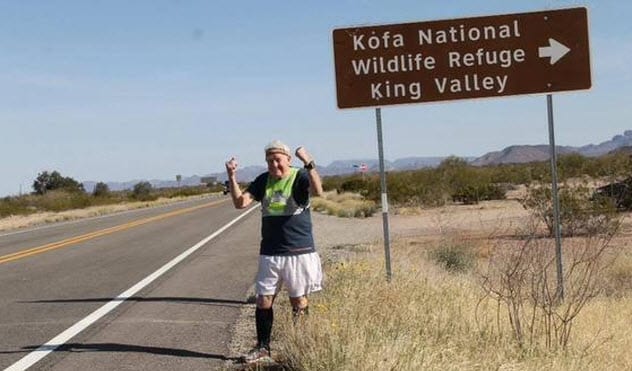 Back in 2016, then 93-year-old Ernie Andrus became the oldest person to run across the United States. He made the trip from San Diego, California, to St. Simons Island, Georgia. Now he has set off in the opposite direction to beat his record and raise money for a war memorial.

A former World War II Navy veteran, Ernie’s dream is to raise enough money to take the USS LST-325 back to Normandy for a D-Day Memorial. The tank landing ship is a vessel like the one Andrus crewed in his heyday and remains the only ship in its class that is still operational. 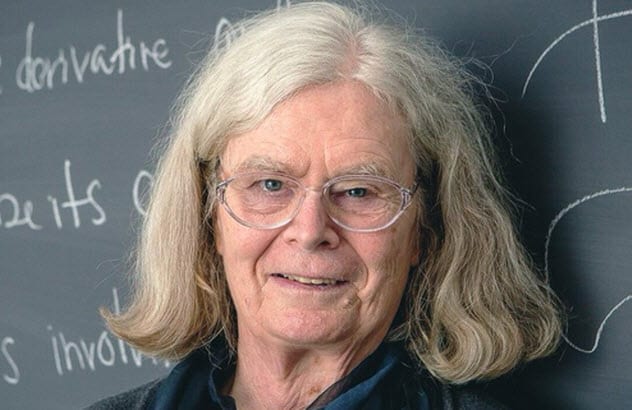 Karen Uhlenbeck has become the first woman in history to win the Abel Prize for mathematics.

She taught at the University of Texas at Austin for over three decades and is now the visiting senior research scholar at Princeton University as well as visiting associate at the Institute for Advanced Study (IAS).

According to the Norwegian Academy of Science and Letters, Uhlenbeck is the 2019 Abel Prize laureate “for her pioneering achievements in geometric partial differential equations, gauge theory and integrable systems, and for the fundamental impact of her work on analysis, geometry and mathematical physics.”[4] She studied and advanced our understanding of “minimal surfaces” such as soap bubbles.

The Abel Prize is considered by many as the mathematics equivalent of the Nobel Prize. It was first proposed over a century ago by Norwegian mathematician Sophus Lie to complement the Nobel Prizes.

King Oscar II wanted to establish the award, but the dissolution of the union between Norway and Sweden put a stop to it. It wasn’t until 2003 that the inaugural Abel Prize was awarded to Jean-Pierre Serre. The distinction also comes with a monetary prize of 6 million Norwegian kroner (approx. $700,000). 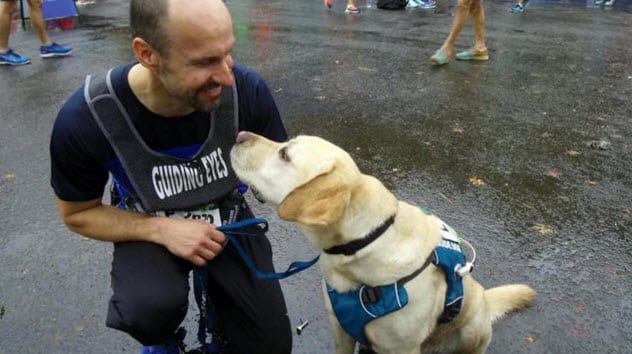 People who are visually impaired have taken part in the marathon before, but Thomas Panek is the first person to complete it with the help of dogs instead of human guides. He clocked in at just a little over two hours and 20 minutes. The dogs helped Panek make his way through the course in turns. Each one ran between 5–8 kilometers (3–5 mi) out of the total 21.1-kilometer (13.1 mi) track.

In 2015, Panek developed the Running Guides program which trains dogs to run long distances alongside people who are visually impaired. His race also helped to raise funds and awareness for his nonprofit called Guiding Eyes for the Blind which provides these kinds of specially trained pooches free of charge to people in need.[5] 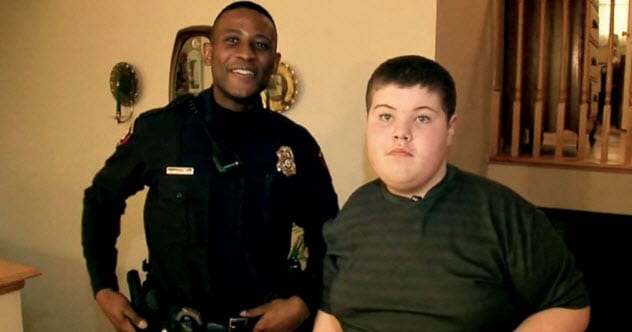 A New Jersey police officer answered the plea of a boy with autism who called 911 to help rescue his teddy bear.

Twelve-year-old Ryan Paul from Woodbridge misplaced his friend, a pocket-sized stuffed toy named Freddy. He did what he was taught to do in an event that he deemed an emergency: He dialed 911. The boy only spoke briefly to the dispatcher before hanging up, but he made mention of a “rescue.”

Officer Khari Manzini paid a visit to the Paul household to make sure everything was all right. By this point, Ryan’s father, a firefighter named Bob, had found out that his son had called 911 and was expecting a visit from the Woodbridge Police Department.[6]

As it happened, Officer Manzini had received special training in autism recognition and response. Instead of bidding them a good day and leaving, he helped Ryan find Freddy. The two posed for a picture together and went on their merry way.

Later, Bob took to social media to thank Officer Manzini for his “kindness and understanding,” although he joked that he was a little offended that his son enlisted the help of a policeman for his teddy bear rescue when there was a firefighter in the house. 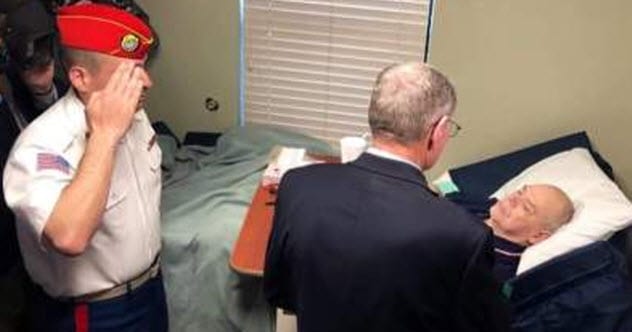 A Vietnam veteran from Oklahoma received the Medal of Valor for courage and heroism he displayed during his service more than 50 years ago.

Today is Johnny Marler’s 68th birthday. He had barely turned 18 when he was deployed to Vietnam as an army medic. One day, Marler and his unit came under enemy fire. One of his comrades was shot. Instead of running away, Marler charged into the hail of fire, performed emergency aid on the spot, and dragged his ally to safety. For this, he earned the Medal of Valor, but he never received it.[7]

Fast-forward to this week, and his son Jeremy received a call from an army official. He was going through recently declassified files and found Johnny’s award letter that had been left undelivered by mistake. On Thursday, Senator Jim Inhofe presented Marler with his long-overdue Medal of Valor. 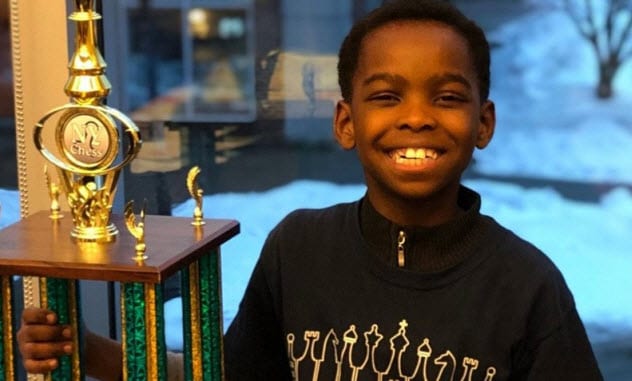 An eight-year-old homeless refugee from Nigeria is one step closer to his goal of becoming a chess grand master after winning the New York State championship in his age bracket.

Tanitoluwa Adewumi, who goes by “Tani,” competed in the 52nd New York State Scholastic Championships and went undefeated in the tournament. His group contained players from kindergarten up to the third grade and included many participants from elite schools who benefited from the tutelage of private teachers.

Tani’s family fled Nigeria in 2017 to avoid persecution by the Boko Haram. The family has been living in a shelter ever since. Tani only started playing chess a little over a year ago and soon revealed himself to be a prodigy.

He only has the opportunity to practice a few times a week, but his teacher, Shawn Martinez, says that Tani is already 10 times more adept at chess puzzles than your average player. Martinez believes that the boy is on pace to accomplish his goal of becoming a grand master in as little as two years.[8]

It is likely that the Adewumi family won’t remain homeless for long. A fundraiser for them gained over $200,000 in less than a week. Tani’s story resonated with many people, including former US President Bill Clinton who shared it on Twitter and helped raise awareness. 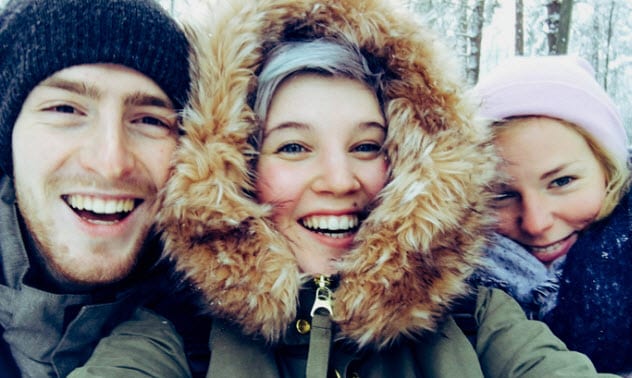 Wednesday, March 20, was the International Day of Happiness. The celebration was commemorated by people around the globe by doing and saying the things that make them (and those around them) happy.

The international day was established in 2012 after the resolution was passed by consensus of all 193 member states of the United Nations. On the official website, visitors can see the 10 steps recommended to celebrate it. They include sharing your happiness with everyone else, pledging to create more joy in the world, and doing what you can to advance global goals such as eliminating hunger and poverty and reducing inequality.[9]

The UN also published the World Happiness Report which has become chiefly known for ranking countries by their happiness level. For the second year in a row, Finland claimed first place, followed by Denmark, Norway, Iceland, and the Netherlands.

According to coeditor John Helliwell, professor emeritus of economics at the University of British Columbia, the report considered six variables when establishing the rankings: freedom, trust, income, generosity, social support, and healthy life expectancy. Finns are happy because “they pay high taxes for a social safety net, they trust their government, they live in freedom, and they are generous with each other. [ . . . ] That’s the kind of place people want to live.” 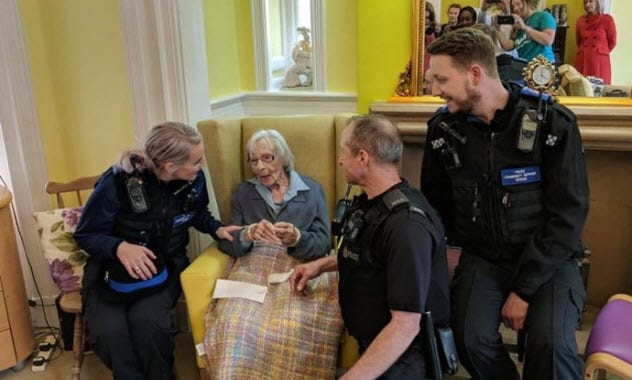 Police entered the Stokeleigh Care Home in Bristol, England, and arrested centenarian Anne Brokenbrow. The charge was “being an upstanding citizen for the last 104 years.” No, they hadn’t gone mad. They were fulfilling the wish of a woman who had never done anything wrong in her life and wanted to see what it was like to be on the wrong side of the law.

Anne was handcuffed, taken outside, and placed inside the back of a waiting police car. The vehicle drove off with sirens and blue lights blazing. The care home said that Anne enjoyed every minute of it.

The wish was granted with the help of Alive Activities, a UK charity that seeks to enrich the lives of the elderly by organizing fun and unique ventures. They found out about Anne’s request through an initiative called the Wishing Washing Line.[10]

Care home residents simply write their wish and contact details on a piece of paper and leave it clipped to the washing line. The wish can be claimed by anyone with the means and desire to fulfill it.