Have you ever looked at someone and thought, “I would love to be able to do what they do?” We’ve all done it at one time or another, but how often do we take steps to achieve that goal? This list looks at 10 people who live by the philosophy that age is nothing but a number, proving that you’re never too old to start something new (or pick up something you used to do) and excel at it. 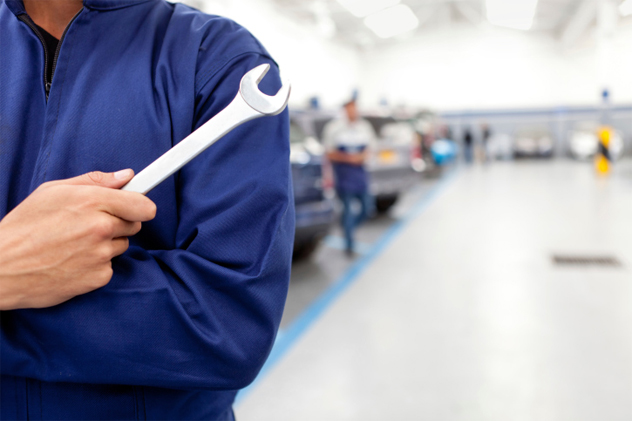 George Weiss doesn’t know what it means to give up. The 84-year-old has been in love with inventing and tinkering with things for his whole life. For the last 50 years it was a hobby, albeit one he spent a lot of free time on. He worked as a wallpaper hanger until his retirement at the age of 75. His inventions haven’t gotten much further than his basement, where over 80 inventions are stored. From storage shelves to Christmas ornaments, Weiss loves to think up new ideas. Not one of his ideas had ever been accepted by a company before, but he kept at his passion anyway.

Then he came up with an invention called the Dabble. Dabble is a word game Weiss concocted. An average game lasts 15 minutes and is played by creating five words out of 20 lettered tiles. He says he loves the game so much because he played it with his wife, who now suffers from Alzheimer’s; the two have been married for 61 years. Since the game went viral and has recently been turned into a mobile app, Weiss has become the world’s oldest app inventor.

In 2010 and 2011, at the ages of 73 and 74, the Guinness Book of World Records dubbed Ernestine Shepherd the world’s oldest performing female bodybuilder. Only two decades earlier, Shepherd was in her 50s and unhappy with her body. She says she was unhealthy and inactive, until she decided to take control of her health and began exercising. Her first foray into the exercise world was when she joined her sister in a basic aerobics class at the age of 56. Her sister passed away shortly after in 1992. Slowly, Shepherd started working out more and more, but she only started lifting weights when a trainer suggested she give it a try.

Now her life revolves around her health regime. She wakes up at 2:30 every morning and runs 10 miles, then goes to the gym, where she now works as a personal trainer. She isn’t just a body builder—she’s also a competitive marathon runner. Shepherd says that her aim is to carry on her sister’s life goal, which was to inspire others to live a healthy life. She says that anyone can start from zero and achieve their fitness goals.

Ernestine Sheppard isn’t the only senior citizen to be breaking records. Hailing from Shelburne, Vermont, is Flo Meiler, who got involved in track and field when she was 60 years old. Five years later, she started pole vaulting. At 79, Meiler already had 12 US records and a whopping 15 world records to her name. She says she’s been active most of her life, but now—just one year shy of being an octogenarian—she’s in the best shape ever.

Transitioning from playing tennis in the Senior Olympics to competing in track and field was a shot in the dark. She was asked to give it a try when the team was short on people. She placed in the top four in her first competition, which inspired her to keep going. 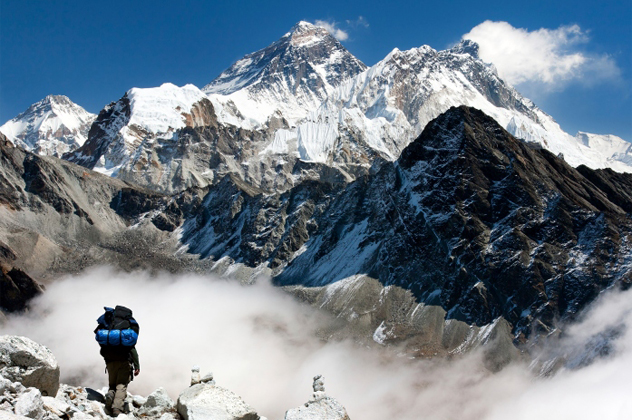 At the age of 80, Yuichiro Miura broke the record and became the world’s oldest person to reach the summit of Mount Everest. He isn’t the only one trying to break the record, either. The Japanese record-breaker previously climbed the mountain at the age of 75, only to be beaten to it a day earlier by Min Bahadur Sherchan, who was 76 years old. Miura’s love of Everest started decades earlier. He skied down Everest in 1970, and has climbed the mountain multiple times since then.

Miura hasn’t been without his fair share of health problems—prior to his most recent summit he broke his hip and had heart surgery. He focused on his recovery and trained three times a week with a backpack weighing up to 30 kilograms (66 lbs). He wants to inspire others to follow their dreams: “If you have a dream, never give up. Dreams come true.”

Johanna Quaas is a woman who won’t let age stop her. Named the World’s Oldest Gymnast by the Guinness Book of World Records at age 86, Quaas picked gymnastics up after she had children, and participated in her first event when she was 57 years old. She competed in the 2012 German Cottbus World Cup, competing on parallel bars—which is normally an event that only men participate in. By 2012, she had 11 gymnastic medals under her belt.

Johanna’s passion for gymnastics began when she was young. She was a gymnastics coach in 1945, but when she had children she took a prolonged interlude. She mainly just does it for fun now, since she is 10 years older than anyone else in her category. YouTube clips of her at the Cottbus World Cup went viral, getting upwards of 3.4 million views. 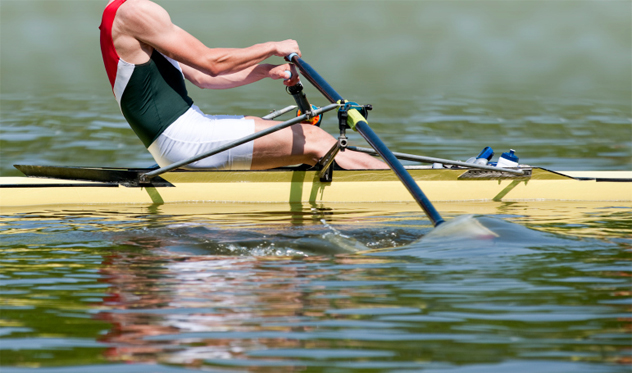 Dr. Charles Eugster is the world’s oldest rower and bodybuilder. He started bodybuilding at the age of 87. He chalks up his reason for getting in shape as being “pure vanity.” He says he wants to “turn the heads of the sexy young 70-year-old girls on the beach.” Eugster started bodybuilding when he took a look at himself and realized he had become overweight and unhealthy, so he decided to try bodybuilding. He liked the results he was getting and got a former Mr. Universe to be his trainer.

Eugster was a competitive rower in college, but when he got into the thick of his career as a dentist he stopped exercising on a regular basis. Since starting bodybuilding, he has also started rowing again. He says his only problem in the competitions is that there is no one else in his age group; everyone else is at least 10 years younger than him. Like other senior athletes, Eugster wants to inspire others to get off the coach and get active. He believes that elderly people become ill and injured because they aren’t exercising, and he hopes to change that. 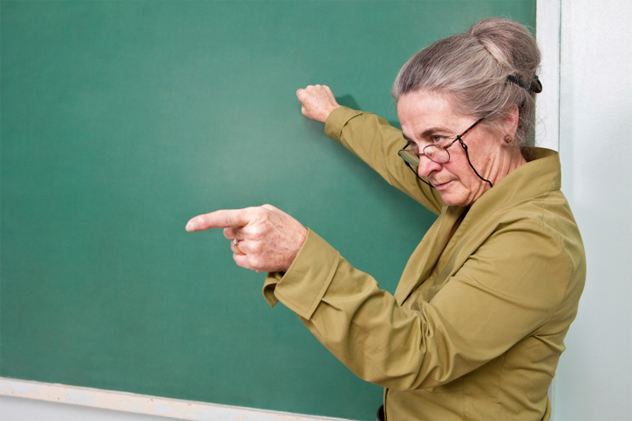 At 81-years-young, Agnes Zhelesnik joined the teaching staff at a private elementary school in New Jersey called the Sundance School. She had been a stay-at-home mother until joining the teaching roster on a part-time basis in 1995. Since then she’s moved into a full-time role, teaching classes on sewing and cooking. Born January 12, 1914, the woman who everyone at the school calls “Granny” has lived through both World Wars. Her husband passed away in 1999 after 61 years of marriage, but his legacy lives on in their two children, four grandchildren, and four great-grandchildren.

One of Zhelesnik’s children, aged 69, is also a teacher at the Sundance School. Also named Agnes, she drives her mother to school every morning. At Zhelesnik’s 100th birthday party, she still had no plans to retire, making her the world’s oldest working teacher. Students and parents alike love her for the wisdom she shares and the positivity she brings with her to school. She hasn’t had a sick day since the age of 98. In her own words, she chalks up her reason to keep going as simply, “See my two legs? They still move.” 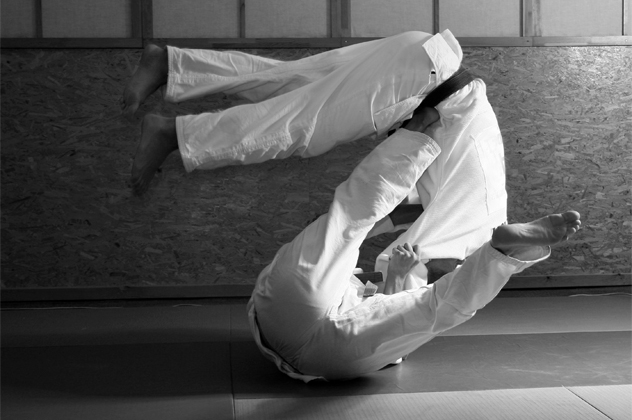 Sensei Keiko Fukuda was the first woman to be awarded a 10th degree black belt in the Japanese martial art of Judo. At that time, she was the only person living in the United States with this honor; the other three (who are all men) lived in Japan. Only 15 people have ever been recognized as a 10th degree black belt in Judo. Oh, and she was 98-years-old. Fukuda was only 147.3 centimeters ( 4’10”) tall, weighed 45 kilograms (100 lbs), and had to use a wheelchair to get around. None of that stopped her.

She was a well-known teacher based in San Francisco, California, where she taught Judo three times a week. She was a dedicated instructor, having taught the art for 51 years. Internationally renowned for her dedication, Fukuda was the granddaughter of a Japanese samurai from the 1800s. She wanted to empower women, and was a pioneer for female participation in the sport. She was the last living student of Jigoro Kano, the man who founded Judo. Fukuda, dubbed the mother of American Judo, passed away a year after achieving her life’s goal. 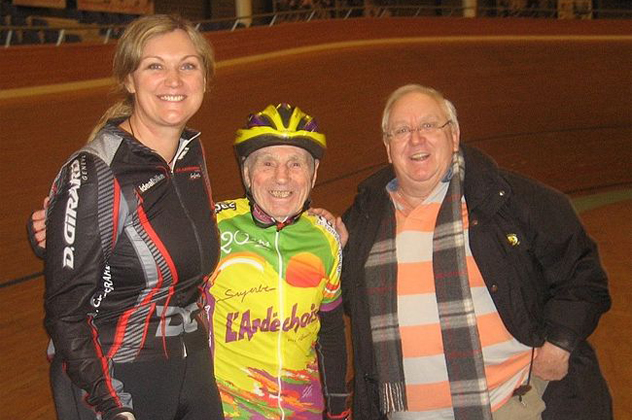 Marchand was an avid cyclist when he was young, first getting into the sport when he was 14. He took a long hiatus and started cycling again in 1978 when he was 67. He didn’t retire until he was 89, when he started dedicating more and more time to competitive racing. Realizing his limits, Marchand says he won’t ride any further than 100 kilometers. Now, at 102 years old, Marchand is still going strong, and on January 31st, 2014 he tried again to break his own record.

Dorrie Aber-Noyek was born on Valentine’s Day in 1907. She is a “super ager,” according to scientists. Super agers are people who live extremely long lives regardless of how healthy their lifestyles have been. Aber-Noyek confesses that she has never been particularly careful about her health. One of her favorite sauces is Alfredo, she eats cookies every single day, and she has never had a regular workout regime. Instead, she says what keeps her young is staying busy—she’s been volunteering at the same hospital for 40 years. She’s never driven, preferring to walk everywhere, a habit she picked up as a child in rural England.

Aber-Noyek incredibly still lives on her own, in a normal condo with no assistance. She hasn’t been without health problems or tragedy, having survived colon cancer and lost seven siblings and two husbands. She walks the hospital corridors and delivers the mail, moving so quickly that she asked a CNN reporter if she should slow down so he could keep up. She has no plans to slow down anytime soon.

When Kristance isn’t compulsively traveling the globe, she’s looking up weird facts and making awkward YouTube videos. An avid culture geek, she’s a trained anthropologist and archaeologist. Connect with her on Twitter or read about her adventures at diggingtoroam.com.