Contrary to popular belief, psychopaths aren’t all vicious murderers. Most simply use mind games and manipulation to get people to do what they want. Of course, there are those insanely savage killers (both famous and otherwise) who are labeled as “psychos.” Here are some of the more typical psychopathic characteristics observed in killers all over the world.

See Also: 10 Signs You May Be A Psychopath 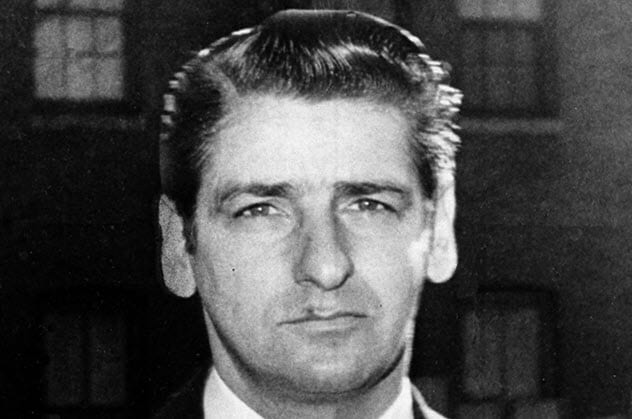 Most women love a charming, intelligent man—the kind of guy who gives compliments without leering and can work out a difficult math problem without struggling.

You won’t immediately know if he’s hiding violent psychopathic tendencies. The first killer who comes to mind when thinking about charm, intelligence, and the pretense of caring about others is Ted Bundy.

He was a psychopathic killer who made sure that his victims’ defenses were down. He did this by being charming and pretending to be an all-around nice guy. Much the same as Bundy, Albert DeSalvo (the “Boston Strangler“) was a harmless-looking, nice guy who could get people, especially women, to trust him in an instant.

Little did they know that DeSalvo would go on to murder 13 women in the early 1960s by strangling most of them with nylon stockings. He also sexually assaulted many of his victims. Although there is some debate as to whether DeSalvo was responsible for all the murders, the Boston Strangler is still believed to have been one of the most prolific psychopathic killers in history.[1]

7 The Cold and Calculating Psychopath 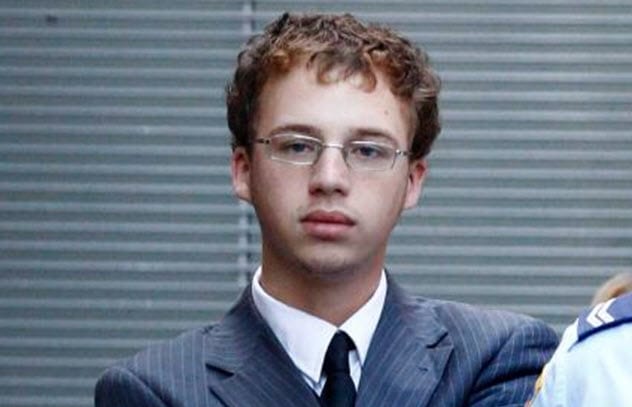 Psychopaths lack empathy and are often calculating and aggressive. They plan every move to ensure that they get their way in everything, whether at work or in their personal lives.

Daniel Jack Kelsall is the epitome of a born psychopath. He carefully planned a terrible crime, and in his execution of it, he fulfilled all his psychotic fantasies.

In 2013, Kelsall, then 20, stalked Morgan Huxley, 31, and eventually followed him to his house. Kelsall overpowered Huxley, indecently assaulted him, stabbed him more than 20 times, and then left him for dead.[2]

Even though the murder itself was frenzied, Kelsall took a lot of time planning the crime, which meant that he made very few mistakes while carrying out the killing. To this day, Kelsall has yet to show any remorse for his crime and is reportedly too busy having sex in prison to care about anything else. 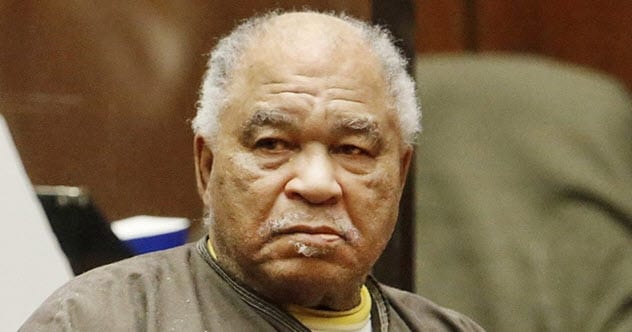 The term “proud” has more than one meaning. You can be proud of your heritage or station in life or simply have an excessively high opinion of yourself—a superiority complex. You can also be proud of your achievements in life. Psychopaths often feel immense pride in themselves and in their crimes.

Samuel Little stood trial in 2014 for the murders of three women in California. He was convicted and sentenced to life in prison without the possibility of parole.

In 2018, something unthinkable happened. Little confessed to the murder of another woman who had been found strangled to death in 1996. He also admitted to murdering a Texas woman in 1994. He continued confessing to dozens of murders—at least 50 are now confirmed as being linked to him. It is believed that he may have murdered as many as 93 people between 1970 and 2005.

There was no apparent reason for Little’s admissions because the police had not suspected him of any more killings. To explain such behavior, Dr. Rebecca Seifert Lynch, a clinical psychologist who had not examined Little, stated that Little probably confessed because he was immensely proud of what he had done and wanted to wear his “badge of honor” with pride.[3] This was most evident when he smiled in court after receiving a fourth life sentence.

Little is now dubbed the most prolific psychopathic serial killer in US history. 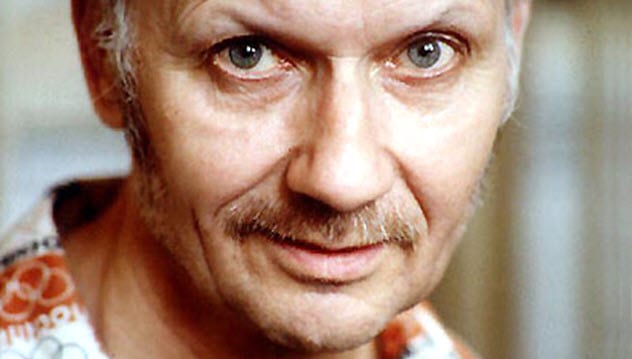 Schizoid personality disorder is not a common affliction. Those who have it shy away from social situations and don’t possess the desire to befriend anyone. They also lack the necessary interpersonal skills to form relationships with anyone.

Individuals with this condition may have suffered childhood abuse or neglect, so this often becomes a form of self-serving victimhood. A schizoid personality disorder is not always a precursor to violence. But when it is, the violent tendencies usually lead to self-harm as opposed to hurting other people.

Andrei Chikatilo was an exception. He was identified as a schizoid psychopath after his arrest and conviction for multiple killings. It seemed that he considered himself a worthless idiot, but in his imagination, he was like a king.

He was a teacher who largely failed at his job because of his inability to maintain order in the classroom, leading to a complete lack of respect from his students. He started sexually molesting some of his female students and even fondled himself in front of the class. But he was never disciplined.

It was only after complaints escalated that Chikatilo was asked to leave. Although his teaching career ended in 1981, his killing spree had already started in 1978.

4 The Deceitful and Manipulative Psychopath

Psychopaths are the worse kinds of narcissists. They not only disregard society and social cues, but they also carry this disdain for rules to the extreme, calculating and scheming ruthlessly. They are notoriously callous career criminals. They enjoy what they do—the bottom line is that psychopaths are deliberately deceitful and manipulative.

Psychopaths are unable (or unwilling) to control their impulses or to delay gratification. They use rage to control and manipulate others into submission. Many of them are sadistic, taking genuine pleasure in inflicting physical, emotional, and financial harm to their victims. Not all psychopaths are law-breakers. However, all psychopaths engage in antisocial acts such as lying, manipulation, aggression, and cruelty. John Wayne Gacy, for example, refused to take responsibility for the 26 boys buried beneath his house, even though he also once said that clowns could get away with murder. Gacy was known to entertain children dressed as “Pogo the Clown.”

After being convicted and sentenced for sodomizing two young boys in 1964, he served 18 months and then relocated to Chicago, where his activities did not stop. In 1976, parents of a young teenager who worked for Gacy wanted the police to investigate when their son disappeared. Unfortunately, no investigation was starte4d. In 1978, the Des Plaines police did investigate Gacy for the disappearance of a 15-year-old boy. They searched his house and found several suspicious items possibly belonging to several missing boys.[5]

Gacy was eventually arrested and entered an insanity plea that, however, did not work. He was found guilty and sentenced to death. Of his victims, he said, “I think after 14 years under truth serum, had I committed the crime, I would have known it. There’s got to be something that would … would click in my mind. I’ve had photos of 21 of the victims, and I’ve looked at them all over the years here, and I’ve never recognized anyone of them.”

Gacy used deceit and manipulation to get away with murder, as many of his neighbors claimed to have really liked him. 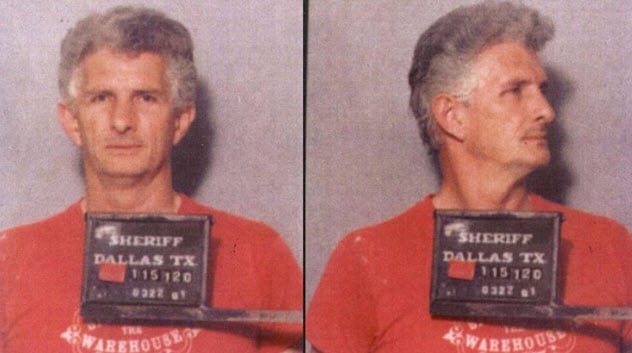 Considering that “depraved” is defined as being morally corrupt or wicked, it could be argued that all murderers are depraved. However, some make a major effort to live up to the adjective.

Charles Albright started killing small animals when he was just a teenager. He described it as an interest in taxidermy. He was only 13 when he was arrested for the first time.

Even so, he appeared gentlemanly and considerate. He was also extremely bright and enrolled at North Texas University at age 15. He even started premed classes but soon dropped out. After he turned 16, he was arrested for theft of money and the possession of firearms and was sentenced to one year in prison. Albright was in and out of prison in the years that followed.

In 1990, Albright’s first murder victim was found. Thirty-three-year-old Mary Lou Pratt had been beaten and shot. Her eyes had been removed. In 1991, two more victims were found shot and beaten, with their eyes removed as well.[6]

When Albright was eventually arrested for the murders, he was described by those who knew him as a soft-spoken gentleman who was fluent in Spanish and French. He was also a fantastic painter and a piano wizard. His friends simply could not fathom that Albright had viciously murdered and mutilated three women.

He was found guilty of only one murder and is currently incarcerated in a psychiatric unit in Texas.

2 The Narcissistic and Boastful Psychopath 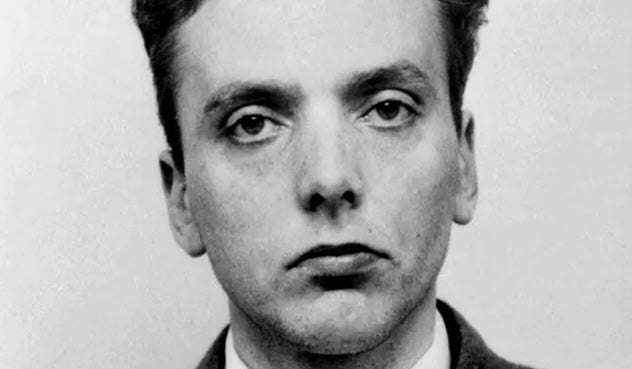 Some psychopathic killers feel that they haven’t received enough credit for their gruesome acts. An example is Ian Brady, who has also been described as a “true psychopath.” Brady murdered five children, with at least four suffering sexual assault as well. As a result, he and his accomplice, Myra Hindley, were imprisoned for life.

Hindley tried all avenues to get herself out of prison. She cut off all contact with Brady, professed her innocence, and then gave a full confession admitting to involvement in all five murders.

In 2003, Professor Jeremy Coid, a forensic psychiatrist, interviewed Brady. He refused to show any remorse for his crimes and even smirked at the idea of it. He also hinted that he was responsible for even more murders than those for which he had been convicted. Brady revealed that the thrill from killing a person was too fleeting for his liking and ultimately a letdown.[7] 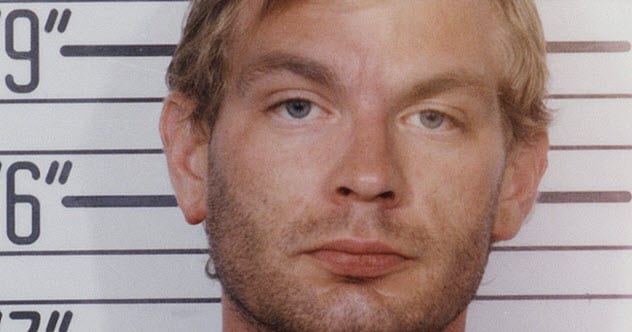 Psychopaths, especially the narcissistic kind, crave attention, enjoy bullying people, and love abusing them. They also get bored quickly, like to test life’s limits, and seek whatever thrill they can find. They cover up their core of psychosis with a veil of polite, unassuming personality traits.

Perhaps the best example of a terrifying but outwardly unassuming psychopathic killer is Jeffrey Dahmer. After Tracy Edwards escaped Dahmer’s claws and brought police to the killer’s apartment, it was only a few disturbing photographs lying in plain sight that tipped off the officers. If it hadn’t been for that, the police most likely would have turned and walked away from the polite Dahmer, who had almost convinced them that it was all a misunderstanding.

Once they searched the apartment, the true scale of Dahmer’s psychotic tendencies was revealed. Skulls perched on a computer, a drum full of bodies, and heads inside a freezer were just the tip of the horrifying iceberg. Evidence suggests that Dahmer had been experimenting with cannibalism to fulfill his thrill-seeking fantasies and had eaten parts of some victims.[8]

Eventually, Dahmer was sentenced to 16 life terms for murder. He was killed by a prison inmate in 1994.