The British Broadcasting Corporation, aka the BBC, is the official public broadcaster of Britain. Nevertheless, it claims to be independent of the British government and will not hesitate to snitch on the latter whenever it gets the opportunity. Considering its reputation, there are some pretty interesting facts about the BBC.

For instance, the BBC has elaborate plans on how it will report the death and burial of Queen Elizabeth II. This is even though the queen is still alive and well. It also suffered the first on-air hacking incident, once banned a song because listeners often clapped to its lyrics, and started playing pop music after a murder.

10 The BBC Rehearses The Queen’s Death Every Year 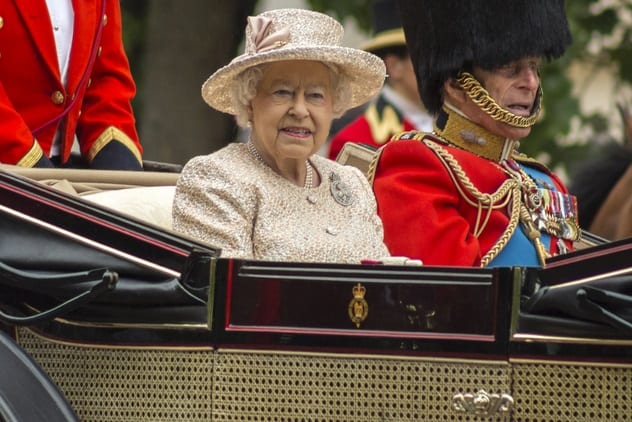 The BBC used to be the first news agency to receive information about the death of a royal. However, this time, it will receive the news at the same time as other news agencies. Every BBC channel will tune to the BBC Channel One to rebroadcast news about the queen’s death.

BBC broadcasters are always prepared for this broadcast. In fact, BBC stations always have black ties their presenters can put on before reporting the news.

9 The BBC Once Reported That There Was No News 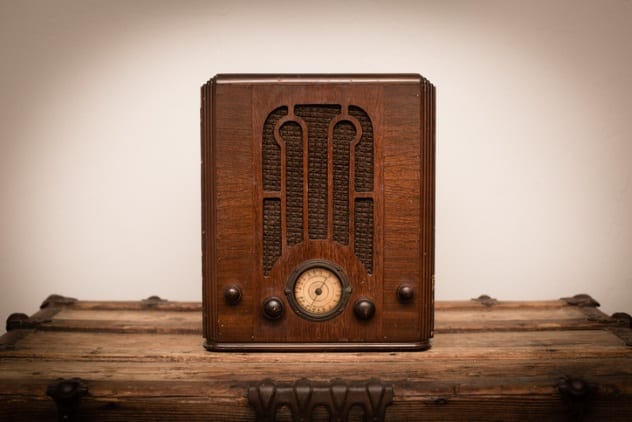 The BBC is famous for its news. However, it is also famous for not reporting the news. On April 18, 1930, the BBC did not report any news because it had no news. At 8:45 PM that day, a broadcaster went on the air and said, “Good evening, Today is Good Friday. There is no news.” Then the BBC went on to play piano music for the next 15 minutes.

There is always news, so it is surprising that the BBC said there was none. This was because the BBC had a monopoly on news reporting in Britain at the time. This meant that it also had a monopoly on what it considered newsworthy.

The BBC only reported news it felt would improve the morality of the British. And it was willing to forgo the news instead of reporting on things it considered distasteful. However, some have claimed that the action was actually an attempt by the BBC to prove it was independent of the British government.

At the time, the British government was trying to dispel a scandal that had been covered in the newspapers the previous day. The newspapers did not print on April 18 because it was Good Friday, so the government probably switched to the using the BBC to inform citizens of their position. However, the BBC could have decided to not report the news at all rather than report news to support the government.[2] 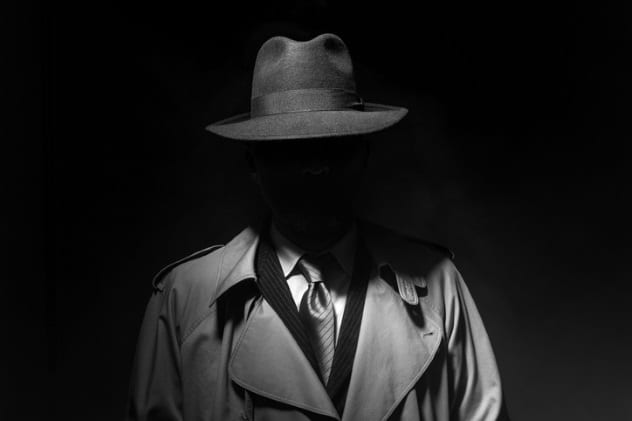 The Cold War was a bad time to be a communist in the West. The British government feared having communists in the media so bad that an undercover MI5 agent once vetted all BBC broadcasters to determine who could go on the air and who couldn’t.

MI5 agents worked undercover at the BBC from the late 1930s until the Cold War ended in 1991. Prospective editors and broadcasters considered troublemakers or possible communists received green Christmas tree-like stamps fixed on their personal files. BBC staff did not know why their files had the green tags, and the BBC never told them, either.

Presenters like folk singer Ewan MacColl and his wife, Joan Littlewood, were among the broadcasters with the stamps. They received the tags after John Coatman, a director at the BBC, wrote to MI5 over concerns that the couple were communists and could cause a revolution.[3]

7 A Controversial Murder Forced The BBC To Play Pop Music 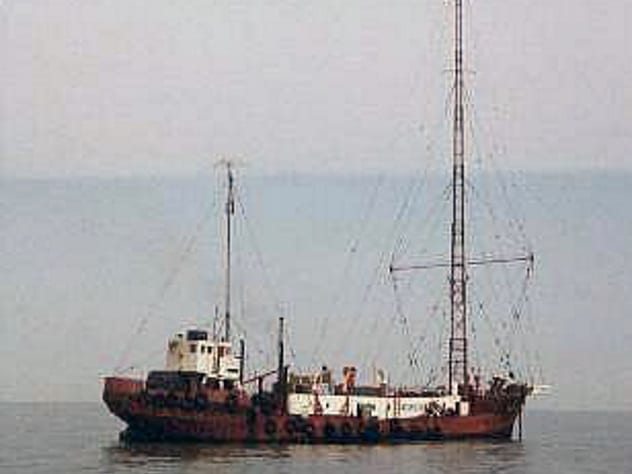 As we mentioned earlier, the BBC had a moralist stance at the time it was founded. Popular music genres like rock ‘n’ roll were a victim of this morality drive. The BBC considered rock ‘n’ roll music unsuitable for broadcast, so British citizens rarely got to listen to popular bands like the Beatles on the BBC.

This changed in 1967, when a controversial murder and a new law led to the BBC beginning to play pop. While the BBC had been insisting it would not play pop, pirate radio stations had sprung up across the UK and blasted pop to listeners.

Pirate radio stations are radio stations without operating licenses. They transmitted from ships (example pictured above) in international waters off the British coast. This made them near enough to transmit to British citizens and far enough that they were out of British government jurisdiction.

The radio stations soon got the attention of the British government, which could not decide how to handle them. This changed after a businessman named Oliver Smedley shot a pirate radio station manager dead over an argument over such a station. Smedley was acquitted of murder after the courts decided he had acted in self-defense.

However, the government seized the opportunity to pass the Marine & Broadcasting Offenses Act, which made it illegal for British businesses to deal with pirate radio station ships. The BBC quickly employed the best pirate radio DJs and created BBC Radio One to cater to pirate radio’s 15 million listeners.[4]

On December 3, 1984, 45 tons of methyl isocyanate gas leaked from a Union Carbide Corporation insecticide plant in Bhopal, Madhya Pradesh, India. The leak, which is remembered today as the Bhopal disaster, filtered into the surrounding homes, killing between 15,000 and 20,000 people. Over half a million people also suffered ill effects from the leak.

In 2004, the BBC invited Jude Finisterra, a spokesperson for Dow, for an interview about the incident. Finisterra mentioned that Dow had accepted responsibility for the leak and had agreed to liquidate Union Carbide and pay $12 billion to people affected by the leak.

The interview continued for two hours until the BBC realized that the so-called Finisterra was really an impostor named Andy Bichlbaum. However, it was too late for Dow. Two hours was enough time for its stock to fall by $2 billion.

Bichlbaum and his close ally, Mike Bonanno, were part of a group called the Yes Men. They created a fake website that mimicked Dow’s real website but with their own e-mail for people who wanted to speak with a spokesperson for the company.

The BBC found the fake site after a web search and contacted the e-mail for an interview. Interestingly, Bichlbaum and Bonanno had created the fake site two years prior. They had forgotten about it until the BBC showed up.[5]

Deep In The Heart Of Texas – Perry Como

“Deep in the Heart of Texas” was written by June Hershey and Don Swander and sang by Perry Como in 1941. Como recorded the song just two days after the Japanese bombed Pearl Harbor. The song quickly became popular in both the US and the UK. It even remained at the top of UK charts for five weeks in 1942.

“Deep in the Heart of Texas” was popular for its catchy lyrics and clapping sounds. Listeners, including students and workers, often clapped along with Como as he sang. The BBC soon realized this could become a problem because workers in bomb-making factories might accidentally drop their bombs while clapping. So it banned its broadcasters from playing the song during work hours.[6] 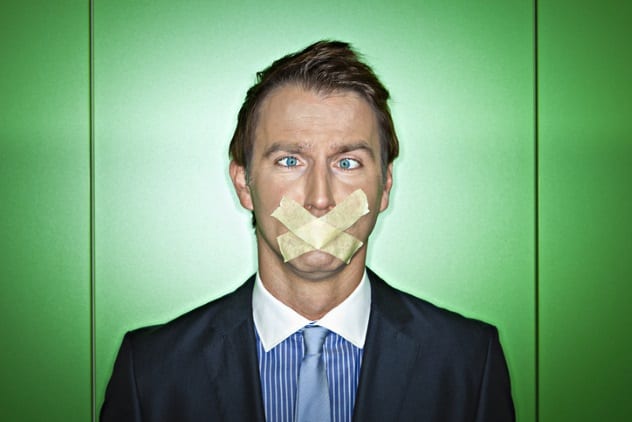 In 1949, the BBC issued a pamphlet it called The Green Book to its writers, editors, and broadcasters. The book contained the rules guiding the use of jokes on the BBC. It was elaborate and hilarious at the same time.

The book explained that jokes must not be vulgar. Jokes about bathrooms, immorality, honeymoons, fig leaves, ladies’ underwear, prostitution, maids, animal behavior, and travelers were forbidden. So were jokes about sicknesses, war injuries, and deformities. The book particularly mentioned jokes about stutterers, which it identified as being common among presenters.

Presenters, writers, and editors were also forbidden from using Biblical stories, phrases, and characters to make jokes. The ban was extended to other religions and religious ceremonies. American slang was also banned over concerns that American films and music were slowly eroding British English.

Jokes about drunks were allowed in moderation. Jokes about infidelity were allowed but needed to be heavily censored. Words like “basket,” which could be used in place of “bastard,” were also forbidden.[7]

3 The First On-Air Hacking Incident Happened To The BBC 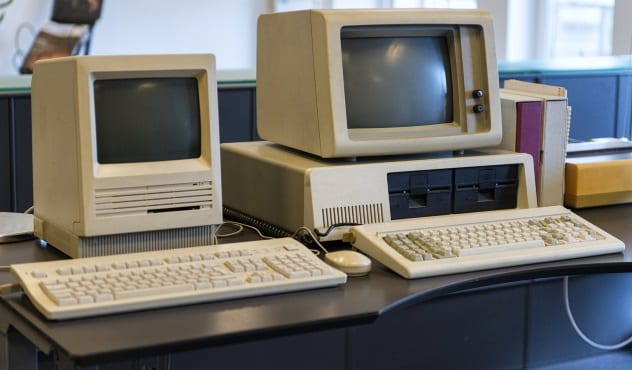 In 1983, the first on-air hacking incident occurred after someone hacked an e-mail account during a live demonstration of e-mail. E-mail was still new at the time, and the BBC was trying to educate viewers about its advantage over the traditional letter.

Presenters Ian McNaught-Davis and John Coll logged into an e-mail on live television to find a “jovial pirate’s song” uploaded by someone who had logged in before them.

The incident was embarrassing for British Telecom, the provider of the Telecom Gold e-mail service involved in the hack. British Telecom marketed its e-mail service as being very secure. It accused the BBC of deliberately staging the hack to destroy its business. The BBC denied the accusations.

The e-mail password is believed to have been compromised when the program producer recited it to Coll before the show while the microphone was on. One of the show guests probably heard the password and passed it to a friend outside the studio. The friend logged into the e-mail and left the song and other messages.[8] 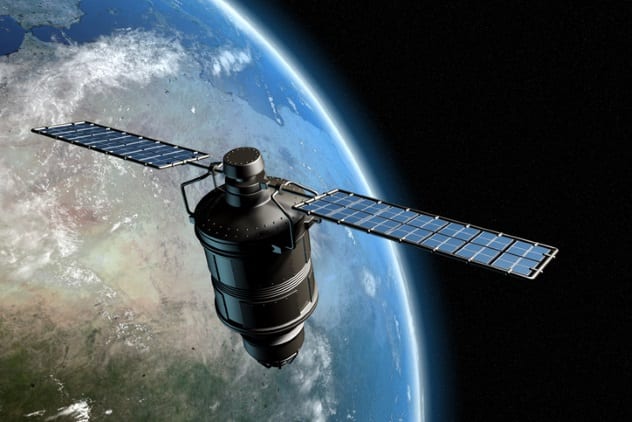 In 1985, the BBC hired freelance reporter Duncan Campbell to dig up the details of several things and events the British government was hiding from its citizens. The BBC ended up with a six-part series it called Secret Society.

Two episodes of the series were particularly damaging to the government. One exposed details about a £500 million spy satellite called Zircon. The intelligence community had secretly built the satellite without informing members of Parliament or the Public Accounts Committee, which was set up to monitor the spending of government funds.

The other damaging episode exposed secret committees of Parliament that decided on government policy away from the prying eyes of the public. The six-part documentary was supposed to be broadcast in 1986. However, the government found out and ordered a raid on Duncan’s home and the BBC’s Scotland headquarters.

The government seized recordings of the two most controversial episodes. However, Duncan later wrote about the details of the seized episodes in a column for the New Statesman. The episode about the Zircon satellite was later released to the BBC and was broadcast in 1991.[9] The other episode about the secret parliamentarian committees remains with the government. 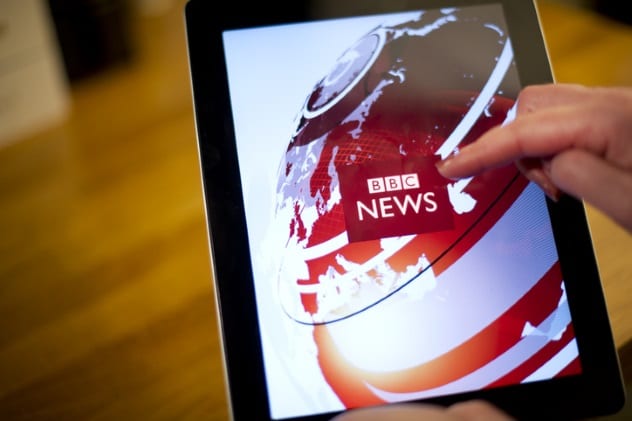 Many people outside Britain might not realize that the BBC is funded by the British government with an annual license fee paid by British residents who own televisions in their homes or download or watch BBC programs on iPlayer. The fee is currently fixed at £154.50 a year.

This is why the BBC has managed to remain advertisement-free and independent of shareholders and, as the BBC claims, government control. The amount is payable by British residents even if they do not watch the BBC on their television. It is also payable if they watch television on their phones, tablets, computers, or whatever else.

As of 2014, it was reported that 70 people were sent to prison every year for refusing to pay the fine. However, the large number of people appearing in courts led members of Parliament to propose changing the offense from a criminal to civil one.[10]