Libraries are invaluable bastions of knowledge, technology, and social resources. But there are a few that are home to more exotic collections than your average mystery paperbacks or romance novels. And some have histories more spine chilling than you’d think. Here are ten libraries where you wouldn’t want to spend the night. 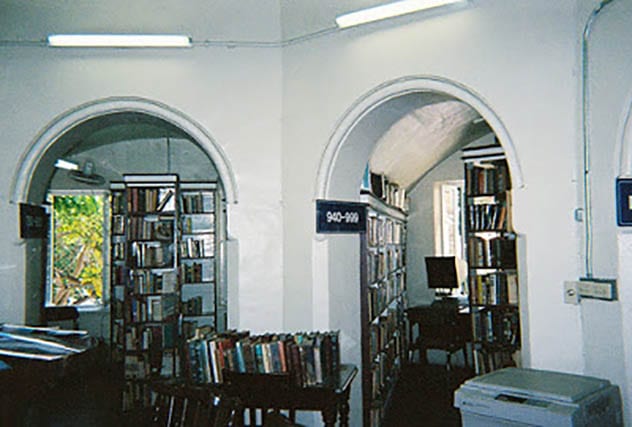 The Nassau Public Library, the largest and oldest in the Bahamas, features unique Arawak (indigenous peoples of South America and of the Caribbean) artifacts and a collection of historic prints, colonial documents and old newspapers. There is also a reading room and museum on the property. But the structure wasn’t intended to serve the public as a library at all. The unique octagonal building was originally constructed by Joseph Eveas in 1797 to serve as a correctional workhouse (a jail). Modern patrons check out books and materials from what were once tiny cells that housed prisoners over two hundred years ago. The basement of the NPL is even known as “the dungeon.”[1] 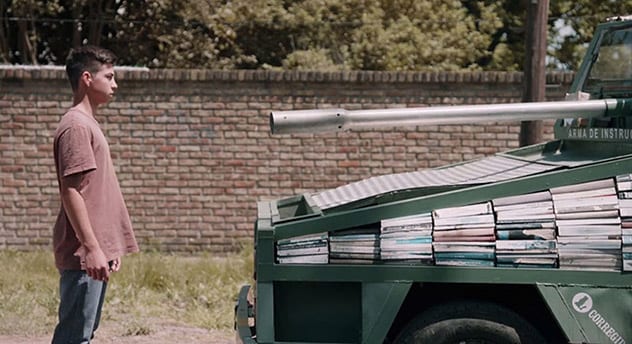 Imagine you’re walking down the street, minding your own business, when, out of nowhere, an armored tank, complete with a gun turret, glides down the avenue, seemingly in your direction. That’s exactly what artist Raul Lemesoff does in the streets of Argentina, only his “tank” is a mobile library he calls “A Weapon of Mass Instruction,” and its purpose is to disseminate books, not bullets. The “tank” is really a modified 1970 Ford Falcon that holds up to 900 books at a time. A whimsical and community-oriented (Lemesoff says the tank can generate much social good as “a structure that has the ability of transporting books, giving books away, collecting books, making a mess of people’s heads”) idea, for sure, but one that has probably inspired more than a moment of fear when that ominous silhouette rounds the corner.[2] 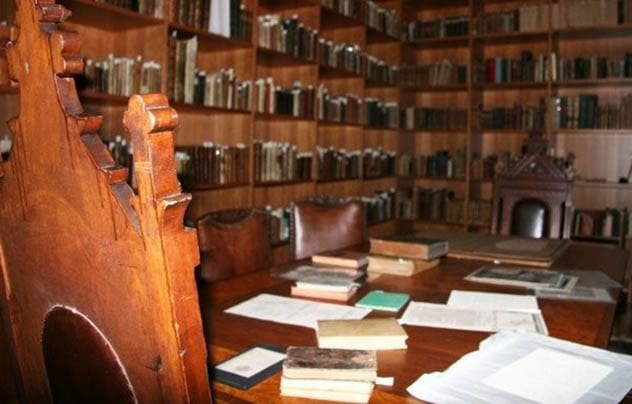 The name “Conjuring Arts Research Center” might sound like it belongs in a story about a fictional wizarding school, but it’s a real place, located in midtown Manhattan. The dim, tightly-packed library owns hundreds of books on stage magic, some dating prior to 1700. In addition to the tomes, the library also houses original apparatus, huge pieces of mechanical stage machinery that once thrilled, fooled, and shocked audiences around the globe. The Conjuring Arts Research Center is open by appointment only, though you can visit a couple of local magic shops they’ve partnered with if you wish to check out books.[3] 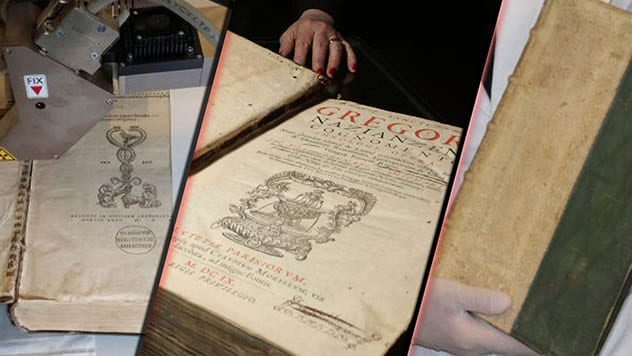 The University of Southern Denmark is fairly run-of-the-mill when it comes to literature, but in this case, it might be better to judge a book by its cover. At least three rare books, dating from the 16th and 17th centuries, were found to have large concentrations of arsenic on their covers during an X-ray process widely utilized to find the chemical composition of pieces of art, such as paintings and pottery. Historic pigments containing the poison were commonly used in the 19th century to form a popular color called “Paris Green” which was used for everything from wallpaper to clothes. In this case, it was applied as a pesticide to protect the manuscripts from insects. Arsenic poisoning can cause ailments ranging from nausea to cancer to death. Unfortunately, the toxicity of arsenic is permanent, so the books will always be a hazard to human health. They are now stored in special protective boxes and handling is discouraged.[4] 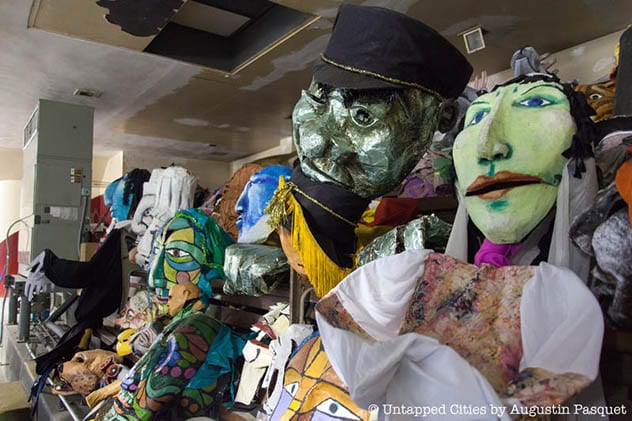 This one is probably fun to look at during the day, but you wouldn’t want to be there as the sun sets, throwing long shadows across the weird collection it houses. The New York Puppet Library, located in Brooklyn College, is home to almost 100 unusual puppets, some enormous. Even though the puppets make their presence known, many staff members, students, and even other libraries are shocked to learn of the Puppet Library’s existence. Making it even creepier is the fact that puppets are stored 20 feet off the ground. Anyone wishing to borrow one is required to climb a ladder into the rafters, painted eyes watching them all the way.[5] 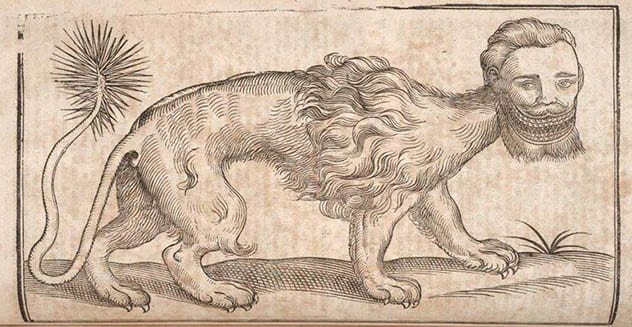 Monsters lurk in the pages of the books at the Thomas Fisher Rare Book Library. From dragons to basilisks to manticores, this library specializes in manuscripts about beasts of unknown origin. Even more eerie are the vivid illustrations of odd and unusual cryptids, like tribes of humans with dog’s heads, found in the library’s 1559 edition of the Cosmographia. In addition to works aspiring to be semi-naturalist, there are famous fictional monsters here too, including an 1882 copy of Frankenstein that boasts a cover with a strikingly sinister, thin and tall version of Shelley’s man-monster, long before Hollywood got ahold of him. The repository has so many examples of monster lore that they even put on an exhibition in 2018, De Monstris, to showcase their strange zoo.[6] 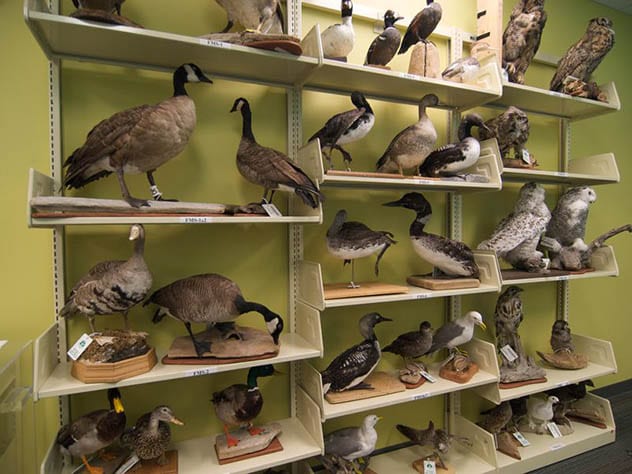 Envision a library where hundreds of glass eyes, those of corpses, look down on you from the shelves. That’s exactly what you’ll find at the Alaska Resources Library and Information Services. This institution focuses on “realia,” animal skeletons, skulls, teeth, furs, and other taxidermy (just because the corpses aren’t human doesn’t make them any less odd for a library setting!). ARLIS is the only known library in the United States to have such unusual holdings, and is patronized largely by teachers and scientists who incorporate the specimens into their lessons and lectures. Sometimes, though, the animals are loaned out for more unusual uses—the 2013 film The Frozen Ground borrowed several to use for the set design of a serial killer’s basement.[7] 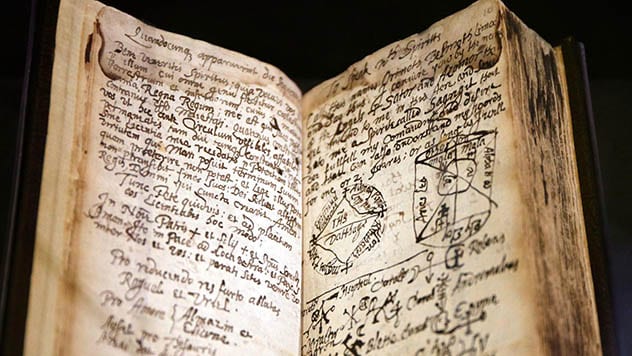 It sounds like the beginning of a horror movie, but it isn’t—along with a huge collection of religious texts, Chicago’s Newberry Library is in possession of a 17th century spellbook, handwritten by two nameless witches. “The Book of Magical Charms” contains spells ranging from cheating at dice to raising the dead, some of which require unusual ingredients such as dead men’s teeth. The library also holds two other spooky volumes: “The Commonplace Book” and “Cases of Conscience Concerning Witchcraft,” the latter of which was written by Increase Mather, the gentleman who passed the sentencing at the Salem Witch Trials. Interestingly, in 2017, the library sought the public’s assistance in translating the occult texts by putting them online, so any experts in Latin, witchcraft, or medieval English should definitely take a peek.[8] 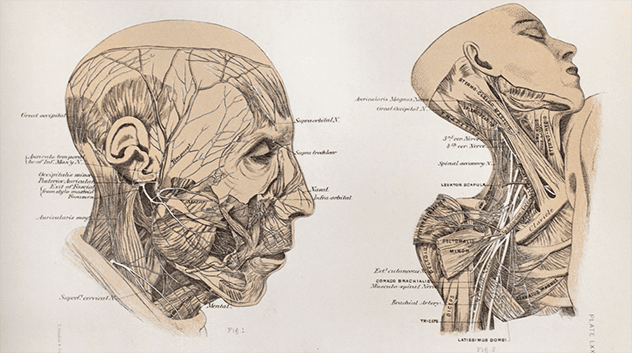 The Historical Medical Library, located in the College of Physicians of Philadelphia, was the city’s central medical library from its establishment in 1788 to over a century and a half later. With over four hundred editions printed before 1501, this is one of the most important collections of historical medical knowledge in the United States. Books and illustrations abound detailing some of the most harrowing medical procedures ever envisioned by man, from blood-letting to trepanning (holes drilled into the skull). Important knowledge, definitely. Easy to stomach? No.[9] 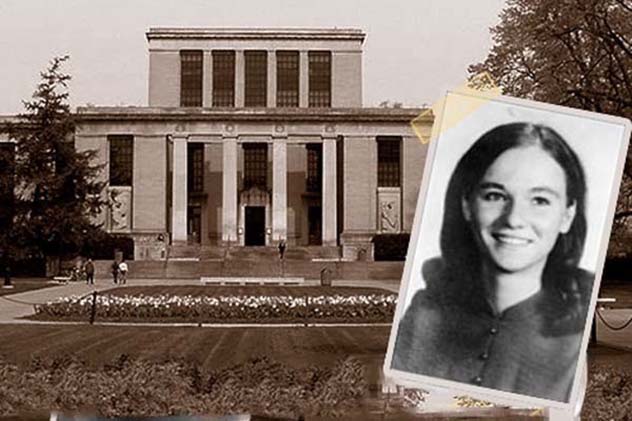 It sounds like the most lurid kind of fiction: a beautiful young woman, killed in cold blood the day after Thanksgiving, her murderer never found. But it, sadly, happened in real life. On November 28th, 1969, 22-year-old Betsy Ruth Aardsma was brutally stabbed to death in the basement of the Patee Library. She was killed from behind, and no sexual assault took place. Though there have been many suspected of the foul crime, from Aardsma’s boyfriend to serial killer Ted Bundy, the motive remains unclear to this day, and the killer has never been identified. Whether or not you believe in ghosts, you might still want to think twice about hanging around those basement stacks alone, just in case Betsy’s killer ever wants to revisit the scene of their crime.[10] 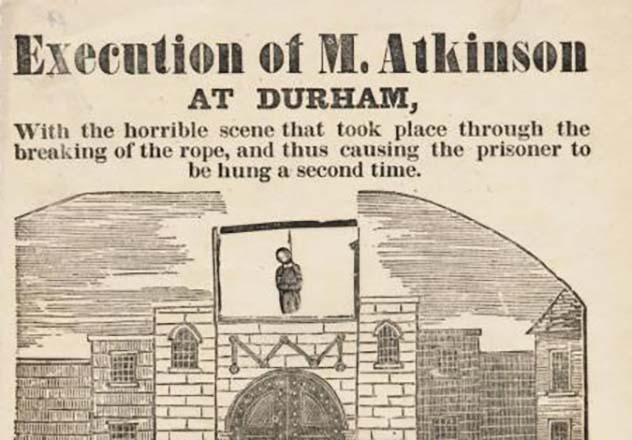 This one isn’t a library in and of itself, but it is a strange and creepy collection owned by the Harvard Law School Library. The English Crime and Execution Broadsides are nearly 600 “broadsides” (large sheets of paper printed on one side only, used historically as posters or announcements). These are on a specific topic: the grisly details and punishments for capital crimes committed between 1735 and 1868 in England and Wales. These included arson, rape, assault, and murder. Not only are the crimes described, but the punishments, including hanging, are, as well, and the “dying speeches” or confessions and last words of the condemned. The broadsides are illustrated too, showing the execution scenes or vignettes of bloody crime scenes.[11]

About The Author: A.L. Montone is a magician working in the Baltimore, Maryland, area, and the co-founder of the Baltimore Academy of Magic. She is also a playwright, and served as the director of a historic house and museum for six years.