Every day, millions of scientists around the globe get down to business researching things to improve our understanding of the world we live in. Some discoveries lead to new treatments for deadly diseases or new explanations for strange phenomena. Others teach us useless facts that are fun to know but serve no real purpose.

However, certain studies are so strange that you may start to wonder why these scientists got paid for their work. Here are 10 strange facts that scientific studies have blessed us with during the past few years.

10 Cockroaches Karate Kick Their Way Out Of Becoming Zombies 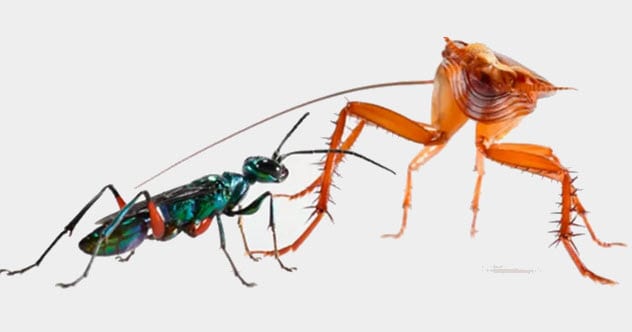 The myth about cockroaches being able to survive a nuclear event has been all but disproven at this point. However, a researcher at Vanderbilt University has found that our creepy-crawly friends do have a unique skill that saves them from becoming zombified.

The American cockroach has a deadly enemy in the emerald jewel wasp. These parasitic wasps can paralyze cockroaches with one quick sting and rapidly follow up with a second sting to the brain.

Researcher Ken Catania studied the interactions between these wasps and their prey using a 1,000-fps video camera to see how the attacks normally play out. In about half the cases, the cockroaches managed to get away from their attackers with a swift kick to the wasp’s head.

This was mostly seen in older cockroaches. When the wasp approached to deliver the first paralyzing sting, the cockroaches stood tall and kicked back with one spiky leg. This powerful kick to the face was not enough to kill any of the wasps studied. However, it was certainly enough to deter most wasps from any subsequent attempts.[1]

9 Sperm Cells Roll Instead Of Wiggle

Using a single lens microscope that he designed, Antonie van Leeuwenhoek did what any self-respecting scientist would do in the 1670s. He used it to look at his own semen. Leeuwenhoek observed that the sperm cells moved like eels swimming in water, and we have believed this for at least 340 years.

Using a modern 3D microscope, however, researchers from the University of Bristol and Universidad Nacional Autonoma de Mexico have discovered that this is not true. Scientists had believed that sperm cells move their tails back and forth, but they actually only move their tails to one side.

Naturally, this would move the sperm cells sideways. To balance this action, they also roll around. This corkscrew action allows them to travel forward. It also creates an optical illusion that they are rapidly moving their tails from side to side when viewed with a normal microscope.

This new discovery may be useful in future fertility studies.[2]

8 Humans Got Their Teeth From Fishy Ancestors 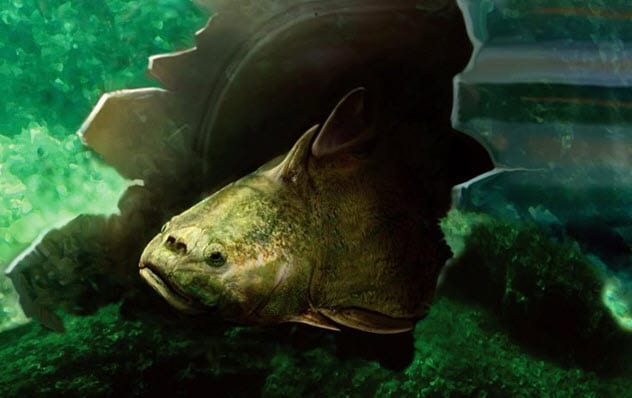 When you think about where human teeth started to evolve, your first thought may not be under the sea. Yet, scientists from the European Synchrotron Radiation Facility and Uppsala University have found evidence that this is likely the case.

The oldest fossils of fish with jaws were found over 100 years ago, but until now, they were never studied in detail. These fossils are from fish called acanthothoracids, which likely lived over 400 million years ago.

The bones of these fish are deeply embedded in ancient rock, so they would probably be damaged if studied with common techniques. To get around this, the team of researchers used the brightest X-ray source in the world. They were able to see the internal structures of the fish bones without causing harm to the fossil itself.

As in humans, the teeth of these ancient fish were set in the bones of the jaw. This differs from what we see in sharks, whose teeth are attached to skin instead. The jawbones of acanthothoracids have enough similarities to modern human jaws that they are believed to be directly ancestral to ours.[3] 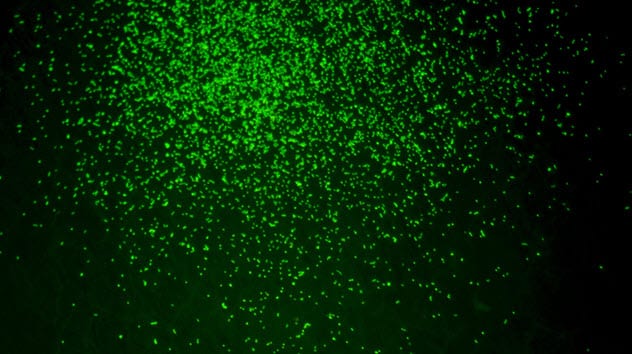 East of Australia in the South Pacific Gyre, microbes in sediment on the ocean floor had lain dormant for over 100 million years with almost no food or oxygen. When scientists from the Japan Agency for Marine-Earth Science and Technology found these microorganisms in 2010, they decided to feed them and see what would happen.

Despite the millions of years with sparse nutrients, these microbes were easily revived with a little TLC. In fact, they managed to increase their numbers more than four orders of magnitude in a couple of months. According to their study published in 2020, the researchers are still not sure how the microbes survived this long and what they were doing in their spare time.

Most of the microbes did not form spores, which are the usual dormant structures that help bacteria to stay alive in harsh conditions. This means they may have been very slowly dividing, but the lack of nutrients makes this unlikely.

Instead, they may have just been growing extremely slowly. But this would make them over 100 million years old, giving them an unfathomably long life span. It will take more research to figure out exactly how they have survived this long.[4] 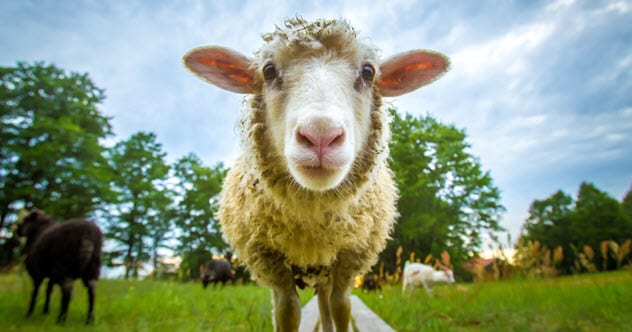 It has long been believed that sheep follow humans blindly with little regard given to the person leading them. Researchers from the University of Cambridge recently proved that this is not true. Sheep can seemingly tell the difference between humans just as animals that we consider more intelligent, like apes, can.

When presented with pictures of different humans, sheep can consistently pick out the face of the person they have been trained to associate with a food reward. They can even choose that face if the picture has been taken at a different angle. They can also pick out their handler’s face.

For the record, the faces used in this experiment included those of Barack Obama, Emma Watson, Fiona Bruce, and Jake Gyllenhaal.

These results may prove useful in studying human brain disorders like Huntington’s disease. One characteristic of Huntington’s is an inability to tell the difference between faces. By understanding how sheep brains work, researchers may be able to use sheep to test treatments that can help affected humans.[5] 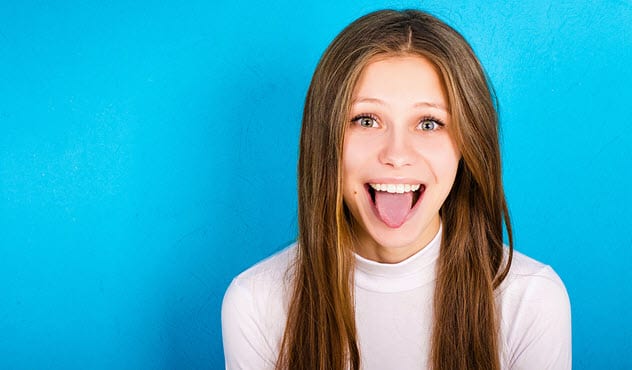 Although you can easily tell that smell and taste are interconnected by blocking your nose when you eat, the abilities of the tongue may reach far beyond that. Scientists from the Monell Chemical Senses Center have found that human taste cells grown in a lab have odor receptors like those found in nasal cells.

Upon exposing these taste cells to odors, they reacted like nasal cells would when detecting smells. This presents a new way of interpreting how we smell and taste as there may be intermingling between the two senses before any signals even reach the brain.

On a stranger note, the same odor receptors have been found on sperm cells and on cells in the gut. In the case of sperm cells, it was initially believed that this helped them to smell their way toward the egg in a female’s body. But further studies have found that this likely is not the case.[6]

4 Having More Sons Or Daughters Is A Heritable Trait 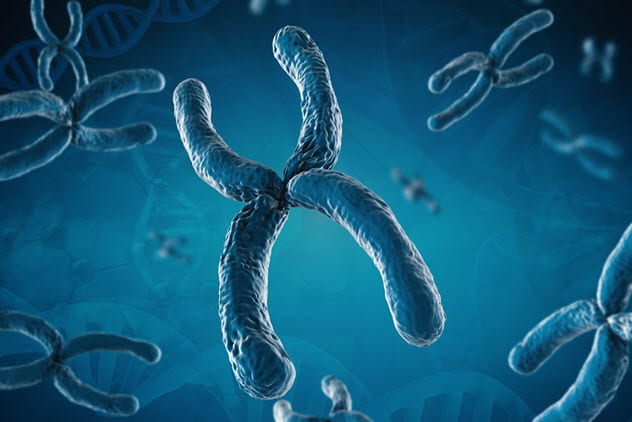 There appears to be a genetic influence on how many sperm cells carry X and Y chromosomes in a man, and it can seemingly be inherited from one’s parents. The gene potentially causing this phenomenon has not been identified, but it may explain some strange coincidences.

For example, after World War I, a baby boom resulted in more male children being born in many countries, such as the UK. Obviously, men with more sons were more likely to have a son return alive after the war than fathers with a single son. The sons who returned alive could have inherited the genetic tendency to have more sons from their fathers, which could have caused more baby boys to be born after the war.

Additional research needs to be done to see if the gene can be identified. But if true, it could certainly explain some family tendencies toward offspring of a specific gender.[7]

3 Knives Made Of Poop Cannot Slice 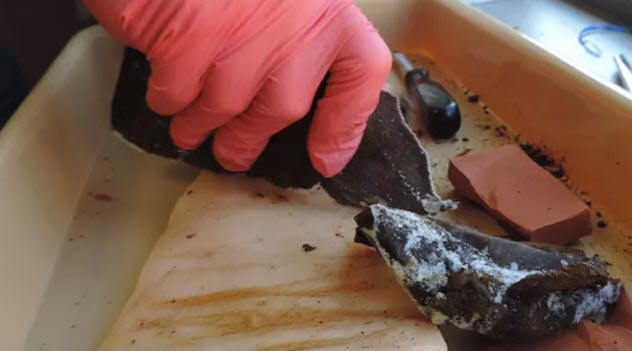 A well-known story tells of a stranded Inuit man who used his frozen feces to make a knife sharp enough to kill and butcher a dog and cut himself out of the ice and snow. While most people would write off this story as a folktale, the scientists at Kent State University wanted to see whether there was any truth to it.

To replicate the Inuit man’s supposed situation, one researcher went on an arctic diet of high protein for just over a week. Fecal samples from the researcher were collected every several days and were shaped, either by hand or using molds, into knives.

These implements were buried under dry ice to ensure they were as cold as possible. Then they were used to try to cut samples of animal hides and tendons. As expected, the knives simply began to melt, leaving streaks of fecal matter on the undamaged hides.

Just to be safe, the experiment was repeated using the feces of a researcher eating a more traditional Western diet. Unfortunately, the results were just as crappy as before.[8]

Can you break spaghetti into two pieces?

If you’ve ever tried to snap a dry spaghetto (one stick of spaghetti) in half, you may have been surprised to see it break into at least three pieces. By grasping the stick at each end when snapping, a tiny middle piece is generated. Some French researchers really wanted to know why.

These scientists won the Ig Nobel Prize for their efforts. Here’s what they found: When a dry spaghetto is bent, it first breaks at the place where it is most curved near the center. The force generated by this snap sends waves down the rest of the spaghetto and breaks it into additional fragments.

Unhappy with the idea that we can never perfectly snap our dry spaghetti noodles in half, scientists from MIT expanded on the French team’s research and found that you can snap a dry spaghetto stick into two pieces. You simply need to twist it almost 360 degrees before slowly bending it. Then the dry spaghetto snaps in two.[9]

This research may prove useful to scientists studying rodlike structures. But for everyday folks, it might just make pasta night a little neater. And yes, spaghetto is a real word in some dictionaries. (We looked it up.)

1 Ethics Books Are The Most Likely Books To Be Stolen 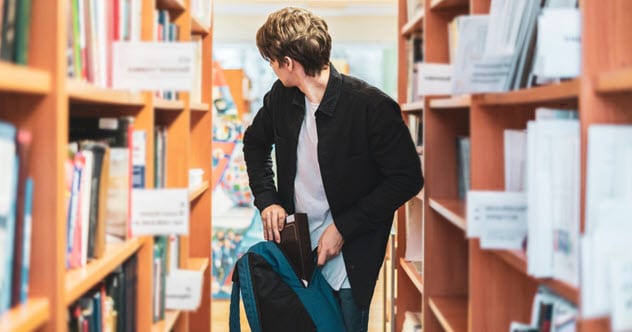 By analyzing the status of ethics books and other books at different libraries, philosopher Eric Schwitzgebel ironically found that ethics books are more likely to go missing as compared to books on other subjects. The older, more famous ethics books were twice as likely to be stolen as other books.

Whether the data is influenced by effects like the popularity of the books is difficult to determine, but Schwitzgebel is clear about his beliefs. People taking out books about ethics should be more conscientious and morally aware of their actions than others. But they seem to be the least concerned about the property that they borrowed.

He suggests that some people may use their ethical knowledge to rationalize not returning the books. This implies that having more knowledge about morals does not necessarily make people more moral after all.[10]