Churches and Cathedrals are much more than just a holy place. While millions of people go to these places in order to find some sort of peace/worship, there is also quite a percentage of people who go there for the immaculate architecture. Similar to other places of interest, there is a significant reason as to why they are so popular. These hand picked buildings are going to be sure to knock you off your rocker and give you a new standard for what’s impressive. No longer will you only see these wonders of human history as “churches” but you will see them as the beautiful structures they are. Here are the Top 10 Stunning Churches and Cathedrals. 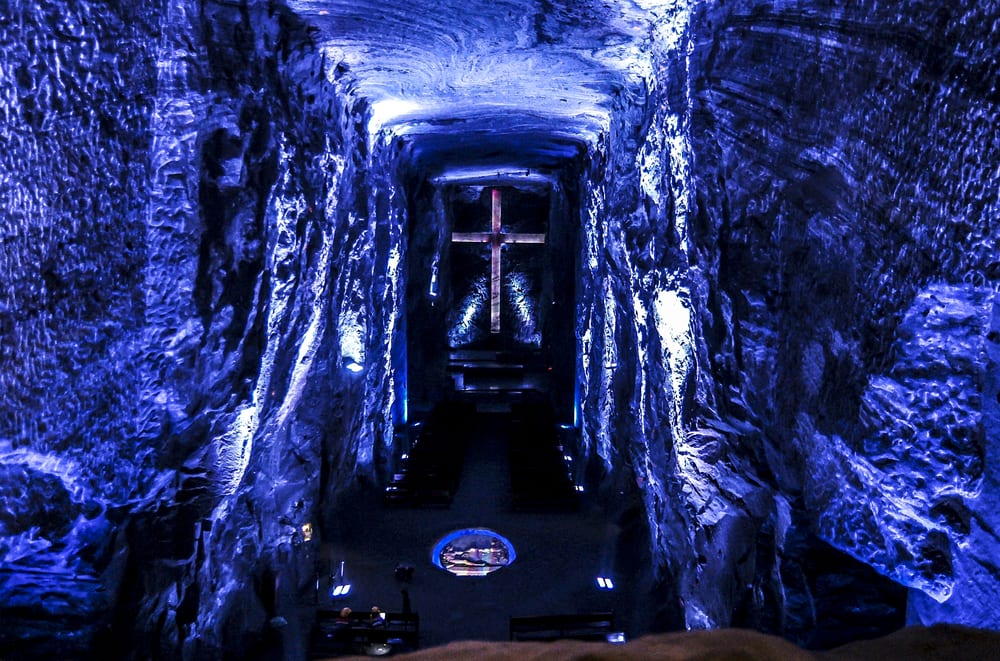 Starting off we have one of the more unique Cathedrals, the “Salt Cathedral Of Zipaquira”. This Cathedral is located 600ft deep and is made out of a former salt mine. That’s right, commercial mining was taking place in that very area just 2 centuries ago. It started out as a very small sanctuary, one that miners would pray in before heading out on their dangerous journey. Since then, it has evolved into the enormous spectacle that it is today. Blue lighting illuminates the large caverns almost as if there is a small lake within. The Cathedral had a rough beginning though, with some structural issues getting in the way of its completion. Though, the problems were surpassed, and now the Salt Cathedral Of Zipaquira brings in over 600,000 people every year.[1] 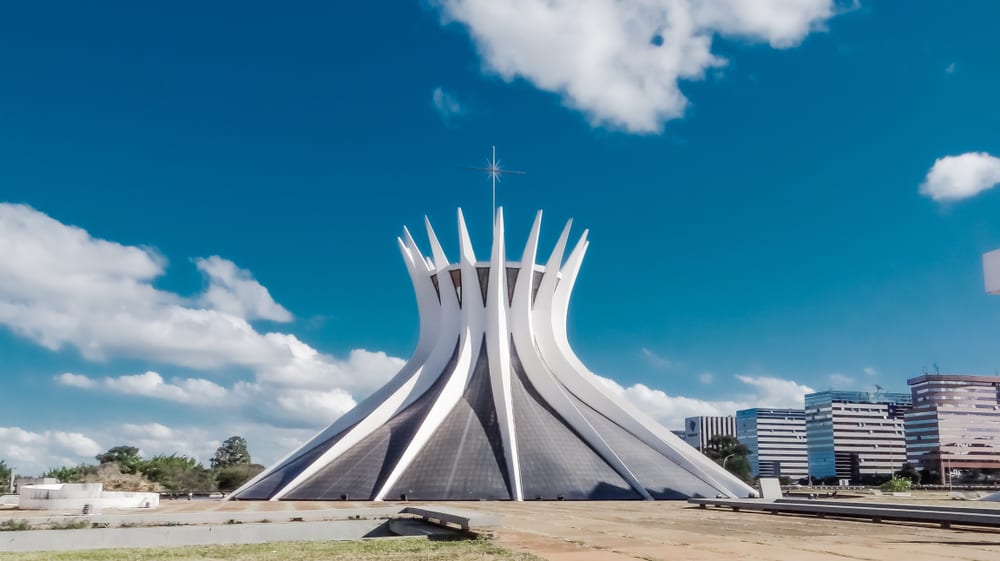 Next up is the “Cathedral Of Brasilia” which is an amazing piece of work and was created by the renowned architect: Oscar Niemeyer. The building is made of around 20 curved concrete columns which start at the ground and meet at the top, bearing a close resemblance of a crown. Connecting each and every column is a very large piece of stained glass that makes a wonderful image, as well as the roof.

As big as it is, it only really features one main room, decorated with religious figures and seating for prayer. It’s an incredible work of art and it is very surprising that it only took one person to design. Although it was a very large project, the actual construction took way longer than expected at a whopping 10 years due to an overage of construction projects at the time. When things calmed down, the Cathedral was finished and was then opened to the public two years after.[2] 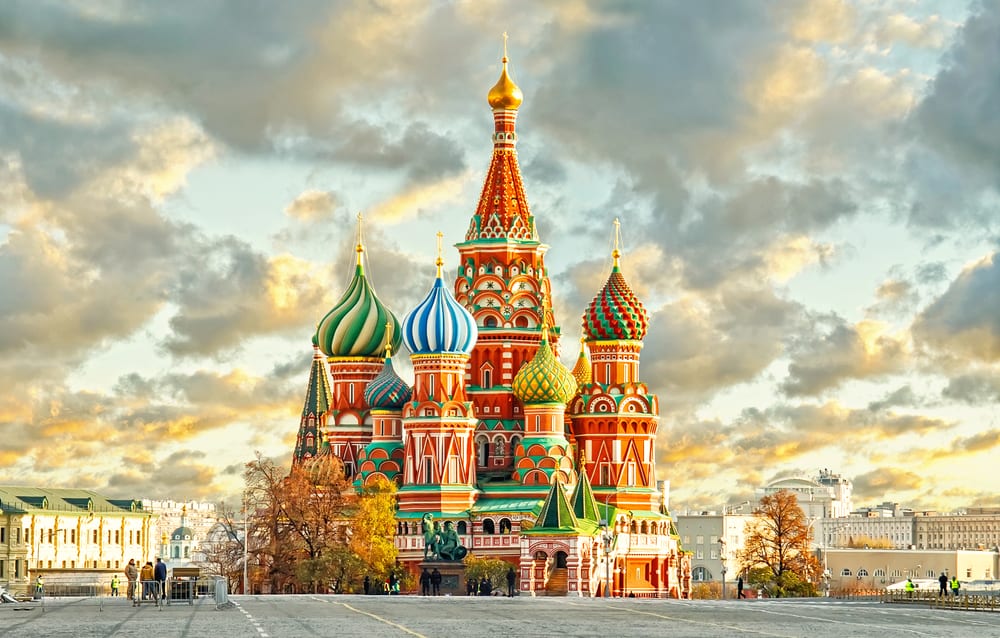 This Cathedral is one you have probably seen before even if you’ve never heard the name. St. Basil’s Cathedral is an insanely large Cathedral and is a beautiful building. This is also one of the older Cathedral’s on the list, as it was built all the way back in the 1500’s. With its age also comes a lot of history! St. Basil’s was commissioned by none other than Ivan the Terrible after a successful capture of enemy territory. It was completed in only 6 years. Something which none of the other Churches on this list were able to do. St. Basil’s Cathedral is the landmark of Russia and it certainly shows though its stunning design.[3] 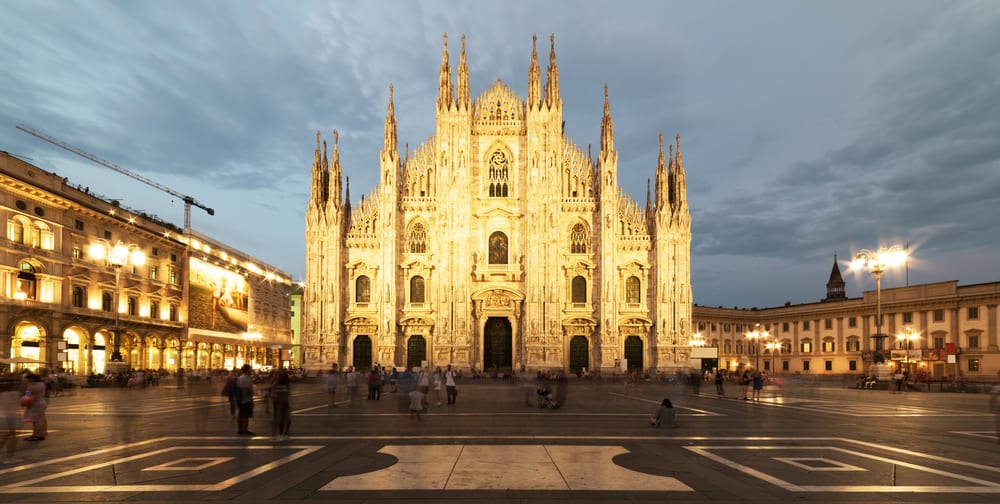 Duomo di Milano premiers on this list as one of the more “regular” looking Cathedrals. Although that is not to say that it isn’t magnificent in its own regard. While it may follow the style of many Cathedrals before it, Duomo di Milano stands out for its sheer size as well as its history. Now if you thought the 1500’s were old, this building adds another 300 years to that. That’s right, the construction for this Cathedral started all the way back in the 1300’s. There were many collaborators on this project, in fact so many that the original “author” is unknown. Over 6 centuries, this building has and continues to be worked on and is a very signifight part of Italy’s history. With over 100 ft ceiling and amazing pillars, it is incredible to think that we as humans were able to ever accomplish this.[4] 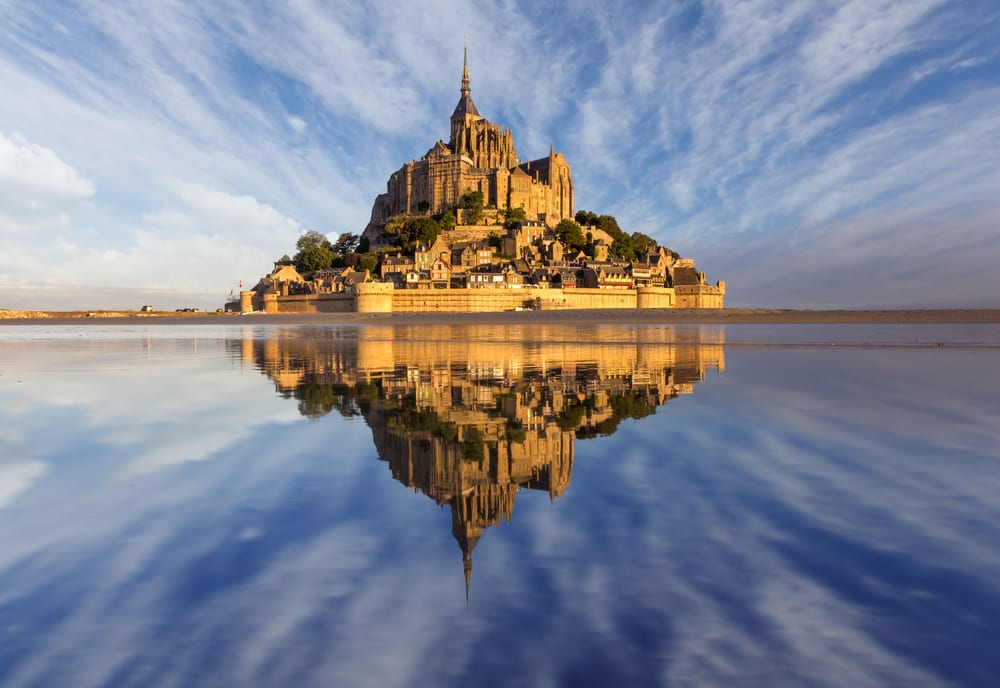 Going back even further in history, we have the Mont St. Michel Abbey Church. It is amazing to see such a work of art stand the test of time as this church’s history starts all the way back in 708. This church was a very popular destination, being visited by thousands of pilgrims and even some kings. The church is also largely responsible for our medieval knowledge since so many documents and manuscripts were kept throughout the years, giving us some wonderful primary sources into the past.

Not only did it serve as a holy place, but rather it was also used in wartime, having built in defenses. It is practically an authentic castle from the early days. Nowadays Mont St. Michel Abbey is being constantly maintained and is a spectacle being enjoyed by a plethora of people. If you want to go see some wonderful authentic architecture, this is definitely the place to go.[5] 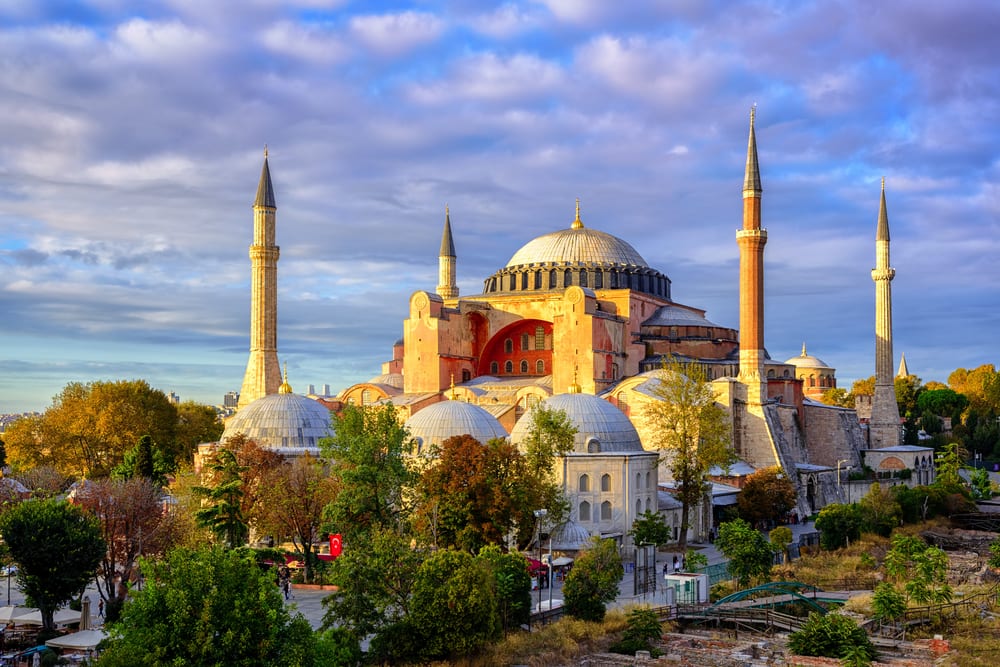 The Hagia Sophia means business, it’s nearly the size of a small town! The Church has changed many hands throughout the years. Being a prized possession of the Byzantiums, the Ottomans, and now of the Turkish. There are even many tombs located close to the Church, containing several royal family members. While it has had many different “owners”, its purpose has also changed as time passed. It was originally a Church, then turned into a Mosque, and is currently a Museum.

It is a stunning piece of work that really brings out the time it was from. Dating back even farther, the Hagia Sophia started being built in 360, it is incredible that it has lasted this long. Obviously though, a lot of work and care has gone into the restoration and upkeep of this beloved building. It is a beautiful slice of history and deserves more recognition![6] 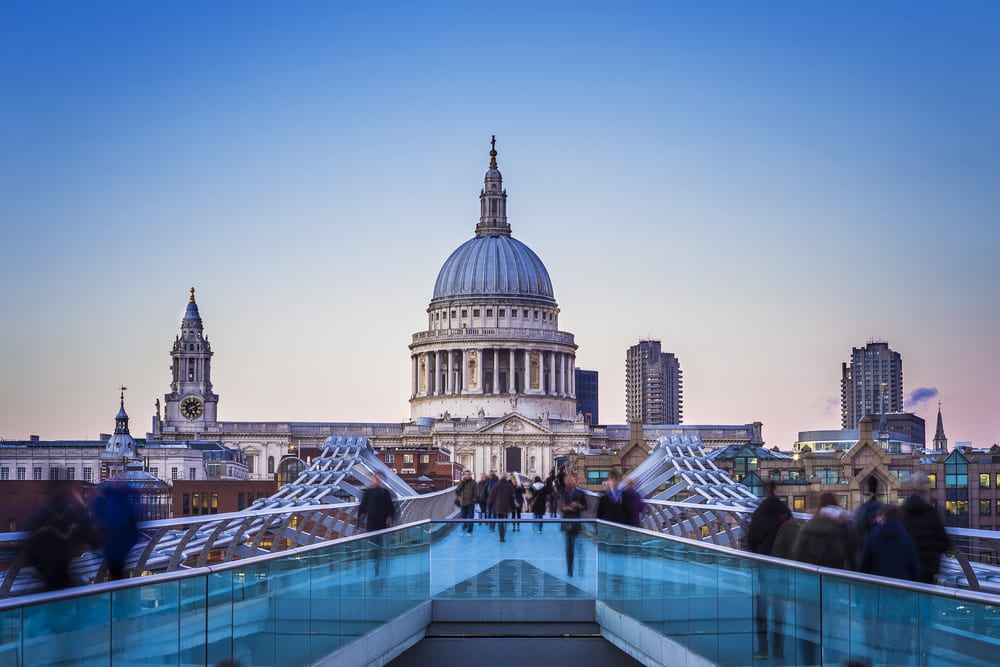 The St. Paul’s Cathedral is another piece of art that is ripe with history. Located in London, it is a centerpiece of the town and wouldn’t be the same without it. It is a massive structure that serves as a Christian holy place. The most recent rendition of this Cathedral started in the late 1600’s after its predecessor was burned down in the Great Fire of London. Whilst still being a cathedral, it is also a very popular tourist spot, known for its beautiful structures and wonderful paintings located on the roof. It has a daily event calendar as well and is constantly maintained. There is also a built in clock tower in one of the pillars and the entrance is reminiscent of very old Greek structures as well. Even if you don’t care for holy grounds, this Cathedral is a must see if you’re ever in London.[7] 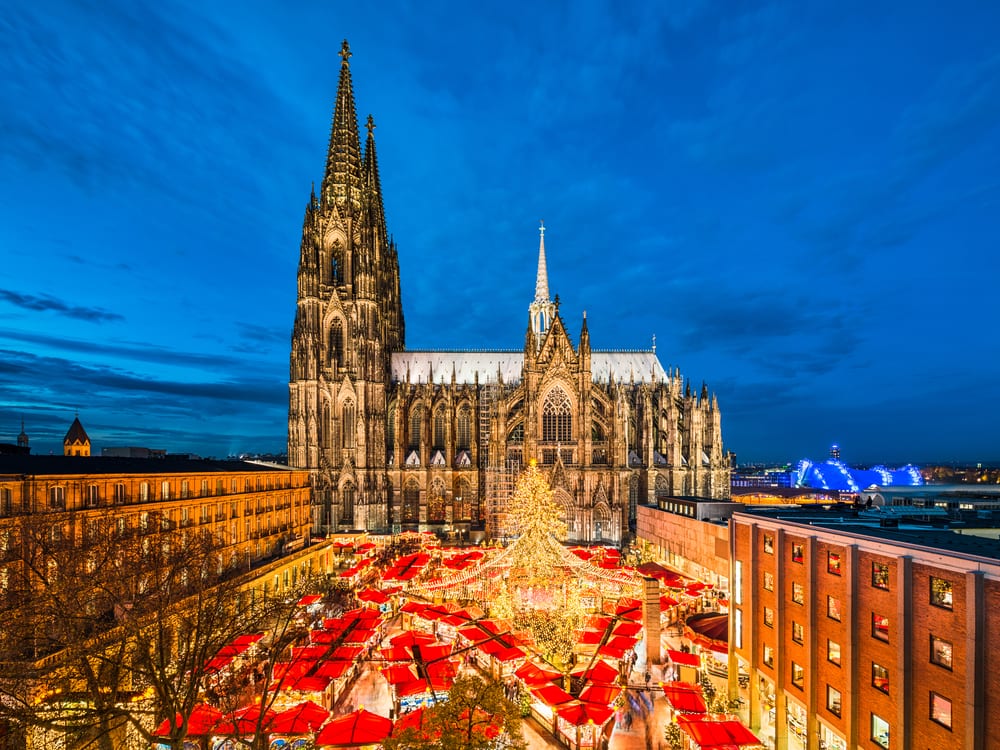 The Kölner Dom is breathtaking. The highest points of this Cathedral reach as high as 515ft, which is incredible for just about any structure, let alone an actual building you can go into. Although it stands magnificently now, it definitely had a bumpy start. You see, construction for this behemoth started all the way back in the 1200’s, though construction stopped due to a lack of interest in its style in the 1600’s and was put on hold for over 300 years, one again being finished in the mid 1900’s.

The building also faced some difficulty as it was bombed back in World War II but somehow remained standing. Due to its large size, the building needs constant maintenance from any and all weather damage. It is labeled as a permanent construction site. In addition to being a landmark now, it also served to be a very prominent pilgrimage destination for the pilgrims of Europe.[8] 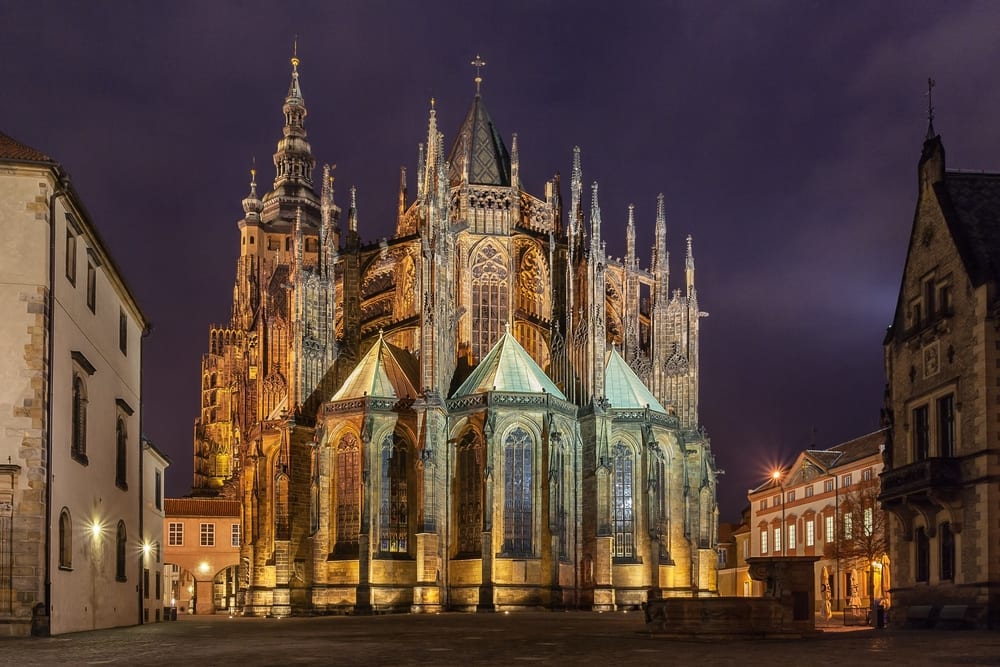 The St. Vitus Cathedral holds the high honor of being Prague’s largest and most important religious institution. It was no small feat to create this either, construction started in the early 1300’s and was finished all the way in the 1600’s. The reason for this absurdly long construction time is actually due to the Hussite Wars. Since then major changes were still occurring all the way up to roughly 1929, but now only minor changes are being made as well as general upkeep. Included in this Cathedral is the royal crypt in which people of high standard in their respective time are buried. In addition to this, Kings and Queens were sworn in here, to think that one day you may walk in the same place as they have sure is an amazing thought. All in all this Cathedral has been a major landmark throughout time and remains to be a place of interest today.[9] 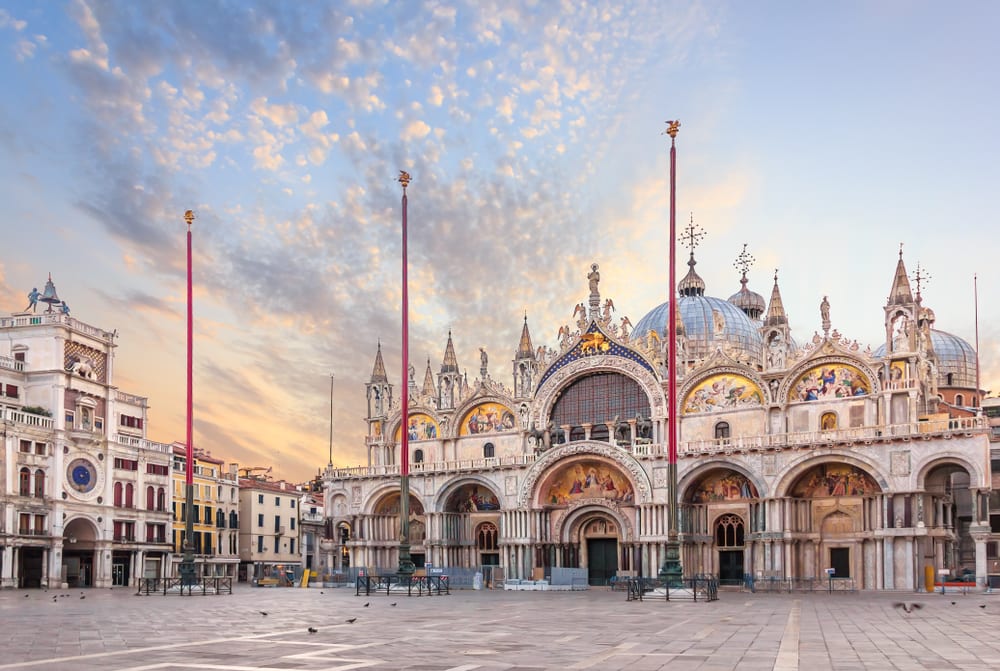 The Basilica San Marco is said to be the most important religious temple of Venice. The sheer size of this building should speak to its importance as it is truly massive. It was built by the Byzantine Empire and its goal was to represent the power that they wield, a point well made.

Being built way back in 1063, this temple is almost reaching its 1000th birthday, a grand feat and a true testament to the skill of the people who built it. It truly is an enormous building, having over 4000 square meters in just mosaics all over the building. There is also free entry to visit this spectacle, an offer that you should take up if you ever visit.[10]