We live in an age of mind-blowing medical breakthroughs. Modern doctors can make the blind see, regrow, or attach totally dismembered organs, or even rouse patients who’ve been in a coma for a long time. However, every now and then, seasoned medical practitioners come across spontaneous recoveries where the patient had little to no chances of survival. Below, we will explore cases of people who recovered even after facing certain deaths as victims of accidents or deadly diagnoses. Here are the top 10 miraculous recoveries.

10 A Boy Who Was Almost Beaten to Death 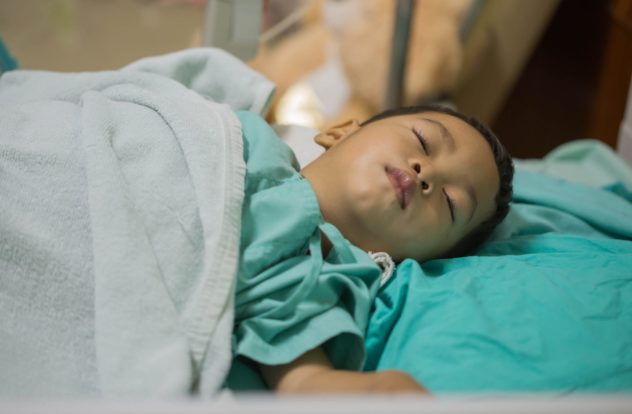 In 2010, a gang of four adult men viciously attacked a seven-year-old boy in Bangladesh. Okkhoy was playing in his family home when three other kids approached him. These older kids promised Okkhoy a treat if he agreed to complete a task with them. He reluctantly agreed and went along with his newfound friends. After a while, the boy decided to head back home. Four men emerged from nearby and grabbed him.

They demanded that he beg for money from passers-by, which Okkhoy declined and threatened to tell his father. His assailants hit his head with a huge brick. Even as he bled profusely, the men sliced a deep cut into the child’s torso and mutilated his genitalia. They left the boy for dead. Okkhoy’s mother found her child’s almost lifeless body lying in a pool of blood next to a warehouse. Okkhoy was rushed to hospital in a rickshaw. Despite zero chances of surviving his wounds, he managed to recover after three months in the intensive care unit.

In van Buren, Indiana, and other parts of the country, it isn’t strange to see teenagers holding on to moving vehicles as they balance their skateboards. This is popularly known as ‘skitching.’ In 2014, this dangerous activity almost cost Randon Timmons his life. He was just 18 years old. While riding on his skateboard, Randon decided to give ‘skitching’ a try. As he clutched to the speeding vehicle, his skateboard hit a pothole in the road. The impact sent Randon in the air before hitting his head hard on the pavement.

By the time Randon arrived at the hospital, he had almost zero brain activity. Due to his head’s impact, he suffered an extreme case of brain swelling, and doctors had to remove most of his skull. According to the doctors, Randon had a minimal chance of making it through the night. However, his family wouldn’t give up on him. They stayed by the boy’s bedside. Miraculously, the boy’s condition quickly improved, and the doctors discharged him. How the young man managed to survive this severe brain trauma case is a plain case of medical miracles.

Man falls 47 Stories and lives to tell about it.

Alcides and his younger brother Edgar had been washing windows of a tall building in Manhattan, New York, when they were involved in a horrific accident. The platform they were using to scale to the windows of the building’s 47th floor suddenly broke and dropped out of the sky. The two brothers fell to the ground. The impact killed Edgar on the spot. Amazingly, by the time rescuers arrived at the scene, Alcides was conscious and sitting upright in the alleyway.

By the time he arrived in the hospital, Alcides was barely conscious. He was bleeding profusely, and the scans revealed the worst. He suffered a severe brain injury, had broken a rib, both his legs and one arm. His spinal cord was badly injured. The doctors performed an emergency operation despite having no hopes that he would survive the accident. In the next few weeks, the doctors performed nine more operations on him. They were stunned when Alcides uttered his first words after the accident.

7 A Boy Who Recovered from Electrocution

9-year-old Elijah Belden was celebrating an early birthday party when he had a close encounter with death. Electrocution almost cost the young boy’s life after he grabbed a metal pole on his family house’s patio. Belden had gone outside to pose for a picture with a friend. He accidentally grabbed onto the round pole that supported the outdoor lighting of the house. It turns out that the metal structure had become electrified when electrical wires came into contact with its surface.

Electricity flowing within the surface of the pole electrocuted Belden, and he lost consciousness. Elijah miraculously woke from this coma after ten days of despair and uncertainty. He still had his memory intact and could even hold a conversation with the medical personnel. Doctors called his case a miracle since he didn’t show any signs of trauma or brain damage. Within two weeks, Elijah was capable of taking a stroll outside. A week later, the doctors sent him home to recover fully. 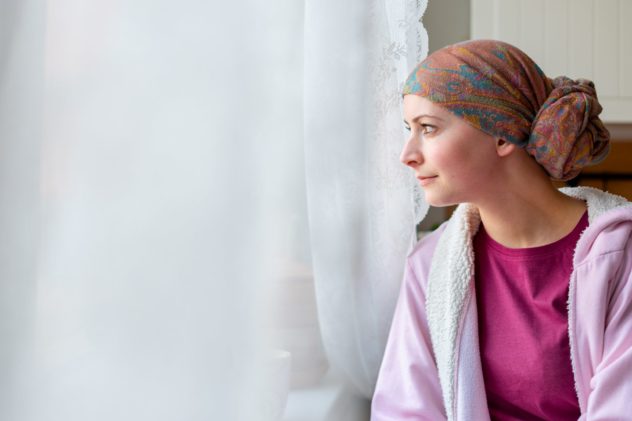 Rachel Lozano spent most of her high school years battling an aggressive form of cancer and Askin’s tumor. She underwent several surgeries, including a bone marrow transplant. The doctor’s efforts paid off when the cancer went away for the second time. Rachel took her losses and small victories in a stride. However, she was devastated when the doctors informed her that her cancer had reappeared for the third time.

In a last-ditch effort, the doctors decided to perform one last attempt to remove the tumor. So, they took her to the operation room and began the surgery. They were perplexed and completely mystified after finding that the tumor had miraculously disappeared. There was not even a single trace of cancerous tissue in Rachel’s body. They stitched her up without doing anything. Rachel later confirmed that she had attended father William Chaminade’s honor ceremony and prayed for healing. 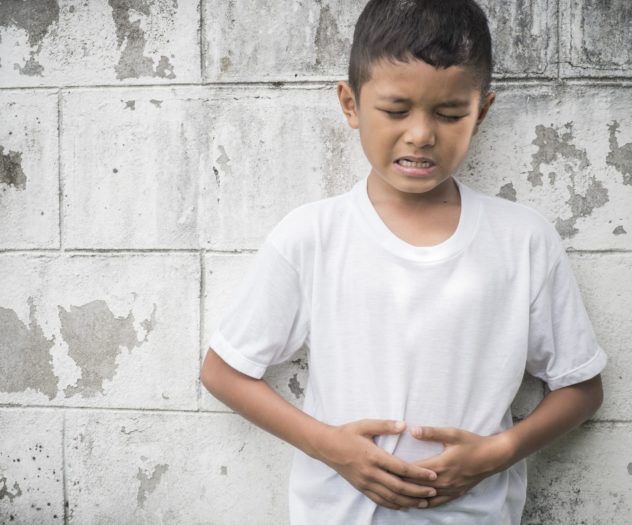 In 1998, Pope Francis proclaimed that a four-year-old boy’s recovery was a miracle. Doctors had diagnosed a mysterious illness in Luke Burgie that caused bouts of diarrhea. The young boy also experienced a sharp pain after ingesting anything. Luke’s parents sought the help of the medical personnel at Denver Hospital, but they too had no idea what was ailing the child. The boy’s condition deteriorated by the day. Luke was quickly losing weight. Out of desperation, Luke’s mother asked two nuns to pray for her young boy.

The nuns obliged and the prayer vigil lasted more than a week. Meanwhile, Luke’s doctor came up with a theory that only a hidden tumor could be ailing the boy. So they arranged a colonoscopy test for Luke. Having no other option, his family took him to the hospital for the test. However, when they arrived at the doctor’s table, Luke had completely healed. When doctors inquired what had happened, the mother explained how Luke had jumped from his sleep and joyfully announced he no longer felt any pain in his tummy. The doctors were awe-stricken. Many people were skeptical of the illness’s authenticity. 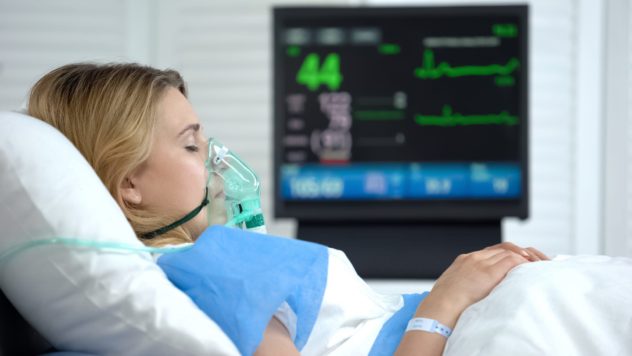 Lesley Bunning’s health was rapidly deteriorating, and her family decided to rush her to hospital in January 2014. After a few tests, doctors confirmed that she had contracted the H1N1 Virus. Her condition continued to deteriorate, and doctors had to medically induce a coma. They placed Lesley on life support. She stayed in the ICU for ten weeks as doctors tried their best to save her life. The only thing her family could hope for was a miracle.

The doctors did everything within their ability and knowledge to help Lesley breathe on her own again. They even sought the help of other doctors from different hospitals. This only proved futile. They began preparing her family to pull the plug on her since there wasn’t any hope that she would make it through on her own. Just when they were about to talk to her family, Lesley miraculously began to breathe on her own. The doctors removed her from the ventilator and only needed feeding tubes. Her doctors still recall her case as a medical miracle.

3 Man Wakes Up After Six Years 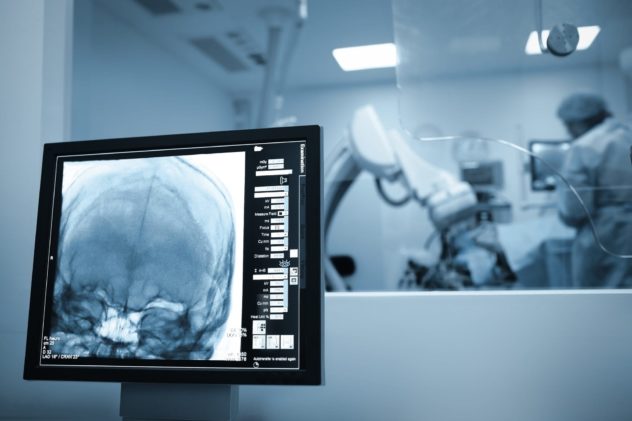 Neurosurgeons have long used brain stimulation to treat various brain traumas and illnesses such as Parkinson’s disease. However, this treatment proved very important for a man who had been in a vegetative state for six years after a brutal assault. The man’s family had long lost hope of the recovery of their loved one. During the six years, the man had not communicated, swallowed, or even made coordinated body movements.

Just as his family contemplated pulling the plug, a medical team decided to insert electrodes in his skull to stimulate the brain. They hoped this stimulation would trigger his dormant brain to function again. And they were right. The doctors scheduled him for surgery. The man who had not even blinked once in six years immediately began to show improvement after the doctors inserted the electrodes. Medical practitioners had never used this kind of treatment to treat brain damage. They were perplexed when it worked perfectly with this patient.

2 Recovery from A Stroke 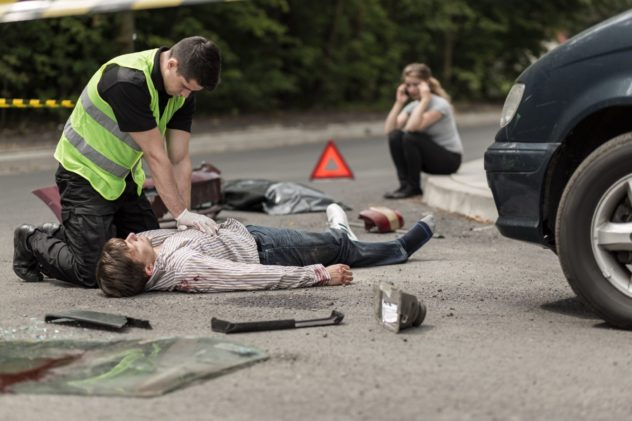 Never in his life had Sam Schmid thought that his life would take the sudden turn it did after being involved in a horrific car accident. The accident took place in October 2011, and five cars were involved. The car that Schmid was traveling hit a light pole and rolled over. Rescuers airlifted him to the nearby hospital, where he was confirmed to have a broken left hand and two broken legs. As if this was not enough for him to deal with, doctors later discovered Schmid suffered a severe brain injury. The doctors operated on Schmid, and it resulted in a stroke.

However, when Robert Spetzler, a neurosurgeon, conducted an MRI scan on Schmid, it didn’t reveal any serious brain damage. So, Robert instinctively decided to keep him a little longer on life support. Against all odds, he was able to recover within a couple of weeks. By December, Sam Schmid had recovered so well that he could walk with a walker. However, Sam does not remember even a single bit of the horrific accident that almost killed him.

Abbie’s family: Shooting night was like a horror movie

People still remember the February 20, 2016 shoot out by the Kalamazoo Uber gunman that left many people dead. From this shootout emerged an inspiring medical story. Abigail Kopf was one of the victims of the shootout. She suffered a headshot. It is common to hear of people who have recovered from gunshot wounds. However, it is not every day that you hear of a 14-year-old girl who survived a headshot. The doctors were about to harvest the young girl’s organs when she squeezed her mother’s thumb on her deathbed.

She recovered in just three months, making her story even more miraculous and inspirational. The fact that she survived after a close-range headshot makes her an inspiration to many. Today, Abigail leads the life of a normal young girl despite having a few mobility challenges.