In the 1990s, the emoji was created by Shigetaka Kurita in Japan. Its name is from the Japanese words e (“picture”) and moji (“character”). So “emoji” means “picture character.” They look something like 😊, 😆, and 😂. Emoji should not be confused with emoticons, which are symbols used to represent emotion. Emoticons look like :-) and :-D and :’-D.

The emoji was virtually unknown outside of Japan until Apple added it to the first iPhone in 2007. Apple wanted to use it to attract Japanese customers, but it became a hit among the company’s non-Japanese customers. New emoji are released every year, and their creation is overseen by the Unicode Consortium to ensure they are similar across all devices. For something this popular, it is not a surprise that they have generated their fair share of controversy. 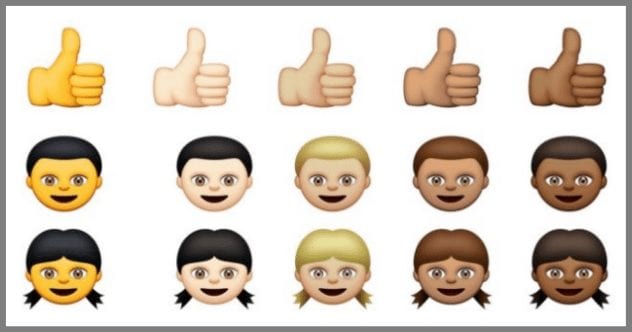 Apple found itself in the middle of a controversy after it released the Mac OS X Yosemite. The target of the controversy was the yellow face emoji that came with the new operating system. Prior to this, Apple allowed users to select between different skin colors for its human emoji. However, the new OS included a yellow skin color—which many assumed was for Asians—to the mix.

Opinions differed on Twitter and Weibo, China’s equivalent of Twitter. Some users supported the yellow face emoji because Asians could now use it in place of the white face emoji. Others complained that the yellow emoji was too yellow for an Asian and was nothing short of racism. Someone on Weibo even mentioned that the color made the faces look like they were suffering from jaundice.

Now here was the problem. Apple never released the yellow face emoji for Asians. The yellow face emoji is supposed to replace the white emoji as the default emoji. When long pressed, it will reveal several skin colors, including white, for the user to select from. Apple chose yellow because it is the color of the popular yellow face smiley emoji.[1] 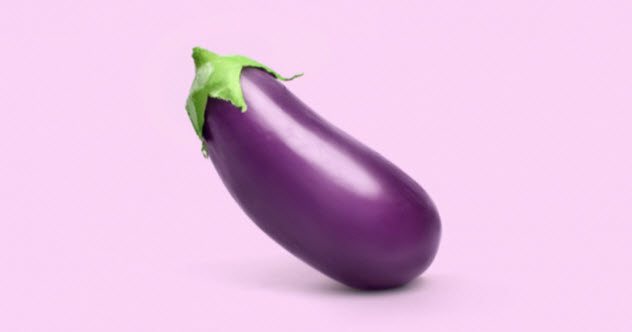 The emoji became the center of a controversy in 2015 after it was banned on Instagram along with hashtags like #eggplant and #EggplantFriday. The whole thing started in 2014 when male Instagram users started uploading questionable pictures of their “eggplants” with the eggplant emoji and #EggplantFriday hashtag.[2]

Instagram banned the hashtag because it violated its policy against nudity and sexual content. Users protested the ban with the #FreetheEggplant hashtag, but it was no use. On a side note, the eggplant did not become the go-to emoji for the male organ overnight. The banana and cucumber emoji used to be alternatives, but they just weren’t good enough. 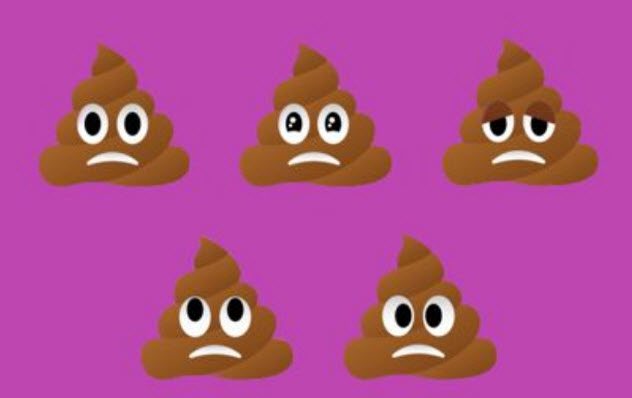 We should be familiar with the smiling poop emoji. Well! That emoji almost got a partner—a frowning partner. However, the idea was dumped after a controversy. Apparently, no one wanted a pile of poop frowning at them.

The frowning poop emoji was proposed in August 2017, 10 years after the creation of its smiling partner. The Unicode Consortium asked its members what they thought about the proposed emoji, and some thought it was just too uncool. Typographers Michael Everson and Andrew West were very vocal against the creation of the emoji.

We still might see the poop emoji sometime in the future. While it is no longer a stand-alone emoji, it has been proposed for use as part of an emoji sequence. That is, it might be combined with another emoji to create a new emoji. Just think of how the plate emoji was combined with the cutlery emoji. Makes us wonder what the frowning poop emoji will be combined with. 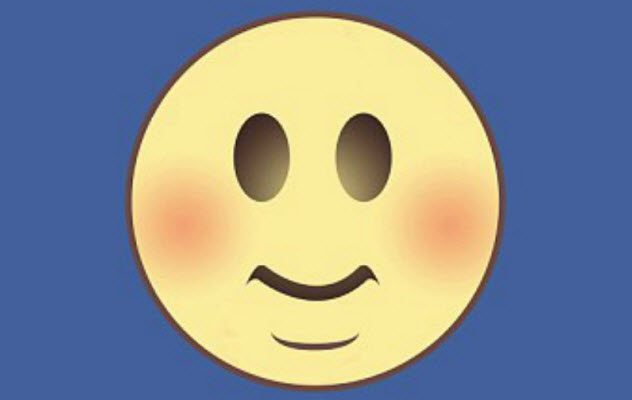 Have you ever felt fat? How can we even feel fat? The last time we checked, fat was not a feeling. Well! Not according to Facebook, which thought (and probably still thinks) that fat is a feeling. Facebook included a “feeling fat” emoji as part of several emoji it released in 2015. This instantly drew the ire of some users who protested that fat was not a feeling.

The “fat is not a feeling” campaign was spearheaded by Endangered Bodies, a feminist group led by Catherine Weingarten. She created a petition on Change.org and gathered over 15,000 signatures.

The group stated that the emoji, which was the normal yellow face with a double chin, promoted body shaming and made fun of fat people. It was also problematic for people with eating disorders. Facebook initially refused to change the emoji but later gave in. It replaced the emoji’s wordings with “feeling stuffed.”[4] 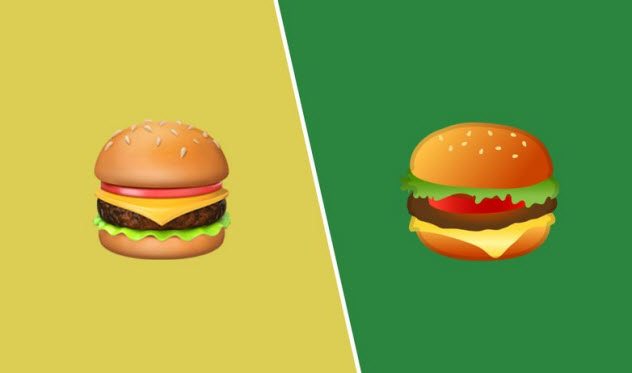 Google learned how seriously people took their burgers after it was called out for an error in its burger emoji. Its designers had put the cheese under the meat patty and directly on top of the lower bun. The error was brought to everyone’s attention in a tweet by social media analyst Thomas Baekdal. He compared Google’s emoji to Apple’s burger, which had the cheese on top of the meat patty.[5]

The announcement of this travesty was retweeted over 17,000 times with 1,500 comments debating the correct positioning of the cheese. Most insisted that the cheese should be on top of the meat patty and not under. Replying to the uproar, Google CEO Sundar Pichai stated that Google would abandon everything else it was doing the following Monday to fix the burger. 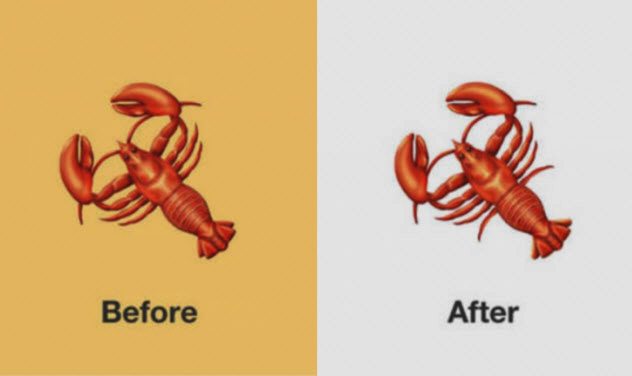 In 2018, the Unicode Consortium released samples of 157 emoji that would be hitting our devices soon. However, the lobster emoji raised eyebrows. First, the tail appeared to be deformed. Second, the lobster had 8 legs instead of 10, which was the source of the whole controversy.[6] 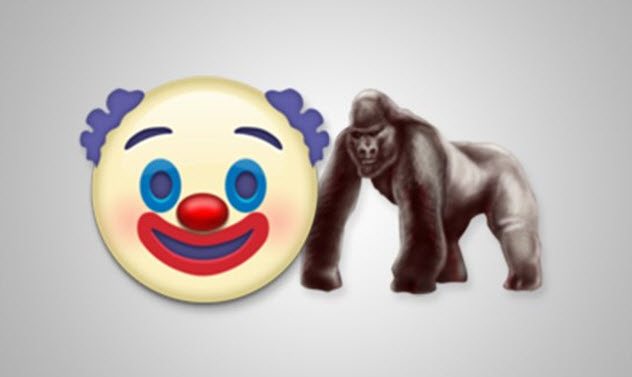 A gorilla and a clown emoji stirred controversy after they were included as part of 72 new emoji in an iOS update in 2016. It was not that the emoji were bad. They were just the unfortunate victims of poor timing.

The gorilla reminded people of Harambe, a male gorilla that was shot and killed at Cincinnati Zoo in May 2016 after the animal dragged a four-year-old boy who fell into his enclosure. Public reaction to the shooting was so intense that the zoo deleted its social media pages.[7]

The clown emoji was released in the midst of the 2016 clown craze when people dressed as clowns appeared to random people in the streets in several countries. Someone even accused Apple of orchestrating the clown craze just to advertise its upcoming clown emoji. 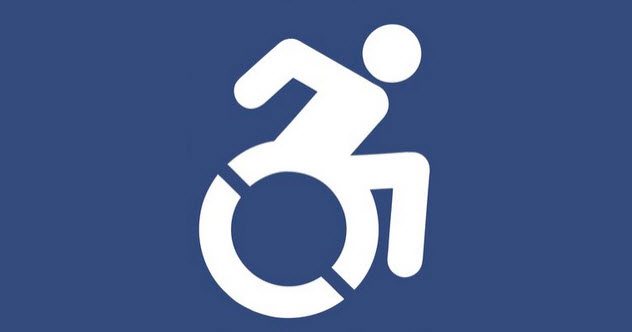 Then another symbol crept up. The person still sat in a wheelchair but lunged forward as if in motion. This is called the “accessible icon” and was even introduced in an emoji in iOS. The symbol is more of the target of the controversy here. It has been banned by the US federal government, rejected by the International Organization for Standardization (ISO), and labeled as being discriminatory toward disabled people.

Opinions were divided over the symbol. Some thought that it was cooler and better than the former symbol, while others could not understand why the person on the wheelchair was lunging forward. There was also an underlying issue. Sara Hendren and Brian Glenney, the two people responsible for the design, were not disabled. Apparently, most disabled people want disabled people designing their symbols.[8] 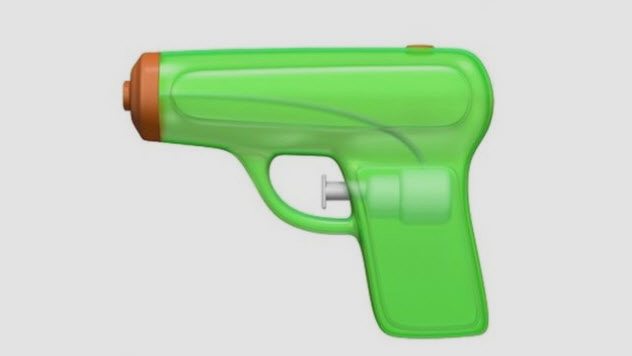 Apple stirred another controversy after it replaced its pistol emoji with a water pistol emoji in response to several gun attacks in the US. Jean Hannah Edelstein, a columnist for The Guardian, welcomed the new emoji as a win for gun control while Jeremy Burge, the editor of Emojipedia, criticized it. He suggested that Apple remove the pistol emoji completely instead of changing it to a water gun.

He was right, though, because Apple only succeeded in creating a new problem while trying to solve the original one. You see, while the Unicode Consortium creates the Unicode on which emoji are based, individual technology companies are responsible for determining how their emoji look. This is why emoji look different on various websites, phones, and apps.

So Apple’s water gun emoji only appears as a water gun when the sender and receiver use Apple gadgets. When the receiver uses some other gadget, say a Windows or Android phone or tablet, they see a real pistol. This could leave a message open to misinterpretation.

In fact, Microsoft announced that it was redesigning its pistol emoji to resemble a real pistol around the same time that Apple introduced its water gun. Of course, this does not mean that Microsoft supports gun attacks. Along with Apple, Microsoft blocked the introduction of a rifle emoji.[9] 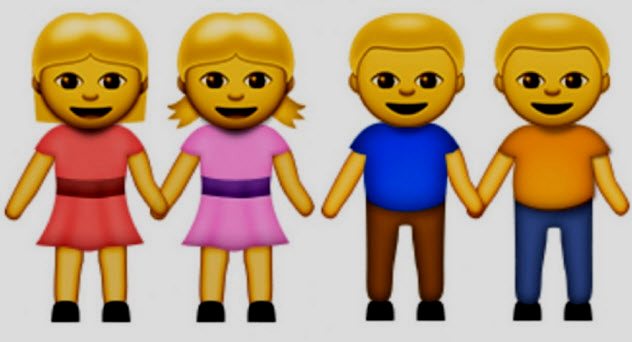 LGBT emoji have raised eyebrows in countries where homosexuality and same-sex marriage are illegal. In fact, Apple once found itself under investigation in Russia over suspicions of promoting gay propaganda. Apple was not actively promoting same-sex marriage. Their LGBT emoji simply seemed to run afoul of Russia’s laws, which forbid the use of LGBT signs and images.

While Apple’s LGBT emoji had previously come under fire in Russia, this was the first time that they attracted a government investigation. If found guilty, Apple could be fined 1 million rubles ($15,000). One of the prominent opponents of Apple’s LGBT emoji is Vitaly Milonov, the representative of St. Petersburg. He wants Apple to either release a special version of the iPhone without LGBT emoji for the Russian market or label the iPhone as an 18+ gadget.[10]

LGBT emoji have also come under fire in Indonesia where the government ordered all instant messaging apps operating in the country to remove all same-sex emoji from their apps. Unlike Russia, homosexuality is not illegal in Indonesia. However, it remains a controversial topic.