Sexual relations between humans and animals is actually legal in some countries. In others, it is a gray area and is neither legal nor illegal. However, centuries ago, bestiality was considered a grievous offense and commanded the death penalty.

Lots of people have been hanged for bestiality. However, not all were guilty. Some were hanged for flimsy reasons, such as looking like a baby animal. Others were found guilty even though the evidence was clearly flawed. 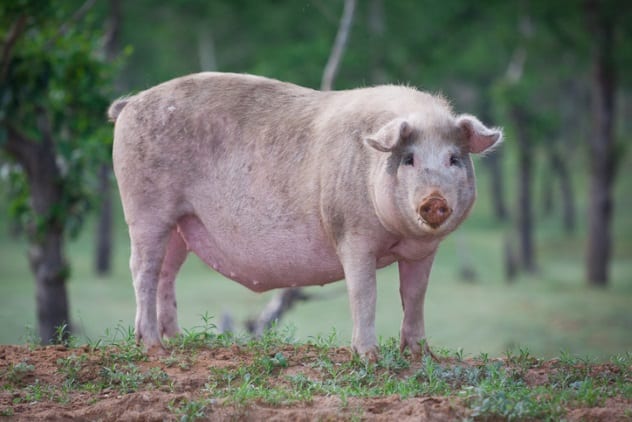 In 1642, George Spencer of New Haven, Connecticut, was executed for impregnating a sow. Spencer wasn’t caught in the act; he only became a suspect because the piglet the sow birthed looked like him.

The sow was owned by John Wakeman, who complained to a magistrate that his pig had birthed an abnormal piglet. The piglet was hairless and very soft. Its head was reddish-white, just like the head of a human child. Its ears, neck, mouth, chin and nose also resembled that of a human child. It also had one single eye protruding from the middle of its forehead.

Spencer had protruding eyes, just like the piglet. He also used to work for the former owner of the sow. So he became the suspect. Spencer appeared before the local magistrate, Stephen Goodyear, and denied any illicit relationship with the sow. However, Goodyear was already convinced that Spencer was the father of the piglet and would not take no for an answer.

Spencer continued denying any illicit relationship until Goodyear quoted Proverbs 28:13: “He that covereth his sins shall not prosper: but whoso confesseth and forsaketh them shall have mercy.”

Believing he would be freed if he accepted guilt, Spencer agreed that he fathered the piglet. He later retracted his confession when he realized that the lie was not going to set him free. However, it was too late. He was sentenced to death by hanging.

Spencer was hanged on April 8, 1642. While awaiting execution, the accused sow was brought to the gallows and slaughtered right in his presence. Interestingly, Spencer retracted his earlier denial and confessed that he truly got the sow pregnant. Spencer claimed guilt, not because he did it but because that was what people wanted to hear.[1] 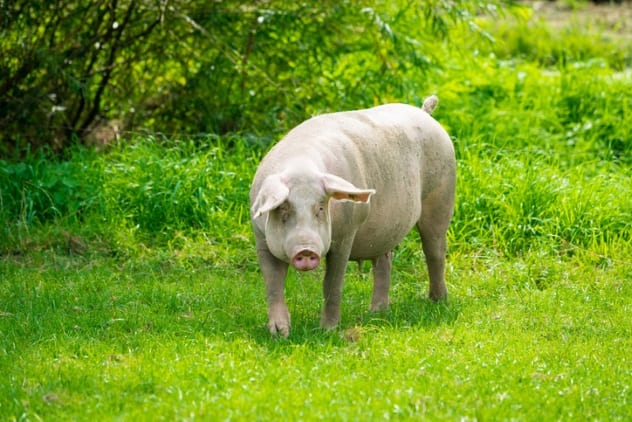 Like Spencer, Thomas Hogg was accused of impregnating a sow because her piglet looked like him. However, he (barely) managed to escape the hangman’s noose. We know this list is about people that were executed, but Hogg’s story is so interesting we couldn’t leave it out.

During the winter of 1645–1646, Margaret Lamberton of New Haven, Connecticut, discovered that her sow had birthed two abnormal piglets. The first was unusually white, and the other had an abnormally bulging right eye and a humanlike head.

Lamberton went to the town’s doctor with the piglets. There, she concluded that the piglets were part human. The suspect was none other than Thomas Hogg, who helped her care for the sow. He had a bulging right eye and was pale and white, just like the piglets. Lamberton was further convinced that Hogg was the father because he was prone to walking around with his privates on display.

In truth, Hogg was innocent. His pale look was caused by Graves’ disease. He unwittingly exposed his genitals because he suffered from an inguinal hernia. He always wore a steel gadget to stop his penis from entering into his body. This device often cut through his breeches, exposing his privates.

Hogg denied impregnating the sow. To prove Hogg truly fathered the piglet, Theophilus Eaton, the governor of New Haven, took Hogg to the sty in which the sow lived. He observed that the sow quickly turned lustful the moment Hogg touched her. To confirm Hogg was guilty, he made Hogg touch another sow in another sty. The sow did not flinch.

Hogg continued to deny the paternity claims and was finally acquitted because there were no witnesses. He would have been hanged like Spencer if he had confessed that he’d fathered the piglet. Hogg was not totally free, though. He was found guilty of displaying his privates and stealing food from Lamberton. He was sentenced to whipping and hard labor.[2] 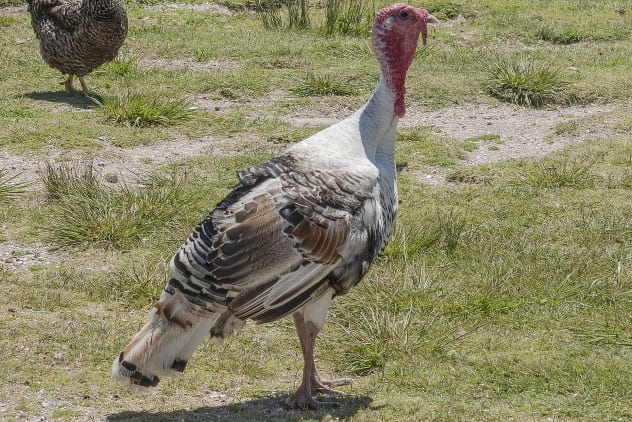 Then came the problem of determining the animals Granger had been copulating with. Authorities concluded that he had done it with a cow, a turkey, two goats, two calves, and five sheep. He was sentenced to death by hanging. Just before Granger was executed, the accused animals were marched to the gallows and slaughtered while he watched.[3] 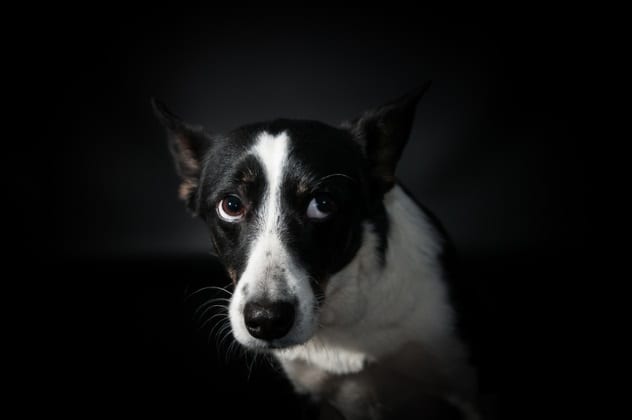 Sometime in 1601, a French court sentenced 16-year-old Claudine de Culam to death after she was found guilty of having sex with a dog. Claudine denied any sexual relation with the dog, but the court had an ingenious way of finding the truth.

Prosecutors took Claudine and the dog to a room just outside the courtroom. Inside, Claudine was ordered to undress. The dog jumped on her immediately and attempted to mate with her. Prosecutors mentioned that the dog would have had its way with her if they had not stopped it. They believed this was enough evidence that Claudine and the dog had been engaging in an illicit relationship.

Claudine and the dog were stangled before their corpses were burned. Their ashes were then sprinkled around.[4] 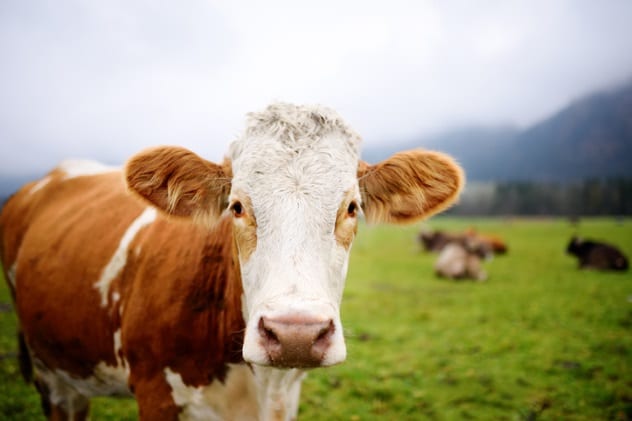 On December 5, 1774, John Taylor (aka John Philip Snyder) was hanged in Burlington, New Jersey, for bestiality and murder. On October 2, 1774, Orpha Emlay, who employed Taylor as a farmhand, caught him having sex with one of her cows. Emlay shouted, attracting the attention of Taylor.

Taylor grabbed a knife and hammer and went after Emlay, who quickly fled. He caught her, crushed her head with the hammer, and cut her throat. Taylor was hanged with Peter Galwin, who either raped or attempted to rape four girls. The crowd was so angry with the men that they tried to kill them before they could be hanged.[5] 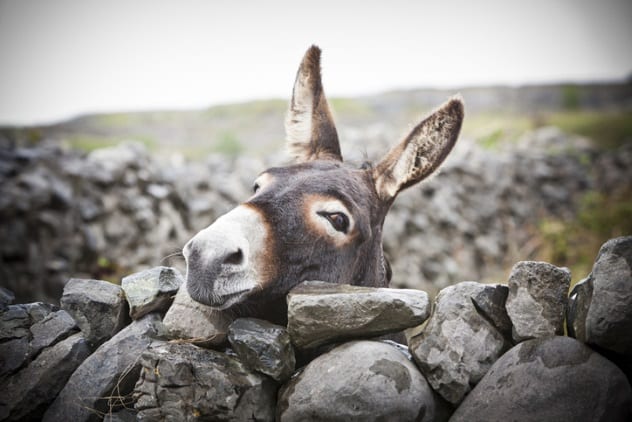 Now, we are back to France. Sometime in 1750, Frenchman Jacques Ferron was found guilty of having sex with a jenny (a female donkey). As you should have noticed from the previous entries, the animals involved in bestiality charges are usually executed along with the accused. However, only Ferron received the death sentence this time.

The citizens of Vanvres wrote to the magistrate, claiming that the jenny was of good behavior and had been an unwitting victim. In the letter, which was signed by the local parish priest, the jenny was said to be well-known for her gentle and honest behavior. Unfortunately, the same could not be said of Ferron, who was hanged.[6] 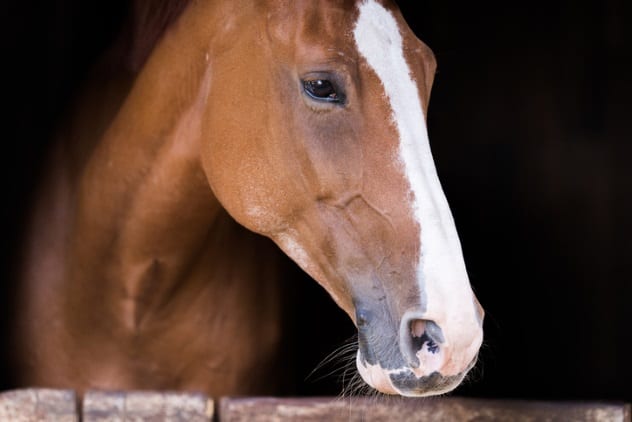 In 1674, 17-year-old Benjamin Goad (or Gourd) was hanged for bestiality in Massachusetts. He was caught having sex with a mare. Goad confessed that he’d been having sex with the horse for a year. No one could vouch for the mare’s behavior this time, and it was slaughtered while Goad watched. Goad himself was executed soon after. 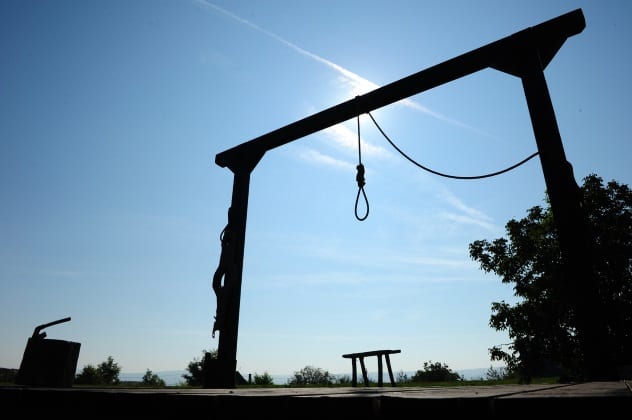 In 1654, 15-year-old Walter Robinson was hanged for bestiality in New Haven, Connecticut. Robinson worked as a shepherd. He was grazing his flock when a fisherman (some sources say a sailor) caught him having sex with his dog.[8]

Robinson fled when he realized the fisherman had seen him. The fisherman shouted after him and promised that he would be executed. Robinson was later arrested. He initially denied the charge but later agreed that he had sex with the dog but said he did not fully penetrate her.

The fact that he only partially penetrated the dog would not save him from death, and he was sentenced to be hanged. Before his execution, he watched the dog stabbed to death. He and the dog were buried in the same grave. 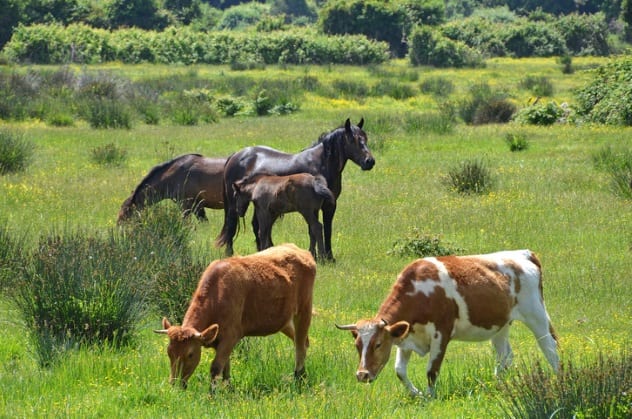 By now, you’ve probably noticed that New Haven, Connecticut, has a long history of hanging people for bestiality. William Potter was added to the long list in 1662, after his son caught him having sex with a sow. Ironically, Potter was among the people who founded New Haven.

Potter’s case was particularly of interest because he was thought to be morally and religiously upright. Besides helping in founding the colony, he also attended John Davenport’s church, which had the strictest rules for membership in the whole of New England.[9]

Potter initially denied the charge of bestiality but later admitted that he really had sex with the sow. He confessed that he had been having sex with animals since he was 11. He said he tried suppressing the urge and once once hanged a dog because he almost had sex with it. But the urge took hold of him, and it continued for over 50 years before he was caught.

John Davenport’s church was so disgusted with the charges that they held a “Solemn Day of Humiliation on this Occasion” to cleanse the church of Potter’s sins. Potter cried as he was taken to the gallows for execution. Before he was hanged, several cows, sheep, and sows he was suspected to have copulated with were slaughtered while he watched. 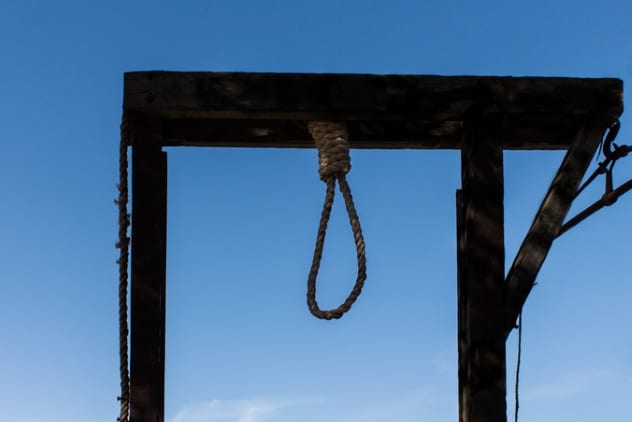 The sentencing of both men surprised historians for two reasons. First, both men were in their eighties. People accused of bestiality were usually much younger. Also, no state in the Colonies/US had hanged anyone for bestiality for over a century. (Remember, John Taylor also murdered someone.) So what happened?

Historians Doron Ben-Atar and Richard Brown noted that the men were sentenced to death by hanging because of the uncertainty that followed the Revolutionary War. The US was a new and confused nation at the time. Religious teachings and beliefs were being questioned, and some people thought religion was under threat. The Puritans, who imposed many of the earlier bestiality sentences, continued to do so to show that they were in charge. However, solace came Farell’s way when Governor Sam Adams pardoned him. Washburn was also saved from the gallows when he died a few days before his scheduled execution.[10]