Most of the time, when somebody upsets us, we attempt to stay calm, offer our forgiveness, try to be the bigger person, and move on. However, in some scenarios, we just cannot suppress the urge to seek some sort of revenge. And some people out there have resorted to some wacky and hilarious revenge-seeking methods! Try not to get any ideas as we list 10 of these clever and funny—and hopefully harmless—acts of revenge. 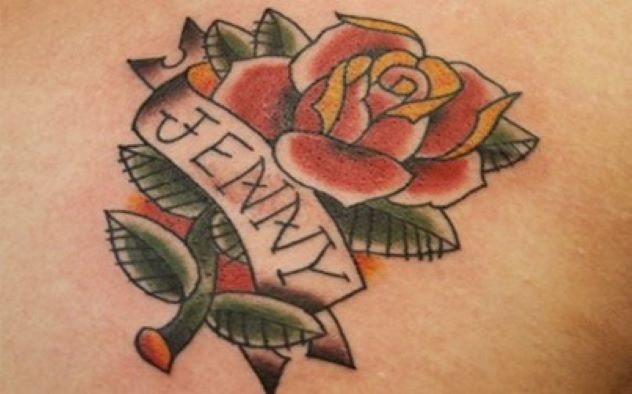 Whenever somebody discovers that their other half has been cheating on them, their initial reaction is usually to confront the cheater to express their fiery emotions. However, this was not the case for one Twitter user, who managed to remain calm and devise a simple but genius revenge plan.

“My boyfriend cheated on me, so I convinced him to get matching tattoos…he went first, and I went home.” Cheating usually results in a lot of consequences, but an ironic tattoo isn’t usually one of them. What an incredibly effective way to teach a lesson because now the man has been left with a constant reminder of his mistake, permanently engraved on his skin![1] 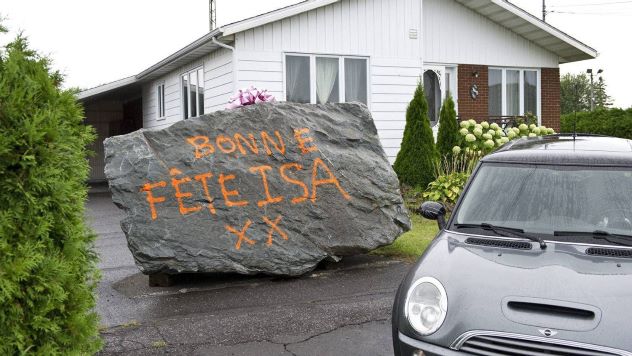 Newly divorced couples are often filled with the feeling of wanting vengeance. This was particularly the case for Dany Larivière, the mayor of a small Canadian town. He felt so much bitterness when he and his wife got divorced that he decided to finally give his wife the big rock she had been asking for.

Obviously, she had been talking about a big, sparkly diamond ring, but he took it to the next level. He took her words quite literally, leaving a 20-ton boulder in her front lawn on her birthday! He even spray-painted the message “Happy Birthday” over the rock. Unfortunately for Larivière, after undergoing an investigation, he actually faced charges for his petty act. As a result, some might say that he hit rock bottom.[2]

Getting your possessions stolen sucks! Especially when there is nothing you can do about it and have no way to get them back. However, sometimes with the use of some creativity, instead of resorting to the police, we can take matters into our own hands. A man from Massachusetts once had his laptop stolen, so he decided the best way to retrieve it was to remotely hack into his own laptop. Upon doing so, he hit the jackpot and found a super embarrassing video that the thief had recorded.

The thief had filmed a 12-minute-long video practicing dance moves in front of the webcam. When the man discovered this footage, he posted the video to YouTube, entitling it “Don’t steal computers from people who know how to use computers.” The video reached the thief’s attention, and sure enough, he returned the laptop to the man, begging for him to take the video down in return. The man got his laptop back as well as his revenge—because he never took the video down![3]

7 A Song About Luggage

Some airlines do a terrible job at keeping passengers’ luggage safe. On many occasions, people’s luggage gets damaged or even lost. Whenever this happens, many people don’t know what to do. Canadian musician Dave Carroll knew exactly what to do about it.

He decided to make a song about his experience and how his guitar got damaged by the airline. The best part is that the song became so popular that the value of the company dropped by 10% within about four weeks of YouTube’s video release of the song, as reported by the BBC. This devastating loss would have bought Carroll more than 51,000 replacement guitars.[4] 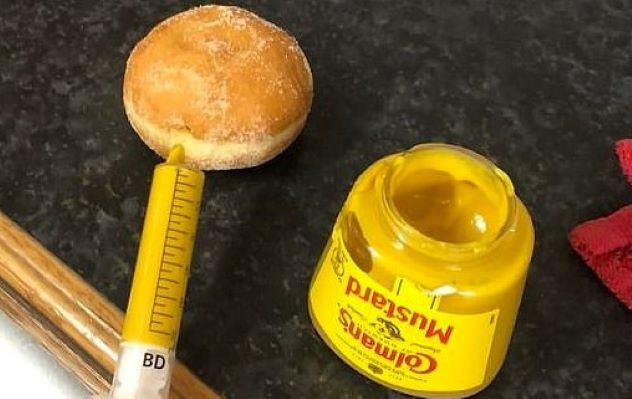 Some people say that revenge tastes sweet. However, this isn’t the case whenever revenge contains large servings of mustard. Having communal fridges and cupboards is often a recipe for disaster because it often sparks intense debates in the workplace over who ate what.

According to a Reddit story, a man from Leeds, who was fed up with his colleagues eating his doughnuts, decided to take matters into his own hands. He brought a fresh packet of doughnuts into work one day and, using a syringe, injected large dollops of English mustard inside each of them. He then resealed the packet. It was safe to say that none of his colleagues dared to steal another doughnut again after receiving a mouthful of mustard.[5]

Guy who got his car towed -Pays tow truck company with 8,800 Pennies

In 2009, a college student named Jordan Renken took pettiness to a new level whenever he emerged from a bar and discovered his car had been towed. He needed $88 to pay for the release of his impounded car, and the ordeal resulted in him having to face a 15-mile walk home.

Jordan decided to pay his fine while also seeking revenge on the towing company in the process—he delivered the fine in the form of 8,800 pennies! Initially, the cashier refused to take the payment and thought he was out of his mind, but Recken had done his research beforehand and knew they were required to accept the money as long as it was legal tender. He was so stubborn and refused to back down to the point where the woman called the police, who arrived and found the situation hilarious. After almost an hour of debate, Recken actually managed to retrieve his car while also giving the employee the worst day she’s ever had.[6] 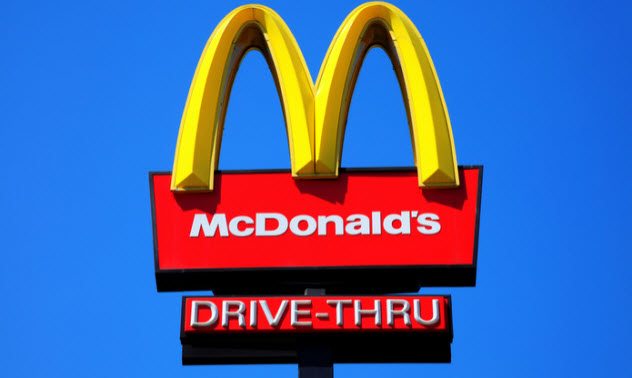 Big displays of public aggression can be overrated. Sometimes the most satisfying types of revenge are the sneaky, passive-aggressive ones. This was the case for a McDonald’s drive-thru customer in August 2019, who placed an order for revenge as well as an order for food.

While placing his order, an impatient woman behind him started beeping her horn and cursing the man for taking too long. Then, in an unexpected twist, he kindly paid for the woman’s food as well as his own. The woman saw this and began rethinking and regretting her actions. However, when he proceeded to the pickup window, he showed the receipt for each of the two orders, collected both of them, and then smugly drove off with the woman’s food![7]

We don’t have a name on this one, and it seems to have become somewhat of an urban legend. But it can still act as a cautionary tale—hence it remaining on the list—as nothing in the drive-thru is that important! 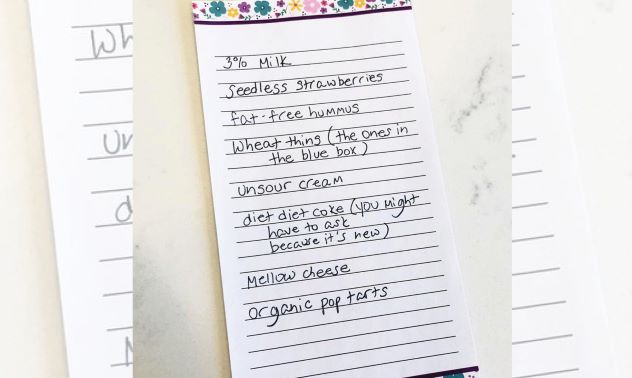 In March 2019, a blogger by the name of Baby Sideburns thought of a hilarious way to get revenge on her husband and to take out all her frustration over his laziness. Karen Alpert was getting fed up with her husband lying on the couch while she got stuck with the housework, so she thought of a cunning plan.

She comprised a long shopping list containing numerous items, gave it to her husband, and sent him out to the supermarket. However, the items she wrote down didn’t exist. So Karen turned her phone on silent while her naive husband cluelessly searched for unsour cream, seedless strawberries, and diet diet coke—it’s new—among other wacky items![8]

Woman Has the Ultimate Revenge on Ex-Boyfriend | This Morning

Londoner Angel Exford got the ultimate revenge on her boyfriend in 2018 after realizing he was nothing but a scammer. She started noticing red flags when he posted pictures with expensive cars on Instagram, despite the lack of money he had available in real life. On their first date, after claiming that he had lost his wallet, they were forced to use Angel’s card to pay for the meal.

Turns out the man had actually stolen her card details on the date and had been using the information to purchase Instagram followers as well as stuff for another girlfriend! She exposed his fraudulent behavior on social media platforms, which went viral with thousands of likes and reposts. However, she was not content with this. After discovering that he was planning a getaway with his other girlfriend, she got her ultimate revenge and had him publicly arrested at the airport before he could head away on his romantic holiday—that was funded with Angel’s money![9]

Revenge can often benefit more than just one person; sometimes, it can even benefit a plane full of people. This was the case for stand-up comedian Steve Hofstetter when he encountered an incredibly obnoxious woman in an airport in 2017. The woman was talking loudly on the phone and was oblivious to her dog, who had defecated beside her. Many witnesses were appalled and asked the woman, “Aren’t you going to clean that up?” To Steve’s astonishment, the woman replied, “They have people for that.”

Everybody sat as far away from the woman as possible in the boarding area, but Steve sat down beside her and politely asked where she was going. “I’m going to Tokyo,” she responded gruffly. Steve then responded, “Oh, then you better hurry. That flight got moved to gate 53C. This is the flight to London.” In a panic, the woman rushed to the other side of the airport, and by the time she realized that she had been fooled, she had missed her flight! Steve didn’t actually mean for this to happen; his intention was to only give her a moment of panic![10]