Hamsters: incredibly cute little critters. They’re best known for ambling around their sawdust-filled cages and lapping from their little water droppers. Hamsters, mice, rats, and other rodents make popular pets, especially among children. However, these pets have the potential to turn deadly.

Here are ten times the chubby little rodents have brought about tragedy.

One afternoon, a woman collected her new pet from a PetSmart store in Rhode Island. The little hamster was skittish, rattling around in his cardboard carrier on the drive back home. When releasing him into his new cage, the woman was bitten on the finger. It drew a tiny pinprick of blood, but she thought nothing of it—he was just nervous about his new home, perhaps.

Shortly after that, the woman suffered a stroke due to unrelated causes. She was on the U.S. Organ Donor list, and her family was glad that her organs could go on to help others lead fulfilling lives.

Massachusetts General Hospital was, at this time, overseeing the treatment of Thomas Magee. He needed a liver transplant, and the unnamed hamster owner was a match. The surgery went ahead with few complications; however, five days post-surgery, Magee presented with high blood pressure and a fever.

The woman’s liver was not the only organ donated—both lungs and a kidney had also been donated and already implanted into two successful matches in Rhode Island and Massachusetts. Unfortunately, both of these other patients would also later die.

The deaths were eventually found to be a case of lymphocytic choriomeningitis virus (LCMV). Rodents can occasionally infect humans with this saliva-borne disease, though it usually presents as cold and flu symptoms.nk3] Unfortunately, as organ transplants demand a patient be immunosuppressed, the three organ recipients were at the mercy of the viral infection. This scenario was not limited to these three patients as the video above reveals.[1]

On January 15th in Hong Kong, a 23-year-old pet-shop worker tested positive for the Covid-19 Delta variant. This was “bizarre,” as Hong Kong had maintained a totally zero-covid approach.

Digging deeper, officials decided to test the animals at the pet shop for a possible viral jump from animal to human. Here, they detected SARS-CoV-2 in 11 of 28 Syrian hamsters. Some of these hamsters had caught the disease in the Netherlands in 2021, where it had then spread among the little critters during shipping.

This caused an outbreak of roughly 50 Covid cases before being swiftly suppressed. Part of this suppression involved the collection and mass culling of 2,000 pet shop hamsters and other small pets. However, there was no evidence that anyone caught the virus from the infected hamsters.[2] 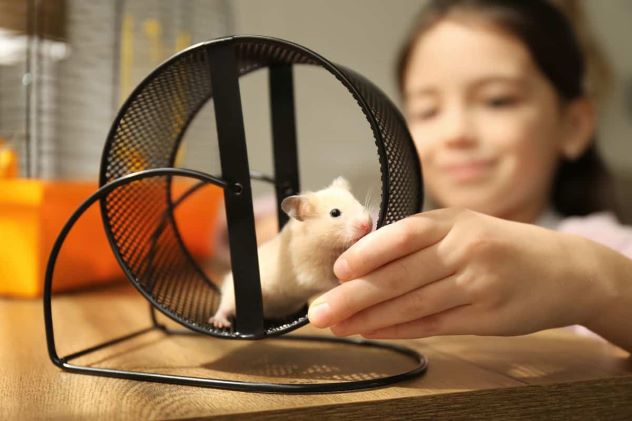 This wasn’t the first time hamsters had caused chaos in Hong Kong. In April 2013, a young girl was playing with her pet hamster. Suddenly, the hamster bit the 11-year-old on the pinky finger of her right hand. Returning the hamster to its cage, the young girl calmly walked to the kitchen, and her dad cleaned the wound.

Shortly afterward, the girl developed cramps and passed out. She was rushed to the Prince of Wales hospital in Sha Tin. However, it was too late—shortly after 2 am, she was declared dead.

Pediatrician Dr. Anthony Ng Wing-Keung stated that as the girl was asthmatic, there was the very rare chance she developed anaphylaxis, which is a rapid and serious allergic reaction that can affect breathing passages.[3]

The Truth About Hamsters Is Surprisingly Dark

Father of two, Ashley Green, almost suffered a similar fate at the last young girl. In 2007, the British man was playing with the family pet hamster, Sydney, when the rodent took a tumble. When he went to catch the hamster, the rodent bit his hand.

His wife describes how “within seconds, he began to wheeze. I knew straight away he must be allergic because the previous year he suffered a massive anaphylactic reaction to penicillin.”

The man’s face started to turn grey, and he was whisked off to a nearby hospital. The doctors battled for four days to stabilize his blood pressure. Thankfully, Green made a full recovery, and Sydney was rehomed shortly afterward.[4]

In 2005, two young boys from South Carolina and Minnesota fell ill. One had just bought a hamster, the other a small mouse. Unfortunately, both rodents died shortly after being bought home. Nevertheless, the boys’ conditions worsened; others around them also started to suffer from abdominal cramps, fever, vomiting, and bloody diarrhea.

In total, six people were hospitalized. The symptoms matched severe cases of salmonella, but the virus was resistant to five major bactericides (ampicillin, chloramphenicol, streptomycin, sulfisoxazole, and tetracycline). 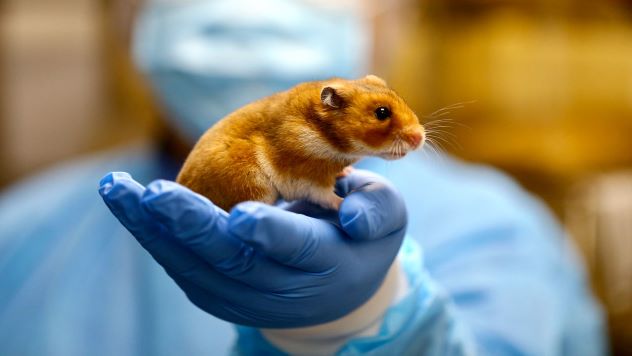 In a research lab in North America, a mysterious outbreak saw medical staff suffering from fever, chest pain, and malaise.

As some staff deteriorated further, blood tests were conducted: it was found to be lymphocytic choriomeningitis. This serious condition can be fatal, as the symptoms can overlap those of meningitis and encephalitis. In addition, locked neck muscles and seizures can soon follow infection.

After some time, all of the research team survived, though the lab hamster population was severely damaged.[6] 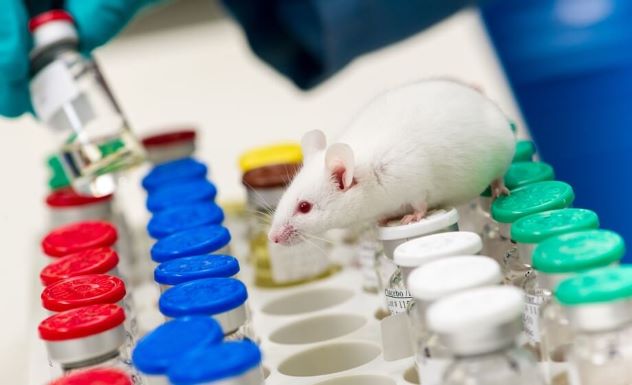 Another outbreak of lymphocytic choriomeningitis was discovered in 1942. This time it was at a cancer research facility, and workers were handling and breeding the small rodents. The facility had been injecting specimens with LCMV-infected tumor cells and had recently increased the rodent population and duration of experiments.

As a result, the viral load was considered large enough to make the interspecies leap: seven employees came down with the virus, though no fatalities were recorded.[7]

Technically, these last few aren’t Mesocricetus auratus but are still small pet rodents. Syrian hamsters could theoretically carry the same viral loads. However, there have been no recorded cases linked explicitly to the pet hamster.

In 2013, doctors in Colombia turned to the CDC for help with a case. A 41-year-old man with HIV had come in, suffering from fatigue, weight loss, fever, and coughing. Full-body scans revealed growths in his lungs, liver, and adrenal glands.

After three months of testing, the CDC found dwarf tapeworm DNA in the tumor cells. Three days later, the man was dead. They concluded that the dwarf tapeworm that had infected the man had then mutated into cancerous tumors.

Dwarf tapeworm is incredibly common in rodents from pet shops. An epidemiological survey and genetic analysis found that 24.6% of hamsters, mice, and rats in pet shops presented with Hymenolepis nana.

Realistically, developing cancer cells from a hamster infected with H. nana is unbelievably rare. Experts say this was only possible thanks to the man’s severely low number of T-cells due to his HIV diagnosis.[8]

Symptoms of Hantavirus – The Doctors

In May 1997, in the southwestern U.S., a young farmhand started suffering severe respiratory distress. He died very quickly. Mere days before the young man died, his fiancée had also passed away in a similar manner. No initial viral matches seemed to give an answer for the two deaths.

Dr. James Cheek of the Indian Health Service (IHS) stated, “I think if it hadn’t been for that initial pair of people that became sick within a week of each other, we never would have discovered the illness at all.”

Five others shortly died similarly in the Four Corners region. The CDC launched a full response, sending tissue samples to labs and narrowing down the virus to a new form of hantavirus.

The deer mouse was found to be the most-infected specimen of rodent in the area, leading scientists to believe that deer mice had been responsible for the rapid infection of a community. Upon the isolation of this new virus, the disease was named hantavirus pulmonary syndrome.[9]

In August 2013, a 10-year-old child was suffering from vomiting, headaches, and leg pains. His physician diagnosed him with a stomach bug and prescribed him some anti-nausea medication. He went home, and throughout the next three days, his situation deteriorated rapidly before he collapsed.

Resuscitation was attempted but, after an hour, was deemed unsuccessful. The autopsy noted a small scratch on his body. Ten days beforehand, the boy had brought a second pet rat home. With suspicions in mind, his liver was sent for testing, as was one of the pet rats.

The test returned a positive case of Streptobacillus moniliformis. This is a bacteria that causes the titular “Rat Bite Fever.” Approximately one in 10 bites might cause infection, and if left untreated, it has a fatality rate of 13%.[10]