10 Lost Films That Were Recently Found

Films function as time capsules, showcasing the fashions, hairstyles, slang, and the concerns of society at the time they were made. That’s why it’s a tragedy when any film becomes lost. The reasons a film can go missing are many—vault fires, film cans being misplaced or stolen, or just general indifference in preservation.

A staggering 75% of the earliest movies, the silent films, are considered lost today. And a group of independent filmmakers at missingmovies.org are highlighting the problem of how more recent movies—even from the 21st century—can go missing due to rights issues, effectively hiding away the elements required to produce new copies. Fortunately, lost films are found and restored every year. Let’s take a look at ten lost films that were found recently.

Related: 10 Of The Most Sought-after Lost Films

George A. Romero is a legend in the horror film genre. His 1968 independent production Night of the Living Dead kickstarted both his directing career and his “Dead” series, which grew to include the acclaimed Dawn of the Dead (1978) and fan favorites Day of the Dead (1985) and Land of the Dead (2005). So if you’re a charity looking to commission a public service film, Romero may not have been your first choice.

But in 1973, The Lutheran Service Society of Western Pennsylvania (an early forerunner to the “meals on wheels” service to the elderly) did, in fact, hire Romero to make a film on the theme of aging. (LINK 3) The result was The Amusement Park, a hellish dreamscape of a film that uses the park as a metaphor for the difficulties the elderly go through. For example, the “freak show” is a young audience gawking at completely ordinary older people. Unsurprisingly, the charity was horrified with the work and didn’t release it. Romero exhibited the film at the 1975 American Film Festival. After a couple of more festival showings over the years, the film eventually became lost.

Then in 2017, weeks before Romero’s death, he was sent the last known copy of the film. This led his widow to have a 4K scan and reconstruction of the film created, which was finally released in 2021, to the delight of Romero’s legion of fans.[1]

9 The Film Saved from the Nazis

In 1931, a Polish husband-and-wife filmmaker duo, Stefan and Franciszka Themerson, filmed a surrealist short with strong anti-fascist themes. It was called Europa, and it was made to reflect the dread and horror they felt as Europe was slowly moving toward World War II. In 1938, the Themersons moved to Paris, leaving Europa and four other films in the Vitfer film laboratory in Warsaw. After the Nazis later seized the films, Europa was assumed to be lost forever

Over time, the lost film gained legendary status, with many in the film community mourning its loss. A remake using surviving still photos was made in 1983, but the couple both died in 1988, thinking their film was lost forever. Then in 2019, researchers notified the Themersons’ niece, Jasia Reichardt, that they believed Europa was actually housed in one of German’s national archives, the Bundesarchiv. This lead turned out to be correct, and the Themerson estate donated the film to the British Film Institute (BFI). Following a restoration, it premiered on October 6, 2021, at the BFI London film festival.[2]

8 The Pandemic Leads to a Lost Film Being Found

It’s hard to find any positives about the coronavirus pandemic, but perhaps more free time at home is one of them. Olivia Babler, the director of film transfer operations at the Chicago Film Archives, would probably say so. Stuck at home in early 2020, Babler used the extra time to finally go through a large number of film reels that had come from a basement in Peoria, Illinois. Among those reels was the previously lost 1923 Universal Pictures murder mystery The First Degree.

Described as “a film about sheep farming and blackmail” and featuring “a villain with a great mustache,” The First Degree hadn’t been seen since its initial theatrical run. It was considered lost for nearly 100 years. The find also brought to light Chicago’s past as a major hub for film production in the early days of the movie industry. It made its 21st-century premiere at the Gene Siskel Film Center in Chicago on September 29, 2021.[3]

In the days before the Motion Picture Association of America came up with their now-familiar rating system (G, PG, R, etc.), the Catholic Legion of Decency held a lot of power in the film industry. The group was formed in 1934 to identify objectionable content in films, and a “C” rating (a condemnation) by the Legion could hurt a film’s box office potential. Such was the case with Private Property, a lurid and artsy crime drama from 1960, starring Corey Allen and frequent Sam Peckinpah collaborator Warren Oates as two crooks who hold a woman hostage in her own home. The Legion’s condemnation kept distributors and audiences away from the film, and it eventually became lost.

In 2015, the UCLA Television & Film Archive finally tracked down Private Property, leading to its restoration and a 2016 re-release. Modern audiences found a lot to like about the film. So did critics—it now holds an impressive 89% critics score on Rotten Tomatoes. Writing at rogerebert.com, critic Matt Zoller Seitz noted that Private Property “is a terrific example of the spell that a confident film can weave by placing a handful of troubled characters in a confined location.” (LINK 12) [4]

Mickey Rooney is an acting legend, first appearing onscreen as a child and racking up 343 acting credits in his long and varied career. With so many films under his belt, it’s understandable that some might slip through the cracks. And that’s what happened to the 1975 slasher film The Intruder.

In 2016, Harry Guerro set out from his New Jersey base to the Mojave Desert in California to check out a storage location full of old films. He found The Intruder among the films stored there. Guerro owns Garagehouse Pictures, a DVD/Blu-ray label that specializes in making obscurities able to view again. The most surprising thing about The Intruder was that it was so obscure that no one had seemed to have heard of it. “I was not familiar with the film at all—no one was! The film had no Internet Movie Database entry and didn’t appear on any filmographies of the principals,” Guerro told The Life and Times of Hollywood about his find. Following a six-month restoration, The Intruder was released on Blu-ray in 2017, making a truly lost film available for the first time.[5]

5 Home Movies from the Altamont

The Rolling Stones’ performance at San Francisco’s Altamont Speedway in 1969 is notorious due to an interaction between the Hell’s Angels (who had been hired for security) and a fan that ended with the fan being stabbed to death. The incident was famously captured in the film Gimme Shelter, but new footage from that day has emerged.

In 2002, The Library of Congress purchased 200,000 reels from archivist Rick Prelinger. Prelinger himself had bought the reels from Palmer Films, a San Francisco company going out of business in 1996. The Library has slowly been going through the reels, and in January 2022, they announced they had discovered previously unseen home movies shot at the Altamont Free Concert. It features candid shots of not only Mick Jagger and Keith Richards but also footage of sights not seen in Gimme Shelter, like Carlos Santana and Crosby, Stills, Nash, and Young. The footage can be seen online at the National Screening Room.[6] 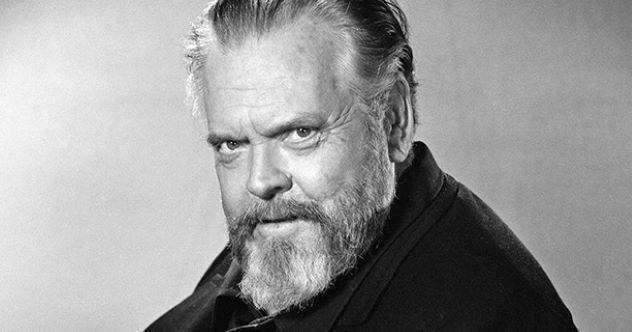 Home video is something we take for granted in this day and age, but in the early 1970s, this was a new and exciting technology. An early home VCR, Avco’s Cartrivision, went on the market in 1972 and commissioned some original productions to entice buyers. Among these were six short films by Orson Welles. Unfortunately, when Cartrivision flopped, these and the rest of Avco’s original tape productions were bulk erased, leaving them unseen.

Incredibly, in early 2022, the Welles’s estate purchased at auction two surviving Cartrivision titles that he made: Two Wise Old Men: Socrates and Noah, and American Heritage Vol. 2: Clarence Darrow. Unfortunately, while the Clarence Darrow tape had been erased, the Socrates and Noah tape survived and was recently digitized in Los Angeles. Plans are underway to make the short available to the general public. While surely a modest production, Welles’s standing as one of the all-time great American filmmakers makes the Socrates and Noah find exciting news.[7]

In the 1960s, Joe Anderson was a young film professor at the University of Ohio. A fan of international cinema, particularly Italian Neorealism, Anderson recruited students and volunteers to film in rural Appalachian communities in a European style. The result was Spring Night, Summer Night, a tender drama about two step-siblings who fall in love. Anderson secured a spot at the 1968 New York Film Festival for his movie’s premiere, only for it to be bumped at the last minute to make room for a milestone in independent American cinema, John Cassavetes’s Faces.

Those who managed to see Spring Night, Summer Night at the time were big fans, though—including Martin Scorsese, who called it a perfect film. The film fell into obscurity, having been re-edited in the 1970s into a drive-in exploitation movie known as Miss Jessica Is Pregnant. The original version was thought lost until director Nicolas Winding Refn tracked down the original film elements and had it restored for free viewing on his website. The restored film also got its showing at the 2018 New York Film Festival—only 50 years after it almost premiered there.[8]

The Gold Diggers was a popular 1919 Broadway play that led to a Warner Bros. film series. The first film in the series, 1923’s The Gold Diggers, had long been considered among the many lost silent films. Incredibly, a poster on the silent film forum Nitrateville announced in 2019 that he had found the film near his home in central England. The seller he bought it from had said he originally bought it at a house clearance sale.

This is an example of how many lost films are found—in the homes of collectors. While buying theatrical film prints has always been an expensive proposition, making it somewhat of a rare hobby, it does give hope that many missing films are sitting in closets or attics right now. As for The Gold Diggers, it has made it from the attic to the internet, as it is now available to view on YouTube.[9]

Theda Bara was Hollywood’s original sex symbol, wearing risqué outfits for her time while pioneering the “Vamp” image of a man-hunting woman. Unfortunately, most of her films have not survived. Her 1917 version of Cleopatra is one of the most sought-after lost films, with the last known prints having fallen victim to vault fires.

So it was with some excitement when it was announced in late 2021 that fragments of her 1918 take on Salome had been found in a Spanish archive. No, the complete film was not found. But considering the extreme rarity of any Theda Bara footage, this is major news for the many fans Theda still has today—and many hope that more footage is still out there waiting to be found.[10]