Graduation marks the successful end of one journey and the commencement of another. It’s a time for celebrating past accomplishments and bright futures. Sadly, such festivities are not immune to violence…and murder. Here, we look at some recent graduation-related murders.

A May 2020 graduation party in southwest Indiana proved deadly for one young man. Paycin Kritlow, a South Dearborn High School graduate, was fatally shot at around 1:30 am.

The party was hosted by the family of Tyler Baker, a fellow grad and good friend of Kritlow. It was Tyler’s father, William Baker, who committed the murder. He shot the 18-year-old, then pulled a knife and threatened to slit his own throat.

William Baker, 47, told authorities he killed Kritlow because his 17-year-old daughter told him Kritlow had raped her. He took his .30-06 into a shed near the party, fixed his victim with the rifle’s scope, and shot the young man in the back.

But investigators interviewed Baker’s daughter and her friends, and all denied that no sexual assault had occurred. Further, the daughter indicated that she had never suggested such a thing to her father. William Baker was convicted of murder in November 2021 and is now serving 55 years.[1]

9 Family Murdered One Day Before Graduation

In July 2019, one day before his graduation, Menhaz Zaman murdered his father, mother, sister, and grandmother in their home. The 24-year-old had dropped out of college and did not want his family to find out.

Zaman, from Canada, told his family he was studying for an engineering degree at York University in Toronto. However, the young man had actually enrolled at Seneca College and failed his courses. He dropped out, spending time at the shopping mall and gym when his family thought he was attending classes.

Zaman texted friends after the killing, saying he had been “planning this for three years” and that while he was a “pathetic coward subhuman,” his “shaking has stopped.” Several people turned the electronic confession over to authorities.

Zaman told police that he killed his 50-year-old mother first. One hour later, he murdered his 70-year-old grandmother. Then he reportedly played video games and napped as he waited for his sister, 21, and father, 59, to arrive home to suffer the same fate.

Autopsies revealed that the victims were struck in the head with a crowbar-like instrument before their throats were slit. The prosecutor said, “These were horrible, monstrous, brutal killings. They took place in the family home…a place of security and sanctity.”

Zaman has been sentenced to life in prison. He will not be eligible for parole until he is 64 years old, nearly as old as his grandmother was when he murdered her.[2]

In June 2020, Tyana Johnson and 100 guests gathered in a Bronx park to celebrate the teen’s graduation. Johnson, 19, had completed her associate degree in business. Her friend Ahamad Branch, who had just graduated from high school, was serving as DJ. Johnson and Branch had announced the party via social media.

At around 11 pm, two men wearing hoods and masks arrived and fired eight shots into the crowd. Branch heard the gunshots but mistook them for fireworks. Johnson was struck multiple times and killed by a shot to the head. Two teenage boys and a man were also wounded.

Surveillance video showed three men walking close to the gunmen’s car when it pulled up near the party. One reached inside the front passenger window. After the shooting, four men got into the car and immediately picked up a fifth man before fleeing the scene.

The chief of detectives reported that Johnson was not the intended target. He pleaded with the public to help identify the gunmen, who have yet to be apprehended.[3] 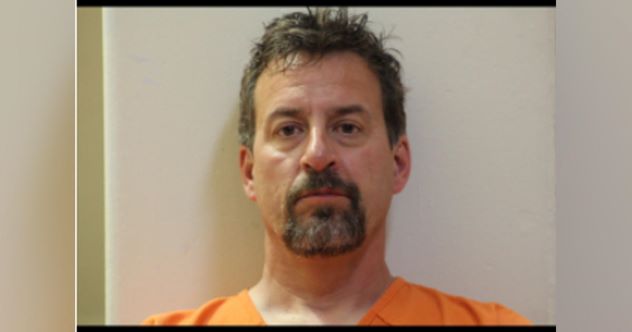 At a May 2021 graduation party in Pennsylvania, one man was killed, and another was arrested. Richard Rollison, 54, fired two shots into the chest of his 50-year-old neighbor, William Newman Jr.

Party guests told police they heard a “pop” shortly before 10:00 pm. Rollison’s daughter entered the sunroom at the back of the house where the shooting occurred and immediately called for her mother. Mrs. Rollison entered the sunroom to find her husband standing just outside the room and the victim lying on his back on a nearby concrete slab. She asked if the victim had been stabbed, and Rollison responded, “No, I shot him.”

The gunman was known to regularly carry a firearm on his person. He initially refused to answer investigators’ questions about the shooting, which witnesses report was a domestic dispute. Newman was an invited guest to the party.

Rollins pleaded guilty to a manslaughter charge to avoid going to trial. He will serve up to eight years in prison and pay restitution to his neighbor’s family.[4]

6 One Man Caught in the Crossfire

When officers responded to reports of gunfire at a 2019 graduation party in Mississippi, they found Arsenio Johnson with multiple gunshot wounds. The 28-year-old was pronounced dead at the scene.

More than 100 party guests were in attendance at the convention center. Shots were reportedly fired after an argument. Authorities believe Johnson was caught in the crossfire and was not the intended target. Two others were also injured, including a 15-year-old male who was shot in the butt as he walked from the convention center to his grandmother’s house nearby.

The gunman, 25-year-old Xavier Anderson, was finally arrested in April 2021 and charged with Johnson’s murder.[5]

A dispute at a family graduation party in May 2021 led to a shootout that left one man dead. Shantee Humphrey, 46, was killed, and two others were injured. Investigators determined that the shooting stemmed from a dispute that took place at the graduation party one day earlier.

The morning after the graduation party, Humphrey, a member of the family, returned to the Ohio home where the party was held and shot two of its residents. One of the victims, the homeowner, returned fire and killed Humphrey. His body was discovered by a SWAT team after the family was evacuated from the house. The recent graduate was one of the two injured.[6]

Arrest made in the overdose death of Belle Chasse student

In May 2021, in Louisiana, 18-year-old Hailey Deickman overdosed just days before her high school graduation.

Police arrested Franklin Senfles, 22, and charged him with second-degree murder in connection with the overdose death. Senfles sold fentanyl to Deickman, who believed she was purchasing oxycodone. The half-pill she ingested was enough to kill her.

U.S. Drug Enforcement Special Agent Brad Byerley says it’s difficult to tell the difference between real and counterfeit drugs. These counterfeit pills are disguised to look like oxycodone, pain medications, or Xanax. “What happens is people are buying these pills off the street, thinking they’re buying something that a health care provider prescribed to someone. Two milligrams of fentanyl can be a lethal dose, so one of our slogans is ‘one pill can kill.’ It’s crazy dangerous.”[7]

In June 2020, Lashanti Aayania Hester was killed in a drive-by shooting in South Carolina. Four people—Javon Newson, 20, Greterrious Zyquan Calhoun, 19, Brunyjah Rappley, 17, and Onjayla Wiggins, 17—were taken into custody for the murder of the 16-year-old, who was shot in the head while driving her vehicle.

The shooting appeared to be the result of an altercation among individuals attending a graduation party. The altercation started at the party venue, a local motel, and continued to a convenience store.

Hester was pronounced dead at 2:39 am, and her death was ruled a homicide.

“You imagine kids, teenagers so full of promise and potential, and to have their lives cut short is really tragic,” said a man who lives yards away from the scene. “Shocked that sort of violence would happen in this neighborhood that we love.”[8] 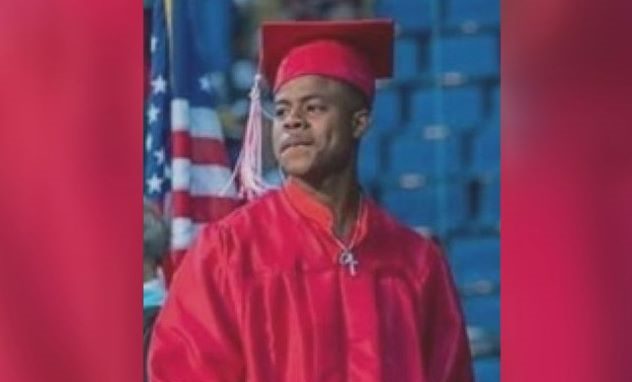 In May 2020, a large graduation party in Mississippi was breaking up when multiple cars drove by. A man with an automatic weapon appeared from the sunroom of the first car, and more shooters leaned out the windows of the other cars.

More than 100 shots were fired into the crowd. Incredibly, only four people were hit. Robert Tatum, 18, was killed. Police found his body in the street with a bullet in his head. The other gunshot victims were not seriously injured.

Brandon Walker, 20, and Sukrani Blakely, 19, were arrested and charged with tampering with evidence related to the shooting. No one has yet been arrested for the shooting.

The party, organized by parents of high school and college graduates, was staffed by private security and attended by nearly 300 guests. After police responded to a noise complaint at around midnight, the organizers decided to shut down the party. The shootings began shortly after the police left.

The police reviewed video footage and determined that multiple calibers of different guns confirmed there were multiple shooters. Based on the locations of the shell casings, it appeared that some of the shots came from the five cars, but others were discharged from the street.[9]

Police: 2 teens found dead in car on night before graduation

Four men were charged with killing two Maryland teens on the night before their high school graduation. Jose Canales-Yanez, Rony Galicia, and Edgar Garcia Gaona have been sentenced to life in prison without the possibility of parole. Roger Garcia, who fired at least six of the shots, was sentenced to 100 years: 30 years for each murder charge and 20 years for each handgun count.

Investigators determined that Shadi Adi Najjar, 17, was the intended victim, and Artem Ziberov, 18, was simply in the wrong place at the wrong time. The teens were found shot to death on June 5, 2017, in a blue Honda Civic. Najjar had been shot four times, and Ziberov ten times. Thirty shell casings were found at the scene.

Just before he died, Najjar texted someone saying he was going to sell a spare graduation ticket to Garcia. A week before the shooting, Garcia befriended Najjar, 17, on Snapchat to arrange the fake sale.

The motive: revenge. Court documents said the murder was “a violent ambush on two unsuspecting, defenseless teenagers,” motivated by revenge for Najjar’s having stolen “a fistful of marijuana” from Canales-Yanez’s girlfriend several months earlier.

Shortly before the murder, the shooters searched Google for a song called “I Kill for My Family,” which inspired their actions.[10]